President Biden on Monday honored the deaths of 500,000 Americans from COVID-19. It is a very large number, and commentator Sanjay Gupta at CNN had tears in his eyes because, he said, “they didn’t have to die.”

President Biden Honors 500K Dead. He didn’t say so, but they didn’t have to Die

Joe Biden is very good at. He held a somber ceremony at the White House which was carried live on the mainstream news networks and observed with appropriate gravity by nearly all who commented —except Fox News.

Fox News has joined the latest round of the right-wing online campaign seeking to fire Dr. Anthony Fauci, director of the National Institute of Allergy and Infectious Diseases. At the heart of this campaign is really an ongoing rebellion against health measures during the COVID-19 pandemic, whether in requirements for the public or even precautions by individuals.

During Friday’s edition of Fox News’ Outnumbered, the panelists repeated a number of false claims about the ongoing blackouts in Texas, both in an attempt to cover up negligence by the state government and private power utilities and to deny the role of climate change in severe weather events. Fox has been waging a sustained propaganda campaign attempting to blame renewable energy sources for the state’s crisis. By contrast, local media outlets in Texas have done a much better job at explaining how the breakdowns across all energy sources — including from fossil fuels, which still normally provide a majority of the state’s electricity — are the result of the state’s failure to adequately winterize its infrastructure, even after prior blackout events. But these facts were entirely left out of the conversation on Outnumbered.

Donald Trump and other fans are expressing support for Lou Dobbs after the sudden cancellation of his “number one news program” on Fox News, but liberals are so giddy they want other conservatives like Sean Hannity pulled.

Fox News helped create a problem that it is now exploiting

After repeatedly telling people that the election was stolen, Fox News now justifies efforts to overturn it because Republicans “feel” it was rigged | Media Matters for America

For Fox News, mass death in the U.S. was just the cost of doing business | Media Matters for America

That’s what Fox News did this year. The right-wing network has promoted coronavirus misinformation an estimated 13,551 times on its weekday programs over the course of the pandemic. And its lies had a deadly impact.

Misinformer of the Year: Fox News | Media Matters for America

Right-wing media have championed Sweden’s “low-scale” approach to the coronavirus pandemic as an alternative to stricter government mandates deployed in the United States. On Fox News, pundits argued that Sweden’s policies would allow its population to swiftly reach “herd immunity” and questioned why the U.S. was “locking down” instead. Now that country is rushing to tighten restrictions following rapid increases in cases, hospitalizations, and deaths that are far in excess of those of its neighbors.

This morning, CNN reported that Fox News “is instructing its talent not to call Joe Biden the ‘President-elect’ when the network calls the race.”

That feedback loop is likely to accelerate in the days leading up to and perhaps following the election, as Trump and his propagandists try to turn normal election difficulties into a scandal, potentially delegitimize millions of ballots, and bring to bear the GOP advantage in the courts. Here are 17 times this has happened so far this year.

Martha MacCallum, Fox News executive editor and anchor of The Story with Martha MacCallum, pushes right-wing narratives, pro-Trump talking points, and Republican spin during her on air appearances on Fox News. Part of the so-called “straight news” division, MacCallum has featured heavily in the network’s election coverage, as well as its promotional material, alongside anchor Bret Baier. Network executives have relied on the “straight news” operation to deflect criticism of the extreme racism and propaganda spewed nightly by opinion hosts like Tucker Carlson, Sean Hannity, and Laura Ingraham in an effort to deter advertisers from fleeing their toxic programming.

Fox News made him sick. For months, Fox has pumped poisonous, anti-science rhetoric into the airwaves, ensuring a sizeable portion of the population, including Trump, will refuse to do its part to help America heal. Fox has worked hard to divide the country and make it impossible to have a common sense conversation in times of crisis.

Some of Trump’s responses were so out of bounds that Ingraham appeared to subtly help him rephrase his comments to avoid any controversy that might hurt him in the election.

Trump was so unhinged on Fox News, Laura Ingraham tried (and failed) to coach him through it – GOOD

For all his paens to the middle class, Carlson’s show is propped up by its symbiotic relationships with a handful of extremely wealthy men. Fox honchos Rupert and Lachlan Murdoch have his back because they agree with his toxic rhetoric. Mike Lindell, the CEO of My Pillow, subsidizes the program with ads in order to build his own right-wing brand. And President Donald Trump turns to Carlson for advice while receiving political support from him. The Murdochs oversee a global media empire that has an outsized impact on the political dealings on three continents. The family made billions by selling parts of Fox’s parent company to Disney last year. Fox founder Rupert has owned an array of mansions along with a private plane and luxury yacht, while heir to the company Lachlan recently purchased a 25,000-square-foot Los Angeles estate for a record-breaking $150 million. Carlson is the Murdochs’ biggest star, garnering the largest audience in the history of cable news. And he does it by pushing the sort of hard-edged white nationalist messages they want. Rupert hand-picked Carlson, who had failed as a host on several other networks, for a prime-time Fox slot. And Lachlan reportedly wants Fox to be “unabashedly nationalist.” He also believes “Carlson’s overarching message on immigration [is] worth protecting,” according to CNN’s Brian Stelter’s new book Hoax: Donald Trump, Fox News, and the Dangerous Distortion of Truth.

When Tucker Carlson set off a firestorm of criticism on Wednesday — by describing a 17-year-old Trump supporter who opened fire on protesters in Kenosha, Wisconsin on Tuesday, killing two, as a well-meaning kid who decided he “had to maintain order” in the Democrat-run state because “no one else would” — the Fox News host was surfacing an idea that had already spread widely on the far-right.

The murder of Seth Rich was a family tragedy. Fox News helped make it a national spectacle that has haunted his loved ones for years

A Murder, a Conspiracy Theory, and the Lies of Fox News – Rolling Stone 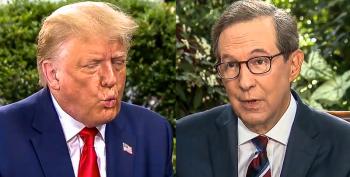 President Donald Trump tweeted in response to television programs he was watching nearly 300 times in the first six months of 2020, according to a Media Matters review. More than nine in 10 of those tweets came in response to Fox News or its sister network, Fox Business, as the right-wing channels maintained their unprecedented influence over the federal government.

via STUDY: Trump live-tweeted his television nearly 300 times in the first six months of 2020 | Media Matters for America 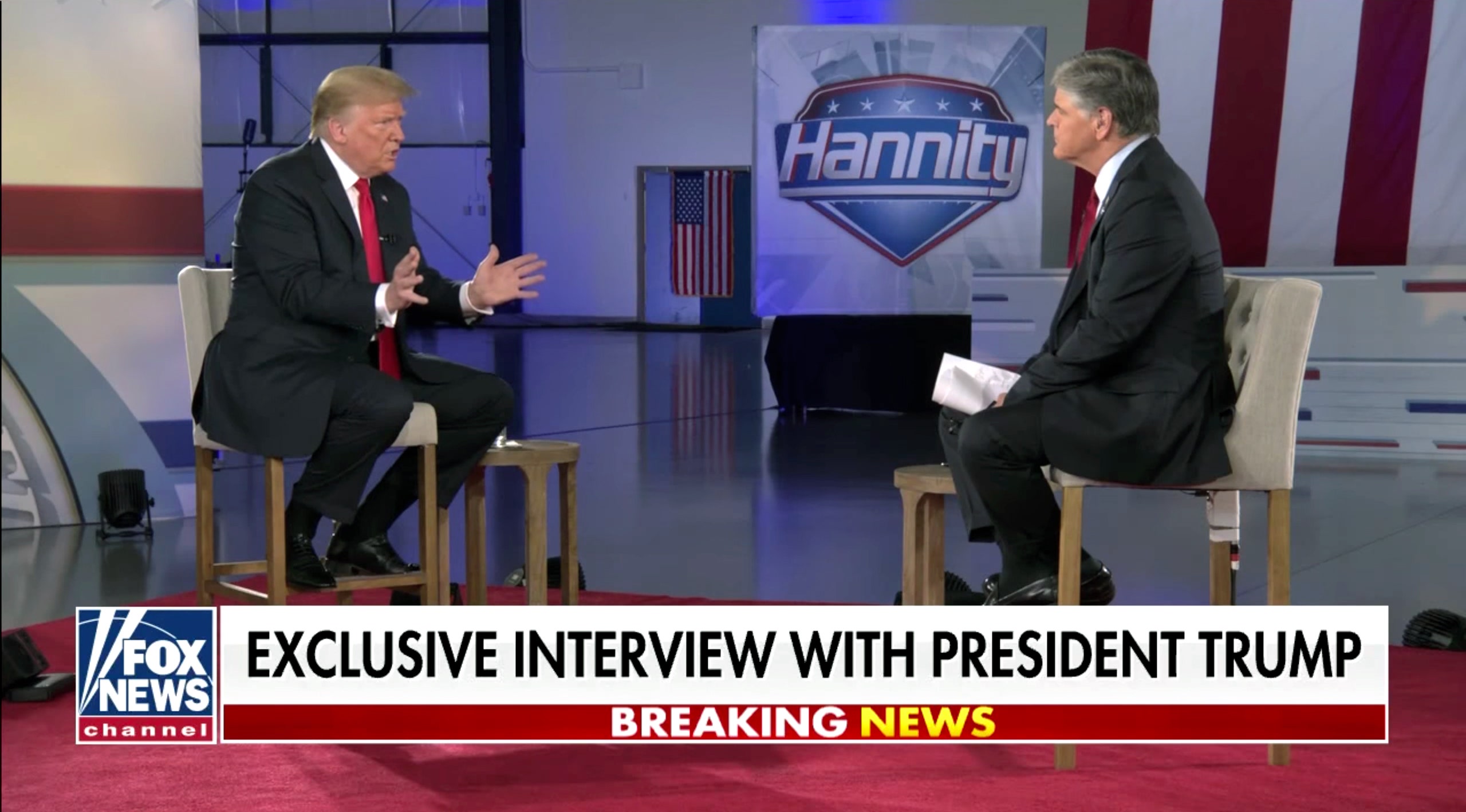 via Trump on FUX TV Touts Long-shot, Can’t-lose Gambit: ‘How to Overcome a Rigged, Corrupt Election? Just Trump It.’ | The Smirking Chimp 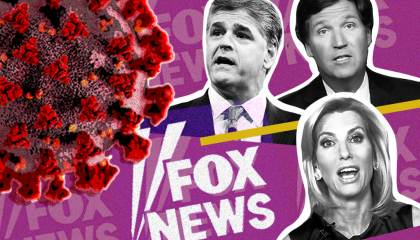 Fighting Fake News with REAL 23/5/20; Angus Taylor all rounder into bat for team Fraud; Sleeping Giants is what we should all be; Murdoch madness in plain sight;

Esteemed medical journal The Lancet on Friday took an unusual step towards calling on American voters to remove President Donald Trump from office in November, condemning the Trump administration’s “incoherent” response to the coronavirus pandemic and expressing shock at the CDC’s inability to cope with the public health crisis.

The journal’s frustration with Trump centered on the president’s downplaying of the pandemic and his refusal to coordinate a robust national effort of social distancing, lockdown orders, and a testing regime to stem the Covid-19 outbreak.

via Calling on Americans to Vote Trump Out, The Lancet Eviscerates US President Over ‘Incoherent’ Covid-19 Response | Common Dreams News Fighting Fake News with REAL; 6/5/20; Murdoch’s Monster Media; Carers are just numbers and disposables but unlike the military, they can’t simply be drafted to make up numbers; 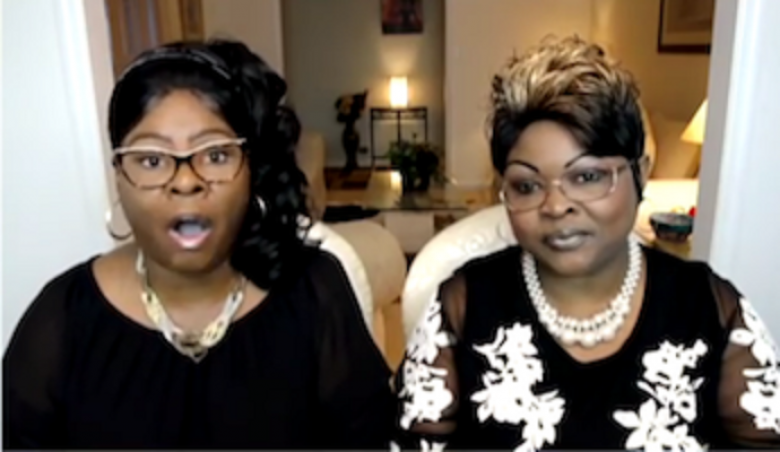 Fox News has fired a Fox Business contributor and now a couple of FoxNation contributors, but the real sources of misinformation remain: The entire primetime lineup. Every single one of them from Tucker Carlson to Sean Hannity is guilty of spreading misinformation about Donald Trump, COVID-19, Republicans and more. Maybe the only honest person left there is Chris Wallace, whom Trump is desperate for Fox to fire.

Until Fox News cleans up their primetime act, firings like this are just intended to pretend they actually give a damn about misinformation

via Fox News Fires Diamond And Silk But Keeps Hannity, Ingraham And Carlson | Crooks and Liars 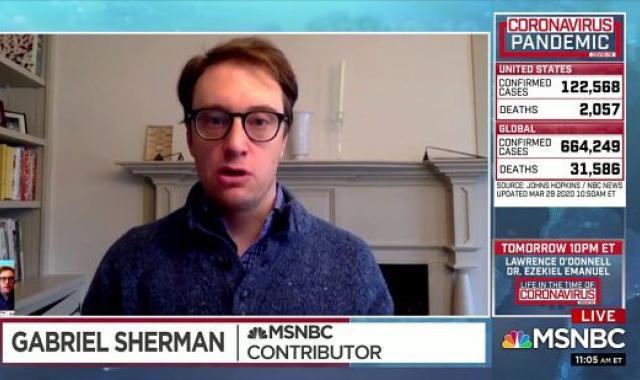 All Andrew Bolt does is spin the Fox Head Office line and he calls that work. He tried to convince us he works a 60 hour week plus, plus. Nothing he says rings of truth. (ODT)

via Could Fox ‘News’ Be Liable For Downplaying Coronavirus Risks? | Crooks and Liars 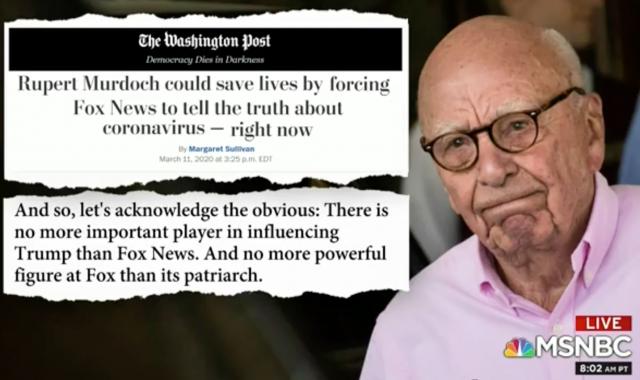 Eric Boehlert: ‘Fox News Is A Cancer On This Country’ | Crooks and Liars 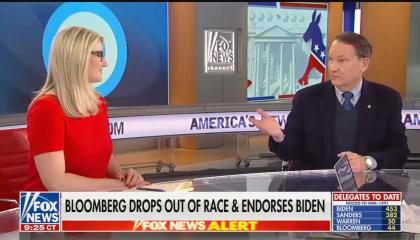 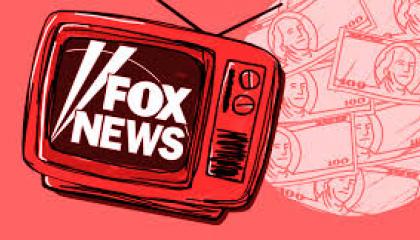 via Amid coronavirus fears, Fox News tries its best to blame Bernie Sanders and socialism for the stock market downturn | Media Matters for America 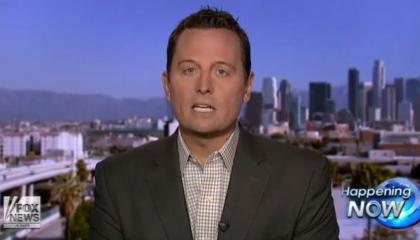 via Another former Fox News employee has a cabinet-level position. Here are some things to know about Richard Grenell. | Media Matters for America 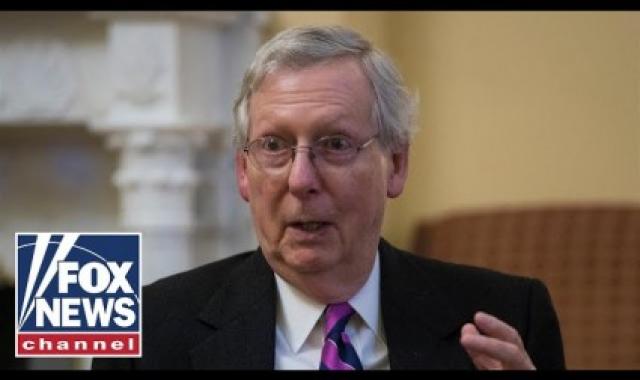 via Mulvaney Falls Apart As Chris Wallace Plays ‘Quid Pro Quo’ Tape: ‘That’s Not What I Said’ | Crooks and Liars 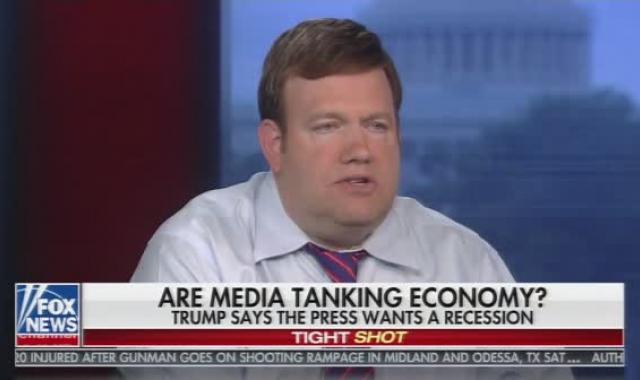 With his back to the wall Trump media now says he’s not running the country. Sounds like the voice of a bankrupt man(ODT)

via Frank Luntz Blames Media For Trying To Hurt Trump By Destroying The U.S. Economy | Crooks and Liars

Fighting Fake News with REAL,23/8/19; A Banana Republic in 3 years; Australia shaping itself to be a War Economy; You have to take time out to laugh;

Murdoch now is the Puppet Master

During his 60th rally as president, Donald Trump said, “Our radical Democrat opponents are driven by hatred, prejudice, and rage. They want to destroy you, and they want to destroy our country as we know it.” This rhetoric directly mirrors what Fox News personalities regularly say.

As a guest links Trump’s rhetoric with the rise in anti-Semitism, Fox News suddenly cuts to commercial

via ‘This Was a Coup’: Trump Spins out of Control in Rambling Call to Fox News | The Smirking Chimp

via Fox News may stop serving as a propaganda network for Trump — and Hannity is reportedly freaking out | Salon.com 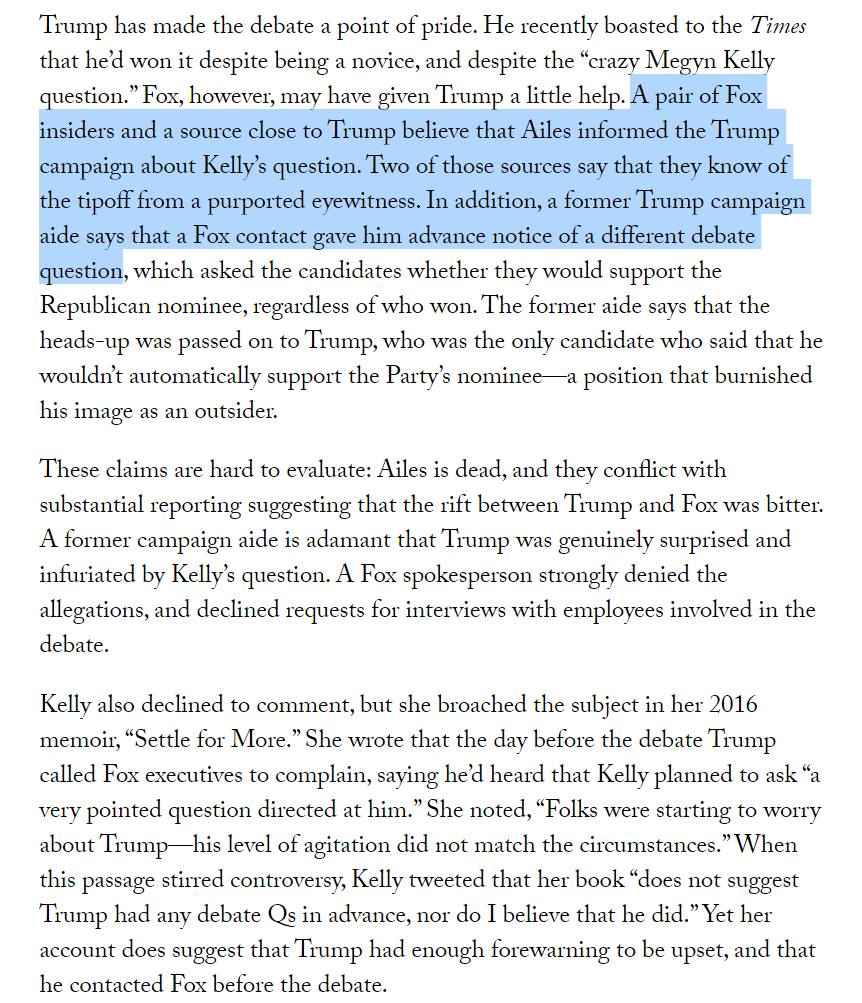 On the one hand, I’m glad Ms. Mayer’s story — rich with telling details as it is — exists in the world. And that fact that it was printed in The New Yorker has given it social media rocket fuel.

On the other hand, this feels so much like reading a weather report from 20 years ago that I don’t know whether to laugh or cry.