Fighting Fake News with REAL; 27/6/22; The World is moving LEFT; Borrow by the glass; Fox News- Roe Wade commented on by Men;

Fighting Fake News with REAL; 26/6/22; Gossip vs Fact what sells? LNP have no agenda so they’ve turned American; Rationalising and Industry gone rogue;

Dying with Covid not Living with it. We once cared

Fighting Fake News with REAL 11/6/22; Genius behind our Gas Prices; Who could Replace Morrison? Why won’t he move? CEOs are Rumpelstiltskins;

Fighting Fake News with REAL 4/6/22; Morrison sees the benefit of Social Housing; There’s No “I” in this Team; There has been only “I”s in the other

Fighting Fake News with REAL 2/6/22 What children want; What the Coalition want; What Australia has got;

Fighting Fake News with Real; 24/5/22; The Shovel, Multiculturalism and diversity flourish; Dutton and Guy will unite in opposition;

Fighting Fake News with REAL 23/5/22; Sky News Reports Albanese is once again the Leader of the Opposition; 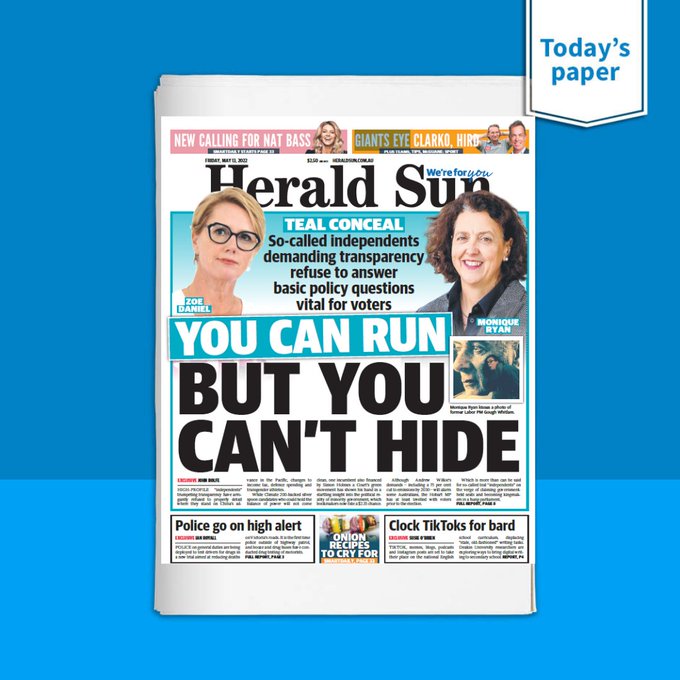 News Corpse’s business model is that of a paid influencer, not as a News organization. If the ALP wins nothing will change. However, the question of selling a fake product is rarely addressed other than by private defamation action. News isn’t opinion! Yet opinion is constantly on the front pages of News Corp mastheads. Yet, the Herald Sun isn’t sold as an “Opinion Paper”. Their impotence will be felt on their bottom line and editors might be sacked. However, their direction won’t change because they market themselves to those with the money and will continue to do so and they aren’t on the Left of the political spectrum. They will continue to promote fake news and opinion rather than the product they duplicitously promise but never deliver.They are the Peter Foster of Australia’s media without the record of arrests.

News Corporation’s dominance, and its bias, do matter. But they matter less than they used to. The evidence shows naked campaigning and biased reporting undermines trust, and that undermines the purpose of the exercise.

Fighting Fake News with REAL 14/5/22; LNP Last above the Line and Last on the Green Paper; Counterfiet Promises; Elections and War; Costello Josh and the UAP in bed;