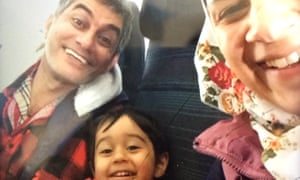 The two Canadians were arrested shortly after Huawei’s Meng Wanzhou was detained
During interrogation the pair will be put under immense pressure, a former ambassador to China says
China experts are concerned the pair are being used as political hostages

Last year, the Canadian government set an ambitious target of admitting 1 million total immigrants from 2018-2020. The target for next year is 330,000 immigrants, of which about 190,000 will be economic migrants. The remainder will enter under the family reunification category and the refugee, humanitarian and protected category.

via Why Canada’s immigration system has been a success, and what Australia can learn from it 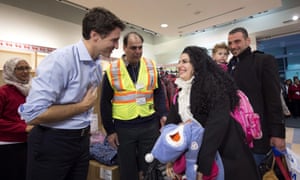 via Which nation is ‘most generous’ to refugees? Certainly not the US | Aryeh Neier | Opinion | The Guardian

It is big corporations, not small independent producers, who will reap the benefits of cannabis legalization in Canada – but what will that mean for musicians and artists?

via Goodbye counterculture: what will happen when weed goes corporate? | World news | The Guardian 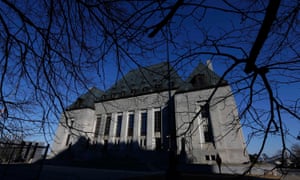 Source: Canadian judge to rape accuser: ‘Why couldn’t you just keep your knees together?’ | World news | The Guardian

A PROPOSED free mobility labour zone between Australia, New Zealand, the UK and Canada has strong support, according to a poll.

Palestine solidarity activists have proven they can exert pressure on Canadian politicians.

Source: Has Canada’s love affair with Israel reached its climax? | The Electronic Intifada

Andrew Bolt would have us believe Australia,NZ,Canada and USA all former British colonies treated their Indigenous populations entirely differently. That Church policies differed from country to country and that the notion of Christian kindness was applied differently in each location. If one assumes that then it follows the notion of an Anglosphere is as much a myth as British Colonial Rule. Cultural genocide was a fact then and  Bolt in pursuit of Assimilation advocates it today.

In the same week that Tony Abbott declared the dumping of Australia’s carbon price as his greatest achievement for women for 2014, one of his greatest allies in climate denial – Canadian PM Stephen Harper – has made what appears to be an about face on pricing carbon, conceding in an interview that he would be open to the idea of such a policy mechanism for the whole of Canada.

Just last week, Harper – whose approach to climate and energy policy has largely mirrored that of the Australian PM – called the idea of imposing federal rules on Canada’s oil and gas industry “crazy.”

“Under the current circumstances of the oil and gas sector, it would be crazy, it would be crazy economic policy to do unilateral penalties on that sector. We’re clearly not going to do it,” Harper said in the House of Commons.

Days later, however, Harper told a CBC News correspondent that he’d be open to using a carbon-pricing system like that implemented in the state of Alberta for the entire continent.

In Alberta, energy heavy polluting companies are required to reduce their energy intensity, or improve their energy efficiency, annually. If they don’t, they must contribute to a technology fund at $15 a tonne for carbon emissions.

“It’s not a levy, it’s a price. And there’s a tech fund in which … [the] private sector makes investments.”

Harper also told the interviewer his government was doing its bit in the fight against global warming, and that Canada’s greenhouse gas emissions had dropped on his watch.

This change of attitude from Harper on carbon pricing reflects badly on Tony Abbott, who just six months stood beside his Canadian counterpart – literally and figuratively – in taking a hard line against climate measures they described as economically reckless.

As CBC News reported in June, “the Canadian and Australian prime ministers, who praised each other’s policies and called each other by their first names, met in Ottawa as Abbott stopped in on his way to Washington, DC.

And it quoted Harper, who said “no matter what they say, no country is going to take actions that are going to deliberately destroy jobs and growth in their country. We are just a little more frank about that.

Abbott, meanwhile, has nominated the dumping of Australia’s world-leading carbon price as his top political achievement for the year – as Minister for Women.

“Well, you know, it is very important to do the right thing by families and households,” Abbott told Channel 9’s Today How on Monday morning.

“As many of us know, women are particularly focused on the household budget and the repeal of the carbon tax means a $550 a year benefit for the average family.” 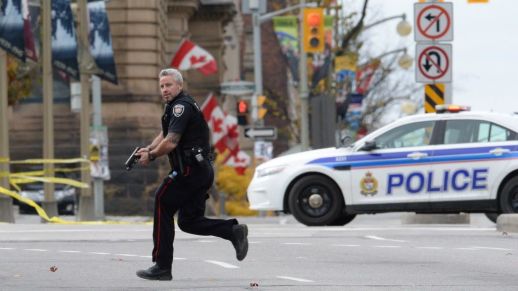 OTTAWA, ONTARIO (CT&P) – A masked gunman killed a soldier standing guard at Canada’s war memorial Wednesday, then stormed Parliament in an attack that was stopped cold when he was shot to death by the ceremonial sergeant-at-arms. Canada’s prime minister called it the country’s second terrorist attack in three days.

Investigators offered little information about the gunman, identified as 32-year-old petty criminal Michael Zehaf-Bibeau. But Prime Minister Stephen Harper said: “In the days to come we will learn about the terrorist and any accomplices he may have had.”

In a televised address to the nation, Canada’s prime minister said Wednesday’s fatal shooting of a Canadian soldier in Ottawa and a hit-and-run that killed another earlier this week are grim reminders that Canada is not immune to terrorism.

Harper said the two separate attacks will strengthen Canada’s resolve to work to keep Canada safe and work with allies around the world to fight terrorist organizations.

After the nearly twenty-minute speech, Prime Minister Harper then proceeded to repeat himself word-for-word in French, so no one who lives in Quebec would get their feelings hurt. The repetition turned what would have been an uplifting address to the nation into an almost hour-long marathon of political correctness run amok.

“It’s another example of why the Canadians are so difficult to work with,” said Andrew McCabe, head of the FBI’s Counterterrorism Division. “Every time I call up my counterpart in Ottawa the son of a bitch has to repeat every thing he says to me over the phone in French. It’s absolutely ridiculous.”

Current head of Homeland Security Jeh Johnson agreed with McCabe, and told reporters that Zehaf-Bibeau could have been apprehended before he got to the parliament building if the cops that were chasing him just shot his ass instead of trying to address him in two different languages.

“We think our friends from north of the border could decrease their response time by half just by dropping this idiotic regulation that law enforcement personnel have to repeat themselves in French every time they address a suspect,” said Johnson.

“I mean how ridiculous is it that you say “HALT! Stop or I’ll shoot!”, then immediately have to say “HALTE! Arrete ou je tire!” said an exasperated Johnson.

“The next thing you know they’ll have to include Arabic so as not to offend the fucking terrorist they are trying to apprehend!”