Can Dominic Perrottet and Chris Minns “do a Palaszczuk” and hike coal royalties on multinationals now reaping super-profits from the War in Ukraine, or are they too scared of a coal lobby backlash? Michael West reports on the Budget crisis facing NSW as voters head for an election in three months. 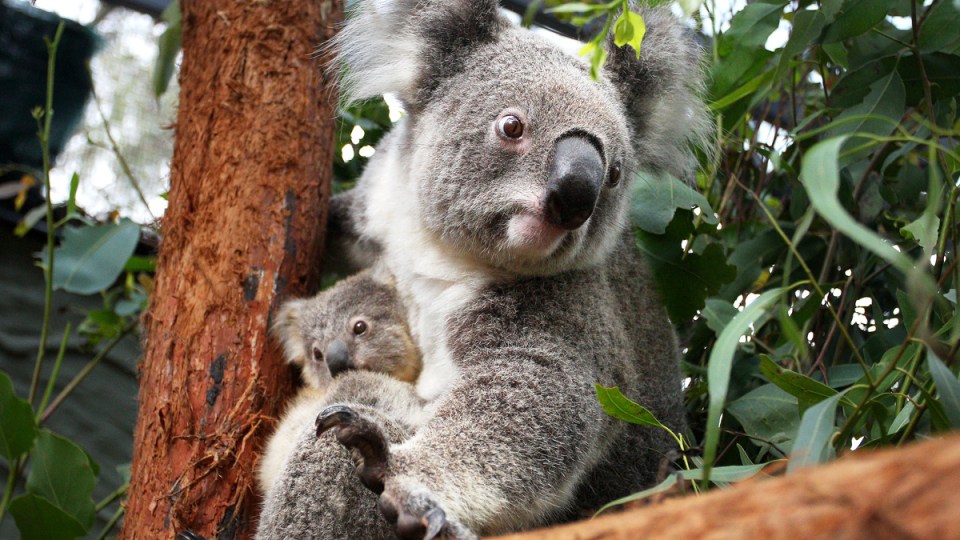 Koalas in NSW could be extinct by 2050 unless the government makes drastic changes to knocking down trees.

The EPA is urging the Government to order an independent review of Forestry Corporation NSW, which is facing new allegations after having just been fined for wiping out significant koala habitat, writes James Tremain. 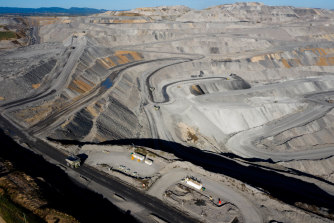 The mine employs 2000 people, just under 10 per cent of the state’s coal mining workforce. The mine has been digging up coal since 2002 and can produce 20 million tonnes of thermal coal per year.

Source: BHP announces NSW’s largest coal mine to close by 2030

The wave of “teal” independents that dislodged a swathe of “moderate” Liberal MPs in Saturday’s federal election is expected to seep into upcoming state elections in Victoria and New South Wales.

It’s always been apparent and obvious, to me at least, that opening up too soon without retaining other precautions such as masks and distancing was a recipe for an eventual return to more stringent restrictions, sooner or later. Perrottet may think that his hope-filled, glass-half-full approach to the virus and his almost crusading zeal to bring about a free and happy conclusion to two years of COVID-19 misery is the way to go. I have reservations about that, and I’m possibly in reasonably good company. To me, rather than bringing about a new freedom to the NSW people, it seems more likely that the state government has simply given up and feels it can no longer cope with this health emergency.

The mainstream media and Liberal Party through their lies and propaganda have created a breeding ground for violence and extremism, writes Hayden O’Connor. FORMER DEPUTY Chief Medical Officer turned Liberal Party spokesperson Nick Coatsworth declared this week on Today that those protesting the Andrews Government’s Pandemic Bill are doing so as a result of the Victorian Government’s “heavy-handed approaches” during COVID-19, highlighting the absence of such protests across the rest of Australia. The “heavy-handed approach” explanation for the protests put forward by Coatsworth and others is ridiculous. Victoria is not the only state to have had lockdowns or vaccine mandates and the proposed pandemic legislation actually increases transparency and switches the authorisation of public health orders from the Chief Health Officer to the Minister for Health, which is how it currently works in the “gold standard” state of New South Wales.

The 1,000-person convention centre at a Wagga Wagga gun club at the heart of corruption investigations is a major white elephant and not one of the “potential conference events” spruiked to get its $5.5 million grant have eventuated.

Source: EXCLUSIVE: ICAC gun club a failure prior to grant

Last weekend, hundreds gathered at Sydney’s Town Hall in support of LGBTIQ rights and by extension, in protest against NSW Premier Dominic Perrottet. Bearing signs that read ‘no right to discriminate’, the group drew attention to proposed legislation embodying what they considered to be the politician’s homophobic agenda. But how warranted is this fear? And what exactly do Dominic Perrottet’s family values mean for the future of diverse Australian families? 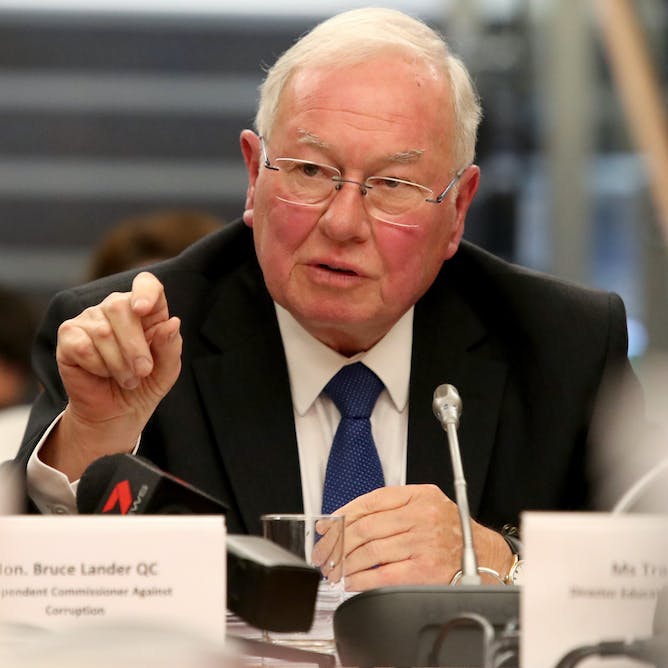 The NSW ICAC is celebrated for exposing corruption across politics, including the now-convicted former Labor ministers Eddie Obeid and Ian Macdonald. But as the third Liberal premier to resign as a result of ICAC scrutiny since 1992, Berejiklian’s demise is almost certain to provoke a backlash. The news followed the South Australia parliament passing sweeping amendments to its own Independent Commission Against Corruption (ICAC) last week, narrowing the scope of its operations and reducing its transparency. Get news curated by experts, not algorithms. Both events bring sharp focus to the right balance of powers for all such bodies, especially the long-awaited federal integrity commission, still in the works over two years after being promised by the Morrison government. However, South Australia’s reforms in particular point to why a political backlash against these important agencies would be extremely unwise.

Source: As a NSW premier falls and SA guts its anti-corruption commission, what are the lessons for integrity bodies in Australia? Opposition leaders and shadow ministries not getting enough air-time in traditional media, means that they’re unable to do their job keeping governments, ministers, and portfolios to account. We aren’t a democracy without their contributions. A prime example of this is NSW Opposition leader Chris Minns. Last week when NSW Premier Gladys Berejiklian, made the shock announcement about the daily Covid pressers, Minns announced his own presser for the vacated timeslot. Despite Berejiklian saying that Sunday was her last presser she held another one yesterday. Minns held his short presser yesterday at 11am via Facebook with his Shadow Health Minister, Ryan Park. The lack of dead corporate language used as well as their to-the-point communication style was refreshing. Key points made were about the need for the NSW government to do daily pressers with clear communication, and the need for the opportunity to scrutinise decisions that they make. Other points made were about our healthcare system being in crisis, for Berejiklian to be accountable, and for other people in her Covid management team to do the pressers if she can not.

Yes, we have a ‘roadmap’ all the way out of Covid NSW and Health Minister Hazzard is sprouting thought bubbles just like Morrison, now that we won’t be listening to him and Gladys every day – Less bags of wind and heaps more sun and fresh air. That will sort everything out all the way to Christmas. Hell let’s not wait till mid-October, we can start opening up right now – Hunger games are just getting started.

Yes Minister and Politi-Speak : Sussan Ley controls the world’s coal demand and use

Ley wrote that she had found the mine’s expansion was unlikely to lead to an increase in global average surface temperatures, based on advice she received from the department. She said this was because the mine was unlikely to cause more coal to be consumed globally than would be consumed if she refused the project. She also found the project was unlikely to cause harm to human safety because it was likely that a comparable amount of coal would be consumed in its place if she rejected the development. She concluded that this meant the project would not result in an increase in global greenhouse gas emissions – a finding Lock the Gate labelled “bizarre”. 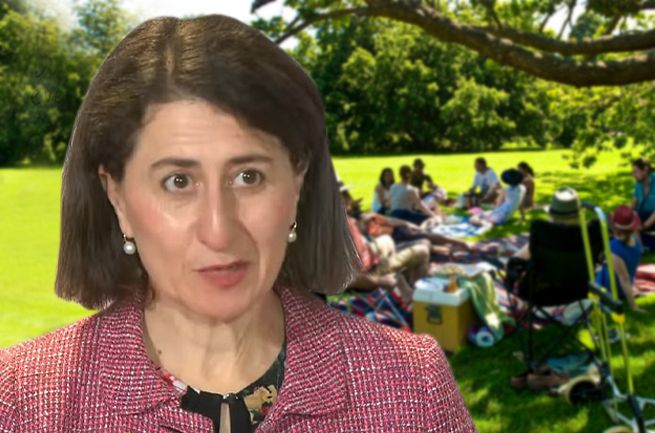 One of the consequences of managing the COVID-19 pandemic is highlighting the divide between socioeconomic classes,

Source: Picnics for the rich and curfews for the poor

Fighting Fake News with REAL 22/8/21 When A Do-Nothing is Captain of the Team; NSW leads the way; Morrison’s Rescue System; Morrison’s Australia is a Global Time Warp;

The weakness of the Australian Government is on full display in southwest Sydney this week, disguised as a show of force. The incapacity of NSW Premier Gladys Berejklian’s “gold standard” Government to contain the latest outbreak of COVID-19 has become a political liability for Prime Minister Scott Morrison. So, as has become standard in such situations, Morrison called in the army, offering 300 troops for what was described as a “crackdown” on compliance with COVID-19 regulations.

Source: Government reliance on army for lockdowns a weak move

A worrying coronavirus outbreak in a NSW aged care facility sparked by a Christmas in July event has ballooned out to 20 cases. The cluster at the Wyoming Residential Aged Care Facility in the Sydney suburb of Summer Hill included 18 residents and two staff members by Monday afternoon. Health Minister Brad Hazzard said the outbreak had been sparked by a super-spreader ‘Christmas in July’ event at the facility, which is owned by Hardi Aged Care and regulated by the federal government. “I understand that the actual numbers are believed to have occurred off a super-spreading event that occurred in the aged care facility,” Mr Hazzard said. “Sometimes it isn’t a good idea to have a ‘Christmas in July’ right in the middle of a pandemic, but I do understand that it is an effort to try and provide entertainment and support to residents.” Chief health officer Dr Kerry Chant said all of the infected residents lived on the top floor of the building. She said the entire floor, all 32 residents, had been taken to hospital either to be treated for the virus or as a precaution. “The reason for that is that some of them are obviously positive and others are close contacts of the positive c

Fighting Fake News with REAL 30/7/21; Australia Systemically Structured Not To Serve Us; NSW, Billionaires and Climate Change; The Cost of Power Ashbygate; 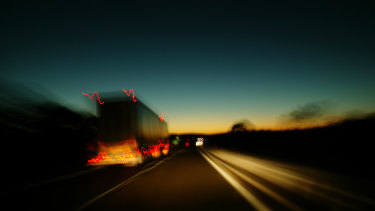 The Victorian Transport Association says thousands of truck drivers are crossing the state’s border each day without a permit and shunning testing requirements designed to shield against the NSW coronavirus outbreak. The peak industry body estimates between 15,000 and 19,000 trucks are entering Victoria daily, the vast majority from NSW. A Victorian government spokesperson said there were 9800 valid permit holders. 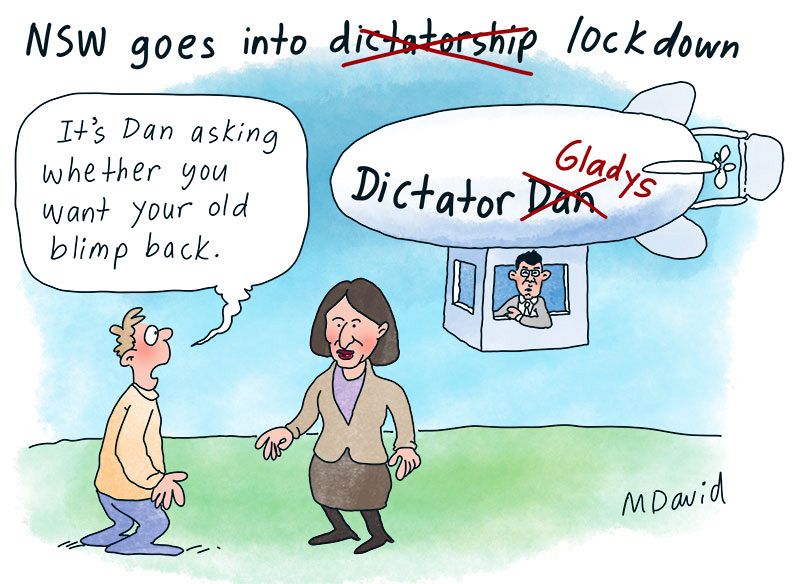 Scott and Gladys were so intent on dividing the country they forgot that pride comes before a fall. They both failed the test of leadership blinded by their populist electioneering. Now they are looking at others to blame when all they need is a mirror.

Watching New South Wales Premier Gladys Berejiklian and her “gold standard” pandemic management unravel before our eyes is a bittersweet moment for many people — Victorians, in particular.For months on end, Gladys has been held up as the model all should follow. We have heard that Gladys’ gold standard contact tracing was second to none. That her approach to handling the pandemic was far superior to her mere mortal non-Liberal counterparts around the country. Even that she single-handedly “saved Australia”. 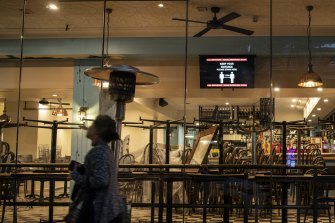 Listen, Victoria . . . We’re sorry, ok? A couple of months ago, Gladys Berejiklian spoke for much of the state when she said: “I fear for Victoria and I worry about what their government may do. I hope we have demonstrated to other states it is possible to manage an outbreak and not shut down a city.” Not one of us shouted her down, at least not publicly. We so assumed that in this state our systems were better than yours that we either just pitied you and your endless lockdowns, or looked down our long noses at how badly you had stuffed it up. And now look at us. We stuffed it up by not doing what you told us to do: go early, go hard.

Source: We’re sorry we looked down on you Victoria – see you on the other side of lockdown

Yes, confirmation bias is hard to overcome. If I use Gladys Berejiklian as my final example, I have to ask myself would I be upset if the premier of my state had kept their relationship with a corrupt politician a secret, failed to declare various conflicts of interest, shredded documents and removed computer files that gave information about pork-barrelling, failed to make masks mandatory because well, it’s just more rules, isn’t it, told us that there’s no real concerns about behaviour that some consider corrupt because everybody is and failed to protect koalas? Somehow I don’t think I’d be saying that they’re only human. 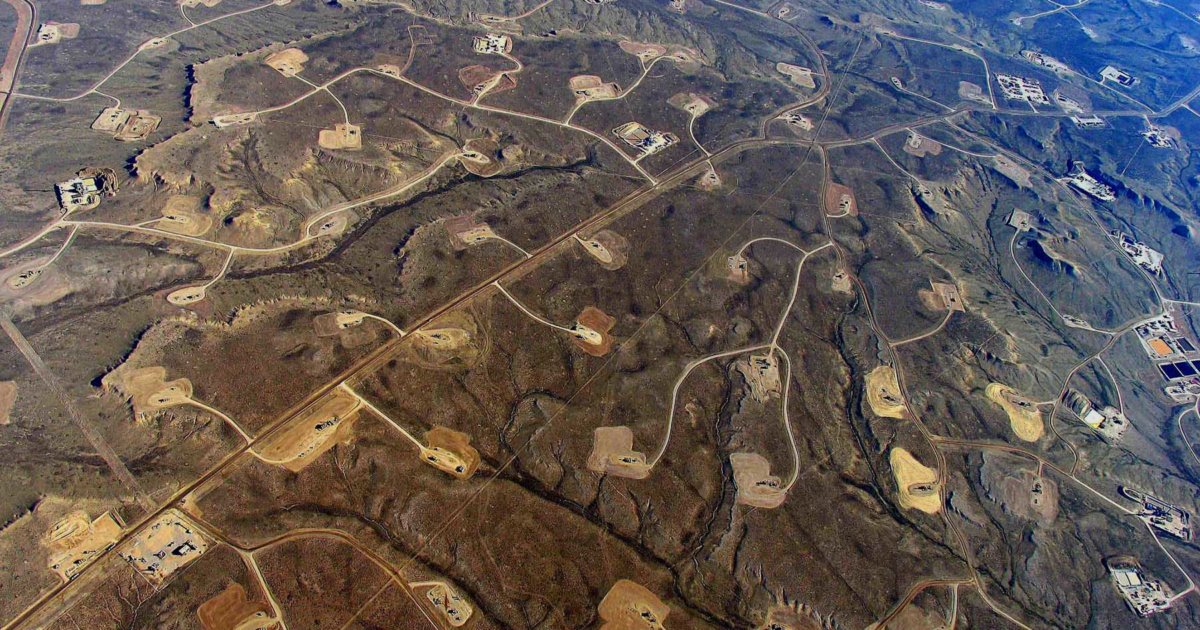 The independent hearings into one of the most controversial projects in NSW history, Santos’ coal seam gas dream for Narrabri, are wrapping up. Meanwhile, new NSW guidelines to fast-track developments look set to turn into a nightmare for community groups, writes Callum Foote. 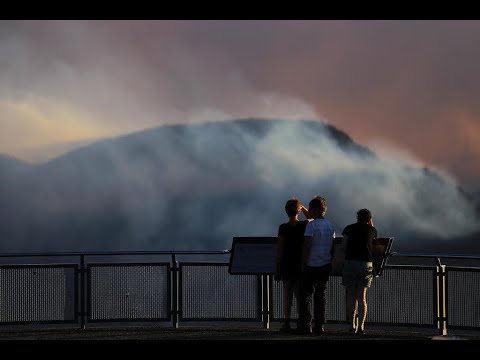 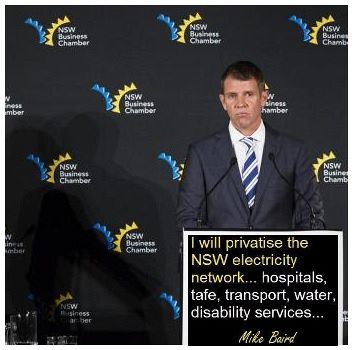 Mr Colgate: The other side of Mike Baird.