With support from the Australian government, the Adani corporation is pushing ahead with an environmentally destructive coal mine in Queensland. But the traditional Aboriginal owners of the land, the Wangan and Jagalingou nation, are waging a determined fight to stop them.

Source: In Australia, the Wangan and Jagalingou Nation Is Standing Against the Disastrous Carmichael Coal Mine

Dr John Jiggens gives an outsider-insider view of a journalist running as an independent candidate of the South Brisbane electorate.

How the media will affect the Queensland Election outcome There is nothing wrong with offering or paying for sex services by consenting adults. I think there has been a general taboo about talking about or doing anything sexual for far too long. Slut shaming is a very real thing and begins from an early age. There is still time to make a difference and jump on the second wave of the sexual revolution bandwagon and advocate for complete decriminalisation for sex workers in Queensland. Lobby your local MP’s, write emails and letters in support even if you aren’t a provider, just because it’s the right thing to do. Let your friends and family know that you are in support of sex worker rights and tell them why. All we want is a safer work place, the ability to ask for help and to receive support when it is needed. A win/win for everyone in my book!

via The Peters and the Pauls: The fight for sex work decriminalisation in Queensland – » The Australian Independent Media Network one single wind renewable project in that region creates, all by itself, 350 jobs. That number will fritter down once the construction phase has finished. But, there are 10 more solar projects approved and one more under consideration for the region. And we are talking about just one small Council in Nth Qld.

So … one single wind renewable project in that region creates, all by itself, 350 jobs … – » The Australian Independent Media Network While a Galaxy poll published on Friday suggested Labor’s Annastacia Palaszczuk would hang on thanks to a 52-48 lead, the idea that One Nation would cut such a swathe through the Liberal-National Party, while crashing itself, has caught many off-guard.

Mr Christensen aside, probably the two unhappiest people on Saturday night were the LNP leader Tim Nicholls, and Ms Hanson, whose party looks to have secured just a single seat – that of Mirani. Pauline Hanson struggled only marginally more successfully than Roberts to deny she was crushed by her party’s performance in the state election.

Queensland election: One Nation sags as Labor starts to party

New claims of brutality emerge from a Queensland juvenile detention centre in the wake of a Four Corners report into abuse at a NT facility.

ANALYSIS: The Queensland government has all but approved the largest coal mine in Australia’s history. They’re treating voters with contempt when they ask them to believe this could possibly be ‘sustainable’, writes Thom Mitchell. With plans to extract 60 million tonnes of coal each year for sixty years, and a footprint 10 times the size of theMore

Source: Queensland Labor Has Turned Its Back On The Climate, The Reef, And The Electorate – New Matilda

Would you take advice from this man? – » The Australian Independent Media Network.

Tens of thousands of people have taken to the streets in Madrid in support of new anti-austerity party Podemos, a week after Greece elected its hard-left ally Syriza.

The protesters chanted “Yes we can” as they made their way from Madrid city hall to the central Puerta del Sol square.

The party and its anti-austerity message have been surging in polls ahead of elections later this year.

“There are many people that agree with the need for change. Enough already with stealing – that the corrupt take everything and we can’t do anything,” said Dori Sanchez, a 23-year-old unemployed teacher who came from Manovar in south-eastern Spain for the rally.

Podemos said 260 buses brought supporters to the capital from across Spain for the rally referred to as the March for Change, with hundreds of locals signed on to host travellers.

Demonstrators carried banners that read “Universal Basic Income”, “Tick, tock it’s time for change” and “Together we can”.

Syriza beat mainstream Greek parties by pledging to end austerity, as Podemos aims to do in Spain’s general election due in November.

Podemos was formed a year ago but has surged in opinion polls with promises to fight what Iglesias called the traditional “caste” of political leaders.

Like Syriza, Podemos found popular support by targeting corruption and rejecting austerity programs aimed at lifting the countries out of deep economic crisis.

The party struck a chord with Spaniards enraged by a string of corruption scandals, as well as public spending cuts imposed by the conservative ruling party and previously by the Socialists after the economic crisis erupted in 2008.

Spain has now officially exited recession – the country’s economy grew by 1.4 per cent last year according to provisional data released Friday – but nearly one in four workers are still unemployed.

Salaries for many people have dropped and the number of workers on low-paid short-term contracts soared.

Party born out of protest movement

Podemos was born out of the Indignant protest movement which occupied squares across Spain in 2011 demanding political change at the height of Spain’s economic crisis.

While the street protest movement has died down since 2013, some of the Indignant leaders formed Podemos in January 2014.

Four months later, the party won five seats in the European parliament, with more than 1.2 million Spaniards voting for it.

Podemos has overtaken the mainstream opposition Socialist Party in several opinion polls, and in some has topped the list ahead of the conservative ruling People’s Party (PP).

The Socialists and the PP have ruled Spain alternately since the country returned to democracy after the death of the dictator Francisco Franco in 1975.

Prime minister Mariano Rajoy has warned Spaniards not to “play Russian roulette” by supporting Podemos, which he said “promises the moon and the sun” but will not deliver.

Critics of Podemos have accused it of having links to Venezuela’s left-wing leaders and alleged fiscal irregularities by some of its top members.

The party’s leaders have promised to publish their tax returns to dispel the allegations.

More on this story 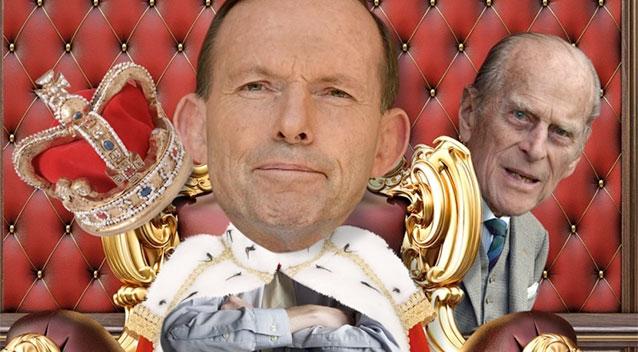 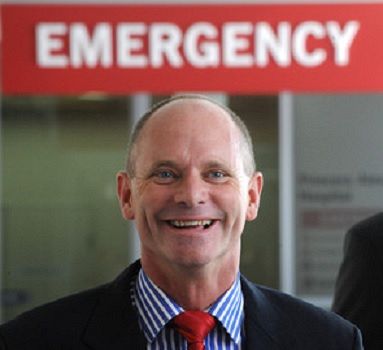 Beware people, the word terrorist can be (and is being, read below for an extract of the parliamentary speech made by this right wing nut job) broadly applied to those who oppose the Abbott government. I wonder which Coalition MP will be the first to apply the word terrorist to the Union movement? Watch this space.

“We will call out their falsehoods and call for the Extremists to be treated the same as anyone else who commits a crime or an act of terrorism.”

“The extremists are the large, well organised, and very well-funded organisations who use fear and blackmail to coerce the government and the public into adopting their extreme political and ideological views.”

“Today, I put the Extreme Greens on notice,” he said. “North Queensland will not bow down to eco-terrorists. We will not allow them to lie, to smear, to defame, and to break the law for their own political purposes.”