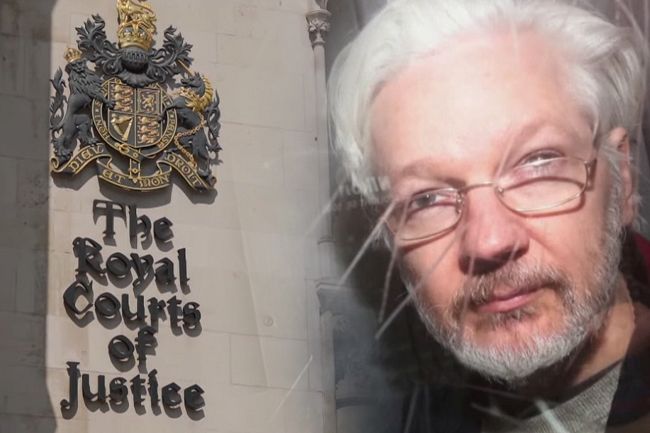 As the High Court’s final decision on the Julian Assange trial draws nearer, John Pilger bears witness to the latest development in the attack on journalistic integrity.

Source: JOHN PILGER: A day in the death of British justice 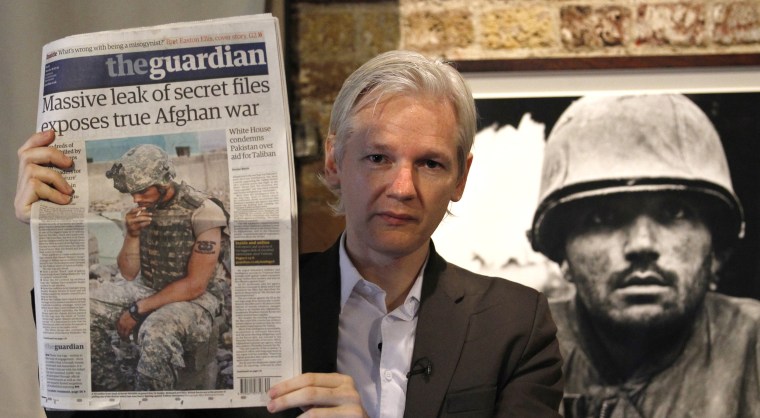 The criminal ruling class has all of us locked in its death grip. It cannot be reformed. It has abolished the rule of law. It obscures and falsifies the truth. It seeks the consolidation of its obscene wealth and power. And so, to quote the Queen of Hearts, metaphorically of course, I say, “Off with their heads.”

Source: World’s Most Powerful Imprison Julian Assange for His Virtues — Not His Vices | The Smirking Chimp 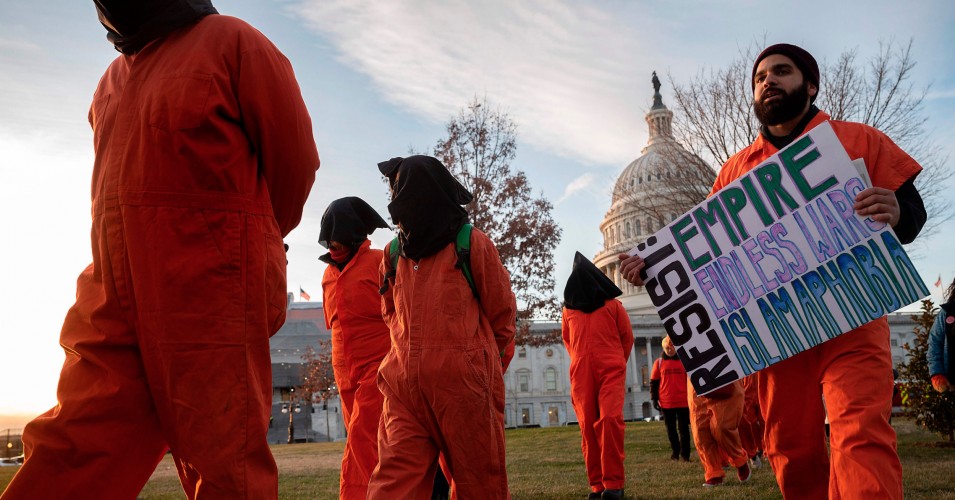 “After years of indefinite detention without charge or trial; a history of torture and cruel, inhuman, and degrading treatment; and multiple attempts at a thoroughly failed and discredited military commission process, it is past time to close Guantánamo’s detention facility and end indefinite detention.”
—24 senators

A successful prosecution of the WikiLeaks founder could empower the government to go after journalists for publishing classified information.

Continued Push for Assange’s Extradition Is Bad News for Journalism

“Mr. Assange is not a criminal convict and poses no threat to anyone, so his prolonged solitary confinement in a high security prison is neither necessary nor proportionate and clearly lacks any legal basis.”

The Australian government’s treatment of Julian Assange has revealed more than a library of leaked documents ever could about how power is exercised in the relationship with the United States, writes Andrew Fowler. 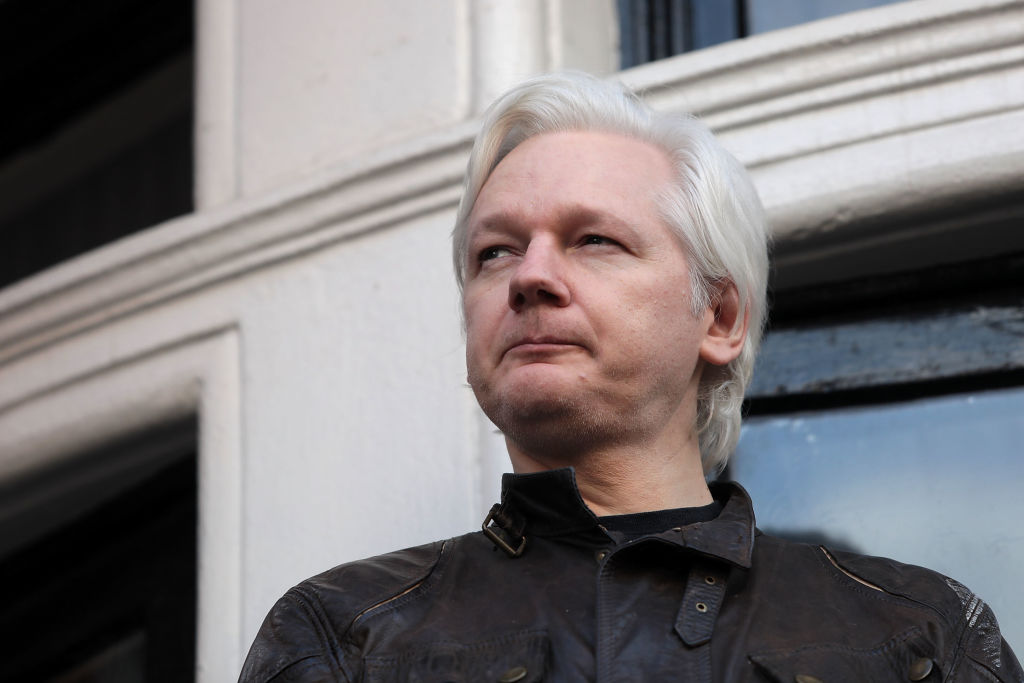 Fighting Fake News with REAL, 19/10/20, ABC to step in for FB and Google? Julian Assange, Morrison gets his instructions from God as well;

JOHN PILGER: Eyewitness to the agony of Julian Assange 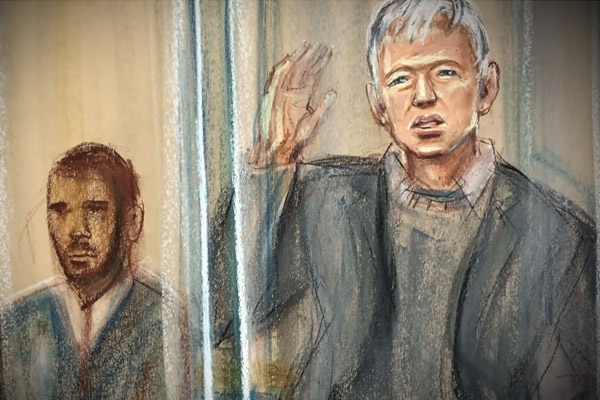 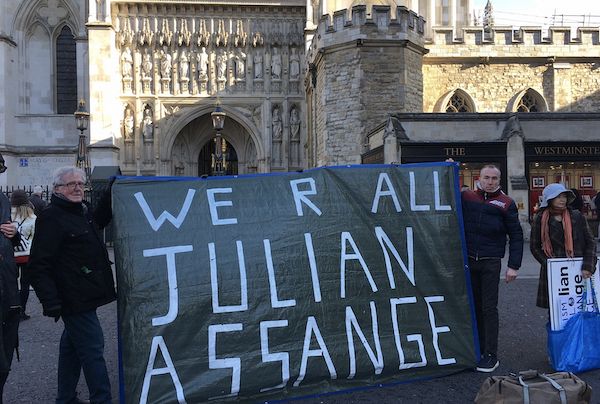 It’s time to bring Julian Assange home. Torturing and punishing him has never been legitimate and serves absolutely no purpose.

It’s time to recognise that anonymous leaking is here to stay and promote the world changing benefits that this system of mass education will deliver.

How can I be sure anonymous leaking is here to stay? Like Gutenberg’s printing press, WikiLeaks is not a one-off unit, it is a model for how to approach and overcome an issue. Many printing presses were built after Gutenberg revealed the concept and they were soon powered, automated and churning out printed material in huge volumes.

The same has happened with Julian Assange’s concept of a mechanism and technologies that can support anonymous leaking. A group called The Freedom of The Press Foundation, founded among others by Daniel Ellsberg, the man famous for leaking the Pentagon Papers that exposed the lies about the War in Vietnam, created a freely available WikiLeaks-like system called SecureDrop that is now in use by many news organisations.

And a number of these SecureDrop implementations are multi-national and so shield the recipient from AFP-style raids as they exist out there … somewhere … out of AFP and Australian authority reach … out of the reach of any other nation attempting to clamp down on anonymous leaking.

The WikiLeaks style anonymous leaking genie is out of the bottle and is not going back in. 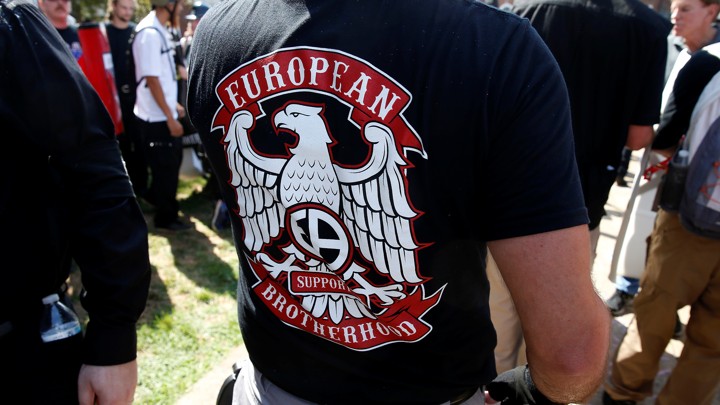 The fight against Fake News with Real, 29/7/19; I’m a proud white man and saint shot with the slings and arrows of Black Racists; Assange Vs the USA; 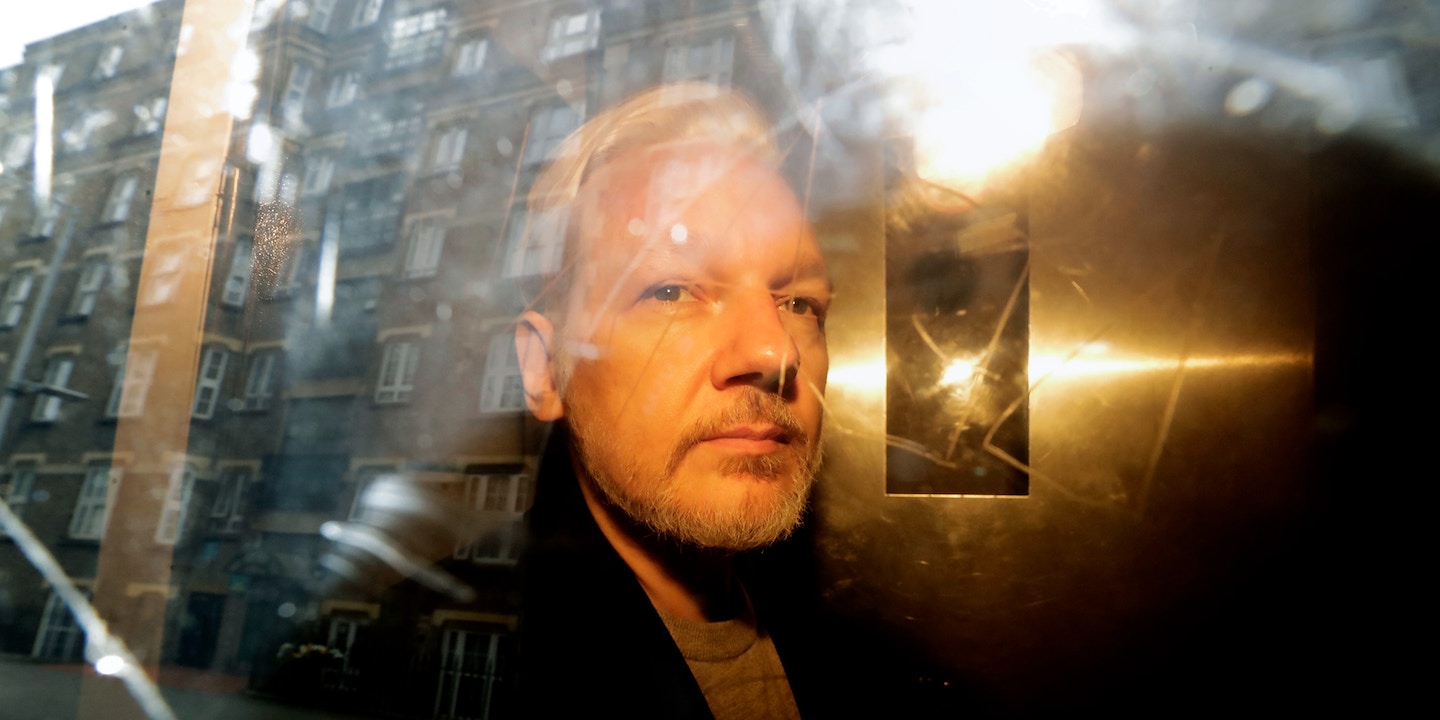 If the government gets to define journalism, what’s to stop it from making similar rulings about any outlet whose coverage it doesn’t like?

The Psychology Of Getting Julian Assange, Part 5: War Propaganda 101

Ever wonder why left wing trolls hate Julian Assange so much? And why maybe you’re…More via First Julian Assange, Then Us 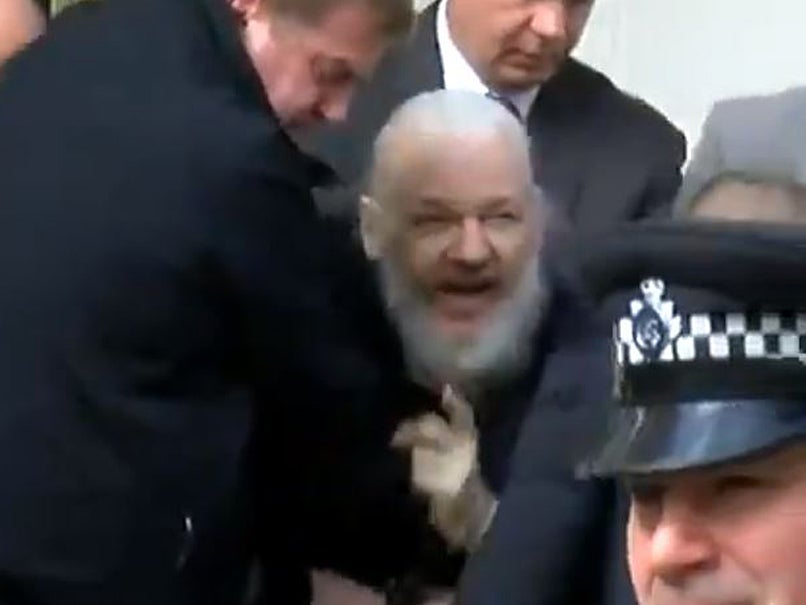 Andrew Bolt’s Blog, 12/4/19; Letting loose the Dogs of Law to hound one man; The Daily Telegraph’s eagerness to turn a profit deservedly landed it in court; What the Islamophobic promoters don’t want you to understand; 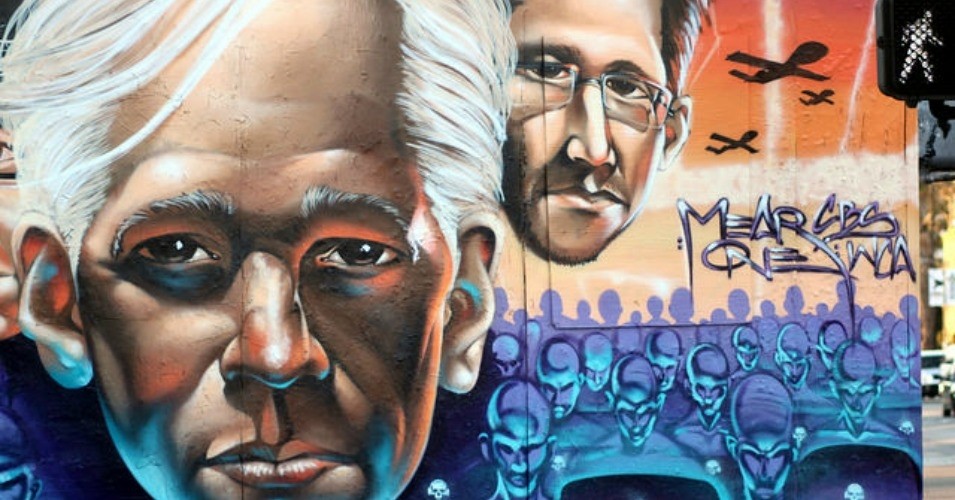 Following confirmation that the U.S. Department of Justice does have a sealed complaint against Wikileaks publisher Julian Assange—seemingly based on his work exposing the classified secrets of high-level U.S. government institutions and officials—NSA whistleblower Edward Snowden on Friday afternoon spoke out against any arrest or prosecution of the journalist, saying that one “cannot support the prosecution of a publisher for publishing without narrowing the basic rights every newspaper relies on.” Snowden’s comments echoed those of other defenders of press freedoms, but carries special weight as someone, like Assange, who has sacrificed his freedom in the name of exposing the secrets of the world’s powerful.

Source: Snowden Speaks Out for Assange: ‘If You Would Deny a Thing to Your Enemy, It Is Not a Right’ 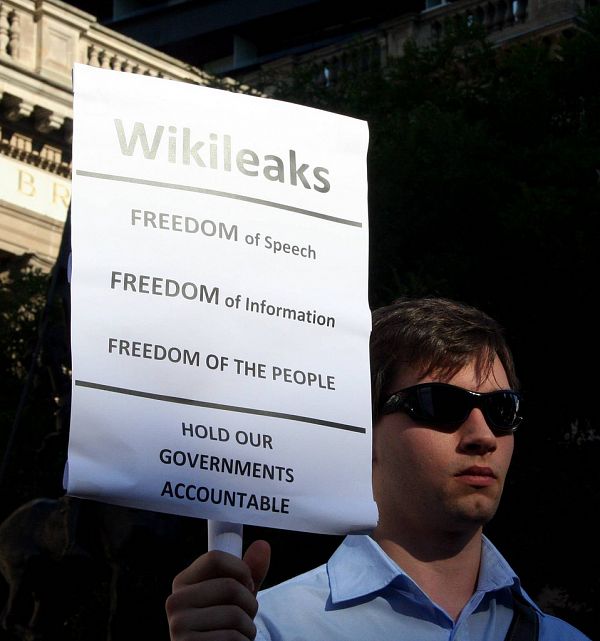 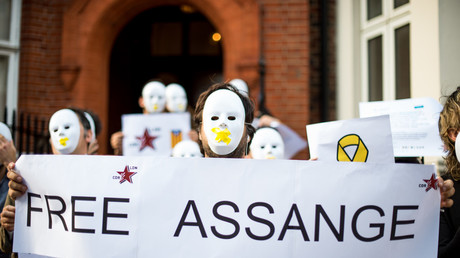 If ‘Dirty Dossier’ author Christopher Steele deserves protection under the 1st Amendment but WikiLeaks’ Julian Assange doesn’t, then the concept of a free press is merely a distant memory. There are growing signs that the Ecuadorean government of Lenín Moreno is preparing to evict Assange and turn him over to British police. Moreno and his foreign minister, José Valencia, have confirmed they are in negotiations with the British government to “resolve” the fate of Assange. Moreno, who will visit Britain in a few weeks, calls Assange an “inherited problem” and “a stone in the shoe” and has referred to him as a “hacker.” It appears that under a Moreno government Assange is no longer welcome in Ecuador. His only hope now is safe passage to his native Australia or another country willing to give him asylum.

via The War on Assange Is a War on Press Freedom 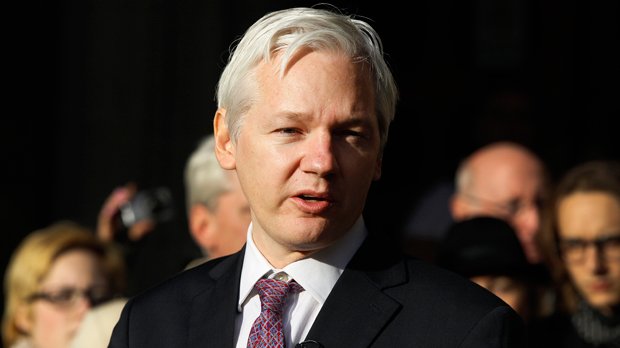 What does all this mean? Over two years have passed without any further comment about the WGAD’s findings by the Turnbull Government. Now the Government is paying lip service to the existence and role of the WGAD – as it must as a conscientious member of the United Nations – but refusing publicly to accept or even acknowledge its findings in relation to Mr Assange’s detention, let alone in any way trying to address them.

Given our Government’s demonstrated capacity, when it puts its mind to it, to effect the early release of Australian citizens from curial processes and prisons in other countries – and given that the foundational proceedings against Assange by Sweden have now evaporated – it surely has an obligation to act on the findings of the WGAD and negotiate the safe repatriation of Mr Assange from England back to Australia. 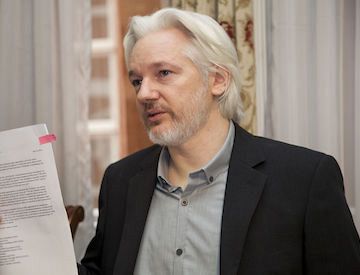 We call on the Government of Ecuador to allow Julian Assange his right of freedom of speech.

If it was ever clear that the case of Julian Assange was never just a legal case, but a struggle for the protection of basic human rights, it is now.

via The isolation of Julian Assange must stop 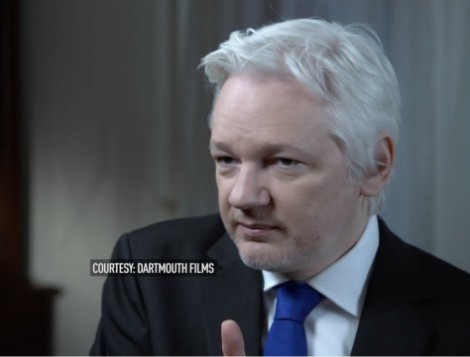 (MINTPRESS) Speaking from Ecuador’s embassy in London, Julian Assange revealed that the United States planned to overthrow the Syrian government as far back as 2006, several years before the start of the current crisis. The founder of WikiLeaks took refuge in the Embassy of Ecuador … 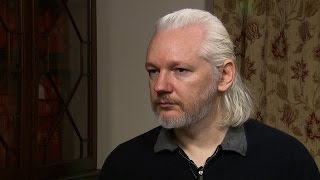 Britain has announced plans to challenge Ecuador’s decision to provide asylum to WikiLeaks founder Julian Assange in its London embassy, saying the $18 million price tag for policing the Ecuadorean Embassy during Assange’s residency is “unacceptable” to the British taxpayer. In response, Ecuador’s Foreign Ministry released a statement saying it is saddened Assange’s confinement has lasted so long, adding that its government had offered “31 times” to facilitate an “open judicial process” in Sweden. This comes just a day after Swedish prosecutors dropped part of their sexual assault inquiry against Assange, but the most serious part of the probe remains in place even though he has never been formally charged. Assange has been holed up in the Ecuadorean Embassy in London for three years, where he’s received political asylum. He fears he will be extradited to the United States to face prosecution for his role at WikiLeaks if he leaves the embassy. We are joined by Carey Shenkman, a First Amendment and human rights lawyer. He, along with Michael Ratner and the Center for Constitutional Rights, is representing WikiLeaks founder Julian Assange.

Why Google is a political matter: A conversation with Julian Assange | The Monthly.

In an hourlong discussion on “Democracy Now!” WikiLeaks founder Julian Assange says that the NSA can continue to spy on Americans in spite of legislation coming out of Congress and that the Trans-Pacific Partnership is about corporate control.

Assange also discusses the security lapses revealed by a British nuclear submariner, Europe’s secret plan for refugee boats from Libya and the U.S. case against him.