The verdict Mr Dutton is incorrect.

Source: Peter Dutton says the Coalition achieved ‘record’ defence spending after it fell to the lowest level since 1938 under the previous Labor government. Is that correct? – ABC News

A news site with ties to the fossil fuel industry claimed Scotland axed 14 million trees to make way for wind farms. Is that correct? – ABC News

According to the government agency Forestry and Land Scotland (FLS), 14 million trees were cut down to make way for wind farms in Scotland, but this had occurred over 20 years.

Meanwhile, over the same period (from 2000), 272 million trees were planted across the country.

That crucial fact is missing from an article published this week by the website Energy News Beat, which appears to have driven the recent surge in social media activity.

Notably, the omission comes despite the article drawing heavily on a two-year-old story published by Scottish news site The Herald, in which an FLS spokesman was quoted as saying: “That figure for felled trees should also be contrasted with that for the number of trees planted in Scotland over the years 2000 – 2019, a total of 272,000,000, and renewable energy developments fit well with this.”

He added: “The amount of woodland removed across Scotland’s national forests and land, managed by FLS, for wind farm development is not even 1 per cent of the total woodland area”, while the 14 million trees were a commercial crop that would ultimately have been felled for timber.

A news site with ties to the fossil fuel industry claimed Scotland axed 14 million trees to make way for wind farms. Is that correct? – ABC News 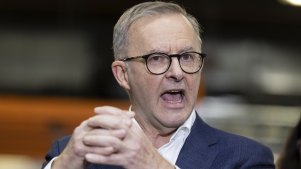 FACT CHECK 1: “The cost of living is about money in as well as money out, and in terms of wages growth, we’ve seen wages go backwards in the last year – we’ve seen wages flatline for 10 years.” Anthony Albanese, May 8.

It is certainly fair to say real wages growth has been historically low over the past decade. And as Albanese correctly notes, real wages have fallen in the past year.

So while there may not be a magic pen, it would be wrong to suggest there is nothing the federal government can do.

Source: Election 2022: Have wages flatlined for a decade? And is there a magic pen? The second leaders’ debate on the Nine Network last night was full of accusations and acrimony. Amidst the shouting and over-talking coming from both Prime Minister Scott Morrison and Opposition Leader Anthony Albanese, it was easy for the facts to get lost. You’re probably wondering how close some of the things that were said came to being correct. RMIT ABC Fact Check has you covered.

Source: Cutting through the accusations and acrimony to get to the facts of the second leaders’ debate – ABC News

Morrison simply can’t lie in bed straight. How can a liar be a “better Money Manager”?

TND fact-checked Mr Morrison’s claim and found it to be misleading.

Fighting Fake News with REAL, 29/4/22; It’s not a Carbon Tax; ALP were and are better Money Managers; LNP favorite Myth; Is Australia doing better on reducing emissions than all but four countries in the G20? RMIT ABC Fact Check investigates. The verdict Mr Morrison’s claim is misleading.

Source: Scott Morrison says there are only four countries in the G20 with a better emissions record than Australia. Is that correct? – ABC News

The claim Both the Coalition and Labor have in the past argued that paying off Commonwealth debt is a benchmark of economic success in Australian politics. But Treasurer Josh Frydenberg recently warned Australians that his July budget update was going to contain “eye watering numbers around debt and deficit”, saying: “The coronavirus has required the Government to spend unprecedented amounts of money to support people in need”. The following day, in an interview with ABC News Breakfast, shadow treasurer Jim Chalmers said the Government must not be allowed to “pull a swiftie” by pretending the red ink in the budget was a consequence of the virus when the vast majority of the debt had piled up beforehand.

Jim Chalmers says two-thirds of the debt in the budget was borrowed before the start of the pandemic. Is he correct? – ABC News

The economic crisis triggered by the Covid-19 pandemic brought an abrupt end to the longest economic expansion in US history – 128 months of growth, eight more than the previous record, between the Cold War and 9/11. If the recovery is slow and uneven – and data indicate that that may well be the case – it could profoundly damage the president’s chances of reelection.

Fact check US: Is the US economy recovering, as Donald Trump claims?

Joe Biden and the Democratic Party are promising to expand Social Security and ensure that all benefits can be paid in full and on time for the foreseeable future by requiring the wealthiest to pay more. Donald Trump promises to end Social Security as we know it.No amount of obfuscation by the Trump administration, Trump allies, surrogates, and so-called fact checkers should hide that very clear and very real fact. 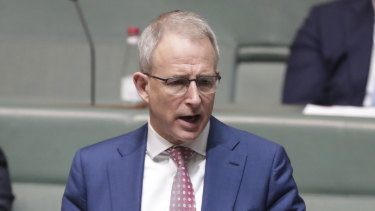 Andrew Bolt’s Blog,10/4/19; Andrew Bolt is a hidden persuader selling right-wing product; LNP deny our $136 million dollars are selling PROMISES that DON’T YET EXIST; Turnbull is right Dutton can’t explain himself blaming SAM; Fact Check Greg Hunt is Half Baked; The LNP has little or nothing to offer the next generation;

via FactCheck: has Australia’s net debt doubled under the current government?

Claims that Sweden leads the world in sexual assault and rape are not supported by data.

via FACT CHECK: Crime in Sweden, Part I: Is Sweden the ‘Rape Capital’ of Europe?

From the September 1 edition of CNN’s Anderson Cooper 360:DON LEMON (HOST): Donald Trump laying out his immigration plan in a speech tonight in Phoenix. Now, our CNN Reality Check team takes a look, here is our Tom Foreman. What do you have for us, Tom?TOM FOREMAN: Hey Don, you know the central theme of all of this, a big theme, was that

Source: An Astonishing Breakdown Showing How Much of a Liar Donald Trump Really Is

Mr Morrison claims that there are eight out of 10 income taxpayers required to go to work every day to pay for the $154 billion social services bill. ABC Fact Check runs the numbers.

Now that Tony Abbott’s time as prime minister and leader of the Liberal Party is over, how does his record of claims and promises stack up?