Michael Moore was Right but it would appear not Right enough to witness a swing Left. Carlson was wrong for not blaming the Right media. He helped do it for Biden

He went on to blame the media for the political party’s election results. “The rest of the American media amounts to a gigantic filter designed to distort what Republicans are saying,” Carlson said. “It’s a campaign apparatus and only the Democrats have it.”

Andrew Bolt denies he’s a racist yet he’s been spouting the same things as Carlson for years. “Muslims are trying to replace us” “Africans don’t belong” ” “CRT is being preached in schools” and “Multiculturalism was Australia’s biggest mistake” .” Whites are the victims of Racism”. Peter Dutton, Tudge, Robert, and the Liberal Party generally have politicized anti-Muslim and anti-colored sentiments and have been doing it for years. These boat people ”  Throw children overboard” In fact, Scott Morrison is using the same tactics today as he used to get himself elected to represent the LNP in Cook. This time around choosing Katherine Deeves to represent the LNP in Warringah and turn her into a national political debate.

In 2018, Carlson blamed ethnic diversity for “radically and permanently changing our country” and questioned its value: “I don’t see that diversity is the strength of our country — why don’t you explain it to me?” In his manifesto, which does not mention Carlson by name, the Buffalo terrorist echoed Carlson’s viewpoint: “Diversity is not a strength. Why is diversity said to be our greatest strength? Does anyone even ask why? No one can give an answer.” Carlson helped popularize the far-right ideology that coincided seamlessly with the rhetoric of Republican Party members who also describe immigrants seeking asylum as an invasion or infestation. On America’s most-watched cable news show, Carlson warned viewers that Democrats want “demographic replacement” through a “flood of illegals” in order to increase their voter base.

Fox News personality Tucker Carlson is the focus of an in-depth three-part report by The New York Times that was published online on Saturday and will appear in the Sunday newspaper. Part one is titled “How Tucker Carlson Stoked White Fear to Conquer Cable.” “In the years since, Mr. Carlson has constructed what may be the most racist show in the history of cable news — and also, by some measures, the most successful. Though he frequently declares himself an enemy of prejudice — “We don’t judge them by group, and we don’t judge them on their race,” Mr. Carlson explained to an interviewer a few weeks before accusing impoverished immigrants of making America dirty — his show teaches loathing and fear. Night after night, hour by hour, Mr. Carlson warns his viewers that they inhabit a civilization under siege — by violent Black Lives Matter protesters in American cities, by diseased migrants from south of the border, by refugees importing alien cultures, and by tech companies and cultural elites who will silence them, or label them racist, if they complain,” the newspaper reported.

Mother Jones’ David Corn obtained a March 3 memo produced by a Russian government agency and distributed by the Kremlin to Russian media outlets instructing broadcasters to use as many clips of Fox primetime host Tucker Carlson as possible.

Carlson, it must be reminded is a supporter of dictatorships. He likes, scrapes and bows  to Hungary’s Orban’s authoritarian anti-democratic stand. He supports Putin as did Trump. His posture on American action is to abandon all its allies in the EU, UK, and NATO. Just as Trump abandoned the Kurds in Syria.

Anti-war advocates on the Left who oppose Carlson certainly don’t hold the same position Ther no equivalence between the protest in Washington and Jan 6th or between ANTIFA and White Nationalists.. Trump and Carlson are now arguing that those two events are the same. Yet he didn’t call in the National Guard at Capitol Hill.

The strangest of bedfellows currently oppose a confrontation with Russia.

While Tucker Carlson has been flirting with white nationalism for years, 2021 was the year he went full-tilt and repeatedly said the quiet part aloud, explicitly referencing the white supremacist “great replacement” conspiracy theory – and earning praise from infamous former Ku Klux Klan leader David Duke. And Carlson’s status as the most-watched Fox prime-time star seemingly encouraged his fellow hosts to follow suit; Laura Ingraham warned her viewers that Democrats “will import new voters to offset and eventually replace all you old people.” Carlson has long pushed white supremacist talking points with full corporate support from Fox Corp. CEO Lachlan Murdoch. In the process, he has gained praise from white nationalists, while the Anti-Defamation League has repeatedly called for his firing. White nationalism is now a pillar of Fox’s prime-time platform, and the Murdochs are willing to fund and defend their hosts’ hatred. 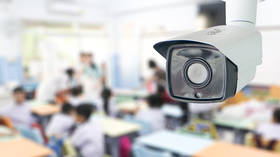 Paradoxically, while Carlson, Lowry, and other conservatives profess to see teachers as leftist ideologues secretly indoctrinating students behind closed classroom doors, the fact is that, under federal law, the public is already able to come in and observe classes. School administrators and district officials have the same right. Nobody is hiding anything. What we are trying to do is meet the needs of our students. The student bodies of public school districts in major cities are overwhelmingly black and brown. Issues such as police brutality, the wealth gap, housing inequality, mass incarceration and the school-to-prison pipeline, the lack of healthcare, living-wage jobs, and childcare, and others, are important to them. And you can’t talk about these problems without discussing race. These issues are our students’ reality. They’re what concerns them. What kind of educators would we be if we ignored this?

Source: Tucker Carlson’s cameras in the classroom proposal will harm both students and teachers — RT Op-ed

From spinning conspiracy theories as “forbidden knowledge” to painting the insurrectionists as martyrs instead of villains, the right has clearly settled on a playing-the-victim strategy in order to rewrite the history of January 6.

So what does it mean that the most influential voice in Republican politics trafficks in white nationalism, conspiracy theories, and outright falsehoods while at the same time wielding the power to shape public and legislative opinion? The GOP now largely has to deal with issues on Fox’s terms, and Carlson’s bad-faith hysterics over critical race theory, transgender people, the coronavirus pandemic, Black Lives Matter, anti-fascism, immigration, and myriad other issues have created a climate in which legislative priorities do not match the tangible needs of the American people. Instead, conservative politics has been consumed by a feverish race to the far-right on issues that appear in Fox News’ prime time — with Tucker Carlson setting the agenda and enforcing the new party orthodoxy.

Source: Tucker Carlson has full control over Fox and its stranglehold on the Republican Party | Media Matters for America

Tucker Carlson once again proves he’s one of the most irresponsible people polluting our airwaves. As John noted here, Carlson hasn’t revealed his own vaccination status, but he sure is doing everything he can to make sure his viewers are scared to death of the coronavirus vaccines, and that we never get to herd immunity with all of the Republican, Fox-watching anti-vaxxers out there. Here he is on this Thursday’s show, using the Vaccine Adverse Event Reporting System, or VAERS, which, as Matthew Chapman at Raw Story explained, “is not actually a database of vaccine injuries; it’s only a list of medical events reported as happening after a vaccine was administered, with no verification that the vaccine caused the event or even that the event was real.” 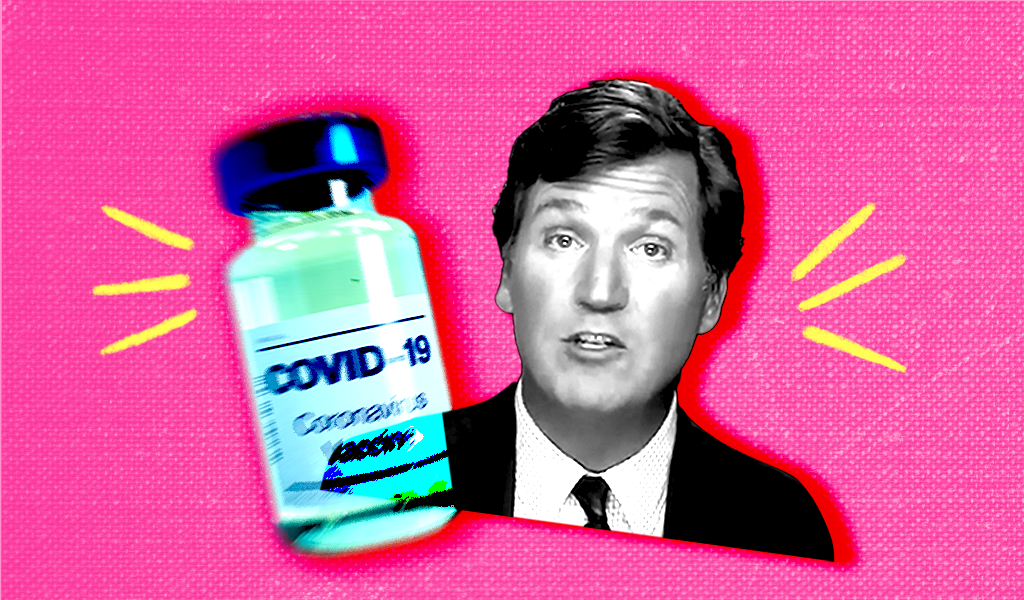 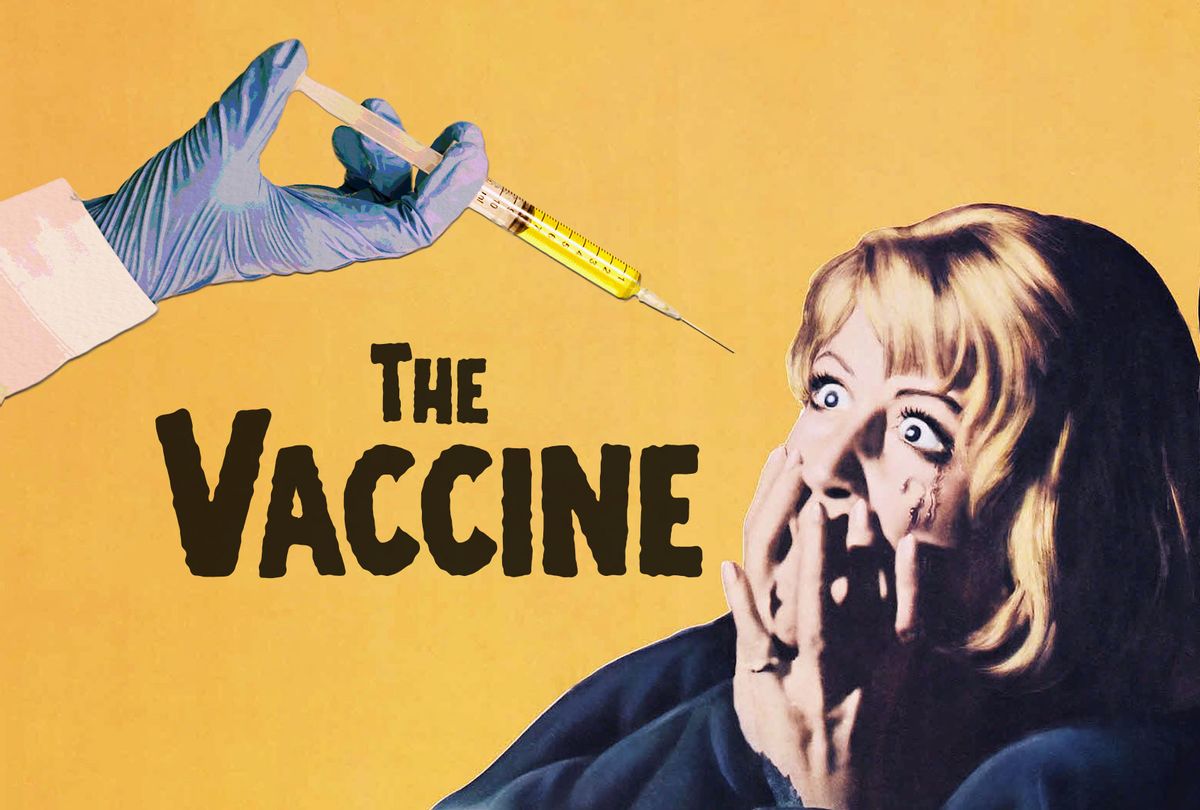 Source: Why Republicans are rejecting the COVID vaccine: GOP wants to drag out lockdowns to hurt Biden | Salon.com 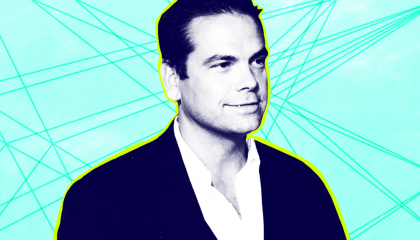 When Nazis marched in Charlottesville in 2017, they chanted “You will not replace us!” and, somewhat more clarifying, “Jews will not replace us!” The terrorist who gunned down 51 people in Christchurch, New Zealand, used this slogan (“The Great Replacement”) in his manifesto. Last night, Tucker Carlson appeared on a prime-time Fox News show to defend this theory, not only in substance but also by name.

“Replacement theory” imagines that an elite cabal, frequently described as Jewish, is plotting to “replace” the native white population with non-white immigrants, who will pollute and destroy the white Christian culture.

After white nationalist troll is charged with election interference, Tucker Carlson flatly lies about the facts | Media Matters for America

Sean Hannity, Tucker Carlson and Laura Ingraham comments have raised eyebrows and struck many as hypocritical

Fox executives have lined up behind Carlson before. Lachlan Murdoch reportedly gave personal support to Carlson after he went on an anti-immigrant rant in 2018. The Murdoch family knows exactly what Carlson stands for, and it’s exactly what they want the Fox brand to stand for.

Carlson has long been billed by Fox as a member of the network’s “entertainment” side. In September, a federal judge wrote, quoting Fox lawyers, that Carlson’s show “is not ‘stating actual facts’ about the topics he discusses and is instead engaging in ‘exaggeration’ and ‘non-literal commentary.'” U.S. District Judge Mary Kay Vyskocil found that no “reasonable viewer” would take Carlson seriously.

With President Donald Trump’s reelection hopes seemingly fading, Fox News star Tucker Carlson made an 11th hour push on Tuesday night to try to will him to victory. He devoted his entire program to an interview with Tony Bobulinski, a former business partner of Hunter Biden, in the latest dubious salvo of an extensive campaign by Rupert and Lachlan Murdoch’ media outlets to tarnish Democratic presidential nominee Joe Biden via his son’s business interests. 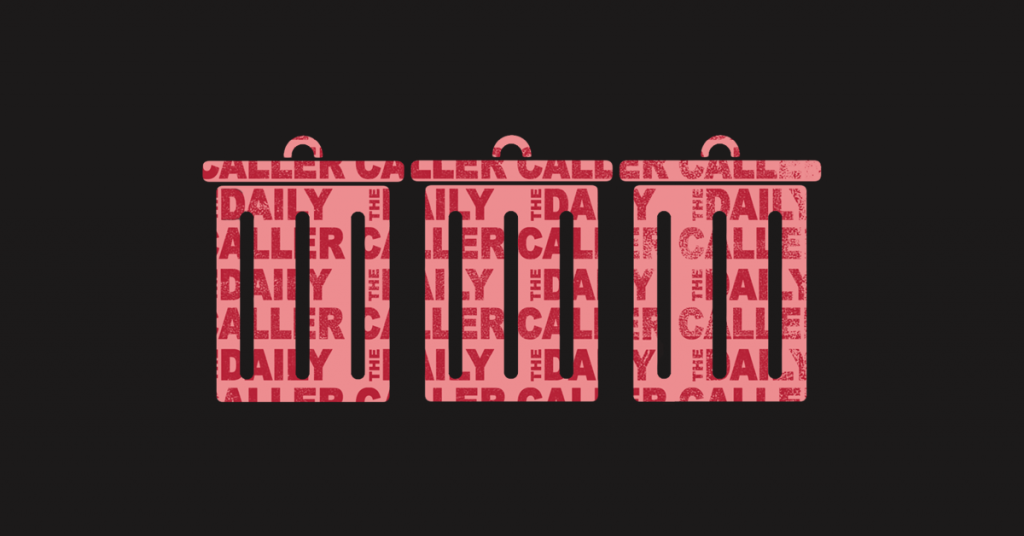