Below is an interview I recorded with war crimes whistleblower and lawyer David McBride on Friday (2/12/22) discussing the failings of the National Anti-Corruption Commission legislation which passed parliament this week.

Albo isn’t all that he seems to be!

Anthony Albanese and Labor have already done a dirty deal with Liberal Leader Peter Dutton to support a National Anti-Corruption Commission where all hearings will be in private except in exceptional circumstances. One of the ways they are trying to fool the public into believing that is the norm is by arguing that is what the NSW ICAC do, and therefore acceptable, but they are cooking the books with fake statics.

Source: SNACC or NACC? What will be made public by the new anti-corruption commission? – Michael West

Peter Dutton and the previous federal government awarded a company called Canstruct International a total of $1.8 billion in government contracts in very suspicious circumstances given they had no staff, no assets and no revenue when they won their initial contract.

Source: Peter Dutton and his dodgy $1.8 billion deal with Canstruct who had no staff, no revenue and no assets. Will the NACC investigate?Kangaroo Court of Australia

The key points of the fake National Anti-Corruption Commission (NACC) are:

2) They have backflipped on their election promise for public hearings which will now only happen in exceptional circumstances.

3) Massive Breach of Open justice – This is also in part designed to intimidate whistleblowers from not coming forward. 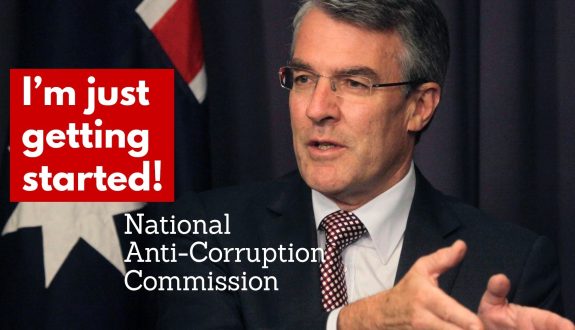 I was immediately taken aback when I read that the Opposition was negotiating “in good faith” with the Government for their support in introducing the National Anti Corruption Commission (NACC).

Good faith sounds more like bargaining for an exemption from the obvious. At first, I thought I was mistaken.

The Morrison Government made great strides in politicizing the APS by appointing their choice as heads of departments on politics rather than merit now AG Dreyfus is confronted with the consequences of that.

Attorney-General Mark Dreyfus has moved quickly to set up a task force to get Labor’s federal anti-corruption body off the ground, but the staff selection process for his pilot taskforce has raised…

So, the Taskforce set to design the NACC will come from the same set of people the NACC will be tasked to investigate. With not even one person coming from outside the APS to provide a check or balance.

And forget about appealing, the AGP told Dr Holt, you can’t:

‘I note that you have requested to appeal the decisions regarding the appointments made to the NACC taskforce. As these appointments were transfers of current APS employees at their substantive levels, this is not an appealable process.’

It is probably worth noting that recruitment is not likely something attended to by the Minister, but rather by the public service. The secretary of the Attorney-General’s Department is Katherine Jones, one of three Morrison Government appointments of three key public service heads, made by Scott Morrison just under a year ago, on 22 July 2021. The appointments were not without controversy,