Democracy depends on transparency, reliable information, nonpartisan systems and trust. The failure of the corporate media to adhere to that tradition is a critical attack on the ability of voters to select their next government in a responsible fashion. The Victorian Liberal Party’s attempts to suppress discussion of their gradual takeover by the religious right is deeply problematic. Victorians need to know that a “Liberal” vote is becoming increasingly neither liberal nor conservative.

America’s flawed electoral processes have compounded the crisis of trust. It is critical that we don’t follow them into that chaos. Dan Andrews is correct: we don’t want that Americanisation of politics here.

On the matter of the recent Lidia Thorpe controversy, I want to state a layperson perspective, one we won’t see much of amidst the swamp of Australian political opinion columns.

Here it is: I don’t give a shit if Lidia Thorpe dated an ex-bikie.

Source: Why we shouldn’t care Lidia Thorpe dated an ex-bikie

A Federal Police warning to the Coalition government over the conduct of one of its MPs was kept secret until it was too late for his constituents, writes Rex Patrick.

A reluctant thank you, Mr Christensen: what we learnt about a travelling MP – Michael West 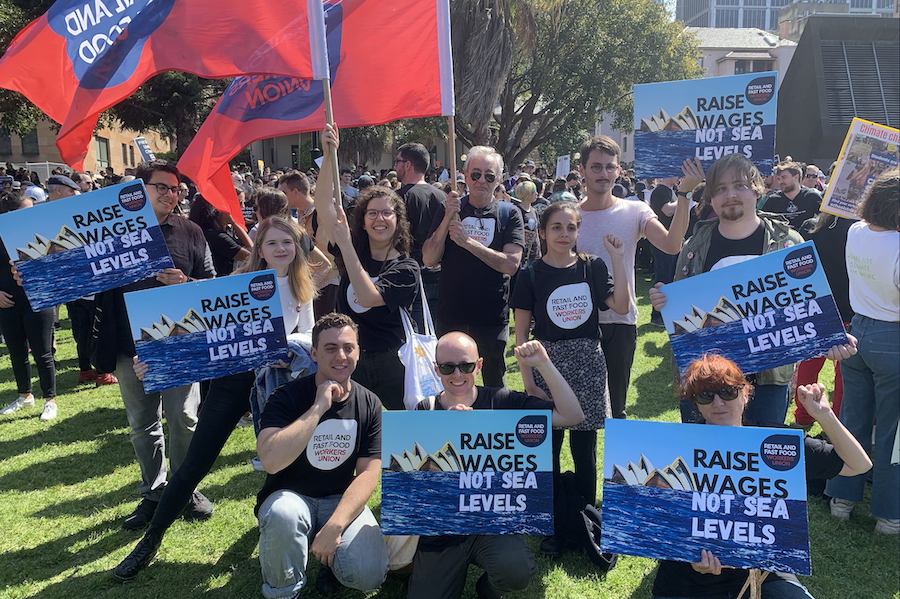 In its short existence, the Retail and Fast Food Workers Union has already achieved big wins. As conditions continue to decline for Australian workers, RAFFWU is a model of how to stand up to the bosses.

Australian politics: Partygate and Trump Jan 6 hearings show why Australia must clean up its politics

Australian politics: Partygate and Trump Jan 6 hearings show why Australia must clean up its politics 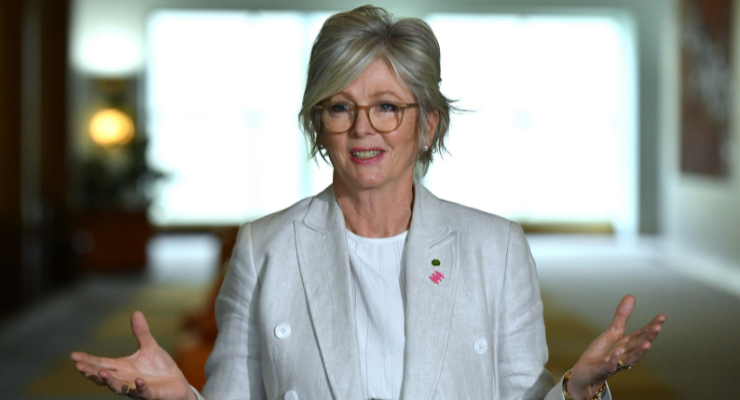 NO MORE MONEY BUSINESS Reveal who donates more than a grand to your campaign — that’s the challenge from Victorian MP Helen Haines, The Age reports, as the fallout over donations from coal millionaire John Kinghorn to independent MP Zali Steggall continues. Haines says she’ll list every donation above $1000 on her website each quarter, and anything above the official threshold of $14,500 within just five days (!), demanding all sides of Parliament do likewise. At the moment donations are revealed eight months after the end of the financial year.

Every month, it seems a new corruption scandal emerges in Australian politics. These improprieties are not exceptions to the norm, they are the natural outcome of a two-party system that serves the wealthy elite.

Source: Only a Democratic Overhaul Can Put an End to the Corruption of Australia’s Political Class 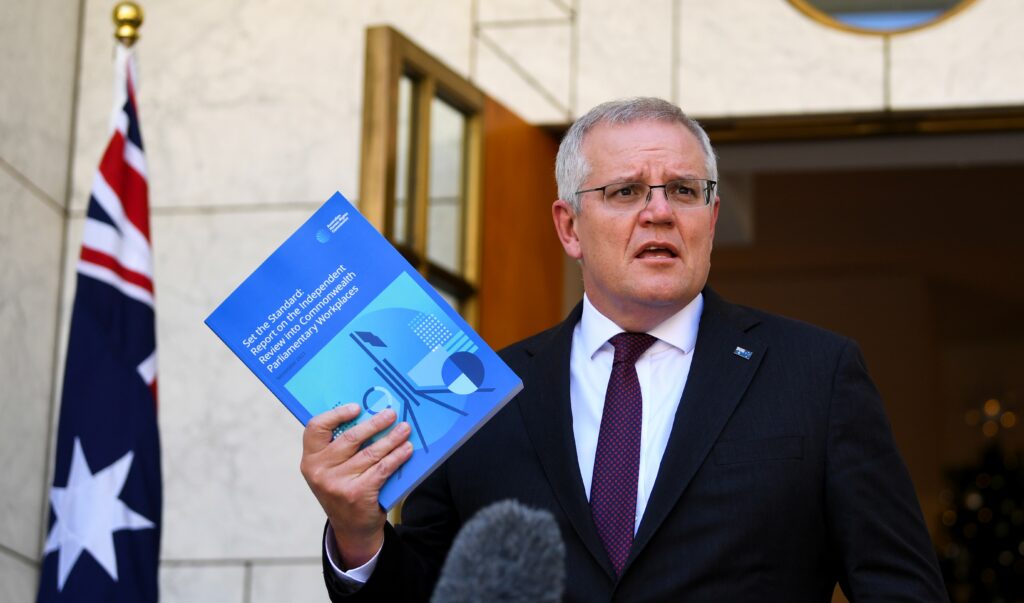 This occurs through Murdoch media’s relentless ramming of Liberal Party propaganda into our eyeholes. Through the ABC’s enthusiastic embrace of the false balance doctrine – “tonight on Q&A, a climate scientist and a psychopath from the IPA!” – and sucking Sydney off whenever it can. Through NineFax’s desperate and overwhelmingly successful race to be worse than it used to be. All of this adds up to a horseshoe to the part of the skull containing our grasp on reality, an intravenous drip of dickhead. For next year to be better than this year, everything needs to change. The collision of a once in a 100-year global pandemic, historic levels of wealth inequality, climate collapse, rampant misogyny, and the corrupt, uninterested political leadership that inevitably emerged at the ass-end of neoliberalism’s upwards wealth redistribution project has been a fucking nightmare to behold. The hope we must cling onto is the fact real, objective reality has become so obviously discordant with the version of reality spun out of Canberra people are starting to notice. 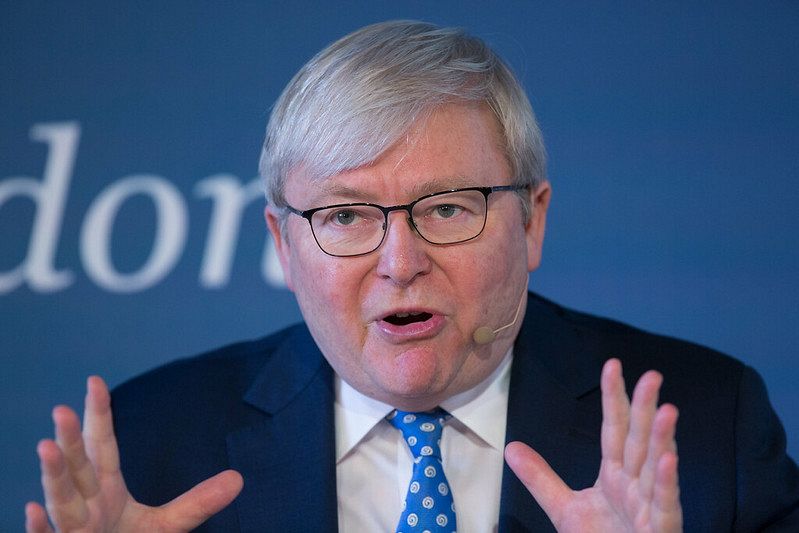 Rudd’s latest contribution to the debate is The Case for Courage, part of a series curated by Australian publishing doyen Louise Adler and published by Monash University Publishing. This little red book, easily read in one sitting, is a call to arms to the Australian Labor party and its supporters. But it is a wake-up call for all of us. Rudd asks Labor to be brave and act with courage to hold the conservatives to account and guarantee media diversity by breaking Murdoch’s media domination, in order to protect and strengthen Australian social democracy. The book starts with a critique of the Murdoch oligarchy and ends with a vision for a “big Australia”, a fourth way, as Rudd describes it:

My thought for the day There are three kinds of people. Those who know. Those who know when they are shown, and those who have no interest in knowing.(JOHN LORD)

The general model of improvement and reform revolves around the piecemeal tinkering mode. That mindset has to change significantly. Major system change is needed not just with the electoral system, but also the Federation, the Constitution, industrial relations and, finally, of course, the Republic. To think that we can just continue to argue whether or not an Australian president should be directly or indirectly elected is to miss the point about Australia’s democracy crisis completely. Sure, COVID-19 is still the main issue discussed by the media, but well before the next election, Australians need to insist on fixing their democracy and, also, insist on competence in government. That can only come primarily via the ALP and the Greens, in unison and in coalition with other progressive parties and independents. Australia needs a new political culture. This won’t come from piecemeal tinkering.

Our political culture is rotting at its core 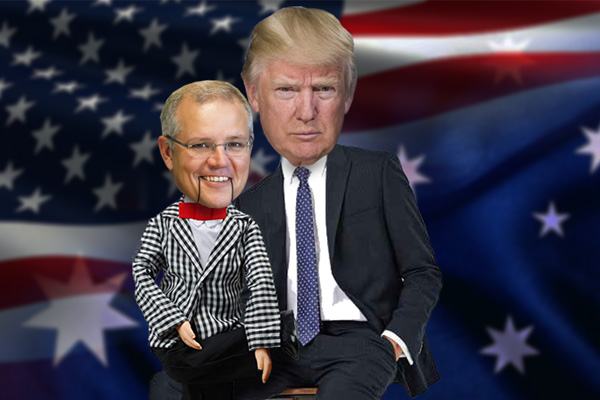 The image of x2 puppets the puppet master hidden 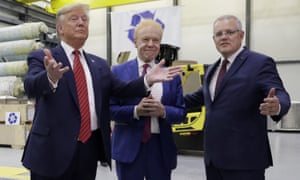 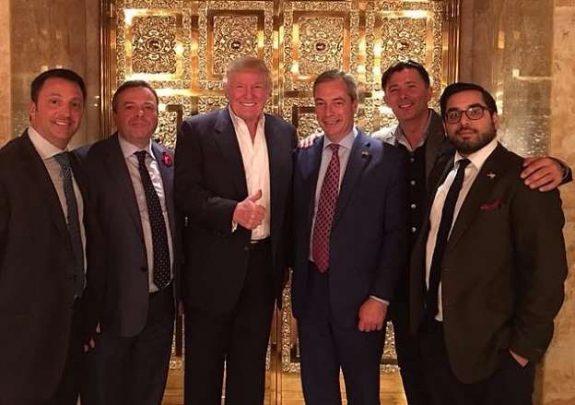 Next week, Australia will host its first Australian Conservative Political Action Conference, or CPAC. The organiser says the event will “not be a one-off” and that its US backers, the American Conservative Union (ACU), had committed to holding the event long-term.

For your entertainment, you can also listen to Nigel Farage – the man who so desperately wanted Brexit and then had no idea what to do with it when he got it.

The ACU have been involved with some shady fundraising practices in the past. Asked whether they saw an Australian conference as a financial opportunity, Cooper disagreed. “My perception of the ACU is that they are looking to spread their message,” he said. “If anything they are going to be investing in us for a long, long time.”

Considering how the government is going in the US and the UK, I fail to see what advice we could get from this bunch of tossers.

Unless it’s on how to put a fool in power. 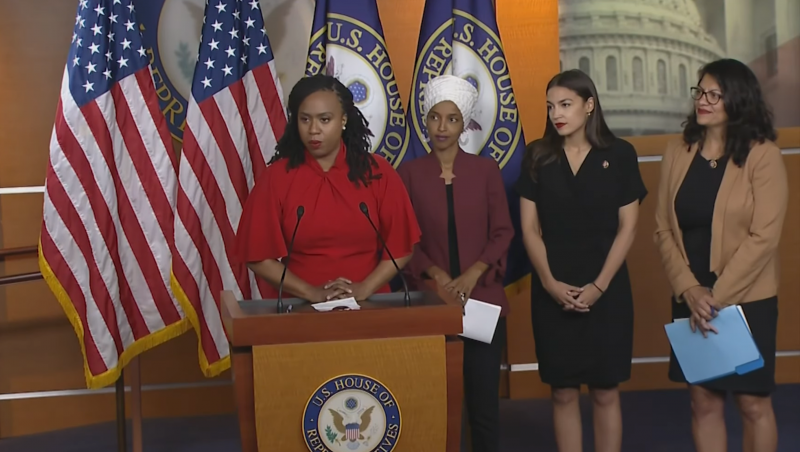 Any Australian who has been paying even a bit of attention over the past decade would recognise these slogans. They are a staple of the nativist and racist faction of the conservative side of Australian politics.

Now they have become embedded in American political discourse during a week in which President Trump shamelessly lied about four female members of Congress who are also women of colour and progressive Democrats who came to prominence during the “blue wave” of the 2018 mid-term elections.

These women – who have been given the nickname “the squad” – are a major irritation to Donald Trump. They are smart, they’re fierce, they are also women of colour. Alexandra Ocasio-Cortez is Hispanic, Ilhan Omar was born in Somalia, Rashida Tlaib’s roots are Palestinian and Ayanna Pressley is African-American.

Tlaib and Omar are also Muslim.

via Trump versus the Democratic ‘squad’: A battle for America’s soul

The LNP wants to revisit this power source (ODT)

Fukushima, the ‘nuclear renaissance’ and the Morrison Government

Andrew Bolt’s Blog,1/4/19. If Dastyari had to go so should Hanson; The sludge in the bloodstream of American politics; Murdoch Media is a Fake Business selling Fake Product;

The BBC has long called Australia “the coup capital of the democratic world”.

Short-termism and political expediency is trumping long-term policy development in the interest of the country.

“… it is especially dismaying when science-denying hacks and self-serving industries block action that is in the obvious and urgent interest of all humanity. That should not be happening in Australia,” the Times’ editorial board tartly opined.

“Fundamentally the rise of right-wing populism is because of the rampant wealth and income inequality and the right exploiting race and gender politics to camouflage their wealth-concentration agenda,” he says.

“They use the politics of division to override their trickle-down agenda.”

via The breaking of Australian politics: why and how we got here

via Nation Just So Fucking Over This – The Shovel

via Politicians Unable To Reduce Personal Emissions – The Shovel

via Dutton Installed With ‘Smile’ Software Upgrade, As Leadership Speculation Grows – The Shovel

Fairfax Media’s talented team of artists, illustrators and cartoonists give us their humorous version of the news of the day. 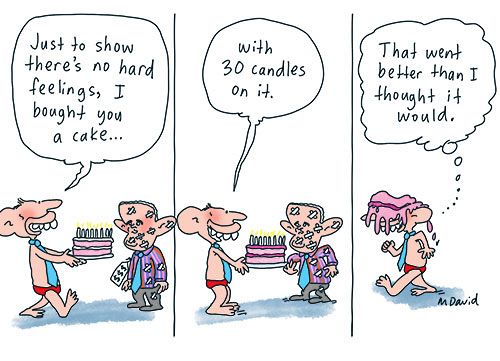 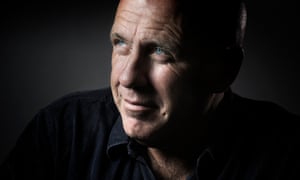 I told a friend the other day I was to be speaking here in Canberra today and she told me a joke. A man is doubled over at the front of Parliament House throwing up. A stranger comes up and puts an arm around the vomiting man. I know how you feel, the stranger says.

It’s not a bad joke. But it felt familiar. I went searching my book shelves, and finally found a variation of it in Milan Kundera’s The Book of Laughter and Forgetting, set in communist Czechoslovakia in the dark years after the Prague Spring. In Kundera’s version the two men are standing in Wenceslas Square. 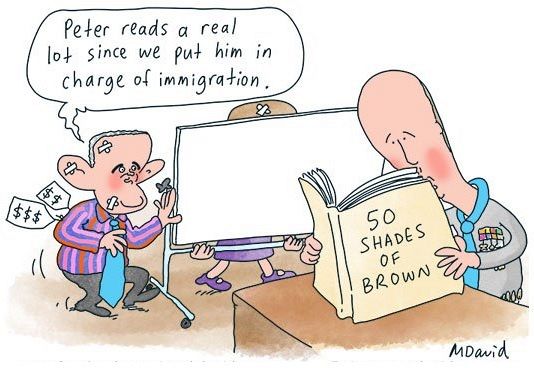 via CARTOONS: Dead to me 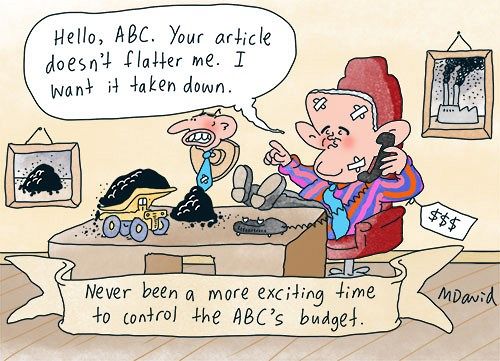 via CARTOONS: Malcolm has a Barney 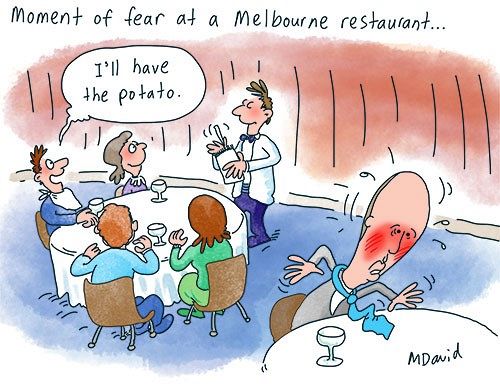 via Australian politicians: ‘Did I really say that?’ In a finding that will give nervous Liberal and Nationals MPs pause for thought, support for allowing a prime minister to serve a full-term leaps to 80 per cent among Coalition voters. 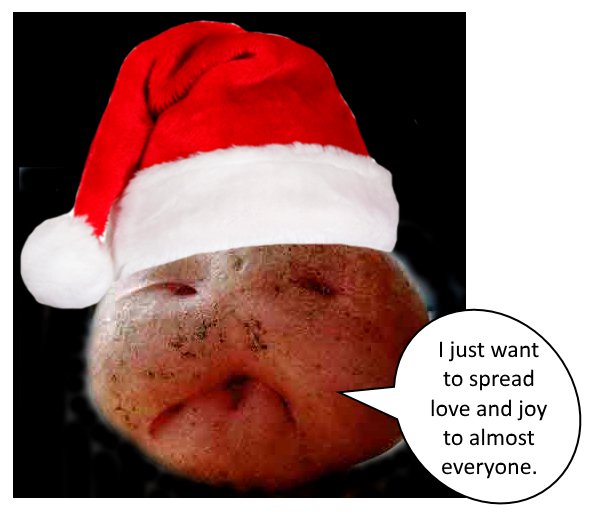 I guess the fairest thing to do would be to simply press ahead and introduce the legislation allowing marriage equality and we could have a referendum or survey about what rights to discriminate that Australians will allow. I guess some would wonder: “Why should religious people have to wait till someone else decides when they want to discriminate now?”, but I say that they should just be patient because, with a big change like this, we really need to get it right!

via Labor: Witch Hunts One Week; Protection Rackets The Next! – » The Australian Independent Media Network

As the Turnbull government struggles to convince internal dissenters of the need for tougher carbon reduction measures, forces on the green energy side are positioning for a renewed climate change debate in coming months.

Source: Sad, Lonely Eric Abetz To Spend Another Day Thinking About Other People Having Sex – The Shovel

Source: Dutton: “I Have What It Takes To One Day Get Dumped As PM” – The Shovel

The parliamentary report into s18C of the RDA is bad news for racists and Malcolm Turnbull.

Some of his best work.

Some of his best work.