I can’t speak for others, but I felt violated as I heard that jury verdict read yesterday in the Kyle Rittenhouse trial. It was justice gone off the rails. It was insane. A comparable argument might have been that a rapist who enters a home wearing a condom on his erect penis had no choice but to continue with the rape once he’d thrown back the blanket to find the victim sleeping in the nude. Oh, and she must never be referred to as a “victim” because her nudity has provoked the rape.

“He was just a good kid. He had a genius IQ, just smart, nice to everybody; loves old people, dogs, the whole thing,” she said. “And then he just got weird.”

How the Justice System Fails People With Mental Illness

As Republicans ram through a Supreme Court nominee appointed by a president who lost the popular vote, the anti-democratic rule of the judiciary is on full display.

Is Australia the China it accuses of being Secretive?(ODT)

Witness J spent 15 months behind bars in Canberra’s Alexander Maconochie Centre, after being sentenced in the ACT Supreme Court to two years and seven months in jail for serious national security offences.

After being released from jail in August 2019 under strict conditions, including six-monthly regular psychological testing and an overseas travel ban without prior permission, Witness J launched civil proceedings against the ACT Government.

Witness J has used the anonymity of social media to criticise his former employer and the secrecy shrouding his case.

“Permanently secret legal proceedings is not the kind of conduct we want an Australian justice system to include,” he told the ABC late last year.

“The public has an interest to know when information is being kept secret from them — it’s not good enough for the public to be told ‘it’s in your interests that you are not told’.” 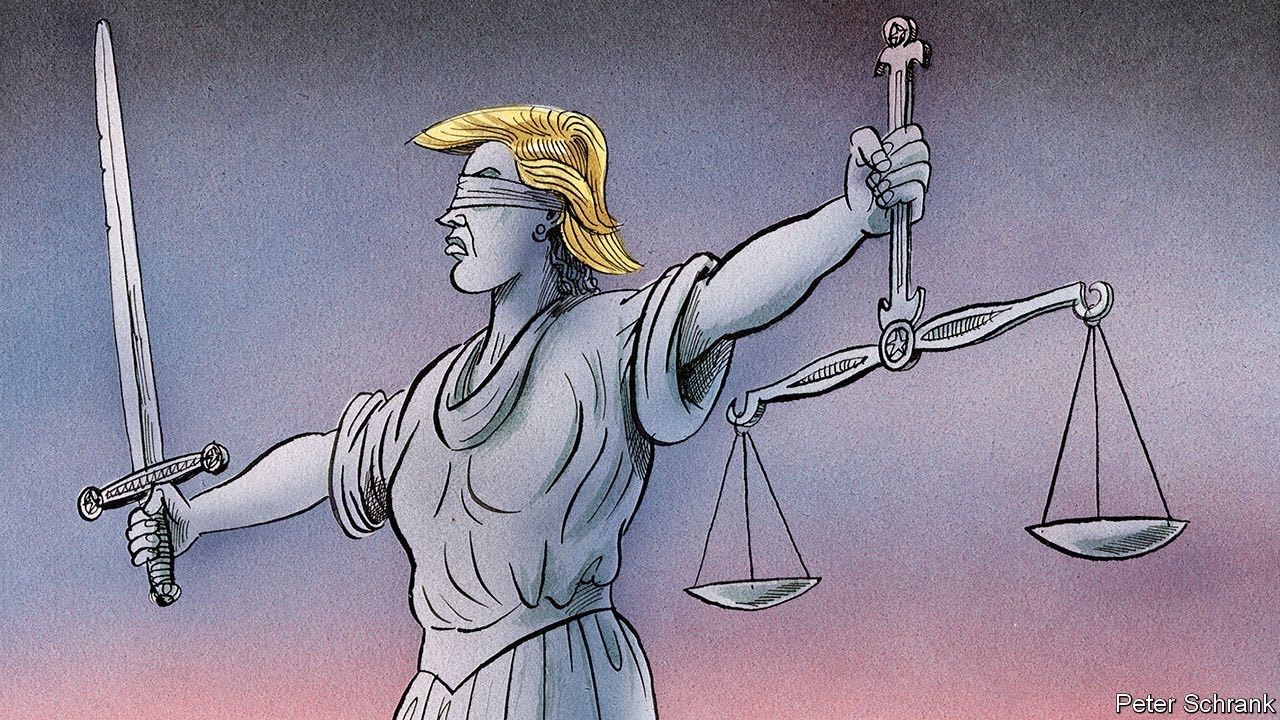 via Why Trump Justice is an Oxymoron | The Smirking Chimp 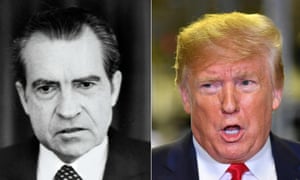 via In his assault on justice, Trump has out-Nixoned Nixon | Robert Reich | Opinion | The Guardian

There has been a deal made (ODT)

Right-wing media outlets, led by Trump allies at Infowars and Fox News, have waged a months-long campaign to interfere with criminal proceedings against Roger Stone. Now that Stone has been convicted of seven felonies and is facing the possibility of significant jail time, his conservative and far-right media defenders are drumming up support for President Donald Trump to pardon him. 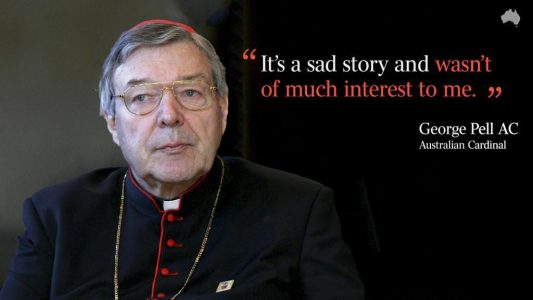 And here’s where the absolute bloody bullshit of equitable appeal for justice for all here in Australia starts to kick in.

Whatever the source of those dollars, the fact is George Pell’s appeal has been buttressed and supported by a well-heeled appeal fund. Engaging high-flying barristers and solicitors are not cheap.

I, and many other Survivors of the heinous crimes that have been committed against us, would love to have our cases, and our stories, and our quests for justice, heard in the highest court in this land. Of course, we have a snowball’s chance in hell of that ever happening.

The majority of the Survivors of childhood sexual abuse are mired in poverty. They are beaten down not only by their punishing experiences, they are also gutted by years, decades, and in many cases, lifetimes swamped by the negative legacies of depression, and PTSD.

via No money? No justice for Survivors! – » The Australian Independent Media Network 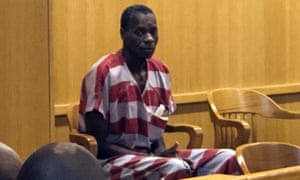 Andrew Bolt’s Paywall Blog 27/2/19; Bolt’s unqualified at anything but an expert on everything. However Pell won’t be calling hin for his appeal;

The Foundation of Democracy and our Justice System (ODT)

A Greek cleaning lady has been sentenced to 10 years in jail for fibbing about her elementary school record in a court ruling which has provoked uproar in the country.

via Greek cleaning lady jailed for 10 years for faking diploma

Samir Awad was unarmed when he was shot in the back eight times by soldiers. During his killers’ trial, the judge and defense treated the dead boy as if he was the one being charged with a crime. 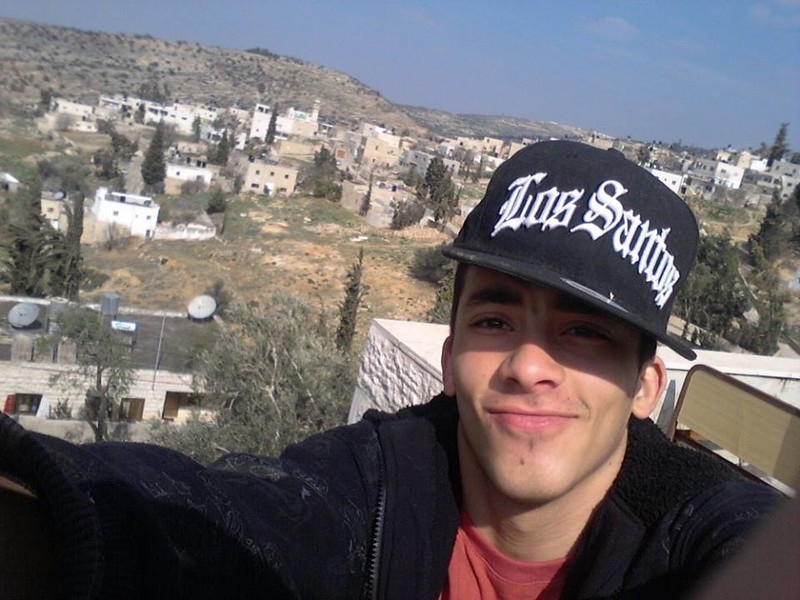 A soldier who killed a Palestinian teen has been praised as “excellent” and “conscientious” by an Israeli judge, who sentenced him to a mere nine months in prison.

This conclusion to the trial of Ben Dery for the cold-blooded killing of 17-year-old Nadim Siam Nuwara is another all too predictable episode of how Israel’s military investigation system whitewashes crimes against Palestinians.

“Despite clear and overwhelming video, spatial and sound forensic analysis showing Ben Dery intentionally killed Nuwara, he was charged with a lesser crime and a wilful killing was whitewashed into an accident,” Brad Parker, international advocacy officer for Defense for Children International Palestine, told The Electronic Intifada on Wednesday. 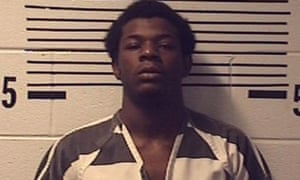 Unlike in the vast majority of fatal shootings by police officers, someone is going to prison for the 2015 death of 16-year-old A’Donte Washington in Alabama. It just isn’t the police officer who shot him.

Lakeith Smith was sentenced last week to 30 years for A’Donte’s murder, even though no one disputes it was an officer’s bullet that killed him. Smith is not even accused of having possessed a weapon. Under the state’s accomplice law, co-defendants can be guilty of murder if a death occurs when they are in the midst of committing a felony.
Felony murder: why a teenager who didn’t kill anyone faces 55 years in jail
Read more

Smith was one of five teens who were allegedly committing a burglary when responding officers opened fire, killing A’Donte. Smith, now 18, was also sentenced to another 35 years for crimes related to the the burglary, for a total of 65 years.

via Alabama police shot a teen dead, but his friend got 30 years for the murder | US news | The Guardian 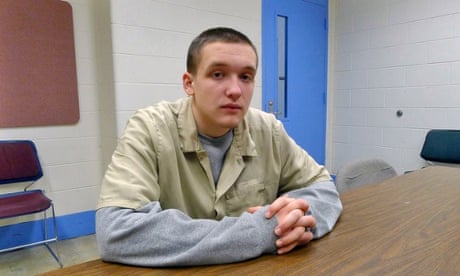 Felony murder: why a teenager who didn’t kill anyone faces 55 years in jail

Ahed Tamimi was sentenced to eight months in prison for slapping a soldier. Col. Israel Shomer, who shot a Palestinian teenager in the back three times didn’t sit a single day behind bars. 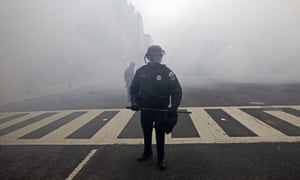 More than 200 people who were arrested on Trump’s inauguration day risk up to 60 years of jail. Meanwhile, the white supremacists in Charlottesville walk free

It gives an opportunity to harvest revenue from the McMansion classes that can well afford it.

Source: ACT government’s speeding fines should be adjusted by income

Police investigating London’s Grenfell Tower disaster, in which 80 people were killed in rapidly spreading fire, have sent a letter to survivors and families of victims saying there are “reasonable grounds” to suspect it was a case of corporate manslaughter.

Court rejects petition filed by family of Muhammad Abu Khdeir, claiming too much time passed since his murder and the filing of the petition.  By +972 Magazine Staff Israel’s High Court of Justice on Tuesday ruled that the families of three Israelis who were convicted of kidnapping and murdering Muhammad Abu Khdeir, a 16-year-old Palestinian who was burned alive in 2014, won’t have their homes demolished. Israel regularly demolishes the family homes of Palestinians who commit acts of violence against Israelis. [tmwinpost] Supreme Court Vice President Elyakim Rubinstein explained in the judgment that the court was rejecting the petition to demolish the homes…

MK Basel Ghattas will serve two years for smuggling cellphones to Palestinian security prisoners. That’s a longer sentence than the one handed down to an Elor Azaria, who executed an incapacitated Palestinian in the middle of the street.  Congratulations are in order to the attorney general and the Knesset for the latest Arab they managed be put up on the cross. Palestinian MK Basel Ghattas (Balad), who was accused of smuggling cellphones to Palestinian security prisoners, agreed to sign a plea bargain according to which he will admit to committing an act that could lead either directly or indirectly to…

Source: In bid to expel Arab MK, Israel manages to break its own record | +972 Magazine

The trials of two police officers in Israel-Palestine and the U.S. collapsed within hours of each other on Monday. Both cases prove how difficult it is to secure justice for Palestinian and African-American victims of state violence. On May 15, 2014, three Palestinian teenagers were shot by Israeli security forces with live ammunition as they attended a Nakba Day protest in the West Bank town of Beitunia. Nadim Nawara, 17, and Muhammed Abu al-Thahir, 16, were both killed. Fifteen-year-old Muhammed Azzeh survived, despite having been shot in the lung. Just under a year later, over 6,000 miles away, a police officer…

Source: From Palestine to South Carolina, justice is scarce for victims of police violence | +972 Magazine

Australia’s model of locking up children makes us all less safe, and lags behind global developments on crime prevention, writes Laura Hogan. Fyodor Dostoyevsky said that “the degree of civilization in a society can be judged by entering its prisons.” The footage aired on the 7:30 Report of the torture of young people in detentionMore

Thomson is appealing against 65 convictions of obtaining financial advantage by deception by misappropriating union funds during his term as national secretary between 2002 and 2007.

The former member for Dobell was convicted and sentenced to 12 months in prison, with nine months suspended, after a trial in the Melbourne Magistrates Court in March.

He was ordered to serve three months in prison but his lawyers lodged an appeal straight away, meaning he spent only two hours in custody before being freed on bail.

During the appeal hearing, prosecutors told the court Thomson had no authority to spend the union’s funds on personal expenses.

It was alleged the expenses included brothel visits.

But Thomson’s lawyer, Greg James QC, argued there should not be a case against his client.

He said when Thomson withdrew cash from his credit cards the cash was the property of the bank, not the union, so there was no basis to the theft allegations against him.

But Judge Douglas said the prosecution case was put in error.

“It is my role to determine the legal issues, according to law. Our system relies on legal principles.”

Judge Douglas said it was “regrettable” the prosecution had not argued its case properly, but “in the interests of justice” she could not allow it to make alterations.

She said prosecutors had already had “ample time” to get their case right.

Thomson was found not guilty on two theft charges but was convicted on 13 other charges of theft. One charge was withdrawn.

Judge Douglas said the court’s judgment should not “in any way” be seem as an endorsement of Thomson’s actions.

The hearing is continuing.