Adalah, a legal center for Palestinians in Israel, stated that Yechieli’s words and actions “are motivated by racism.”

Preventing Palestinian citizens of Israel “from purchasing homes due strictly to their national identity is an illegitimate act,” Adalah added.

“In a climate in which the Israeli Knesset continues to promote racist legislation targeting Arab citizens, Kfar Vradim’s council leader feels emboldened to promote racist policies and to trample the most basic of democratic principles,” the group stated.

Oliphant pleaded for the right to protest and argued for change in the treatment of the black community in the wake of the fatal police shooting of an African-American man in Charlotte, N.C.

“There’re a lot of altruistic properties” to raising cost of treating toxoplasmosis from $1,350 to $63,000, he said VIDEO

Source: Martin Shkreli on his “altruistic” motives: “I’m a capitalist — I want to create a big drug company” – Salon.com 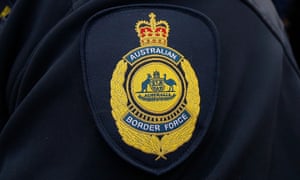 Source: Stopped on the street by border force? Six things you need to know | Australia news | The Guardian

In the vast wilderness that is “the media”, it never ceases to amaze me just how much Indigenous opinion gets moulded and curtailed in order to promote a mainstream agenda. As a writer who was initially “discovered” because I took to social media to create alternate spaces for Indigenous viewpoints like a number of other Indigenous people, I am still, three years later, surprised that I manage to break through this wall. I consider myself lucky. Yet I am a single voice and for the vast amount of discussion and debate we see non-Indigenous men able to have in the media, the same principle rarely seems to apply to voices marginalised within society.

Earlier this week, community social media channel IndigenousX released their findings from a community-driven survey into constitutional recognition. This survey was launched after the Recognise campaign issued a media release stating 87% of Indigenous people would vote yes in the planned 2017 Recognition referendum following a survey of 750 people.

The reason for IndigenousX creating its own survey was simple: the Indigenous sentiment conveyed on social media channels and broader didn’t correlate with such an incredibly high approval rate particularly considering the model has not been determined.

By the time the IndigenousX survey results were released, 827 Indigenous people had participated. The results were striking. It was found that only 25% of respondents supported Recognise. It was additionally found that nearly 50% of respondents would vote against constitutional recognition even if the removal of racist provisions was included in the referendum questions.

The figure voting against jumped to nearly 70% when the removal of racist provisions was taken off the table as an option and to 75% opposed if the model was purely symbolic. Finally, a majority of respondents stated that they did not feel that Aboriginal and Torres Strait Islander people’s lives would improve if we are recognised in the constitution.

Yet consistently, we are told that recognition of Indigenous people in the constitution will lead to equality; that it is “the right thing to do”. We have also been told we want this and need to convince the rest of Australia.

Why is it then that so many people who answered the IndigenousX survey disagree with this view? Granted, this was a self-nominating survey where people chose to take part and therefore the results may be skewed toward those who hold strong opinions on the topic, for or against. But the idea that 87% of Indigenous people would agree on anything is even more skewed. We are a diverse group of people and our opinions reflect this.

Only one question came back with a majority support from the respondents: support for an Indigenous parliamentary body. Noel Pearson has recently championed such an idea. Some sort of permanent political representation has long been sought after by the community, whether it’s a proper body to advise on proposed policy, or it’s designated seats, or it’s the simple push toward achieving parity rates of representation. In 2015, it’s shameful that we only had three Indigenous senators and one Indigenous MP ever elected to federal parliament since federation.

This has meant that for nearly the entire history of parliament, we have rarely had anyone at the table during discussions of policies that affect our lives, nor has there been an imperative on the government to consult us. It is not surprising that Indigenous people want to be at the table because history shows that it is a rare occasion that governments actually act in our interests with our consent.

If nothing else, the results from the IndigenousX survey on constitutional recognition should tell the Australian public that the discussion on this topic is far from over from an Indigenous perspective. There is a responsibility of the public, if they are indeed going to go to the polls and vote on this matter, to engage with this discussion. At the moment, it seems to be happening the other way around and the media, in general, has been neglectful when it comes to giving a platform for this diverse discussion.

When it comes to Indigenous rights, our voices should always be front and centre.