Margaret Hellard has thick skin. You have to when you work with prisoners while researching infectious diseases. You have to when News Corp commentators like Andrew Bolt are calling the COVID-19 modelling scientists like you, “trash”. Sure, take a microscope to Professor Hellard’s work – the professor of epidemiology and director of the Burnet Institute won’t back away from meaningful debate. But death threats? Wishing her kids ill? That was not a danger the scientist was expecting to face while helping Australians out of the coronavirus pandemic. “You have these sort of things where somebody feels like they can say your work is crap or this or that,” Professor Hellard said. “Then every now and then you have one where (they say) ‘and I would like you to die or your family members to die or for you to fall off a cliff, or something evil to happen to you’ … that can be really horrible.” Police have launched an investigation into one particular email, in which Professor Hellard’s life and family was threatened.

Source: COVID-19 researchers become victims in the war on science

The outgoing president’s campaign is filling the inboxes of supporters with messages that aim to incite fear and anger.

Trump Emails Supporters to Say, “The Left HATES YOU” 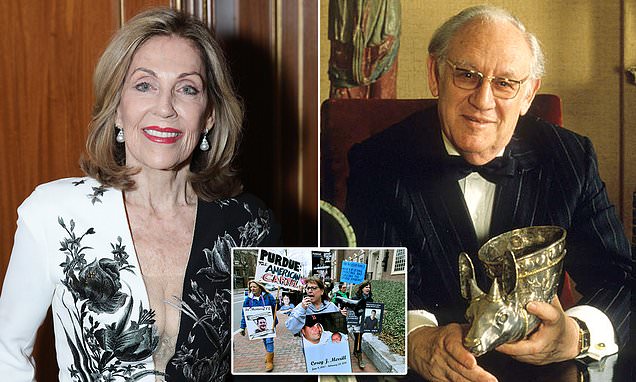 The Anti- Semitism of Right-Wing White Christian Addiction and Nazi thought in the USA. Overlooks the fact America’s Capitalism was based on the backs of Addiction  and a drive to make it grow not Judaism alone. Finance in America is based on Addictions of all sort and given the money has run out Debt.(ODT)

No, the birth of the White Plague was largely iatrogenic, meaning “brought forth from the healer,” as legally prescribed OxyContin gave way to an opioid sea, as waves of oxycodone, hydrocodone, heroin, and fentanyl crested and crashed ashore, consuming our nation in its wake.

The White Plague is the handiwork of an irredeemably evil pharmaceutical industry, aided by innumerable pharmacists and physicians who both wittingly and unwittingly served as its facilitators and footsoldiers. However, if we peek behind the curtains of the great monolith of Big Pharma, we find the true culprits, the names and faces of the demons who deliberately crafted, planned, and inseminated the White Plague — the New York Jews known as the Sackler family, the patriarch of which was the architect of Big Pharma itself. Just as the Great Recession of 2008 provided us with a glimpse of the Jewish corruption of the American financial system into a malevolent oligarchy of organized crime, the tale of the Sacklers’ rise to power, of the Jewish perversion of the pharmaceutical industry, provides us with an incredible glimpse into the Jewish coup of the twentieth century, into the Jewish corrosion of every single one of our

via The White Plague, by Giles Corey – The Unz Review protesters, many dressed in fatigues and wearing shirts that identified them with groups such as Proud Boys, Oath Keepers, Bikers for Trump, the Alt Knights, and a militia group called American Patriot the III%, gathered in a gravel parking lot in Deposit, New York. They had come for the “Second Annual Ride for Homeland Security.” Pickup trucks, cars, and motorcycles were adorned with American flags. Deposit, a depressed rural community in upstate New York with a population of 1,577, is located at the confluence of the Oguaga Creek and the West Branch of the Delaware River near the border with Pennsylvania.

The protesters, several driving all night, planned to ride past a small community called Islamberg, an enclave of two hundred mostly black Muslims in nearby Hanover, with seventy acres of farmland and woods. The community, with its modest homes of wood and cinder blocks along dirt roads, is a punching bag for right‐wing conspiracy theorists.

via The Culture of Hate

The process by which the media continue to normalize President-elect Donald Trump and the extreme elements that now define his pending administration is achieved story-by-story, headline-by-headline, and even adjective-by-adjective.Language, and the way journalists deploy words during the Trump transition, are a central avenue for down

Our financial and corporate regulatory system manages to be both bad for the economy and for public transparency. And neither the Government nor the Opposition has a plan that will likely resolve it.

Source: No wonder we hate the banks – The Drum (Australian Broadcasting Corporation)

Source: Who made it OK to Hate Muslims? | Informed Comment 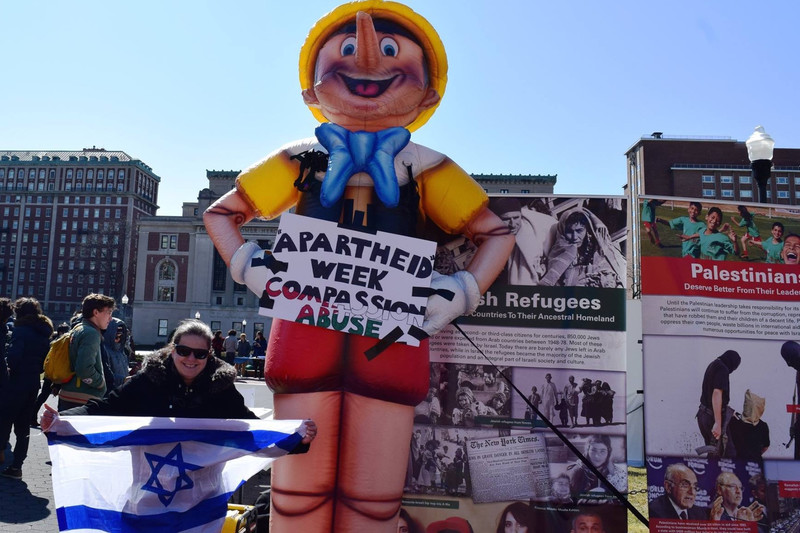 Students Supporting Israel is an astroturf group whose leaders are closely tied to the Israeli government.

The Coalition has stayed true to its word – » The Australian Independent Media Network.

How Our Press and Politicians Are Being Played by Islamic State 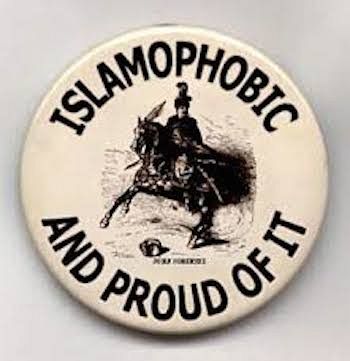 Will Abbott clamp down on Reclaim Australia’s racial hate rallies?.

Police believe the triple homicide of a Muslim family in their North Carolina home was due to a parking conflict and was likely not religiously motivated. But the victims’ family disagrees, calling it a “hate crime” and an “execution.”

The three young relatives in the college town of Chapel Hill were gunned down in their home on Tuesday evening. The victims in the triple homicide have been identified as Deah Shaddy Barakat, 23; his wife, Yusor Mohammad Abu-Salha, 21; and her sister, Razan Mohammad Abu-Salha, 19. All three victims were shot in the head.

A 46-year-old man identified by police as Craig Stephen Hicks turned himself in late Tuesday night. He was subsequently arrested on suspicion of three counts of first degree murder. Hicks lived next door to the family in a condominium complex a few miles east of the University of North Carolina’s flagship campus.

The women’s father, psychiatrist Dr. Mohammad Abu-Salha, told the Raleigh News & Observer that, while parking may have been the catalyst for Tuesday’s events, the shooter had an underlying animosity towards his daughters and son-in-law based on their religion and culture.

“It was execution style, a bullet in every head,” Abu-Salha said Wednesday morning. “This was not a dispute over a parking space; this was a hate crime. This man had picked on my daughter and her husband a couple of times before, and he talked with them with his gun in his belt. And they were uncomfortable with him, but they did not know he would go this far.”

The grieving father said that one of his daughters had told the family a week ago that she had a “hateful neighbor.”

“Honest to God, she said, ‘He hates us for what we are and how we look,’” he said. Both women wore hijabs, the traditional Muslim head scarf.

While police noted Wednesday morning that the killings were likely part of an ongoing parking dispute, they added that they have not ruled out the possibility that it was a religiously motivated attack.

“Our investigators are exploring what could have motivated Mr. Hicks to commit such a senseless and tragic act,” Chapel Hill Police Chief Chris Blue said in a statement. “We understand the concerns about the possibility that this was hate-motivated and we will exhaust every lead to determine if that is the case.”

Durham District Attorney Roger Echols also said that law enforcement has not eliminated any motives at this point.

“All motives will be under investigation,” Echols said, according to WRAL.

Hicks’ wife Karen denied that her husband was motivated by Islamophobia, but rather by the parking situation at the condominium complex.

“This incident had nothing to do with religion or the victims’ faiths,” Hicks’s wife told reporters at a news conference Wednesday afternoon.

She added that the shooting came as a “complete shock” and she expressed her “deepest sympathy and condolences” to the victims’ families, WTVD reported.

Hicks’ attorney also stressed that the family does not believe the shooting was a hate crime.

Both Karen Hicks and Maitland mentioned mental illness as a factor.

Parking was a recurring issue between Hicks and his three victims, but it never escalated to the point of involving law enforcement, Chapel Hill police told WTVD.

“I talked with the brother of Deah Barakat who was shot, and he told me that allegedly this neighbor had gone into this apartment before, over parking, and this was an issue that they had dealt with in the past,” WUNC’s Reema Khrais reported.

On Tuesday evening, one 911 caller heard eight shots; another reported between five and 10 shots after she heard “kids screaming,” according to released recordings of the calls. Neighbors have described the parking situation as “confusing,” WRAL reported.

While many across social media and in the Muslim-American community called on law enforcement to investigate the incident as a hate crime, local officials sought to calm fears of an outbreak of violence against those who practice Islam.

“The events of yesterday are not part of a targeting campaign against Muslims in North Carolina,” US Attorney Ripley Rand told reporters at a news conference Wednesday afternoon, adding that there is “no information this is part of an organized event against Muslims.”

“This appears, at this point, to be an isolated incident,” Rand said.

The Council on American Islamic Relations (CAIR) called on federal authorities to investigate the slayings and address a “possible bias motive” for them.

“Based on the brutal nature of this crime, the past anti-religion statements of the alleged perpetrator, the religious attire of two of the victims, and the rising anti-Muslim rhetoric in American society, we urge state and federal law enforcement authorities to quickly address speculation of a possible bias motive in this case,” said CAIR National Executive Director Nihad Awad, according to WTVD.

Currently, federal law authorities are assisting “merely in a monitoring capacity at this point,” Rand said. They are helping process evidence, which is standard in homicide cases, WRAL reported.

Hicks was arraigned Wednesday morning. Durham County Judge Marcia Morey denied bond, and scheduled his next court appearance for March 4. Hicks was originally being kept at the Durham County Jail, but was later moved to the state’s Central Prison. Authorities have not elaborated on why.

Vigils for the victims are planned at UNC and at North Carolina State University, where all three received their undergraduate degrees.