Let me start again. As Pauline Hanson reminded us that Australia is being swamped by Muslims, a forum was taking place in some of Melbourne’s most elite surroundings, where a society of the country’s top businessmen, journalists and ex-politicians discussed the same message: the decline of the West is upon us and it is the result of Muslim migration.

Those of us who consider ourselves centrist or progressive are more likely to be infuriated that the propaganda campaign to focus the pain and anger of these disadvantaged by our IPA-led government on minority groups is working so effectively. Thanks, Andrew Bolt and emulators.

Melbourne Club dinner, a very senior media figure complained about “Abbos” on welfare, so the two bigotries as usual reflect the entrenched prejudice at the heart of Australian traditions.

Tony Abbott’s recent notification that he has been appointed to the board of the “Ramsay Centre for Western Civilisation” created by a million-dollar Liberal donor becomes much clearer in this context.

At the Melbourne Club, one speaker scoffed that Muslim soldiers in the Middle East referred to occupying Western troops as “crusaders.” Maybe we need to consider that a strong thread of “crusader” hysteria is genuinely informing policies in our own corridors of power.

Source: From 2016: Captained by Crusaders – » The Australian Independent Media Network

Justice Alito Laments Disrespect for Religion as Americans Abandon Faith – Will his Dobbs Push them Further Away?

Justice Alito Laments Disrespect for Religion as Americans Abandon Faith – Will his Dobbs Push them Further Away?

When decent Australians allow themselves to be carried along by the wave of this moral panic, they are not defending women. What they are doing is becoming caught up on the rational-sounding fringes of a hysteria that will lead to violence.

Bigotry, racism and the power of the Israel lobby 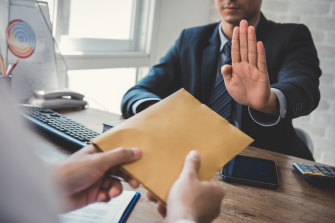 Fighting Fake News with REAL 24/1/20; Why are we so much more corrupt than NZ? Incremental Change amounts to tokenism; Bolt Murdoch’s Anti-Australian; Less than two hours after Donald Trump claimed that he was “not happy” with supporters who chanted “Send her back” during his scripted rant against Rep. Ilhan Omar on Wednesday night, the president praised the same baying mob.

“These are people that love our country,” Trump said, echoing his defense of the white supremacists in Charlottesville who chanted “Jews will not replace us” as “very fine people.”

via Trump Praises Supporters Who Want to Deport Ilhan Omar Conclusion: Bigot in Chief
The media and the corporate Democrats are going after Trump and passing meaningless resolutions in the House condemning him for his racist tweets. There is actually a far larger point at play here, and it shows how truly dangerous Trump is.

Consider briefly the definition of the word bigot: a person who is obstinately or intolerantly devoted to his or her own opinions and prejudice. Related terms include doctrinaire, fanatic, sectarian.

All of these terms have one thing in common: proponents lack that quality which being President of the United States most requires: mental flexibility

This is what makes Trump so dangerous: not his racism, not the fact-free nonsense he spouts on a daily basis, but his simplistic, dogmatic and rigid world view. His inability to learn, to change, to adapt. For all the vile crap he has said in and out of office, look beyond that and see the true danger: the man in charge of the largest military in human history is not capable of learning anything.

via The Bigot in Chief: Trump’s Intolerant Past – » The Australian Independent Media Network 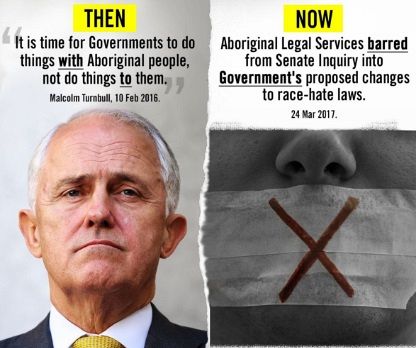 The unpopular proposed changes to the Racial Discrimination Act are likely to fail, just like the Turnbull Government.

A drone pilot who converted to Islam eight months after joining the Army says he faced discrimination, including being told to find another job if he wanted to practise Islam properly.

Whatever the Daily Telegraph pays Piers Akerman to spread his unique brand of ‘commentary’, it’s not enough. So if you’re reading this Rupert Murdoch, double the man’s salary.Akerman’s column this week attacking the independent Australian documentary, Gayby Baby – and the Tele’s complementary campaign of smearing shit all over itself and then grinning like a five-year-old – has done more than any hard working publicist could ever do to promote a film that every Australian should see.

Source: Gayby Baby: Out Of The Mouths Of Babes, And Piers Akerman | newmatilda.com

How Our Press and Politicians Are Being Played by Islamic State

Since April 19, 1995, Oklahoma has held a special place in the USA’s terror imagination. For Muslim-Americans, their current state as social pariah number one, holds unpleasant reminders of the post Oklahoma City indictment of Islam. (link – http://articles.latimes.com/1995-04-22/news/mn-57460_1_oklahoma-city-bombing). Almost two decades later, conditions are being replicated following a beheading outside Oklahoma City on September 25th. Alton Nolen, a 30-year old local, severed the head of Colleen Hufford – a former colleague at the food-distribution company that had recently fired him (link – http://www.aljazeera.com/news/americas/2014/09/us-man-shot-after-beheading-colleague-2014926233713271290.html).

Following the gruesome incident, media outlets immediately sought to link this savagery to the man’s recent conversion to Islam. (link – http://docapp065p.doc.state.ok.us/servlet/page?_pageid=394&_dad=portal30&_schema=PORTAL30&doc_num=634241&offender_book_id=391688&imageindex=5) His extensive criminal record was merely a sideshow, skipped over, in order to focus the public attention on the presupposed

Since April 19, 1995, Oklahoma has held a special place in the US terror imagination. For Muslim-Americans, their current state as social pariah number one, holds unpleasant reminders of the post Oklahoma City indictment of Islam. Almost two decades later, conditions are being replicated following a beheading outside Oklahoma City on September 25. Alton Nolen, a 30-year-old local, severed the head of Colleen Hufford – a former colleague at the food-distribution company that had recently fired him.

Following the gruesome incident, media outlets immediately sought to link this savagery to the man’s recent conversion to Islam. His extensive criminal record was merely a sideshow, skipped over, in order to focus the public attention on the presupposed “guilt” of Islamic doctrine.

Naturally the subhuman violence popularised by ISIL, including, but not limited to beheading, allowed pundits with little information of the crime motives, to blithely connect Nolen’s act with a terrorist network. Worse still, for a community already under an aggressive media spotlight – clear efforts were made to seek a connection (however tenuous) between Muslim-Americans and ISIL.

As the media hype about the first workplace beheading in the US reached fever pitch, it became nauseatingly clear that the true motive and the specific personality of the culprit were considered by news desks as something of an irrelevance to the story. Which by now had its own wrong-headed “terror-based” momentum.

But these days, no burden-of-guilt on the Muslim community is complete without a desperately worded and rushed out apology by community leaders and imams for crimes at home or abroad.

These days, the quintessential hallmark of being Muslim in America is neither faith nor citizenship. Rather, the essence of Muslim-American identity right now is the collective fear which arises during national security crises. It is increasingly these “interim moments, between catastrophe and discovering the real culprits [of terrorism],” which most aptly defines so much of the experience of being Muslim and American today.

Although the overwhelming majority of terrorist attacks are committed by non-Muslims, the prevailing narrative conflating mass violence with Islam trumps statistics, easily shifting the presumption of guilt onto every adherent of the faith, via hyped up news bulletins.

The immediate search to indict Islam after every atrocious act has, systematically, bred a defensive posture among Muslim-American citizens and our institutions. The practice of assigning instant guilt, combined with the American understanding of Islam as a spiritual, ideological and demographical monolith, has pushed Muslim-Americans into the proverbial corner. Trapped between “supporting terrorism” and a hard place, Muslim-Americans are perpetually burdened with guilt by association of faith.

And we ourselves are not without blame for this sorry state of affairs. Muslim-American leaders (some self-appointed) and too many of our major institutions have largely ceded to intimidation. There are various elements at play.

Being the first to speak out when a new atrocity breaks, can mean a great deal of airtime and publicity for the “Muslim spokesperson”. And it is a long accepted fact that an invitation to White House dinners is on offer to Muslims who are willing to jump on the blame bandwagon. Those who sadly may be putting personal ambitions above long term community strategy, curry favour with government agencies that profile, prosecute, and persecute Muslim-Americans.

An apology is far more than an act of remorse when made to the media by Muslim-Americans. It is an admission of tacit guilt. Let me give you an example: If someone living on my road whom I’ve never met, steals your bike, do I apologise for it? And if I did, wouldn’t you wonder why I was linking myself to the crime?

Oklahoma, aptly named the “Sooner State” represents the American rush towards judging Islam as responsible for violent atrocities before facts are collected and assessed. This was the case in 1995 with the Oklahoma City bombing and with last week’s workplace beheading.

Now social media activists are seeking to breakaway from the confines of apologia. The Twitter hashtag kicked off by frustrated Muslim youth living in the West #MuslimApologies has brilliantly poked fun at the societal pressure to say sorry continually, nonsensically almost impulsively for all of the worlds ills – if you are Muslim.

Deftly catching the real atmosphere in the Muslim community humour is soothing our community’s soul and giving others an insight into the ludicrous nature of our dilemma.

Assed Baig: “I’m sorry that we keep getting in the way of your drone strikes.” Or how about this from “Raz”: “I’m sorry my beard scares you. It’s hormonal, I swear.”

Choosing to demonstrate that Muslims are diverse, this budding outlook may very well offer the strategic means to move beyond the bleak, dated, sorry state, that grips many organisational gatekeepers, and fails all of us in the US with its vacuousness.

Khaled A Beydoun is an Assistant Professor of Law at the Barry University Dwayne O Andreas School of Law. He is a native of Detroit.

Anonymous To Ferguson Police And The KKK: ‘Your Violent Ideology Will Not Prevail In This Fight’ Video.