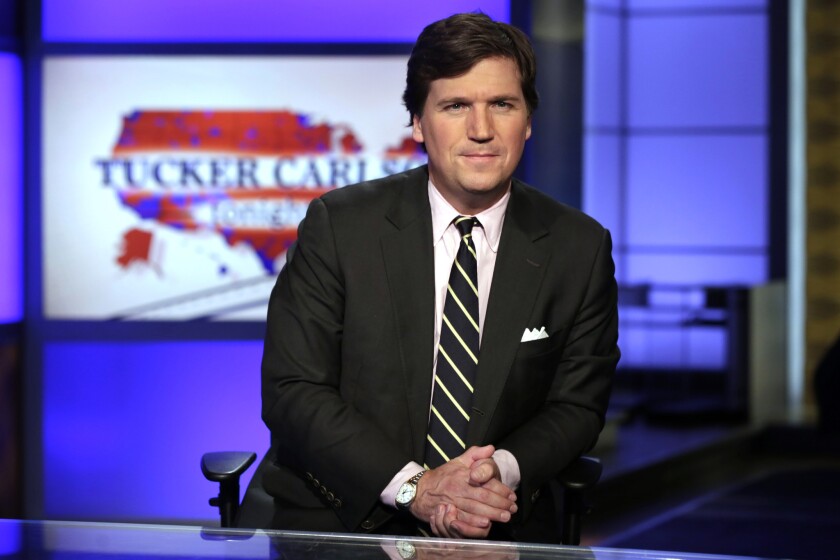 Fox is obsessed with the “crisis” at the border and Black Lives Matter demonstrators. Never mind that BLM protests and other urban demonstrations over the past three years have been overwhelmingly peaceful, which is a little fact that Fox somehow fails to share. Analyzing over 7,000 protests between 2017 and 2020, researchers at Harvard University and the University of Connecticut found that 3.7 percent of the demonstrations—that is, fewer than 1 in 25—involved property damage or vandalism. Protesters or bystanders were injured in 1.6 percent of the protests, or less than 1 in 50. Yet Fox makes you think that the exceptions are the rule, by recycling video of demonstrators burning police cars and looting stores. Did that mayhem occur? Of course, and we should all condemn it. But it’s pure demagoguery to replay the same violent clips, when the vast majority of protests looked nothing like that. Similarly, Fox is rife with stories of undocumented immigrants from Latin America who commit crimes. And, yes, that happens as well. But immigration has declined overall, and not just because of Trump’s wall. According to the first results of the 2020 census, which were released on Monday,

Source: Our Divisions Are Worse Than You Think | Washington Monthly

Our constitution was originally framed as a ‘secular’ document but successive conservative governments, and a number of unfortunate High Court decisions, have led Church authorities to repeatedly claim (incorrectly) that Australia is a “Christian nation.” It is not.

The outgoing president’s campaign is filling the inboxes of supporters with messages that aim to incite fear and anger.

Trump Emails Supporters to Say, “The Left HATES YOU” 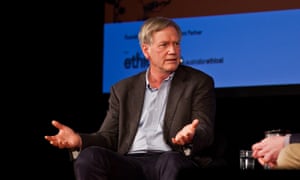 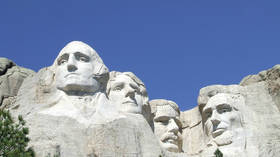 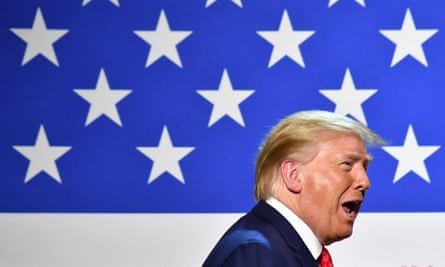 Division for division sake is a political act. (ODT)

via Deconstructed Podcast: Are Trump and the Anti-Lockdown Militias Itching for Violence? 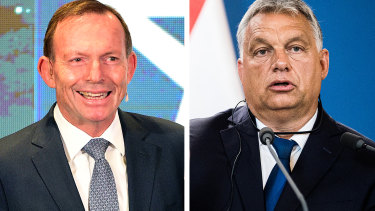 Another bet from a famous conservative caught my eye last week. The Times of London, owned by Rupert Murdoch, announced plans to launch a radio station. It seems likely that Murdoch, whose new station will “target those disenfranchised” by the BBC, is continuing to bet heavily on political polarisation as a major force in media.

It’s also a bet on radio and a prediction that the conservative government will not be kind to the national broadcaster. (It will be interesting to see if Australian Prime Minister Scott Morrison follows British Prime Minister Boris Johnson on this, though the ABC’s coverage of the bushfires has made that harder.) 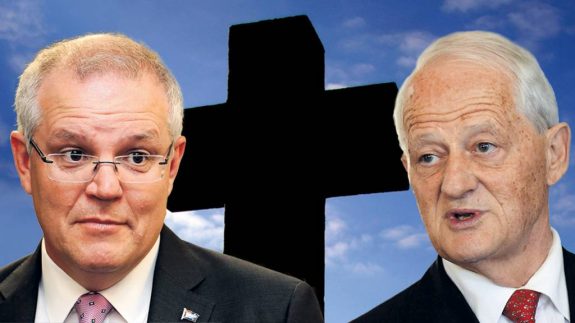 There was a war globally once between Catholics and Protestants to grasp power it hasn’t left the top echelons it’s simply less hidden and spoken about. Christians are divided and our census questions keep it hidden. Christianity is very divided and Conservatives want to keep it that way. (ODT)

Philosophical ethics and critical thinking provide the moral and ethical foundations that allow for a rational and compassionate approach to facing the challenges of life. It is long overdue that public education bureaucracies (in every state) provide these essential life-skills to all public school students. But we can expect the mythical Hell to freeze over long before private religious schools deign to teach PE and CT in place of religion! Will mainstream media ever step up and join the debate?

As far back as 2005 with the Cronulla riots the biggest enablers of those riots were said to be the shock jocks of 2GB and Alan Jones was singled out back then as one of the loudest Nationalist voices at the time. Scott Morrison in fact saw political advantage to be had in encouraging the ultra-right-wing division of the them and us culture wars. However there were wiser heads than his in the Liberal Party at that time who saw the party and Australia in fact as a broad church.

However that all changed with the coming of  Tony Abbott and his Team Australia . Not until 2013 did we see the expanding dark cloud of Islamophobia form across Australia. Despite the miniscule number of domestic events defined largely by the media as terrorist the volume of noise devoted to Islamic hate and Islamophobia come to a crescendo that we haven’t let go of. Abbott took us to yet another war we couldn’t and won’t win, he increased National Security to a level never seen before and now Morrison is amplifying the same providing justification of hate despite the advice of all our experts.

It seems Politicians know better than experts these days on just about everything.. Conservatives have a historical record of drumming up danger that only they claim thay can manage and at times when they are particularly desperate. Wit the assistance of Andrew Bolt who can name 5 cases among 10 million people in Australia’s 2 largest cities as living proof of the danger we are living in. Forget the fact the rest of the world considers those 2 cities as the worlds most livable for their safety.  The fact that Morrison 10 pts down in the polls has re-introduced Abbott’s Team Australia, Them and Us onto the front pages of our conservative influencers for profit MSM media indicates one thing the LNP are not only desperate but incapable of managing themselves let alone the country. (ODT)

Tony Abbott, who oversaw a major strengthening of Australia’s counter-terrorism laws as prime minister, on Monday said Mr Morrison was “quite right to say on the weekend that there is a problem within Islam”.

via ‘They can’t look the other way’: Scott Morrison turns up heat on Muslim leaders 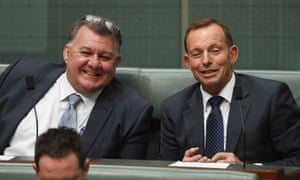 I had been noticing this sleight of hand for a while but it was finally crystallised last week after the climate zealot and federal politician Craig Kelly declared in a widely reported speech that we shouldn’t worry about climate change and that, rather than being the cause of global warming, “fossil fuels actually protect us”.

While this statement is incendiary, and stoked the outrage Kelly no doubt expected, there is nothing new or strange about it.
Australian government backs coal in defiance of IPCC climate warning
Read more

Kelly has made extreme statements like this his stock-in-trade and you could substitute his speech for those by Tony “climate change itself is probably doing good” Abbott or Barnaby “people in the Kmart don’t care about the Paris agreement” Joyce.

Polarising figures win the numbers game almost by default – and not just with climate.

via Dear progressives: Craig Kelly, Abbott and Trump are making you their stooge | Simon Black | Australia news | The Guardian 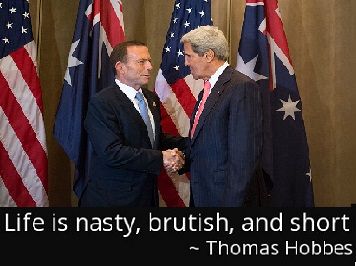 Why is this the case? The simple answer is that the Coalition governs for the one per cent, not the rest of us. The big policy announcement in the Budget was a tax cut for the wealthy, disproportionately bigger than that given to workers on the average wage. The policy upon which the Government is pinning its fortunes is massive company tax cuts justified with the now proven lie that employers will pass on the windfall in wage rises and job creation. The lies are now blatant. Turnbull and company don’t even bother with pretence any longer. Their capitulation to the Ayn Randian ideologues of the Institute of Public Affairs is complete, brazen and deadly for the rest of us.

The Coalition is now dominated by the hard right and the politics of exclusion dominates the policy agenda.

via ‘Nasty, brutish and short’: Hobbes and the Coalition’s politics of exclusion

Liberal’s wish is a Cronulla Revival Police are keeping a close eye on the potential for violent clashes at competing rallies on Australia Day, with Melbourne set to grind to a halt as thousands of protesters flood into the city on Friday.

Source: Will Donald Trump’s divided America evoke the social turmoil of the ’60s? It might — and the 1860s too – Salon.com

Why on an issue as sensitive as refugees do Coalition ministers seek out differences rather than emphasise unity? Is it because they would – for base political purposes – prefer the issue to consensus? Populist politicians are on the march, first in Latin America, then in Europe and the US. They are on both the left and right, and their policies vary, but their approach carries the same risks.

Source: Trendy electoral superheroes: from the Americas to Europe, the populists confront us

The anti-Muslim movement feeds off an ideology with its roots in the 1980s, propagated by conservative think tanks, journalists, and corporate leaders.

Source: Reclaim Australia Pins Working Class People Against Each Other. The Only Winners Are Conservative Elites – New Matilda

The Abbott Government wants to restrict any intake of Syrian refugees to minorities which are largely Christian.

More than just spies, cops and terrorist threats, it would be a mistake to ignore the deeper philosophical debate that infuses Tony Abbott’s pronouncements on national security.

Abbott has done more than set out a contest between good and evil in the fight against Islamist violent extremism, he has also opened a debate over the Australian character – a question of multiculturalism versus citizenship.

Immigrants transformed into “them” in his Monday statement, that “we”, Australians, would help and support.

“But this is not a one-way street,” Abbott declared.

“Those who come here must be as open and accepting of their adopted country as we are of them.

“Those who live here must be as tolerant of others, as we are of them.”

Or join Team Australia, to borrow a phrase.

That tolerance was once captured by the boast about Australia’s multicultural character, the ethnic and cultural diversity to be found in a country where population growth depends on welcoming those brave enough to uproot and begin a new life overseas.

But some conservative thinkers are hostile towards the notion of multiculturalism.

John Howard stripped the word from the title of the immigration department, believing “citizenship” better reflected a commitment to Australia’s values.

Abbott went to the trouble on Monday of reciting a pledge made at citizenship ceremonies.

“This has to mean something,” Abbott said.

Yes, but what? How much cultural difference can “we” allow of “them”, and who decides?

Violence, whether at home in the community, can never be accepted. Democracy is fundamental. But what liberty is found under a burka? Where to draw the line?

The far bigger problem in emphasising citizenship is the lingering suspicion Abbott has cast on “them” and loyalty to Australia.

The Prime Minister called for more Muslim leaders to describe Islam as a religion of peace, “and mean it”.

Hey Tone, time for another Terrorist attack. You need more than one though I’m afraid. Time to get Rupert off his arse and get some Propaganda out there.