Fighting Fake News with REAL, 21/9/19; Time to reinstate Death Duties or a Wealth Tax;..Bill Gates; The combined IQs of Hanson and Sky after Dark prove to be single digit;

Screaming victims of their own conspiracy to encourage foreign donations to which they voted against in the Parliament but ready to take under the table. Just how many twists and turns will snakes make for a dollar? Now Mark Latham is brought in to try to put the back foot Party in front claiming Al Jazeera made them do it.

This is One Nation’s undoing so watch the Liberals swoop like like they did when Abbott had Hanson jailed. Like vultures fighting over a carcass. How is it Hanson’s Party has for 20 years shown how competant they aren’t with a gun? Watch Latham short term State  member long term leader. ()DT)

As part of an Al Jazeera investigation, One Nation figures were filmed discussing the softening of Australia’s gun laws

Analysis: By their own admission, the ‘headwear test’ backfired for One Nation (photos) 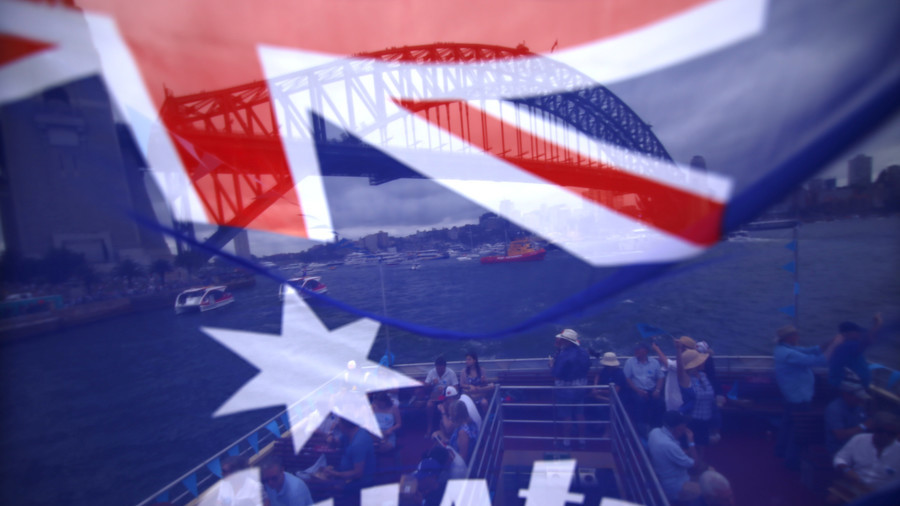 Politicians are roasting an Australian nine-year-old after she refused to stand for the national anthem. They are now calling for grade 4 student Harper Nielsen, who says the anthem is racist, to be kicked out of school.

Harper, who goes to Kenmore South State School in Queensland, told Nine News that she chose to sit during the national anthem. She was given detention last week over her refusal to join her classmates in standing. Has the movement stalled, or is it just pausing to digest the first course?

Source: Putin Moves To Distance Himself From Pauline Hanson – The Shovel

Pauline Hanson says she would be prepared to put aside her personal opposition to same-sex marriage and vote for it in the Senate – but only if the Australian people vote in favour of it at a plebiscite.

Pauline Hanson’s big idea is that Australia is under relentless attack from minorities that swamp us without assimilating. 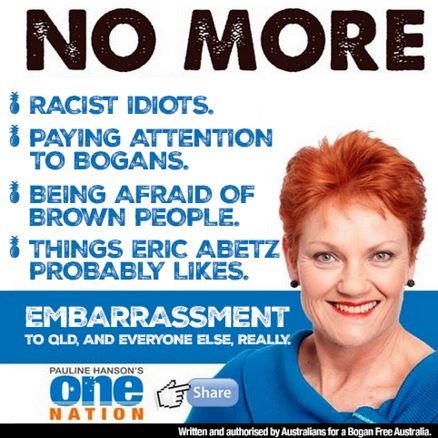