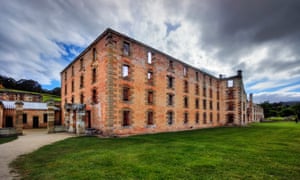 In our early 19th century single-sex prisons the only bond strong enough to withstand the inducements to inform on your fellows, and the punishments meted out to surly inmates, was romantic love.This is why prison officials went to such extreme lengths to separate same-sex convict couples by relocating them to prisons hundreds of kilometres apart.Their fears were real. Same-sex bonds were at the centre of prison rebellions like the flash mob at the Cascades Female Factory or the Ring on Norfolk Island.

Source: Australian homophobia is deeply rooted in its colonial past | Rodney Croome | Opinion | The Guardian

When irrational emotions are driven by fear and ignorance, somebody gets hurts.

Whatever the Daily Telegraph pays Piers Akerman to spread his unique brand of ‘commentary’, it’s not enough. So if you’re reading this Rupert Murdoch, double the man’s salary.Akerman’s column this week attacking the independent Australian documentary, Gayby Baby – and the Tele’s complementary campaign of smearing shit all over itself and then grinning like a five-year-old – has done more than any hard working publicist could ever do to promote a film that every Australian should see.

Source: Gayby Baby: Out Of The Mouths Of Babes, And Piers Akerman | newmatilda.com

THE CABIN ANTHRAX, MURPHY, N.C. (CT&P) – Right-wing radio host and American Family Association Spokesman Bryan Fischer will be fitted with an experimental new muzzle that will deliver an electric shock to the unhinged pundit whenever he says something incredibly stupid or hateful, according to AFA President Tim Wildmon.

“We have tolerated this idiot long enough,” said Wildmon, during an interview with Jesus Daily, a national tabloid devoted to all things Jesus. “He’s running off donors right and left with this obsession he has with homosexuals. He can’t even complete a sentence on the air without talking about gay marriage, sodomites, or homosexual behavior. I’m starting to think that the old geezer needs psychiatric treatment.”

The tipping point for Wildmon’s decision to use the device, which has only been used before to train political execution dogs in North Korea, was apparently Fischer’s wild rant on his radio show over the weekend.

During a half-crazed 15 minute diatribe about God and gays, Fischer, like so many other evangelicals, pretended to know the mind of God and insisted that the omniscient and all-powerful deity was just as infatuated with homosexuality as he is.

During the borderline psychotic episode Fischer defended his Neolithic opposition to lesbian, gay, bisexual and transgender rights, arguing that anti-LGBT sentiment was a “natural revulsion.”

Fischer told his “Focal Point” listeners that the term “sodomy” has become culturally obsolete since “it’s an ugly word, because it refers to an ugly practice.”

“It’s not the word, it’s what it describes, it’s what it refers to,” he said. “We have a natural revulsion to that kind of behavior just as God does. We got that from God. God reacts the same way to homosexual behavior, to sodomy, as we do.”

One caller objected to Fischer’s observations, pointing out that the same God that created straights undoubtedly created gays as well, and besides, watching Bryan Fischer have heterosexual sex would be far more revolting than sodomy could ever be.

Apparently Tim Wildmon agreed with the caller because immediate action is being taken to bring the unhinged and sexually insecure Fischer to heel.

Wildmon told reporters that it would probably take few days to get the voltages and fit just right on the new muzzle, but we should expect to hear a much more reasonable Bryan Fischer over the airwaves sometime late next week.