These figures are disturbing, but the good news is that Americans  American Reincreasingly reject the old myth that CEOs make so much money because they’re just that much smarter and harder-working than the rest of us. Public outrage over these extreme pay gaps is now so high that a majority of Americans across the political spectrum favor a cap on CEO pay relative to worker pay, regardless of company performance.

Source: America’s Inequality Problem in One Statistic | The Smirking Chimp

My name is Nicole. I’m a scientist and a mother, but underneath all of that I am a woman. Not only this but like all women I have faced significant adversity because of my gender. I have stood in front of a man clutching my abdomen explaining I am bleeding heavily, at a hospital where I was told to ‘rough it’ because the then law made it illegal to transport me or for me to use public spaces or restrooms. As if a dog on heat, I have walked out of a hospital, walked 1.5km to my car in agony bleeding through my pants and squatted on the side of the road, hands resting on dried eucalyptus leaves, as the product of conception violently ejected itself from my body.

Upon making a complaint about this injustice, I have been told by the director (a man) of a hospital, that despite blood work indicating I was pregnant, I wasn’t bleeding enough and couldn’t have been having a miscarriage – because I didn’t bleed on cue. I have been ignored in both my professional and in public life, harassed, assaulted, and objectified and raped. All because of my biology. I have missed work, opportunities and taken countless sick days. All of this, simply for having a uterus, an organ that the opposite sex (men) don’t have. And before I even used her (my uterus) to the full extent of the activities she is capable of, I knew inequality in the deepest part of my soul. This is because I am a woman. This is what it means to be a woman even in my own country, Australia. 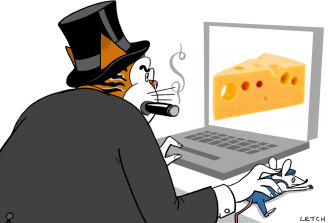 A capitalist economy wouldn’t work as well as it does were entrepreneurs not always trying new ways to increase their profits. The trouble is that not all the ways they try are of benefit to the rest of us, not just themselves and their shareholders. In such cases, governments should not shirk their responsibility to act in the interests of the many not the few. Nor should we fear that, unless we give businesses free rein in their pursuit of higher profits, our business people will lose all interest in running businesses.

Source: Long way to go before the Australian economy is more equal The great advantage of having retired, is the time and opportunity it provides to see how things could be improved. The first observation relates to the ability to compare progress – or otherwise – over time. One unfortunate example is the very obvious increase in inequality. I can remember, back in the UK in the 1950s and ’60s, that the top tax rate was 90%. Should any modern government seek to raise tax rates to such a level nowadays, all hell would break loose!

The spread of COVID-19 anywhere on the planet threatens us all, yet Big Pharma’s monopoly on the vaccine supply ensures that people in most of the world aren’t getting inoculated. In this appeal, left-wing figures like Jean-Luc Mélenchon, Rafael Correa, and former Brazilian president Lula call on governments to lift the patents and ensure vaccines are distributed as cheaply and quickly as possible.

Get Rid of the Patents on COVID-19 Vaccines Already

In the midst of a deep recession this government is seeking to lock in an inequitable income tax system under the guise of recovery. Two recent reports, however, highlight that moves to bring forward the legislated tax cuts will fail to provide adequate stimulus to the economy and will only exacerbate inequality that was already increasing prior to the pandemic.

Inequality is already rising in Australia. Tax cuts would entrench it for no economic benefit | Greg Jericho | Business | The Guardian 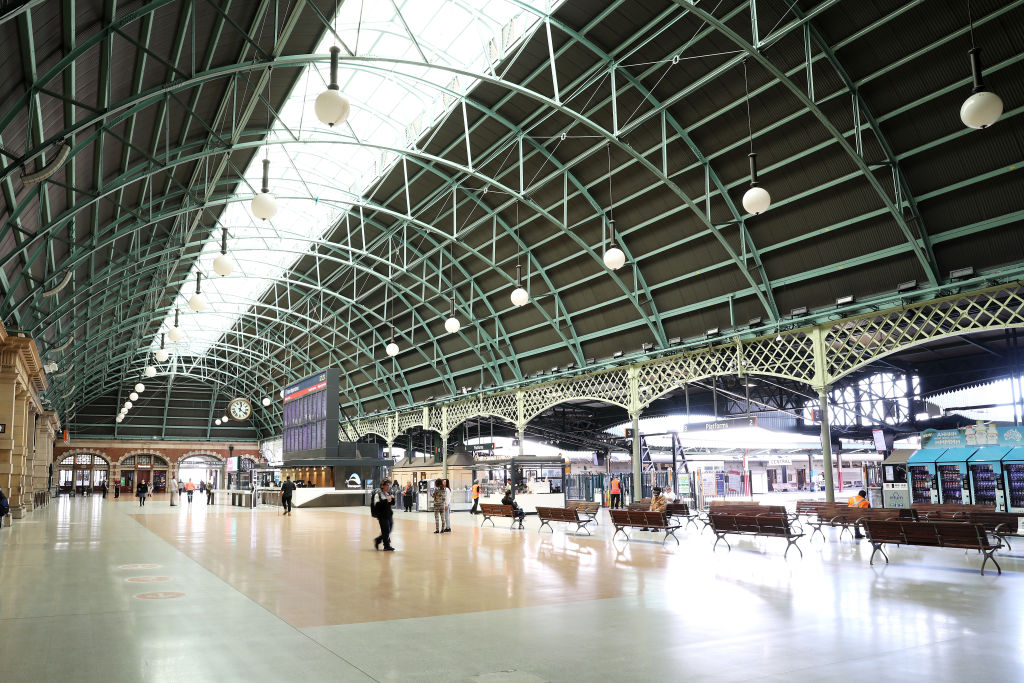 Perhaps the most pathological problem with super is the most neoliberal: An enormous, extractive financial sub-industry has been built around it. Currently Australia pays over $30 billion dollars a year in super fees. Much of this is skimmed from low-balance accounts belonging to the worst off. It’s nearly the size of the military budget (roughly $40 billion) and twice what the whole country spends on electricity.

There are tens of different super funds, but all perform roughly the same role. This multiplication of effort means Australia’s superannuation system is absurdly wasteful. Super fees add up to more than $1,000 for every person in Australia, every year. By comparison, Norway’s nationalized pension fund has over twenty times lower fees per invested dollar. via Inequality: Just what do you mean by that? Surely you don’t mean you are my equal? – » The Australian Independent Media Network 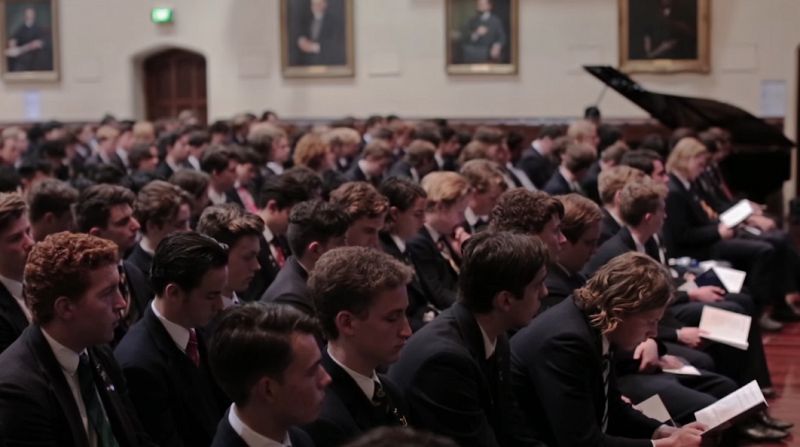 via Class service: The rich schools are becoming richer

via The 4 Biggest Conservative Lies About Inequality | The Smirking Chimp

via Homelessness soars in our biggest cities, driven by rising inequality since 2001

via ‘In Balata camp, every single child suffers from psychological problems’ | +972 Magazine

While most of us see ourselves as ‘not racist’, we continue to reproduce racist outcomes and live segregated lives

I am white. As an academic, consultant and writer on white racial identity and race relations, I speak daily with other white people about the meaning of race in our lives. These conversations are critical because, by virtually every measure, racial inequality persists, and institutions continue to be overwhelmingly controlled by white people. While most of us see ourselves as “not racist”, we continue to reproduce racist outcomes and live segregated lives.

via White people assume niceness is the answer to racial inequality. It’s not | Robin diAngelo | Opinion | The Guardian

Andrew Leigh, a member of the Australian parliament, has a side gig. He just happens to be a working economist. Other lawmakers may spend their spare hours making cold calls for campaign cash. Leigh spends his doing research — on why our modern economies are leaving their populations ever more unequal.

Leigh’s latest research is making some global waves. Working with a team of Australian, Canadian, and American analysts, he’s been studying how much the prices corporate monopolies charge impact inequality.

via What Does Inequality Cost the Average American? About 0,000

Working Class Middle America voted and wereconned into this. No cuts Abbott did the same in Australia. (ODT)

via Because ‘Richest Americans Do Not Need Another Massive Tax Cut,’ 776 Groups Urge Congress to Stop Tax Scam 2.0

The income survey data show an even more mixed record. The Our World in Data database shows that by 2003 the real income of the median Australian household was only about 5% higher in real terms than in 1989, while the second and third decile households – mainly headed by those on low wages and some on social security – were actually no better-off than in 1989, largely due to the effects of the early 1990s recession.

Despite the way it’s been spun, the Commission’s main message is that in the decades ahead we will need both policies that generate economic growth and policies that ensure it’s well spread. One without the other could leave many of us worse off.

via Don’t believe what they say about inequality. Some of us are worse off 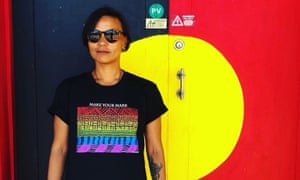 “It really does require a sentence to be imposed that will provide adequate deterrence to ensure that investors, who these days often are retired people who have no other means of earning a livelihood except for their investments … are adequately protected,” McLennan told a gobsmacked court.

via Where white-collar crime meets a wet lettuce leaf 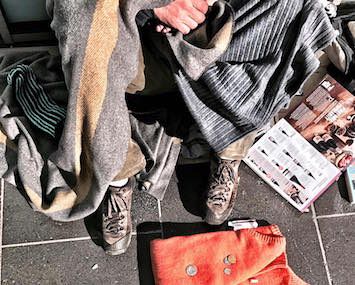 Inequality is rising but we can learn from an earlier, more egalitarian Australia and reclaim the “fair go”.

Source: Inequality in Australia and reclaiming the fair go Source: Day to Day Politics: Inequality. What’s mine is mine and what’s yours is negotiable. – » The Australian Independent Media Network

Australia’s own version of Seven Up shows conditions slipping.

Source: HILDA. Why we’re suddenly concerned about inequality. Things have stopped getting better 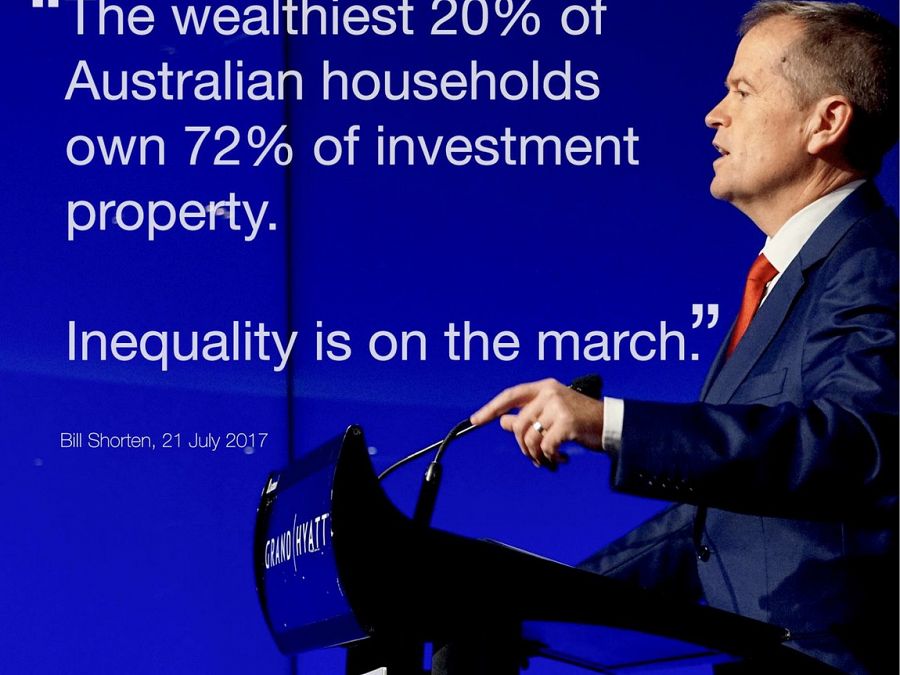 Inequality is growing because there is an uneven distribution of power.

Source: Inequality not just about wealth but also about power

Inequality in wealth had “become more pronounced in the past few years because of the of the rise in assets prices – people that own those assets have seen their wealth go up,” he said. 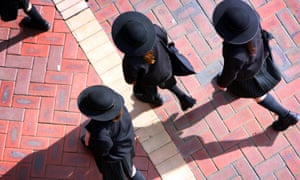 Scholarships at private schools might be highly sought after, but they cause otherwise progressive people to support institutions that maintain structural inequality in society

Source: I was a poor kid at a wealthy private school. It gave me social mobility, but also a sense of shame | Education | The Guardian Source: How to ignore an equality problem | The Monthly 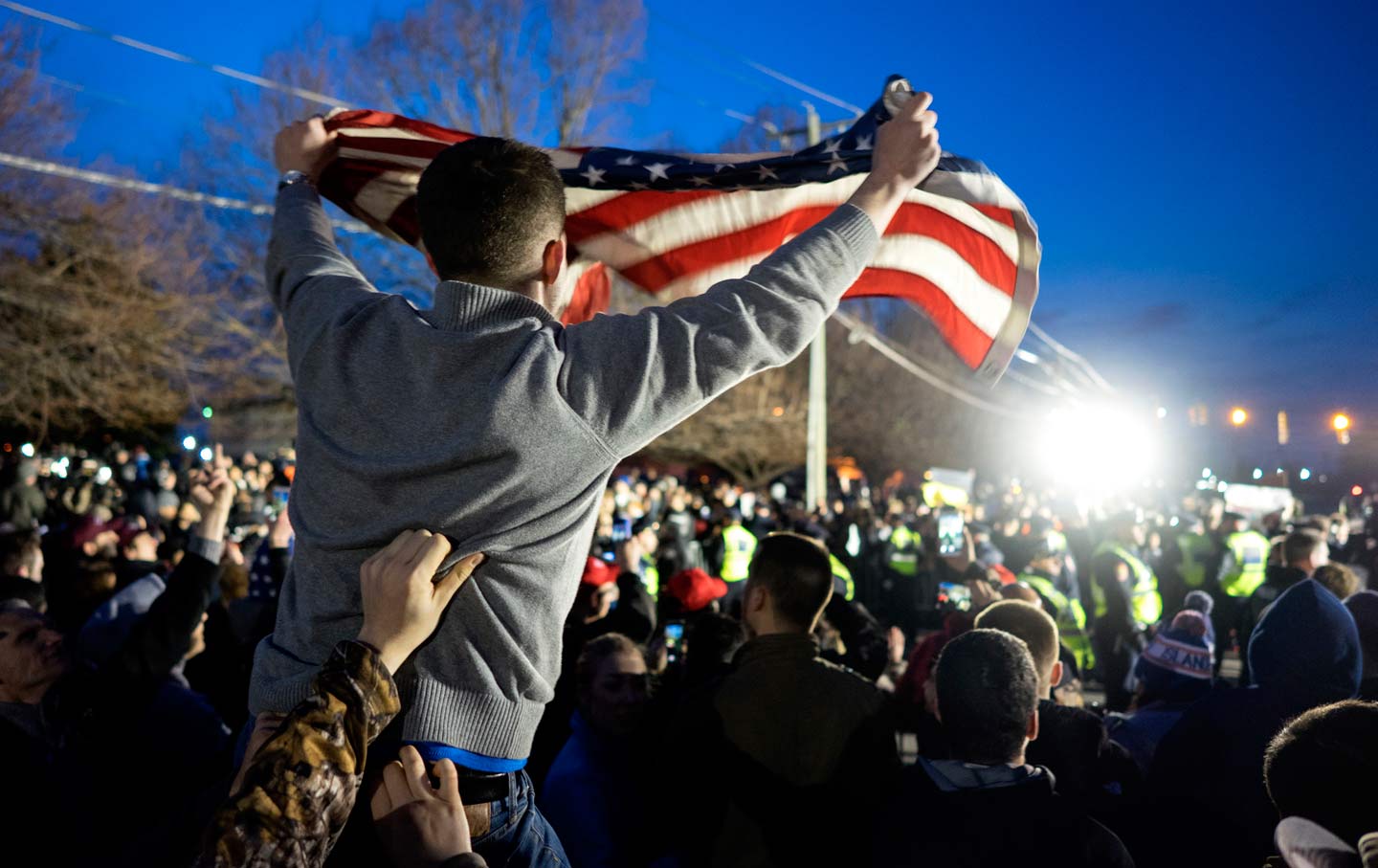 Source: Inequality Is Only Getting Worse | The Nation

The free trade has been beneficial for some countries, but has left developing nations in a perpetual state of struggle. According to Kamal Ahmed, who is a specialist in the field of Economics and a journalist for the BBC, a report published by the World Bank highlighted …

When Palestinians demand their attackers receive the same punishments as those who target Jews, the pretense of equal treatment before the law slips away. Some of Israel’s most hardline politicians are fond of saying that they don’t differentiate between terror attacks perpetrated by Jews and Palestinians. In the wake of the Duma arson that killed three members of the Dawabsheh family, the likes of Prime Minister Benjamin Netanyahu, Miri Regev, Ayelet Shaked and Naftali Bennett were all heard singing variations on the theme of “terror is terror, no matter whether Jewish or Arab.” [tmwinpost] The Israeli state and its judges, however, continue…

A man who filed hundreds of fake tax returns in the names of international students to claim money from the tax office will serve his sentence under an intensive corrections order. 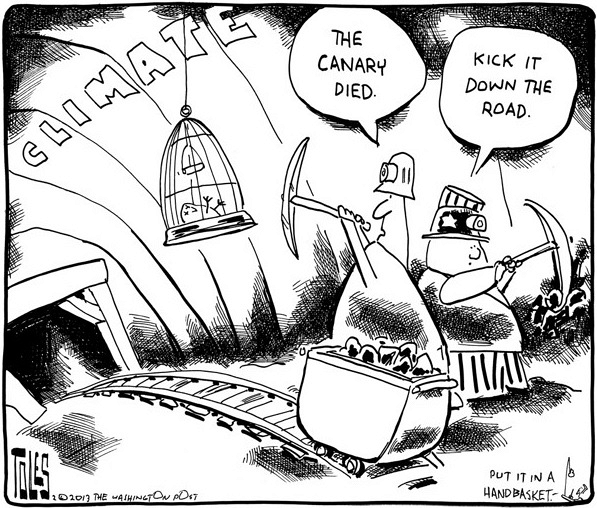 As temperatures rise with climate change, the Earth’s natural capital will change too − but there may be few winners, even among the wealthy.

A video of an Aboriginal child’s early interaction with the justice system should never have been used to confect outrage with no regard for his welfare.

Health authorities in NSW must do more to protect Aboriginal children in remote communities from “diseases of poverty”, a coroner has warned. Kia Shillingsworth was four when she was rushed to Brewarrina Hospital in the NSW far northwest on October 29, 2012. Kia had been active that morning but by the afternoon was coughing, wheezing, lethargic and running a temperature. By 9pm, Kia was coughing blood and specialist crews were rushed to her hospital bedside by midnight. She was pronounced dead around 2am.

This is truly a must-see. Pass it on.

Source: Inequality in America… Is Way Worse Than You Think (Video) AnonHQ

Debt-and-deficit brigade may bring us down

Why inequality is bad for growth

ROBERT B. REICH, Chancellor’s Professor of Public Policy at the University of California at Berkeley and Senior Fellow at the Blum Center for Developing Economies, was Secretary of Labor in the Clinton administration. Time Magazine named him one of the ten most effective cabinet secretaries of the twentieth century. He has written thirteen books, including the best sellers “Aftershock” and “The Work of Nations.” His latest, “Beyond Outrage,” is now out in paperback. He is also a founding editor of the American Prospect magazine and chairman of Common Cause. His new film, “Inequality for All,” is now available on Netflix, iTunes, DVD, and On Demand.

If Inequality Worries Republicans, Why Do They Keep Making It Worse? (from @Truthdig).