After almost six years of diving, we may have finally found the bottom of the barrel.

As we emerge from four years of disastrous Trump politics, fervently hoping for a modicum of normality in US politics, we find ourselves confronted with a growing phenomenon: the desire of many to live in a bubble of their own choice. We saw this coming as the likes of Fox News in the US fostered a cult of Trump followers, feeding them with a consistent diet of what they wanted to hear. They lapped it up and came back for more. Trump was their idol, a reliable source of intelligence. They needed no more. Rather than seeking uncontaminated truth, they sought only re-affirmation of their pre-existing views, their ‘truth’. Fox gave it to them in spades. Herein lies an impending disaster. If individuals and groups choose to insulate themselves from what they don’t want to hear or know, what happens to our inherent sense of curiosity, to humankind’s constant search for truth, for knowledge, for understanding, for advancement? It atrophies and dies. The death of curiosity would herald the death of science.

The Labor leader thundered that Scott Morrison had gone “too far” in his support for the defeated President, claiming “Trumpists” were the “bedrock” of the Prime Minister’s supporters. While it’s no secret Mr Morrison enjoyed a far better relationship with Mr Trump than most world leaders – feted with a state dinner, lauded as the “man of titanium”, and awarded the Legion of Merit – what is less clear is how the Trump era changed Australian politics.

The US will thus most likely be the world’s new epicenter of political and geopolitical instability in the months and years ahead. America’s allies will need to hedge their bets against a future return of Trumpism, and strategic rivals will continue to try to destabilize the US through asymmetric warfare. The world is in for a long, ugly, bumpy ride.

It’s not Conservativism. It’s the senescence of Trump-ism = Fear and without it they can’t exist

If the ABC didn’t exist, conservatives would have to invent it. It provides two vital functions to the right side of politics: it is the foe which unites the army, as well as a decoy which distracts progressives from the main game.

If the ABC didn’t exist, conservatives would have to invent it

Fighting Fake News with REAL,20/12/20; Nostopping the virus spread in UK; No stopping Trump’s madness in the USA; Trumpism

But there is no great mystery to Trumpian cultism.  The answer is as old as human nature itself.

The two philosophies routinely viewed as polar opposites on the political spectrum are communism and fascism.  To many, this distinction seems ludicrous given that, under both systems, brutal dictators emerged, millions of people were killed, and fundamental freedoms and human rights were often viciously suppressed.

But two fundamental pillars that differentiate these ideologies are their views of human nature and intangibility vs. tangibility.
Читайте больше на https://english.pravda.ru/opinion/145259-trumpian_cultism/

For four years America teetered on the brink of fascism, and I have no doubt that Trump’s reelection would have pushed it over the edge. I’ll be the first to admit that Biden is no panacea to what ails America, and Congress is still inundated with mendacious and hypocritical Trump sycophants like Lindsey Graham, Ted Cruz, and Mitch McConnell. So, while some may lament that Trump wasn’t given four more years, I still tremble at the thought of what those four more years would have wrought.

There is no great mystery to Trumpian cultism. The answer is as old as human nature itself

The reality is that the Trump obsession isn’t really about Trump himself anyway. It’s about his followers. Advertisement:

Trump isn’t the reason we can’t quit Trump — the obsession is really about his followers | Salon.com

ABC chairwoman Ita Buttrose has warned against growing attempts of intimidation towards public broadcasters around the world, saying countries that have popular, well-funded public sector media encounter less extremism and corruption and have greater press freedom.

President Trump gained a number of loyal followers during his time in the Oval Office, but there are reasons why his popularity may wane, writes Paul Begley.

Trumpism is unlikely to become a movement

In the aftermath of the 2020 election, many pundits were asking how Donald Trump could have garnered over 70,000,000 votes and made the presidential race much more competitive than pre-election polls indicated. After all, here was a man who repeatedly and unabashedly lied to his supporters, endangered their lives by encouraging them not to take precautions during a global pandemic, and openly remarked how his desire to win reelection was all about him, and not the good of the country.

There is no great mystery to Trumpian cultism. The answer is as old as human nature itself

I hate to say this but Rupert Murdoch said this was America’s biggest problem and something had to be done about it well before Trump even entered the race for the Presidency. I’m about to say Trump didn’t invent Trumpism but Rupert Murdoch did and chose Trump to politicize it. Trump did but that’s as far as he got. He delivered little more than a shit load of promises and was boosted by Murdoch. It’s why Murdoch believes it’s JOE TIME (ODT)

The only liberal antidote to Trumpism is actually doing something material to aid those who’ve fallen for it — giving them something in their lives to noticeably improve their social welfare, redistributing wealth downwards. Franklin Roosevelt absorbed this lesson, as evidenced by the New Deal Coalition; it is unclear if a Biden administration is capable of doing the same. Indeed, if Biden’s administration doesn’t do anything to materially improve the lives of millions of working voters, Trumpism is apt to get stronger, not weaker, in the next four years.

Trump is defeated. Trumpism is more alive than ever | Salon.com

Morrison has sought to weaken institutions. He was happy for Parliament not to sit at times during this crisis. Under his leadership, misleading Parliament no longer seems an important offence. After the Audit Office criticised the government’s sports rorts, its funding was cut back. Morrison has put the ABC board on notice, more or less told public servants to get back in their box and mocked international bodies. Secrecy dominates. On a surprising number of occasions, Morrison has made claims that are not, by any measure, true – that, for example, he has not said things he is on record as having said. A lot has been written about the war on truth, the loss of a common set of facts from which we can proceed. I am concerned just as much with something slightly, but significantly, different. Politics is not just based on facts; it is, at its heart, a collective quest to discover what the facts are, and then to act on them. Morrison addresses the media on Sunday outside Kirribili House. Morrison addresses the media on Sunday outside Kirribili House.Credit:Edwina Pickles It is this idea, of politics as a search for truth, that we are on the cusp of losing; the idea that, together, we can muddle towards consensus on what issues are real and pressing, and in this way make a better world, or at least a better country – and hopefully both. This is the role of the institutions our Prime Minister doesn’t like; this is why it is important that our politicians tell the truth and that the media holds them to that standard.

Joe Biden and the Democrats have steadfastly refused to articulate a compelling alternative political vision to Donald Trump’s reactionary right-wing politics. Trump looks likely to have lost, but without creating an alternative to defeat it, Trumpism could return with a vengeance four years from now.

Whoever Wins, This Election Is Not the End of Trumpism

The combination of Trump’s attacks on the institutions and the principles of democracy and the Republican Party’s repressive methods means that democracy itself is on the ballot.

The end of democracy? If Trump loses, Trumpism still wins 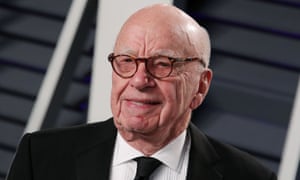 “There are no climate change deniers around I can assure you,” Rupert Murdoch said last month at News Corp’s annual general meeting.

His declaration that the publisher of the Daily Telegraph, the Australian and owner of Sky News was free of climate deniers was widely greeted with mirth.

The next day the geologist Ian Plimer proved Murdoch’s doubters correct when he published an opinion piece in the Australian claiming the major pollution in western nations was “the polluting of minds about the role of carbon dioxide”.

“There are no carbon emissions,” he wrote. “If there were, we could not see because most carbon is black. Such terms are deliberately misleading, as are many claims.”

That piece of commentary attracted the usual round of applause from pundits certain they knew better than climate scientists. Where once ignoring scientists and experts would result in a failing subject grade, in some sectors it’s now considered an “opt-in” belief.

As of March 2018, the Trump administration has appointed only 70 of 188 U.S. ambassadors. At the same time, it has increased the deployment of special operations forces to 149 countries – up from 138 during the Obama administration in 2016. So while U.S. ambassadors are operating in one-third of the world’s capitals, special operations forces are active in three-fourths.

via Trumpism: Why having US Ambassadors in 1/3 of Countries & Spec Ops in 3/4s is Bad 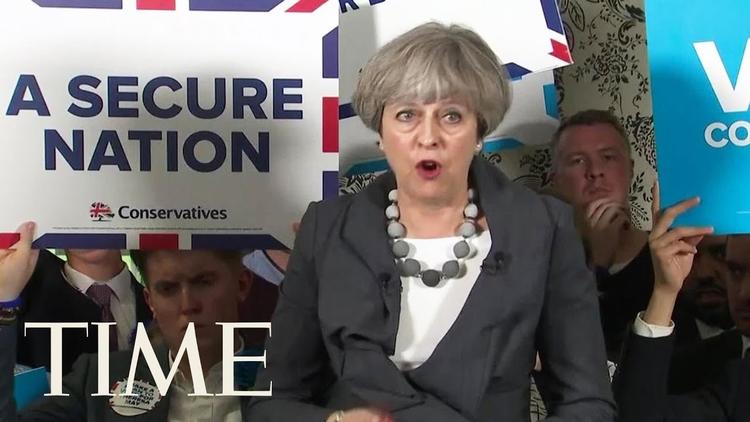 By Juan Cole | (Informed Comment) | – – As of very early Friday morning, it looks as though the …