Outrage erupted and the phrase “She’s 9” was trending on social media early Monday after body-cam video footage emerged of police in Rochester, New York violently abusing a 9-year-old girl—including handcuffing her and then pepper-spraying her in the face while in the back of a cruiser. “This is your last chance, or pepper spray’s going in your eyeballs,” one female officer tells the young girl, handcuffed and sitting on the edge of the police car’s back seat during events that took place Friday. According to reporting, the police had responded to a family dispute but what resulted was a horrifying scene of multiple officers abusing a clearly traumatized and emotionally distressed young girl. “I want my dad,” the girl can be heard crying to the female officer. The girl later says, “No! You said you were gonna pepper-spray me. No, please, stop!”

Instead of offering assistance, our political system is one that would sooner incarcerate children in desperate need, writes Gerry Georgatos.

So all but a tiny number of Palestinians in Gaza do not take direct part in hostilities toward Israel. Half of the residents of Gaza are children. The Israeli newspaper Haaretz estimates Hamas to have 30,000 activists in its military wing. The smaller Islamic Jihad, which is not affiliated with Hamas and often defies it, is thought to have 6,000 fighters. So there are like 36,000 combatants in Gaza and nearly 2 million noncombatants, i.e. persons who do not take direct part in hostilities. via Why are so few children suffering from the virus? – Michael West 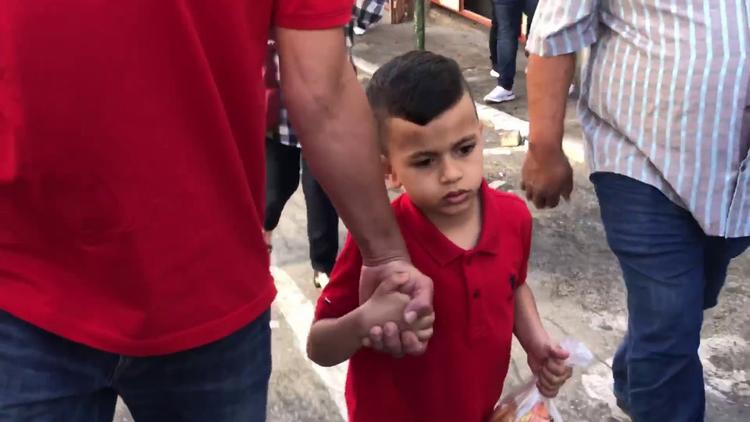 Muhammad Rabi’ Elayyan was summoned by the Israeli police to be interrogated; the summons was handed to his family in occupied Jerusalem, who had to take him to the police station. The boy is just five years old, but he is not the first child to be taken for interrogation. We know of this particular child’s predicament because of the support that he received from his neighbours who accompanied him to the police station on Tuesday morning. The images of the incident flashed around the world.

Palestinian youngsters born and brought up under Israel’s occupation learn to be resilient from their elders. Furthermore, they are social media savvy, so incidents like the incident with Muhammad Rabi’ Elayyan on his way to interrogation at the hands of Israeli officials will never go unrecorded. 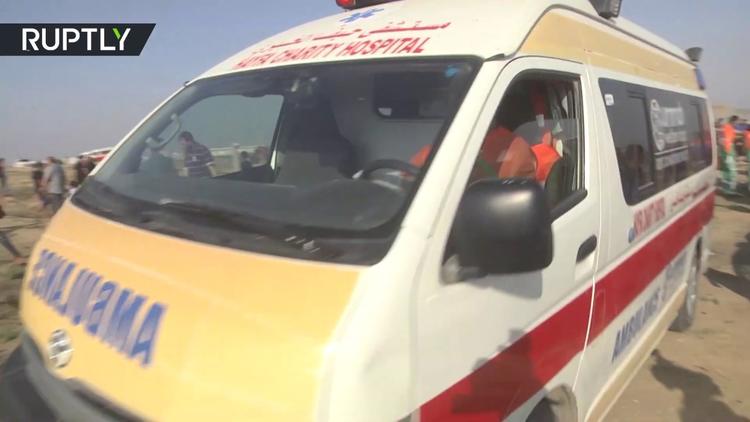 via Group Demands to Know: Who at Trump’s EPA Decided to Slash Funds Used to Protect Children From Toxic Poisoning? | Common Dreams News

Fully armed soldiers enter the school in occupied Hebron, threaten teachers, and take away a child they likely exceeded their authority to arrest because of his age.

via ‘In Balata camp, every single child suffers from psychological problems’ | +972 Magazine

At least they’re alive no doubt is the first parental response given Israeli history. Maybe Israel could inform how many Israeli kids are in jail and why? (ODT)

Israel detained 908 Palestinian children under 18 years of age since the beginning of 2018, according to Palestinian Prisoner’s Society (PPS).

PPS said in a statement, on Tuesday, marking Universal Children’s Day, that out of the 908 Palestinian children detained since January 2018 until the end of October, 270 are still held in detention in various Israeli prisons.

PPS emphasized that children are usually detained in the middle of the night from their family homes, often severely beaten, and threatened in order to get them to sign confession papers.

The children are also denied education, while some are denied family visits, and medical attention for those who need it while in detention.

PPS stressed Israel has enacted several laws since 2015 targeting Palestinian children in particular that would allow detention and trial of minors at age 14 years and stiff prison sentence for more than 10 years for throwing rocks and even life sentences.

According to prisoners rights group Addameer, there are 5,580 Palestinian prisoners being held in Israeli prisons, of whom 250 are child prisoners and 35 are under the age of 16 years.

via Israel has Jailed 900 Palestinian Children since Start of 2018: PPS

srael’s use of the technology to kill Palestinians, says the families’ attorney, raises “many questions concerning human judgment, ethics, and compliance with international humanitarian law.”

A secret report by the Israeli military police—obtained by The Intercept‘s Robert Mackey—reveals that a week into Israel’s Operation Protective Edge in 2014, “air force, naval, and intelligence officers” mistook four 10- and 11-year-old boys who were playing on a beach in Gaza for Hamas militants and killed them by firing missiles from an armed drone. 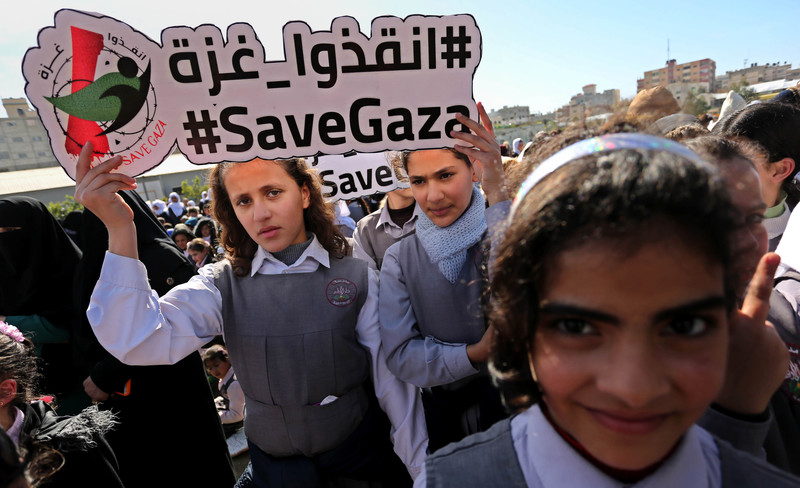 A nation ranked the eighth most powerful in the world has tightened the medieval siege it has imposed on a population of mainly refugees, half of them children, for more than a decade.

Prime Minister Benjamin Netanyahu announced on Monday that his government would close Gaza’s sole commercial crossing, preventing all exports from and imports to the territory, with the exception, at Israel’s discretion, of food and medicine.

Gaza fishermen, who already contend with Israeli navy fire while earning their bread, are now confined to sailing six nautical miles out to sea, rather than the nine that were permitted by Israel for the season.

The stated reason for the Israeli move is the ongoing rebellion among the two million Palestinians it has effectively imprisoned, in partnership with Egypt, in a densely populated strip of land roughly the size of Chicago. 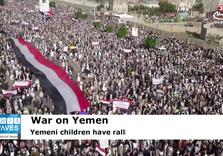 The central problem at the heart of Israel’s half-century old military court system is clear: these courts will never reflect the interests of the defendants, but rather that of the regime of occupation. By Sarit Michaeli Israeli occupation apologists masquerading as protectors of Palestinian children in military detention? Few displays of alternative facts should shock us these days, but somehow an upcoming event by the Israeli right-wing group NGO Monitor’s at the UN Palais De Nations in Geneva comes close. Under the Orwellian title “Protecting Children: The realities of Israeli Military Juvenile Justice in a Terror Environment,” the event planned for… 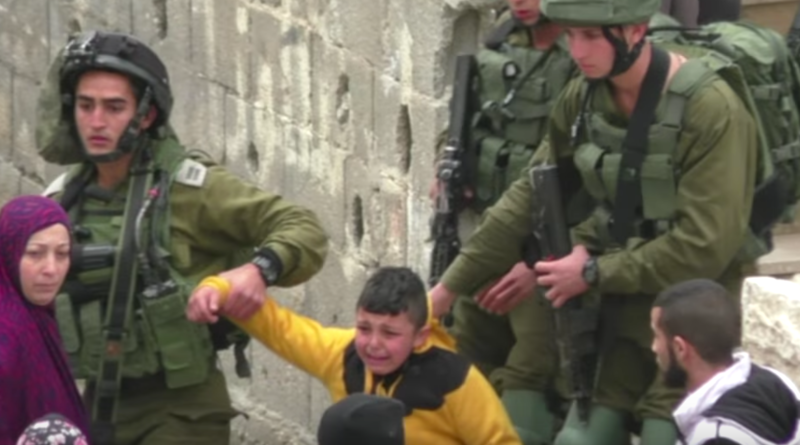 Sufian Abu Hita was dragged around by armed men until village women rescued him. 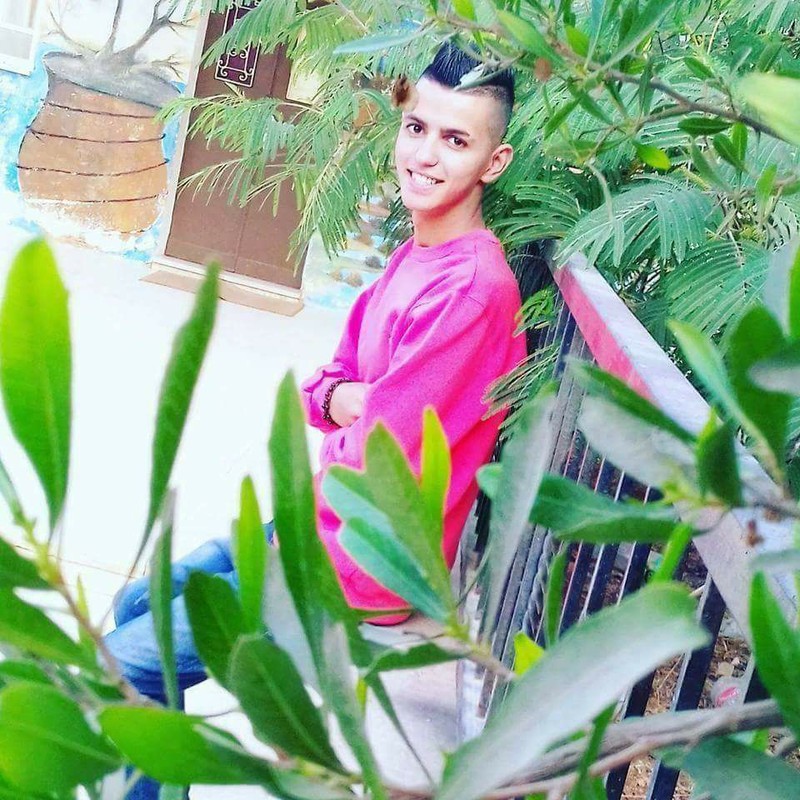 The United Nations has delivered a blistering indictment of Nauru and Australia’s failure to help children in detention-like conditions, especially those driven to attempt suicide and se

“The ‘Youth Bill,’ which will allow the authorities to imprison a minor convicted of serious crimes such as murder, attempted murder or manslaughter even if he or 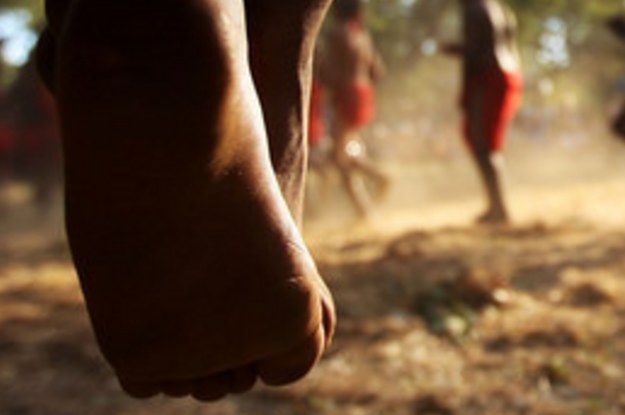 “We give rogue youth every chance”.

“We’ve seen 10 or more years of anti-bullying work get rolled back by a hostile atmosphere in many schools.”

Source: Children in US ‘scared and depressed’ by Trump rhetoric – Al Jazeera English 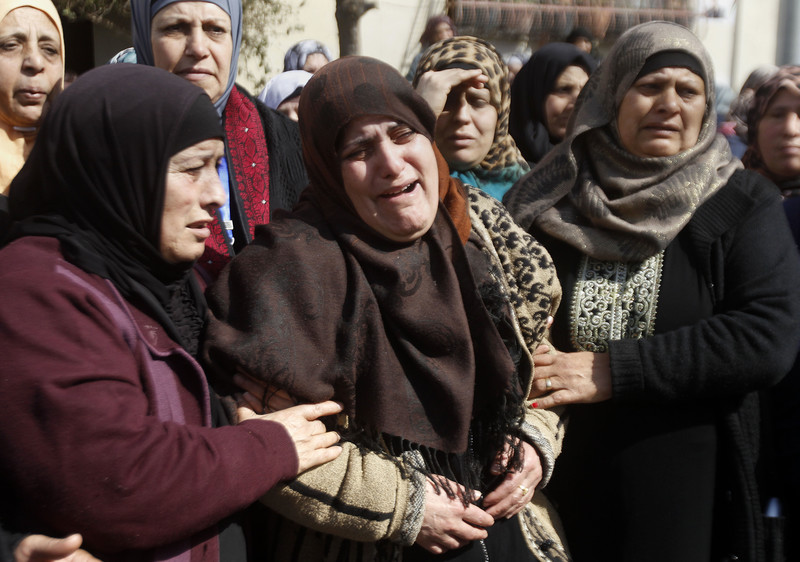 United Nations investigator calls on Israel to probe its use of deadly force against Palestinians.

EXCLUSIVEChild refugees on Nauru have appeared in another heartbreaking video from the detention camp, claiming they are being held as “hostages” by the Australian government and allegin

A cross-section of Australia’s most prominent Christian leaders is imploring the nation’s politicians to “do the right thing” and release asylum seeker children from detention before Christmas.

New short documentary includes testimony from eyewitness to attack that killed baby sleeping in his home.

Source: Why Israelis can burn Palestinians alive and get away with it | The Electronic Intifada

The idea is that a child is brought up in a loving environment in a happy, functional family, in a triangular relationship in which role models show the way and pave the path for a happy future, complementing each other as they open windows for their offspring. The latest UN Report on the state of children is a revolting comment on Humankind 2015.

Maud de Boer, the UN Special rapporteur on the sale of children, child prosecution and child pornography has just made her first address to the UN Human Rights Council, in which she highlights the fact that millions of children every year are subjected to sexual abuse, sexual exploitation, are sold and trafficked for prostitution, are forced to work as slaves, are adopted illegally, and killed for their organs or are forced to become child soldiers.

She referred to “persisting and new forms of sale and sexual exploitation of children” which “continue to be a reality in all regions of the world”, adding that “There is an urgent need for all stakeholders, especially Member States, to take action to put an end to these endemic crimes”.

One of the main focuses of the delivery of the Report was new technologies, which are used by children to access information and further their studies, while “on the other hand, this new phenomenon is also easing the commission of crimes of sexual exploitation as well as new forms of exploitation behavior, such as online streaming of child abuse”.

The Internet is full of abusive images of children, even in unpaid sites which are easily accessible to the general public, who might stumble across an image or a video when researching something unconnected. How many people bother to complain about these, and what mechanisms are there to do something about it? In many cases, none. It should be a criminal offence to upload any image of any form of abuse of any person, under age or not, without this person’s consent when no longer a minor.

Ms. De Boer also underlined the need for accountability for those engaged in exploitation, requesting that Member States “establish clear and comprehensive legal frameworks to avoid protection gaps” and to ensure that there is a deterrent effect, and stressed the need to ratify the Optional Protocol to the Convention on the Rights of the Child, in national legislation.

“Member States need to develop detection, reporting and identification mechanisms to qualify the phenomena, identify the victims and track down the perpetrators,” she stated, suggesting that child helplines and hotlines could be a good first measure to register and communicate abuse.

As I have stated in this column before, all people should have regular psychological screening, starting at pre-school age and following through into adulthood, so that well-trained professionals can spot behaviors which point towards a situation of abuse, or else prevent anti-social behaviors from developing and avoiding huge social costs down the line.

If we cannot provide for our children, and if there are millions upon millions being abused in all geographical regions, this is a very sorry comment on Humankind, 2015. Yet another one. 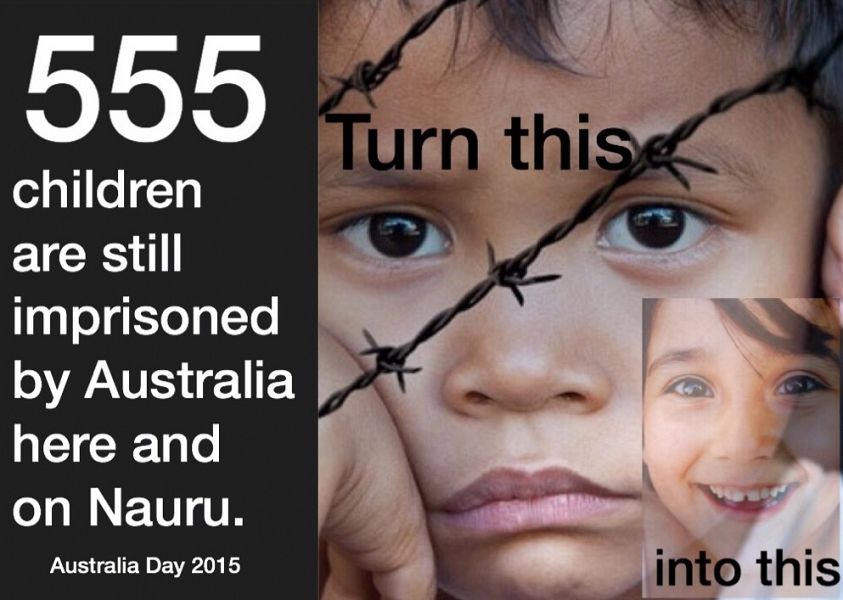 Mass Incarceration’s Collateral Damage: The Children Left Behind | The Nation.