My thought for the day Never allow racism to disguise itself in the cloak of nationalism.( John Lord)

OPINION: There’s been a fair bit of talk about moving the date of Australia Day recently. But these people don’t have any idea what they’re messing with. 26th January is sacred. Mark my words, it ‘aint moving. Do all the complaining you want. But buggered if you’ll stop me celebrating Cooko’s triple century against a full-strength Japanese attack on a deteriorating Gallipoli wicket in ‘44-‘45. It was the making of this country. Bob Hawke gave the nation a day off to celebrate. And yet here we are, trying to mess with it. But most of all, I hate being lied to.

So no, I don’t feel proud today. I feel angry at how a great country is being destroyed by political hacks whose only goal is to keep their nose in the trough.

Today I am supposed to feel proud – so why am I so angry? – » The Australian Independent Media Network via 26th Jan … What does this day signify? – » The Australian Independent Media Network

via Australians Who Don’t Have Fun On Australia Day To Be Fined, Morrison Says – The Shovel 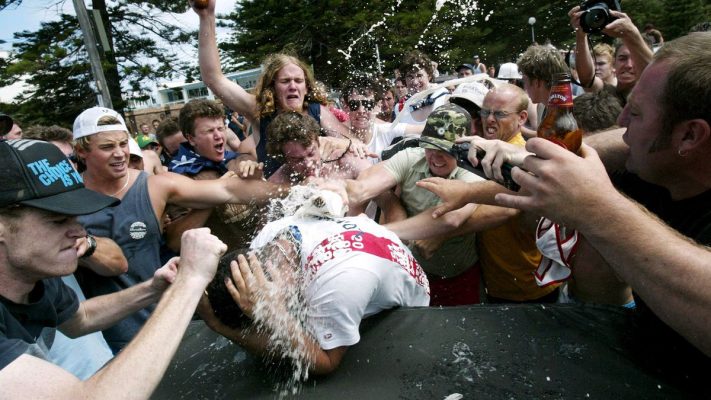 Australia Day should not be a day for drunken white yobbos with Southern Cross tattoos and flag capes to terrorise anyone who doesn’t look like them, as happened in Scott’s own electorate in 2005.

Why should we celebrate a foreign state invading and claiming this country to use as a penal colony? I am fairly certain my ancestors who were transported here as convicts would not have been celebrating either.

Let’s get real here. The date is nothing to celebrate. Being Australian is. Surely, as a civilised society, we can consider others’ feelings and avoid deliberate hurt.

Can we cast off the shackles of a colonial past and move forward together in respect and understanding? Or are we to bow to the Anglophiles and sink into the hatred and division fostered by the ugly Hansonites?

via For a man who says he wants a united Australia, Morrison has a funny way of showing it – » The Australian Independent Media Network At the age of 77 I feel well-versed in voicing the opinion that contrary to what the Prime Minister said on the 26th that we are a very welcoming country. We are not. We didn’t welcome the Italians, the Greeks the Jews, Chinese or Vietnamese. It has taken maybe three to four generations to overcome our ethnic and religious aversions.

via Day to Day Politics: “Know your place,” the words spoke, as chains rattled and the dust rose – » The Australian Independent Media Network

via Australia Day in the age of anger: it’s a fight with myself that I can’t possibly win – Analysis & Opinion – ABC News (Australian Broadcasting Corporation) 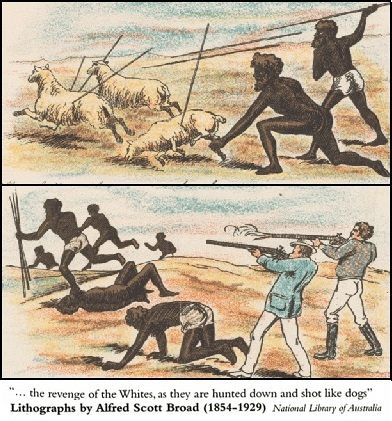 via The demons of Van Dieman’s Land: Britain’s genocide in Tasmania

By Jill Richardson | (Otherwords.org) | – – There’s no way to march with KKK members and Nazi flags in …

Source: It’s Not About ‘White Culture’ 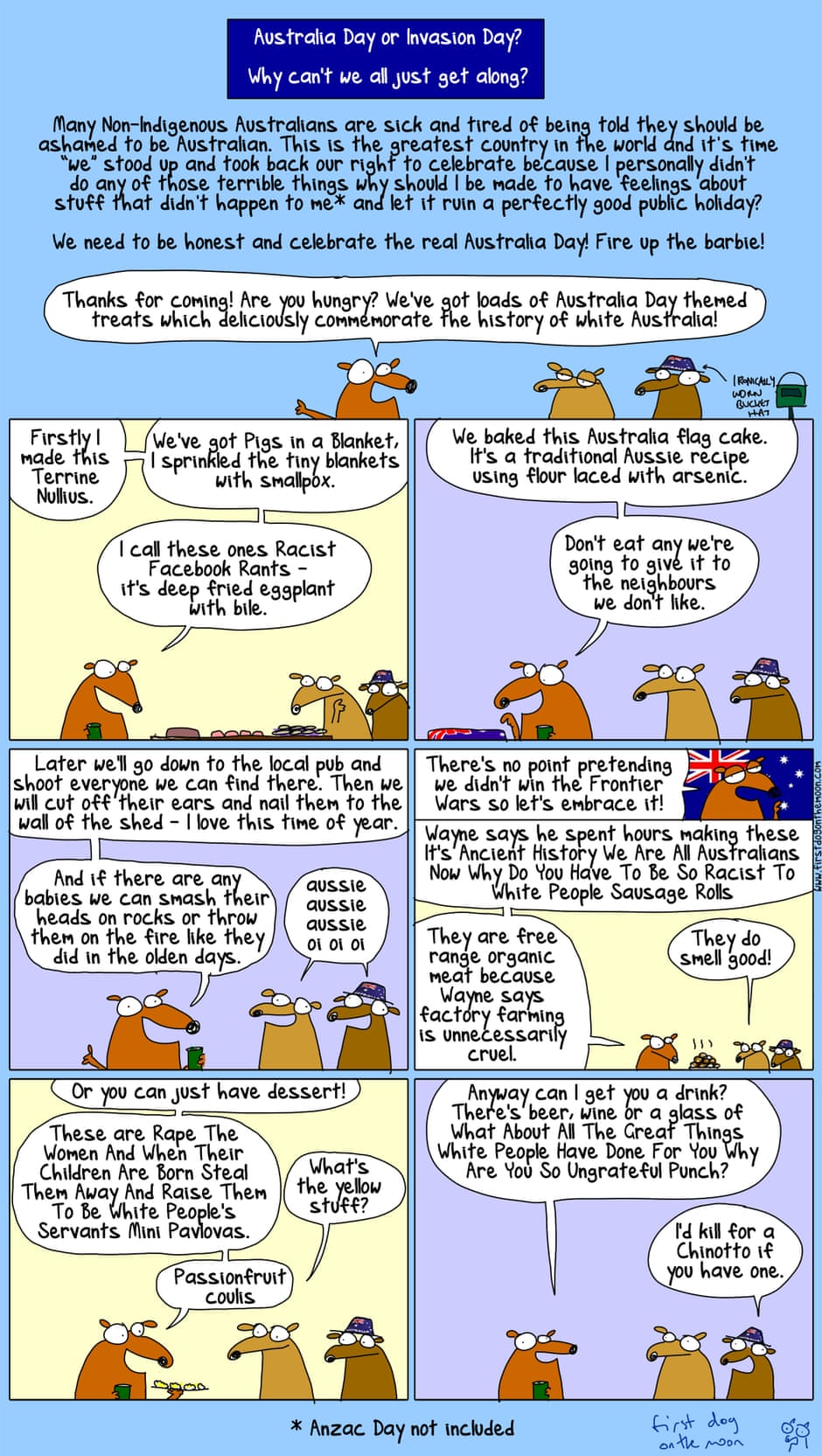 I’m not usually one to #regram photos I didn’t take of people I don’t know- but I took exception to this ripper of a sentiment. If anyone knows this man’s name, please post it or tag him, so he knows he’s definitely gone viral! I’ll spend today out on the road heading home thinking about how I can consider Australia Day as a positive force toward remembering and remaking this country, after so many years of being a hater of everything this day celebrates. #lestweforget #straya #optimism
Bo Wong Wha! Abdul-rahman Abdullah He’s one of my favourite artists! This is good news indeed!

Abdul-rahman Abdullah Best t-shirts ever, I’ve got one like the guy in the picture. Go to this link http://www.darkanddisturbing.com.au/product…/proppanow/ and order something appropriate for today!