At least one Liberal MP plans to vote with the Albanese Labor government when it moves to censure Scott Morrison over his secret appointment to multiple ministries.

At his Park Avenue condo building, Trump valued 12 unsold units at $49 million—but they were actually rent-controlled apartments that were unavailable for sale on the market, so their real value was closer to $750,000, according to Letitia James, the state’s AG. Trump figured the value of his Mar-a-Lago resort at around $739 million—perhaps a reasonable number for such a large piece of oceanfront property in Palm Beach if it could be sold as a residence and subdivided to build more homes. But, James alleges, Trump knew very well from the deeds he himself had signed that the property can’t ever be divided up into residential lots. It’s arguably worth about one-tenth of what he told bankers, according to James.

A history professor who has predicted every presidential election correctly since 1984 said that he believes former President Donald Trump is “done” in politics and may not escape jail time after he was sued in New York for alleged real estate fraud.

Should we be surprised? We saw the same exploitation in Child Minding, Privatised Education, The outsourcing of Employment services you name it when the LNP privatised public services they invited the vultures in.

A man who is reportedly a senior member of Pauline Hanson’s One Nation party has been charged with four counts of fraud after a police investigation into election funding.Queensland Police arrested the “financial administrator for a political party” after raids on his Hamilton home in Brisbane and an office at Holt Street, Eagle Farm on Wednesday morning.Pauline Hanson’s One Nation party’s Brisbane office is located on Holt Street.

Fighting Fake News with REAL18/4/21; We are a Republic not a Colony; Morrison photo shoots crocodile tears; Afghanistan Morrison didn’t anyone home Biden is sending them home and continuing the war by air; Voting Fraud; 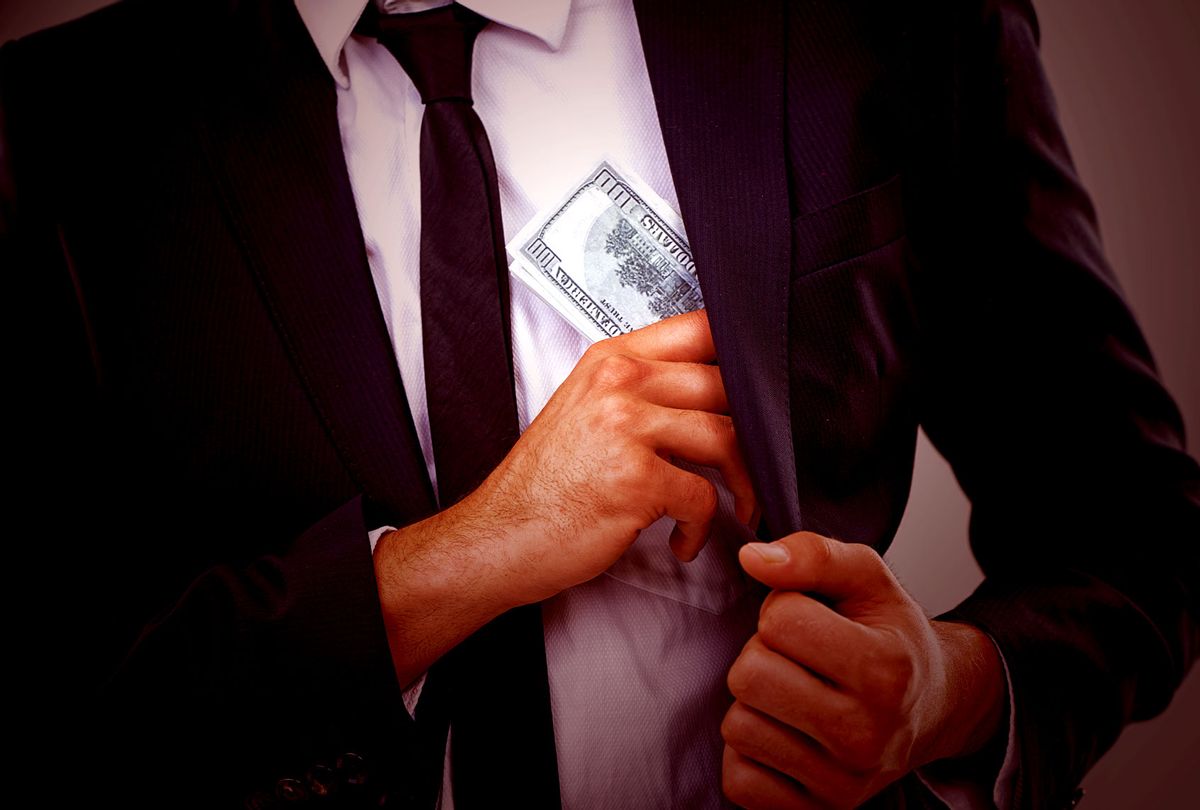 For example, when people are not paying what is legally required of them it means that someone else is not getting help recovering from their drug addictions, so instead they turn to crime. It means that the roads and bridges are not safe. It means that kids do not have access to preschool. Because the rich are not paying the taxes they owe and otherwise hiding income, it means that they are a de facto criminal class. The 1 percent are literally becoming wealthier and more powerful from criminal behavior. They use their influence to change the laws so that they pay fewer taxes, and this includes underfunding the IRS.

Were I Trump’s Lawyer For The Day, I’d advise him to purchase a first-class ticket to Botswana or Brunei, neither of which has an extradition treaty with the United States. Because things are getting pretty ugly for him in New York.

The Prosecutors Cometh | The Smirking Chimp

The complaint also alleges that Fox hosts Dobbs, Maria Bartiromo and Jeanine Pirro also directly benefited from their involvement in the conspiracy. The lawsuit alleges that Fox went along with the “well-orchestrated dance” due to pressure from newcomer outlets such as Newsmax and One America News, which were stealing away conservative, pro-Trump viewers. Fox News Media, in a statement on behalf of the network and its hosts, rejected the accusations. It said it is proud of its election coverage and would defend itself against the “meritless” lawsuit in court. Fox “is committed to providing the full context of every story with in-depth reporting and clear opinion,” the company said in a written statement. Giuliani and Powell did not immediately respond to requests for comment.

Some of these issues were highlighted at a press conference on Thursday led by the president’s lawyer, Rudy Giuliani. We’ve looked at the main allegations of fraud and irregularities.

On Thursday evening, Tucker Carlson trolled Sydney Powell, who claimed Trump won by a landslide by demanding to see the evidence of massive voter irregularities and fraud and was angry she refused to appear his show.

Border Force is Peter Dutton’s responsibility as he was appointed Minister for Home Affairs in December 2017 which also has oversight for Border Force. Prior to that Peter Dutton was Minister for Immigration and Border Protection from 23.12.2014 to 28.8.2018 which covers the period when the $39 fraud and theft took place.

President Donald Trump’s campaign, ordered by a federal court judge in Pennsylvania to back up its claims of fraud in the state’s vote-by-mail system, has documented only a handful of cases of election fraud in recent years — none of which involved mail-in ballots. The revelation, which came in the form of a partially redacted 524-page document produced by the Trump campaign last week, undermines the claim by Trump team operatives that mail-in ballot fraud is a grave risk to Pennsylvania voters. 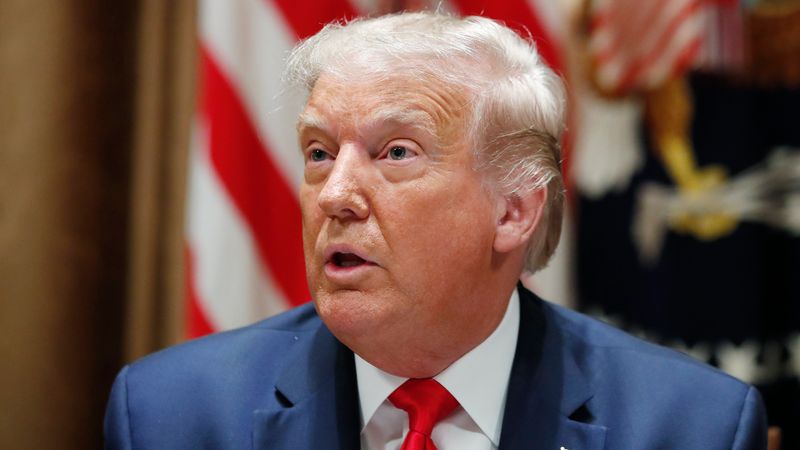 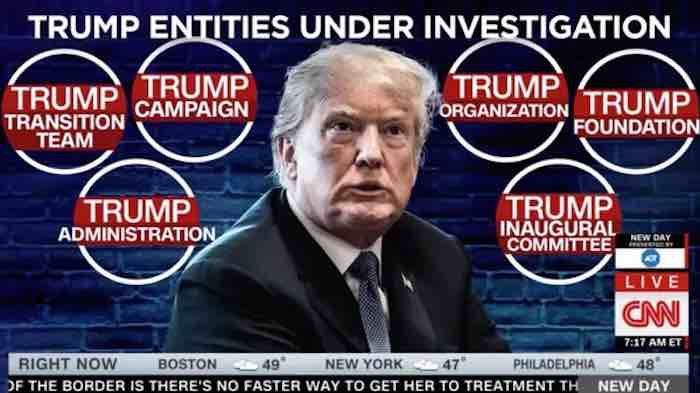 Were Banks included in these figures along with other corporate bodies?

However even forget that, the greatest scammers that targeted Australia were actually Captain Cook from the very first moment of discovery and it continued from then until invasion day and thereafter till now. Conservatives want all of this history written out of the Australian narrative? Far too inclusive for them it seems and it might lead to TREATY and RECOGNITION. We can’t have that!! Why is NZ so different to us when it comes to an honest and shared history of their nation? Why is it that it threatens Conservatives in the IPA, LNP and News Corp so much? Their paid for News Corp voice simply calls shared historical fact as “fake”  but not so the ABC that opens these stories to be shared to us all? (ODT) The Trumps were typically way more than mere licensors or bystanders in their often-troubled deals. They were deeply involved in these projects. They helped mislead investors and buyers — and they profited handsomely from it.

via Trump Reportedly Duped Investors and Profited Handsomely for Years

The Commonwealth Bank has spent seven years denying and covering up the role of its staff in a $76 million loan fraud that has left unwitting customers homeless.

Our banks protect us with experts in fraud or should that be amateurs? (ODT)

The director of a business that provides fraud detection services to Australia’s major banks runs at least two other companies with a man who has been jailed for financial crimes.

Sydney IT entrepreneur Devendra Gupta is the founder of Paradigm.One, a telecommunications software company that boasts the Commonwealth Bank, Westpac and NAB, as well as major telcos Optus, Telstra and Vodafone, among its clients.

Paradigm.One’s fraud detection systems are designed to stop thieves from stealing banking customers’ details during scenarios where people transfer their mobile numbers to a different phone carrier or service.

Devendra Gupta is also the director of property investment firm Starin and the Australia India Film Fund, organisations with which he shares office with businessman Yateender Gupta, who was in 1999 sentenced to two years behind bars for white-collar fraud. The Australian India Film Fund financed cricketer Brett Lee’s Bollywood film debut, Unindian. 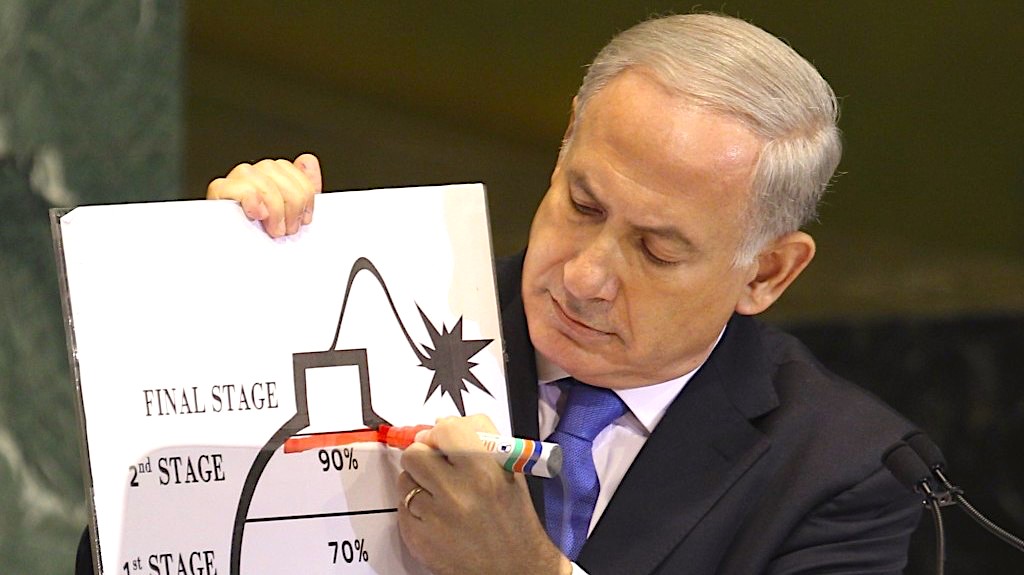 Israeli Prime Minister Benjamin Netanyahu’s claim in his theatrical 20-minute presentationof an Israeli physical seizure of Iran’s “atomic archive” in Tehran would certainly have been the “great intelligence achievement” he boasted if it had actually happened. But the claim does not hold up under careful scrutiny, and his assertion that Israel now possesses a vast documentary record of a covert Iranian nuclear weapons program is certainly fraudulent.

Netanyahu’s slide show revealed more than just his over-the-top style of persuasion on the subject of Iran. It provided further evidence that the claims that had successfully swayed the U.S. and Israeli allies to join in punishing Iran for having had a nuclear weapons program were based on fabricated documents that originated in the state that had the strongest motive to make that case – Israel. By February 7 this year, the syndicate which allegedly ran the Plutus Payroll scam had become very nervous about the future of their massive, $165 million fraud.

Source: The cocaine-snorting businessman the ATO conspirators hoped would be their patsy

Source: Lock Them Up! Fox News Now Being Investigated For Mail And Wire Fraud | Crooks and Liars 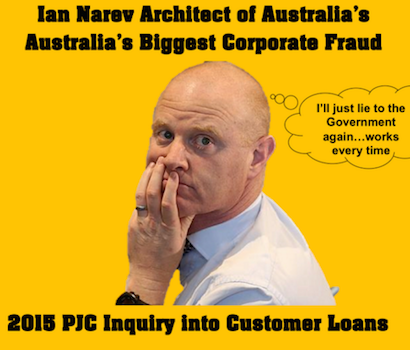 Dr Evan Jones continues his six-part analysis on the series of parliamentary inquiries into systemic bank corruption as the victims of fraudulent foreclosures continue to wait for justice.

Cleaners working for retail giant Myer say they are being underpaid and denied entitlements through an illegal practice known as sham contracting.

Volkswagen has suffered a shocking loss of credibility after conspiring to violate US pollution laws and dupe customers on a systemic scale.

Liberal Party fury: ‘We want our money back’