Last year public servant Josh Krook wrote a blog post in which he argued that Covid-19 benefitted big tech because forced social isolation would drive people to online platforms. He worked for the Commonwealth Industry Department that deals extensively with tech companies; he was fired because he refused to delete the post. This follows the firing of Immigration Department employee Michaela Banerji, who was dismissed over a series of Tweets, among other things, that were critical of Australia’s treatment of refugees. Banerji made 9,000 posts, mostly sent from her personal device outside of work hours. The High Court ruled Banerji’s dismissal was warranted because she had breached the Australian Public Service Code of Conduct which stipulates that public servants must act impartially and are prohibited from engaging in any forms of “harassment”. The 2019 High Court ruling (Comcare v Banerji) effectively said public servants could be sacked for comments they make on social media. And then we come to Geoff Philip Wade, a public servant employed by the Department of Parliamentary Services. Wade, who works as a researcher in the Commonwealth Parliamentary Library, is one of Australia’s most prolific anti-China Twitter users. Wade has made 42,000 posts, nearly five times that of Banerji, a great number of which appear to have been sent from inside Parliament House. Often during his “working day” he will send out Tweets every five or 10 minutes. He has published photos, phone numbers and personal email addresses of people whose only crime is being Chinese or advancing views contrary to his own. The Department of Parliamentary Services refused to answer questions about Wade’s use of social media during taxpayer-funded work hours. A spokesperson cited “privacy considerations”.

Donald Trump has been an unabashed menace to our country. Many lessons need to be learned. The biggest is that we should never allow a psychopath to run our country, no matter what divisions and hostilities are brewing among the people. His rhetoric, his motives, his intentions and his actions have all created chaos and turmoil — all with the goal of keeping him in power so he could serve himself, not others.

Our psychopath president has finally imploded: And all this was totally predictable | Salon.com

During his four-year tenure in the White House, President Donald Trump packed powerful federal regulatory agencies with dozens of right-wing loyalists who are well-placed to stall or undermine the agenda of President-elect Joe Biden from the moment he takes office.

To Prevent ‘Active Sabotage’ of His Agenda, Biden Urged to Clean House of Trump Loyalists on Day One | Common Dreams News 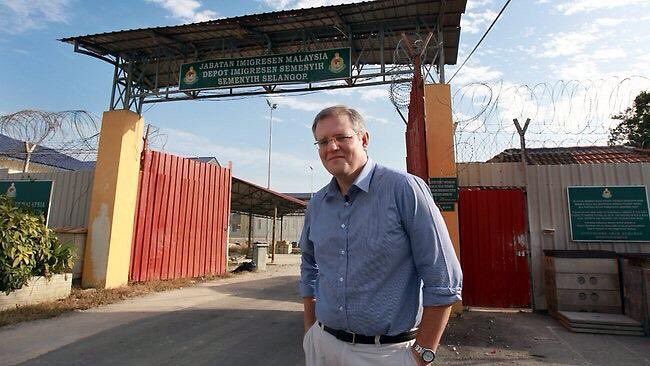 The Public Service and the ABC seem to be seen as something very different by the LNP in a Democracy. MP’s become the “experts” (ODT)

I would contend, however, that this limited role for the public service, with its focus on implementation is very different from the role that the Australian public service, at its best, played in the past.

How good is Scott Morrison? 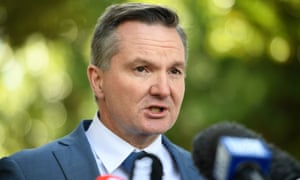 America’s Trumpland  Politics is arriving in Australia. Public Agencies are being politicized in the manner of the USA (ODT)

Chris Bowen says the government is politicising commonwealth agencies
Chris Bowen has objected to the appointment of former Liberal staffers to the Treasury and the Productivity Commission. Photograph: Joel Carrett/AAP

Labor has raised concerns about the Turnbull government’s decision to appoint former political staffers to key bureaucratic roles in proximity to the federal election expected either later this year, or in the first half of 2019.

While there have been many comparisons made to Trump and Hitler, some accurate and some not, one action Trump appears to be taking is particularly chilling.

Source: Here’s the first thing Trump and Hitler did when they came to power