“I never had the ambition in my mind that we would become the pre-eminent Sunday morning program. In fact, there is no program on daytime TV in Australia that reaches 500,000 and 600,000 viewers [as Insiders does now], and that’s surprised me.”

In the 50 years since, he has covered politics for ABC News and current affairs programs, worked as a correspondent in Washington and Brussels and, in the 1980s, experienced politics from the inside as senior media adviser to then prime minister Bob Hawke.

In an interview with Backstory editor Natasha Johnson, Cassidy reflected on his career and shared some insights on political reporting and interviewing. Here are some of the highlights:

via Backstory: Insiders host Barrie Cassidy reflects on the 50 years since he started in journalism – Television – ABC News 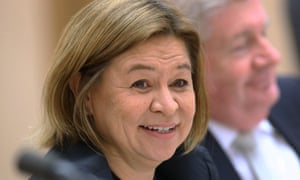 Exclusive: website that drew fire from commercial publications axed in one of the first major decisions under new managing director Michelle Guthrie

Scenes Of Reason This exclusive investigation by Nafeez Ahmed is part of our series of posts on Media Democracy which people wrote in response to our invitation to reflect on how best to secure media democracy in the run up to our Media Democracy Festival. By Nafeez Ahmed John Pilger once wrote that journalism is the …

Source: Confirmed: Network Newscasts Were All-Trump, All The Time In 2015 | Blog | Media Matters for America

Sharyl Attkisson was an investigative journalist with CBS, and she spoke at TEDx last year about how corporations promote their interests via “astroturfing”- the faking of grassroots movements, funded by political and corporate special interests in order to manipulate and distort the truth… whether the corporate message …

You might have heard about a few of them, but not as much as you should. Here’s our pick of the last 12 month’s top news stories, all pretty much ignored by the corporate press.

“I am ashamed to be a journalist,” says grieving BBC radio host