Keating is streets ahead of Morrison. Keating correctly points out that Australia cannot go to war with China over Taiwan. It certainly cannot go into battle with the Chinese navy using American attack class nuclear submarines designed in Virginia in the 1990s. Keating should know: as PM, he had his own disaster with the Collins class submarines. The Collins submarines hardly ever left the docks and did not have sufficient trained personnel to put the entire fleet to sea at the same time.

Former PM Paul Keating has shot down Australia’s “irresponsible” antagonism towards China, and climate change once again comes into the global spotlight as the US is rocked by Hurricane Ida.

Paul Keating was on Fran Kelly’s ABC radio show on Friday. He’d picked up a peculiar thing from the GDP release. The headline number was horrific. Australia’s economic growth had shrunk by 7%, the largest drop on record, wiping out four years of growth and sinking the nation, officially, into its first recession in 29 years. Keating seized on the bright spot though, or at least what he thought was a bright spot. Buried in the National Accounts data and apparently picked up by nobody, yet, were the figures for GDP per hour worked. It was an increase. Yes, an increase, and not a trifling increase either. Growth in GDP per hour worked was up from 0.6% – the average over four previous quarters – to 4.1%. It represents a fantastical rise in productivity – a seven-fold surge in productivity. Businesses have shed millions of workers so wage costs plummeted by 9.3% and wages are usually the highest cost in a business.

What Covid Plan? Paul Keating seizes on the “good news” but Australia’s economy is changing for good – Michael West 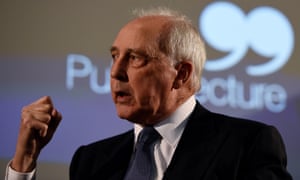 The kind of merger announced today between Channel Nine and Fairfax was bound to happen the moment the cross-media legislation introduced by the Hawke government 30 years ago was suspended.

Those barriers in the wholesaling of news underwrote diversity of opinion, guaranteeing an altogether better informed and livelier public debate.
The absence of those legislative barriers, in the media free-for-all the Turnbull government is permitting, will, because of the broadly maintained power of those outlets, result in an effective and dramatic close down in diversity and, with it, opinion.

Former prime minister Paul Keating has launched a surprise critique of the liberal economic philosophy he once championed.

Today Tony Abbott addressed the National Press Club with what his colleagues were describing as a make or break speech.  It was his chance to outline his plan for the future and to make his pitch as to why he is the best man to lead us into that future.

He then proceeded to spend the majority of the speech talking about the “Rudd/Gillard/Rudd catastrophe”.  He obviously has a different idea of what future means than I do, or is it that that is all Tony can do?

His speech was just a collection of all the trite phrases we have heard him repeat ad nauseum.  He persisted with counting on his fingers that same old stuff about axing taxes, stopping boats and building the roads of the 21st century.

He promised, for the umpteenth time, to be a more “consultative collegial government”.  He also backed off from his captain’s picks of Paid Parental Leave and deciding who gets knighthoods.  On PPL he said he had listened to the Productivity Commission and his colleagues – pity it took him five years to do so.

“I hope that in 2015 we will see a much more honest national conversation.”

And so say all of us.

Unfortunately that hope lasted about two seconds as he told us that Labor had left him with a $667 billion debt.  As we have pointed out countless times on these pages, the only place that number appears is in Hockey’s MYEFO from December 2013 and it was a projection for ten years’ time based on Coalition spending and revenue cutting decisions.

When asked about his broken pre-election promises Tony said that it was necessary because Labor had lied about the real state of the books.

“We went into the campaign believing the deficit was $18 billion.  When we saw the books it was actually $48 billion so Labor left a $30 billion deficit black hole”.

Except Chris Bowen and Penny Wong produced an economic update in early August showing the deficit to be $30 billion, a figure backed up a couple of weeks later by Treasury and Finance in PEFO.  Apparently Tony didn’t read those documents, or chooses to ignore them.

Tony boasted that his government had created hundreds of thousands of jobs.  When it was pointed out to him that there are about 70,000 more people unemployed than we he came to office he completely ignored the question.  I don’t think Tony realises that with population growth of 364,900 in 2013-14, we need over 30,000 new jobs per month just to keep up.  From December 2013 to December 2014 employed persons rose by 1.4% while unemployed persons rose by 7.7%

Tony didn’t mention Medicare’s future or higher education reforms or Indigenous recognition.  He ignored domestic violence despite Australian of the Year Rosie Batty’s impassioned plea for action.  And his much anticipated family package degenerated into the government would have a “better childcare policy” and “consult widely”.

A poll in the Brisbane Times asking “Do you think Tony Abbott’s speech will help him remain in the top job?” was, at time of writing, showing 81% of votes saying “No it was awful.”

If Tony’s colleagues were looking for some inspiration from their leader they must be echoing Paul Keating – is that all there is?