The Al-Aqsa Mosque in Jerusalem was raided last month by Israeli security forces following weeks of simmering tensions between the police, right-wing Israelis, and Palestinian protesters. Despite the timing of the raid — during the holy month of Ramadan — and the significance of the mosque in Islam, U.S. cable news largely ignored the incident in the days following the raid, mentioning it only 12 times in weekday coverage from May 10-14.

Source: All three major cable news networks largely ignored a police raid at one of the world’s oldest and most politically significant mosques | Media Matters for America

Keilar mopped the floor Friday with Carlson’s effort to downplay the insurrection at the Capitol as “a political protest that got out of hand” and his attempt to make those who rightly labeled the insurrection as sedition the real villains. She also exposed Carlson’s racism with a devastating comparison of his tolerance for the MAGA violence with his condemnation of Black Lives Matter protests. 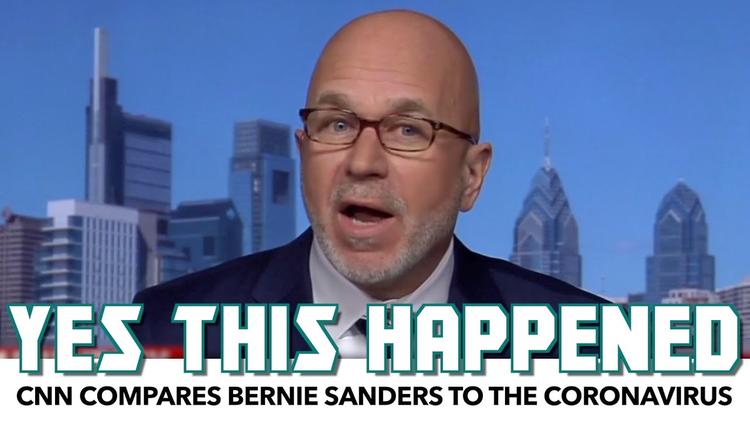 There is NOTHING Straight about the US Media (ODT)

via The Plutocracy Strikes Back: CNN Compares Bernie Sanders to Coronavirus

Ann Arbor (Informed Comment) – CNN has fired contributor Marc Lamont Hill for a speech he gave on Palestinian rights at the UN. The speech can be found here.

You can protest this outrageous firing at this petition site.

And here is a link to his book, Nobody: Casualties of America’s War on the Vulnerable, from Ferguson to Flint and Beyond, which everyone should buy and read.

CNN would have been under special pressure to fire Hill because he is a prominent African-American intellectual with a following in his own community, and the Israeli Ministry of Strategic Affairs (the propaganda arm of the Likud government) is worried about the boycott and sanctions movement spreading among American minorities who might sympathize with the oppressed Palestinians.

Hours after President Donald Trump denounced critical journalists as “the enemy of the people” before a cheering crowd of supporters, major news outlets were blacklisted from a White House press gaggle while the administration’s sycophants were ushered in.“CNN was not permitted to attend, along with the New York Times, Politico, Buz

Source: Trump Just Blacklisted Media Outlets. We Warned You This Would Happen.

Bill O’Reilly is the “head of the cult”: Former Fox News host sounds off – Salon.com.