The irony of all this is that the best way to make this problem go away is to do the very thing that the anti-vaxxers hate most: Impose as many vaccine mandates as possible, in every way possible.

Adherents of the bizarre conspiracy theory may target Democrats and other political opponents for more violence as the movement’s false prophecies don’t come true. 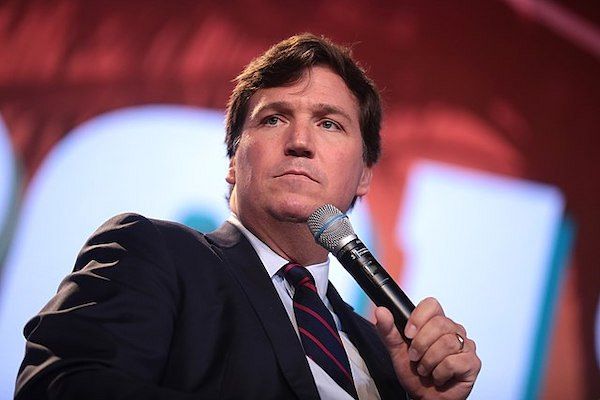 However, decades of research on social influence, persuasion and psychology show that the messages that people encounter heavily influence their decisions to engage in certain behaviors.

The far right is focused on “Stop the Steal” nonsense, but violence driven by white supremacy won’t disappear even if Trump does.

Far-Right Violence Will Continue With or Without Trump 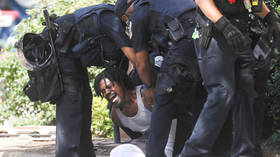 via Why are police across the US piling on the cartoonish violence & racist rhetoric when they know they’re being watched? — RT Op-ed With the GOP in death-cult mode, steady destruction of checks and balances previously imagined to be fail-safe, the jelly-spined leadership of the Democratic Party, and the Soviet-grade purging of any disloyalty or disobedience in the federal systems, Trump has effectively destroyed American politics.

What the actual resolution might look like, I fear to envision, but I know it will not resemble anything Americans can remember or dare to imagine.

via Trump’s Nationalism Advances on a Trajectory to Violence 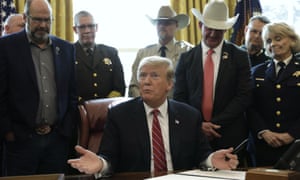 In case you missed it, “they” are Trump’s political opponents, including House Democrats and the mainstream media. And the “certain point” could be impeachment but is more likely to be reached if the House investigations reveal crimes Trump committed both before and after he became president.

Trump has given cover to some of the most vile bigots in America. As he grows desperate, he is giving them encouragement

“I actually think that the people on the right are tougher,” Trump warned in the same interview. “But the left plays it cuter and tougher. Like with all the nonsense that they do in Congress … with all this invest[igations] – that’s all they want to do is – you know, they do things that are nasty.”

Here we have it, in a nutshell. In Trump’s mind, congressional investigations that could cause him shame and humiliation, and quite possibly result in a prison sentence, will be countered by forces loyal to him: the police, the military, and vigilante groups like Bikers for Trump.

via Trump is cornered, with violence on his mind. We must be on red alert | Robert Reich | US news | The Guardian He is not refiguring the character of democracy, he is destroying it, and in doing so, resurrecting all the elements of a fascist politics that many people thought would never re-emerge after the horrors and death inflicted on millions by fascist dictators. As Gil Scott-Heron once noted in the title of his studio album, it is “Winter in America.” Actually, it is worse: It is winter in fascist America.

Two men are recovering in hospital. 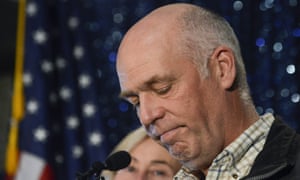 Andy Fleming, a blogger broadly connected to the Antifa movement, said he did not advocate the assault of Andrew Bolt, though he believed that was not the protesters’ original intention.He agreed with Bolt on the principle of free speech but said it was reasonable for demonstrators to heckle and disrupt public meetings and events – particularly as fringe right-wing ideas encroached further on mainstream politics.”Which doesn’t necessarily mean glitter-bombing Andrew Bolt,” Mr Fleming said.But conservatives feel they are under unjust siege. Chris Berg, research fellow at the libertarian Institute of Public Affairs and now attached to RMIT, echoed Bolt’s concerns about anti-fascists increasingly using violence against mainstream conservatives.

Source: Behind the left-wing Antifa movement that attacked Andrew Bolt

George Colombaris was charged for a less violent reaction than Andrew Bolt’s. Police and all Security advice is  to remove yourself from the situation. Yes Bolt was glittered however he attacked and did everything opposite to what is advised he attacked violently. Moreover he’s now proud of what he did and is celebrating his reaction. Police are investigating the incident. (Olddogthought)

New footage of an attack on Andrew Bolt after a book launch in Melbourne shows a hooded man run at the conservative newspaper and television commentator and throw glitter in his face without provocation. Alarming new video shows the conservative commentator pushed into a pole, falling over chairs and fighting back fiercely.

Police in the northern Belgian city of Antwerp said on Thursday they had detained a man who tried to enter the main pedestrianised shopping street in a car at high speed, adding security in the city would be stepped up.

Source: Man held in Belgium after driving towards pedestrians at high speed on Antwerp shopping street

Steven Pinker tells the Berggruen Institute that despite the rise in terror and mass shootings, global violence is declining.

Source: The World Is Not As Bad As We Think, Says Harvard Psychologist

In a special on religion, we speak to Karen Armstrong and debate New Atheism with Lawrence Krauss and Greg Epstein.

Source: Is religion to blame for violence? – Al Jazeera English

Influential French economist Thomas Piketty is raising important questions this week after positing a theory that the rise of the Islamic State (or ISIS) can be attributed, at least in part, to extreme regional inequality in the Middle East fueled largely by oil wealth.

The present “Intifada” is an outcome of the occupation and the expanded Jewish colonisation.

Source: Israeli colonisation is at the root of the violence – Al Jazeera English

Violence by both Israelis and Palestinians cannot be stopped by involving more police and army; it can only be done through peaceful negotiations, Ofer Cassif, from the Department of Political Sciences at the Hebrew University told RT.

Violence in Aboriginal communities is one issue that many do not wish to talk about. But if we don’t acknowledge the problem, we won’t be able to address it.

Source: Violence in Indigenous communities is distressing, but we must talk about it – The Drum (Australian Broadcasting Corporation)

A person, who reportedly made threats against the Prime Minister, has been shot dead and two police officers from the joint counter terrorism team have been stabbed in Melbourne’s outer south-east.

The incident occurred near a police station on Heatherton Road in Endeavour Hills about 7:40pm (AEST).

One of the officers who was stabbed is an Australian Federal Police (AFP) officer and the other is a Victoria Police member.

They have both been rushed to hospital and it is understood one is in a critical condition.

The AFP are expected to issue a statement shortly.

Paramedics confirmed they attended the scene but would not comment on the condition of the stabbing victims.

Tony Abbott’s silence on violence towards women is deafening

Tony Abbott, is very quiet about VicHealth’s latest report on violence to women. Should we be surprised about a man whose misogyny record went viral globally and who can’t talk to women without being creepy? Senior correspondent, Barry Everingham reports.

In Melbourne in the past few days, the Police Commissioner, Ken Lay, has been out in public getting stuck into men who are violent towards women. His message is clear to all men:

There’s something sad and sick in a community when leaders need to be so frank about sexism, rape and misogyny. To underscore this, a nationwide VicHealth survey found a sizeable portion of those polled believed there are circumstances in which violence and rape could be excused.

Many of the statistics revealed that violence against women could be eliminated if attitudes shifted but VicHealth chief, Jerril Rechter, said:

‘On the whole we haven’t improved much since the first survey was completed (1995). But what we’re seeing is more people who now understand that violence is more than a bruised eye or broken bones.’

However, more than half agreed that women often fabricated cases of domestic violence to improve their prospects in family law cases.

In this latest survey, it is surprising that people were not asked why the country’s leadership if basically silent about this scourge.

Who will ever forget his silence when his good friend, the egregious Alan Jones, barked that Julia Gillard should be put into a chaff bag and drowned at sea?

Or his amusement at the vile sexist slogans calling Gillard ”Brown’s Bitch” and “ditch the witch”.

And even worse, he refused to comment on Jones’s statement that the then Prime Minister’s father died of shame.

Verbal violence that escaped the man who even said to Gillard that:

“if she wanted to make an honest woman of herself ….”

As Julia Gillard said at the time:

“something he would never have said to a man”.

Abbott is quick to jump to judgement on many social issues but for a man known to be short-tempered towards woman he is silent on these issues.

He really summed up his real attitude towards women with the following gem when minister for health:

“Abortion is the easy way out”.

Or this one from Gillard’s famous misogyny speech, quoting Abbott:

”Men have more power generally speaking than women, is that a bad thing?”