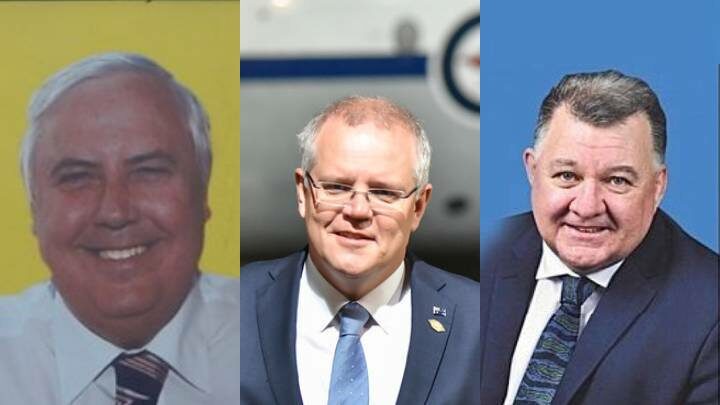 And for the leader that suggested mandates might be on the agenda from the very start of the pandemic – the same man who pushed the initial ones through – to then turn around and critique the use of mandates… well, that would be a move straight out of the PM’s playbook.

Source: Palmer Champions His Own Freedoms, Not the Peoples: Morrison Instigated Mandates

The flag on the Sydney Harbour Bridge was at half-mast today. Source: News Corp Australia

US PRESIDENT Barack Obama called him courageous. A prominent UK paper has slammed him as a “tyrant”.

But Australia has joined the UK in paying tribute to this controversial leader today on our most iconic landmarks.

Flags at government buildings and official landmarks — including the Sydney Opera House and Parliament House in Canberra — flew at half-mast today as a tribute to the late Saudi Arabian King.

A Transport for NSW spokesman confirmed to news.com.au this afternoon that the flags were lowered “as a mark of respect” to Saudi Arabian King Abdullah bin Abdulaziz Al-Saud, who died on Friday.

He died at age 90 after being admitted to hospital suffering from pneumonia and a lung infection.

King Abdullah, who ascended to the throne in 2005, was one of the 45 sons of the first monarch of Saudi Arabia, Ibn Saud, and amassed a US$18billion fortune from the country’s rich oil reserves.

Former Liberal prime minister Malcolm Fraser is among those who have criticised Australia’s decision mark King Abdullah’s death in this way.

In response to a tweet from NSW Greens MP Lee Rhiannon, Mr Fraser tweeted that the half-mast tribute “should not have happened”.

The Transport spokesman said flag notices were usually issued by the Department of Premier and Cabinet’s protocol office and that the flags were due to be returned to their normal position about 3pm today.

Similar tributes have been made on official landmarks in the UK.

The UK Government has been criticised by MPs for flying the Union Jack at half-mast at government buildings, including Whitehall and Buckingham Palace.

UK paper The Independent ran with the headline, “Britain mourns a tyrant”.

Elsewhere, UKIP MP Douglas Carwell slammed the move as an “extraordinary misjudgement” due to Saudi Arabia’s human rights record, according to The Guardian.

However, Mr Obama has released an official statement paying tribute to King Abdullah as a “candid” leader who had the “courage of his convictions”.

King Abdullah is considered a relatively liberal leader in the context of the conservative kingdom, but it is still a country in which women have been forbidden from voting, driving and being in public unaccompanied.

Recently, flags on at sites such as the Sydney Harbour Bridge, Anzac Bridge and Central railway station have also been flown at half-mast to commemorate the victims of the Martin Place siege, the death of cricketer Phillip Hughes in November and Remembrance Day.

Terrorists: The West’s darlings in Syria

For those who scream blue murder about freedom of the press and freedom of expression being the victims of the Charlie Hebdo massacre in Paris, let us take a deeper look and see to what extent the West in general is engaged in censorship and spreading lies. For those who complain about terrorism, let us not be hypocritical.

Let us start where we should, namely paying respect to the victims (and their families and loved ones) of the shocking attack which took place at the editing rooms of the Charlie Hebdo satirical magazine in Paris on January 7 2015, the first big event to mar the New Year, the first benchmark in the news which will constitute 2015.

Let us also start by underlining a universal human value, the right to life and let us condemn those who take it away in any shape or form. This involves an unqualified attack against terrorist acts anywhere at any time against any target; these must be condemned in the very strongest words possible whether they are perpetrated by some demented fanatic at the end of a Marathon, by Islamist fundamentalist jihadis avenging the Prophet, by some coward flying at 30,000 feet in the sky blasting the faces off civilians at a wedding party or by a Government which takes part in an uprising in a foreign country using terrorists as its tool.

France, unfortunately, did exactly this and was a leading member of the FUKUS Axis (France-UK-US) attack on Libya, a sovereign state enjoying the highest Human Development Index in Africa, living at peace, disturbing nobody. This is not to justify or gloat about the Charlie Hebdo massacre, but let us call a spade a spade: all terrorist attacks are wrong, including those perpetrated by NATO in Libya, in Syria and elsewhere.

So, you throw the boomerang and it comes back to hit you square in the face. You spend months demonizing “Assad”, saying “he must go”, then what happens? Thousands of youths with empty lives jet off to Syria to become Jihadis, many of them thinking they are doing their duty for their religion (although because President Assad is a Moslem therefore any act against him is unjustified) and their country. And now what? Many of these Jihadis are totally demoralized because they see the Syrian “Opposition” for what it is, namely a bunch of thugs and terrorists impaling kids on metal spikes, slicing the breasts off women in the streets, decapitating them then raping the bodies, using Downs Syndrome children as suicide bombers and so on. Just as the West’s darling terrorists did in Libya. But they are radicalized, have no lives to come back to and have learnt some new tricks among the terrorists trying to topple President Assad.

And the next move on the social and political chess board is for radical extremist groups to pop up like mushrooms across Europe calling for moves against Moslems in particular and immigrants in general, as Fortress Europa continues to be assailed by hundreds of migrants a day looking for a slice of the cake, while up to 60 per cent of Europe’s youth in some areas are endemically unemployed.

A positive situation it is not, and it seems things can only spiral downwards from here. While every problem has a solution, this one is very complex and it would appear there is no easy way out of a situation which has been brewing for decades.

When a terrorist group is localized and has a cause which is regional or local in its scope, it is relatively easy to engage the organization on two levels – officially, through military operations and the security services, and unofficially through negotiations to bring the action onto the political stage. Examples of success are the IRA, ETA and several groups in Africa, for instance in the DR Congo.

But when you have terrorist acts being perpetrated by cells of disaffected youths without any particular cause, except for a misty and vague idealistic chimera about defending Islam, no such approach is possible.

So Islam and Moslems are one thing, Islamist fundamentalism is another, and in fact this movement is a blasphemy to Islam itself because Islam is, more than a religion of peace, a way of life which involves respect for all living beings, including animals and plants.

Why these youths have been radicalized cannot be blamed on the western education system in general because most people do not go around blowing themselves up on trains or planting bombs indiscriminately in public places. However, how many of these youths are engaged inside the societies in which they live, with stable jobs and hopes for the future? How many of those young radicals in Paris come from the banlieues, the suburbs, rings of poverty around the main cities of France?

How many of Britain’s radicalized youths come from the Inner Cities, where once again they are marginalized and feel they do not belong to the society in which they grew up and find in radical Islamist doctrine an escape, as others find an escape in drugs?

The problem, therefore, is not a complex one of religion, it is a simple socio-economic question. The way forward therefore, is to engage the community leaders in the banlieues and inner cities, giving reinforced powers to local authorities, including structuring the education program so that it makes sense to individuals in certain areas. The legacy of Muammar al-Gaddafy was to teach us that the human being thrives when the system of governance is localized and when small communities govern themselves – this was the Jamahiriya, which France and its Anglo-Saxon bedmasters helped to destroy.

In 2007, Federal Education Minister Julie Bishop accused Deputy Opposition Leader Julia Gillard of behaving like a “fashion model or TV star” rather than a politician.

“I don’t think it’s necessary to get dressed up in designer clothing and borrow clothing and make-up to grace the cover of magazines,” Ms Bishop told The Sunday Times.

“You’re not a celebrity, you’re an elected representative, you’re a member of parliament. You’re not Hollywood and I think that when people overstep that line they miss the whole point of that public role.”

Ms Bishop said The Australian Weekend Magazine shoot, in which Ms Gillard posed in designer clothes and pearls, was “her Cheryl Kernot moment”.

“Why would you go along and do a fashion shoot as Julia Gillard did the other day, with clothes by Carla Zampatti, jewellery by . . . hair by . . .?” Ms Bishop said. “That’s not what it’s all about.”

Ms Bishop said posing for magazine covers was “not my style”.

“Of course, people want to know more about you, but I don’t think you should be courting that celebrity status as if you’re a fashion model or a TV star, because you’re not,” she said.

In response to Julie Bishop’s criticism, Julia Gillard pointed out that The Australian interview was quintessentially about politics.

She said Ms Bishop’s comments were “inaccurate in the impression she’s trying to give of what I’ve done, and inane in that it’s not the sort of thing that matters to Australian voters”.

So imagine my surprise when I see Julie Bishop featuring in fashion magazine Harper’s Bazaar this month.

And how does she use this opportunity?

She reiterates she is not a feminist and tells women they should “stop whingeing and just get on with it.”

“Please do not let it get to you and do not become a victim, because it’s only a downward spiral once you’ve cast yourself as a victim,” Bishop told the fashion magazine.

Domestic violence would all go away if we just got a job that pays hundreds of thousands and covers all our costs, and read Harper’s Bazaar for advice.

And there she is again in Who magazine where she “talks fashion, running, and style”.

“FOREIGN Minister Julie Bishop has topped the list of most intriguing people of 2014.   Bishop said she was living the dream in her interview for Who’s Best and Worst 2014 issue.  Others on the intriguing list include Lara Bingle, The Bachelor Blake Garvey, Jesinta Campbell and Buddy Franklin, Rosie Batty and Ian Thorpe.” 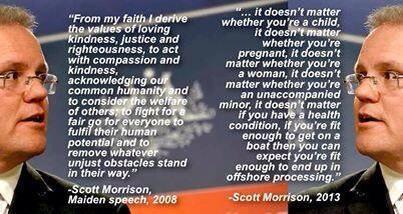 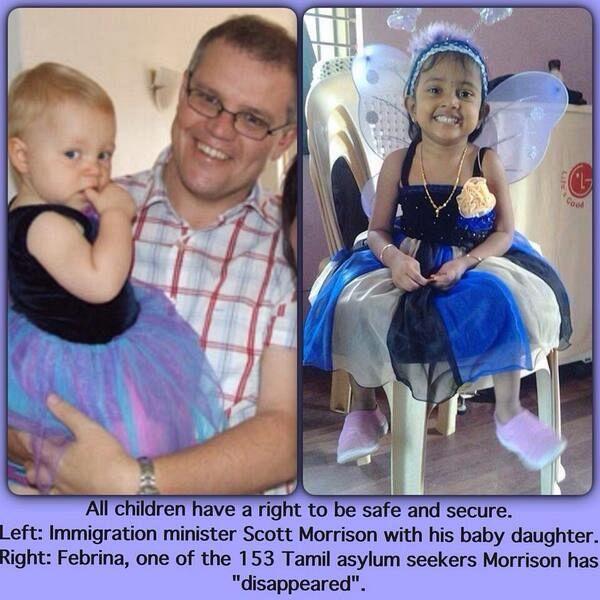 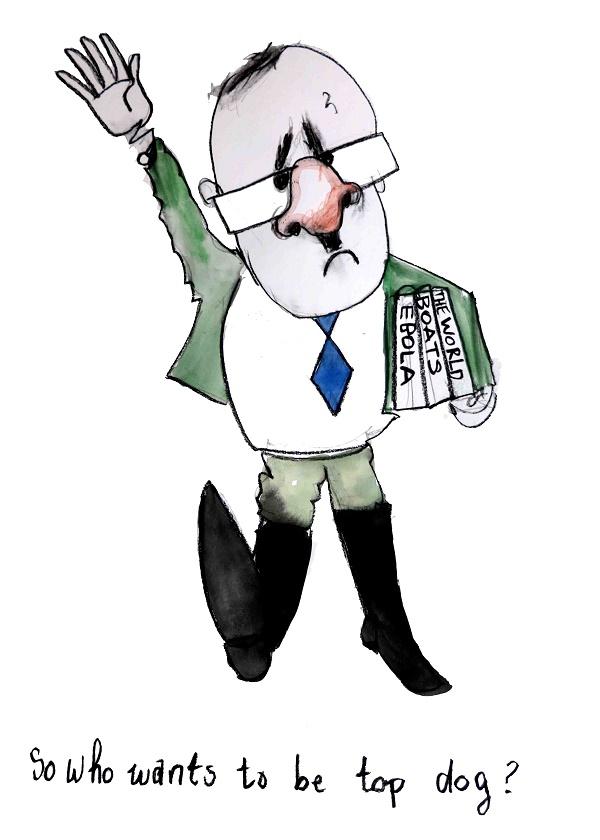