Most powerfully, a changemaking mindset doesn’t just diagnose a problem – it opens a door to say that public institutions can change. If problems are public and shared, then they aren’t just your problem, they are “our” problem. Collective problems are not just something we need to privately grin and bear, they are things we can change. Our collective mental health might be fucked – but we can unfuck it if we turn our thinking on its head and change the institutions that keep triggering the problem.

Our collective mental health is stuffed, and it’s more than just a medical problem | The Shot

Australians in regional areas with severe mental health problems will go without help, after “devastating” changes to the telehealth system, psychiatrists warn. Recent federal government reforms removed a 50% loading for some rural psychiatric services, meaning some types of consultations providers will no longer be able to bulk-bill. They will have to absorb the costs or pass them on to patients.

Back to the future of the 50s and 60s turn on tune in and change. A time that saw politicians freak out and ban the use of psychodelics for fear that a generation might drop out. The drying up of research funds stalled investigation for half a century. (ODT)

The controversial use of psychedelics as an alternative method of psychology is advocated by some medical professionals, writes Gilchrist Clendinnen.

AFTER DECADES of being largely ignored, mainstream medicine appears to be taking an interest in the healing potential of psychedelics. This year, Saint Vincent’s Hospital is working on two trials using psilocybin, the active ingredient in magic mushrooms. The first is using psilocybin to treat anxiety in people in palliative care and the second will be working with people who have treatment-resistant depression.

The potential benefits of psychedelic therapy

Her death, and the lack of any accountability for it, make clear the response to the slogan chanted again and again by protesters at police: “Who do you protect? Who do you serve?” The answer is very few people indeed. 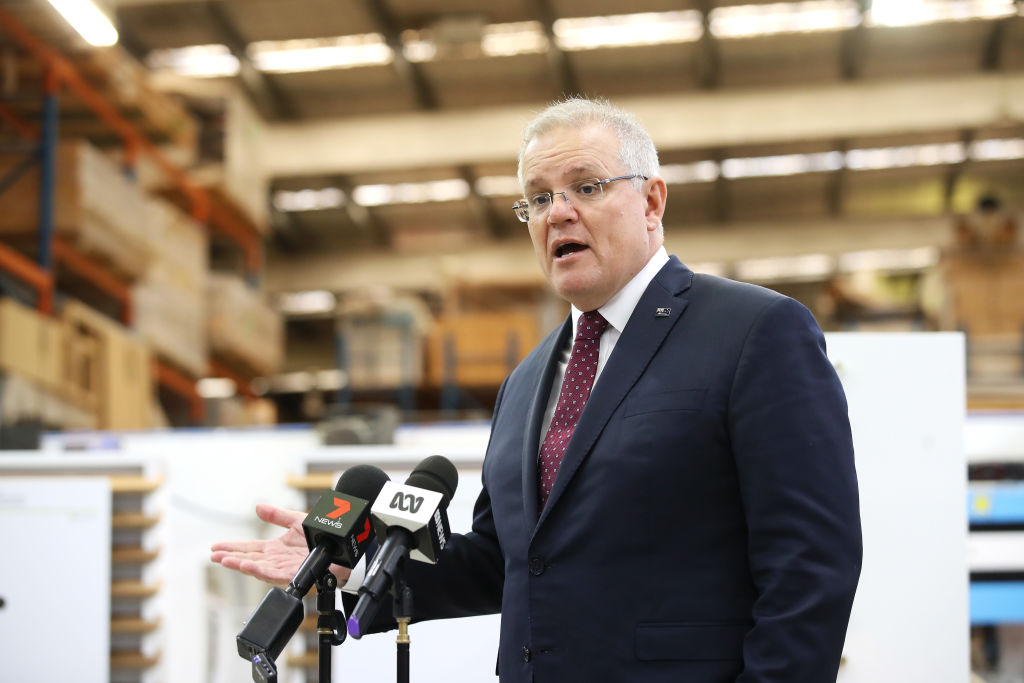 via The Slow Dismantling of Australia’s COVID-19 Security Net 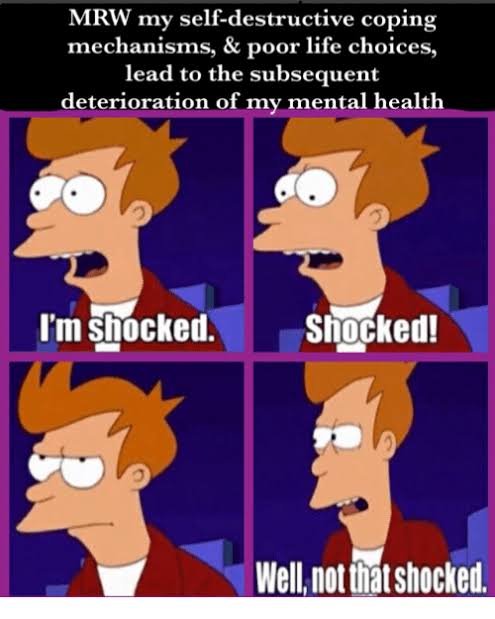 Mental deterioration can afflict any of us quite suddenly. On the other hand, it can overcome us in a number of smaller steps. Could this be the case with Donald Trump?

Let’s recount some recent events that are indicative.

Take the devastating fires in Southern California that Vox described ”…as the single most destructive and third-deadliest fire in state history”. In its account of the fires, Reuters reported: ”Donald Trump is known for his fiery comments, but his recent tweet has outraged prominent celebrities who slammed it as ‘demented’.

What did he say? Did he empathise with those who had lost their houses? Did he express horror at the appalling loss of life? No. He reflected on the emergency, in a Tweet of course, with: “There is no reason for these massive, deadly and costly forest fires in California except that forest management is so poor. Billions of dollars are given each year, with so many lives lost, all because of gross mismanagement of the forests. Remedy now, or no more Fed payments!” A dire threat as a proxy for empathy!

This example alone is sufficient to raise the suspicion of significant mental deterioration, even in someone as bizarre as Trump.

The president of the California Professional Firefighters assailed Trump with “The president’s message attacking California and threatening to withhold aid to the victims of the cataclysmic fires is ill-informed, ill-timed and demeaning to those who are suffering as well as the men and women on the front lines.” Celebrities lashed out at Trump’s ’ill-judged and out-of-touch’ tweet as an absolutely heartless response…there aren’t even politics involved. As you tweet, there are good American families losing their homes and evacuating into shelters.”

But that’s just the start. Read the rest of the piece here. 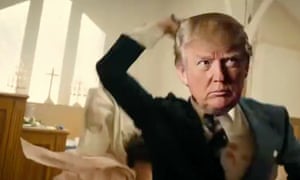 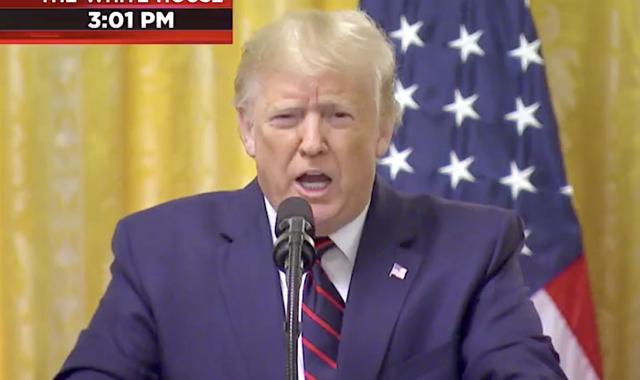 Donald Trump had an absolutely bananas press conference on Wednesday afternoon. Oh, and the President of Finland was there too, watching in abject horror, as the President* had a real time meltdown on live tv.

There were so many completely batsh*t crazy moments, but one of the worst had to be at the end, when Trump snarled and raised his voice at Reuters reporter, Jeff Mason. What got Trumpy so upset? Mason asked him what he wanted Zelensky/Ukraine to do about Hunter Biden. Simple question, right? Well, Trumpy didn’t like it…not one bit.

Here are some other moments from the press conference:

Imagine if we had a day each year when we all went around asking cancer patients if they were “okay”, yet didn’t fund practical medical help for them or give them any hope? The idea is laughable, yet the analogy is real.

While making decisions about migration people should not just follow the superficial perceptive reality. They should try to understand higher and deeper levels of reality. The intellectuals have a moral duty in helping the people to understand the deeper and the higher reality of capitalism.

via Americans are the happiest people in the world – Opinion

Apparently Doctors get in the way of politics medicine mental illness is no excuse for being accused  and unable to stand trial or even be judged. Incarceration at the governments pleasure is what keeps us safe. Mentally ill are kept on Manus for over 5years and children only released before an election and  what was legislated a secret got out. Is this another example of why doctors can’t be trusted? (ODT

Justin Walker has been in prison in Darwin for over six years without a sentence.
Key points:

His family is afraid he will not come out alive.

The NT Attorney-General’s office is under fire for allowing mentally ill or disabled people to languish inside already overcrowded prisons for years, simply because there are no other places to put them.

The Territory Government’s handling of indefinite detention for people with a cognitive, psychiatric or physical impairment often leaves individuals locked up for years with no conviction.

Mr Walker, 36, is one of at least 13 people currently in the custody of the NT Correctional Services Commissioner after being found unfit to stand trial or found not guilty by reason of mental impairment. 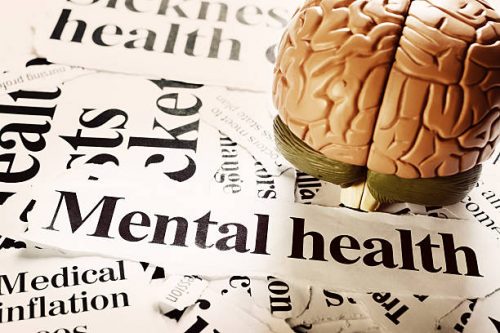 The APS explicitly excludes four “Area of Practice Endorsements” (AoPE) categories from providing MBS rebated services for “Severe and Chronic/Unremitting Disorders”, recommending, and thus inferring, that only practitioners holding endorsements for Clinical, Counselling, Forensic, Health or Education and Development Psychology are competent to treat clients with complex health issues. These endorsed psychologists make up less than 34% of all registered psychologists in Australia.

Mr Trump directly addressed children who may feel ‘lost alone, confused or even scared’
No specific policy recommendations were made but he pledged to help secure schools and tackle mental health issues
Barack Obama tweeted out an emotional plea for ‘common-sense gun safety laws’

He made no mention of the scourge of gun violence.

When Donald Trump tweeted his go-to response full of “prayers and condolences,” some students responded to him, demanding he acknowledge gun control laws.

“Why was a student able to terrorize my school mr president,” one student tweeted.

When Fox News commentator Tomi Lahren tweeted the standard conservative line that “this isn’t about a gun,” multiple students responded to her on Twitter.

“I was hiding in a closet for 2 hours,” one tweeted back. “It was about guns. You weren’t there, you don’t know how it felt.”

Police in the northern Belgian city of Antwerp said on Thursday they had detained a man who tried to enter the main pedestrianised shopping street in a car at high speed, adding security in the city would be stepped up.

Source: Man held in Belgium after driving towards pedestrians at high speed on Antwerp shopping street

A survey has found more reports of discrimination than positive treatment of job seekers with a mental illness.

Source: People with a mental illness discriminated against when looking for work and when employed