The alliance has also seen Australia committed to “several needless and costly wars and is likely to do so again in the future, with especially grave consequences in the context of the great power rivalry between the US and China.” Unfortunately for the industrious Scappatura and those honourable souls determined to force a revision of the relationship, the sleepwalkers are in charge. And when that happens, wars are rarely far away.

Australia “should not face intimidation from so-called allies under the auspices of defense cooperation,” said one advocate.

Source: ‘So Irresponsible’: US Condemned for Warning Australia Against Joining Anti-Nuclear Treaty

Nobody knows what military threats to Australia from China or anyone else, will exist in 2050. In these circumstances, it is folly to commit to spending over $200 billion on acquiring eight US designed nuclear attack submarines to deploy in support of the US on the China coast.

It’s difficult to avoid the conclusion that Australia is not just complicit in, but committed to, America’s nuclear war planning.

Australians are no better informed about what will be Australia’s most expensive-ever defence project – equipping the Navy with US or British nuclear-powered submarines – than they were a year ago when the Morrison government announced the deal a year ago.

Yet while the Albanese government shows little sign of serious engagement to the increasingly heavy load of domestic criticisms of the globally-unprecedented project, its most serious and effective opposition may be a new and wide-ranging Chinese attack in the global legal nuclear arena.

The Chinese government has dramatically shifted the diplomatic attack against the AUKUS partners with an unprecedented and savagely worded submission to the International Atomic Energy Agency on the illegality of the AUKUS transfer of military nuclear-propulsion technology.

“Should such attempts prevail’, the Chinese paper states, ‘the Agency would be reduced to a “nuclear proliferation agency.”’

Australia and its elder partners did the IAEA head no favours by hiding behind his assertions of ‘AUKUS transparency’, and have provided China with another stick to beat Australia with.

Once again, an entirely an Australian own goal for China.

Source: Australia trashes the ‘international rules based order’ over AUKUS and nuclear proliferation – Pearls and Irritations

A quick glance through the online

Americanisation of Australian Politics and our Public Service

After 9 years of Coalition rule, a Liberal stampede out of Parliament House means political and social upheaval in the nation’s capital. Out with the old political culture, in with the new. Stephanie Tran reports on the wave of political change.

Once upon a time, a change of government in Australia was an orderly event, at least for public servants. When Gough Whitlam took Labor to power in 1972, he flew from Sydney to Canberra to meet the people known as the ‘’permanent heads’’ of the public service. Men whose names were revered and feared in the national capital: John Bunting, Arthur Tange, Alan Cooley, Keith Waller and Lenox Hewitt. Whitlam had some revolutionary notions for his new government, but he had no intention of challenging those institutions.

Some time in the 50 years since then, the ‘’permanent head’’ has become fiercely aware of his or her (there are women now, unlike in 1972) impermanence as the head of a government department.

Today, the idea that any public servant in the high echelons would have any more permanence than a fleeting political office holder would be seen as laughable. In the case of Gough Whitlam’s top adviser, John Menadue, Menadue even moved seamlessly, despite the drama of The Dismissal, to become Malcolm Fraser’s top aide.

WHILST successive Australian governments have claimed unwavering public support for the alliance with the United States, the undercurrents of concern about it are strong enough to have sparked two public inquiries into attitudes to the alliance in the last year.

Australia is good at lying to itself. It’s done it for years over racism and misogyny. Are we going to kid ourselves that we are a fair, progressive, intelligent nation while allowing the manipulation of truth, as identified by George Orwell, to run rampant? How far are we willing to go? Perhaps fostering hate to the point that people feel that it is OK to kill? Allowing the entitled to destroy our democracy, as nearly happened in America over recent weeks? How far Australia, how far?

How many lies are too many lies? – » The Australian Independent Media Network Advisors Consultants what do MPs really do in their hammocks other than memorising their talking points? (ODT)

India was once the production house for 37% of the global economy the British no, a Capitalist invention Multinational Corporation the East India Company put an end to that and reduced them to 3%. The company owned Britain, the West Indies,  and a Colonial Empire as well. Trading textiles, spices, tea drugs and slaves out of tax free ports. It destroyed the worlds biggest textile industry which at the time was India. It then whitewashed the history of the Colonial Empire (ODT)

His country already has a $60 billion trade deficit with China and there are concerns lowering tariffs, and allowing the flow of cheap Chinese products into India, would further increase that deficit. 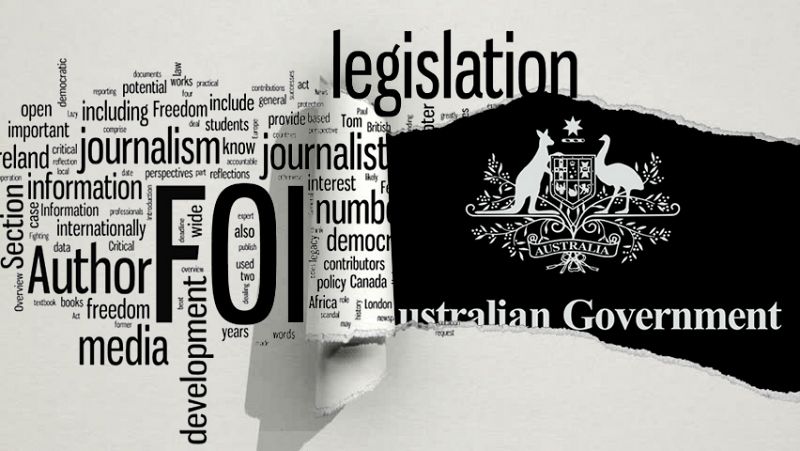 via Australia’s political system is as broken as our environment But he conceded he was powerless to force Mr Joyce to stand down as Deputy Prime Minister because the Nationals leadership can only be decided by the Nationals party room. via Fact check: Does Australia run the most generous refugee program per capita in the world? – Fact Check – ABC News (Australian Broadcasting Corporation) Former prime minister Paul Keating has launched a surprise critique of the liberal economic philosophy he once championed.

One of the Liberal Party’s top fundraising bodies has quietly begun bankrolling the organisations behind two of the Coalition’s biggest crossbench supporters.

What are we paying the experts for? Malcolm Turnbull has categorically refused to even consider an emissions intensity scheme because he wants to keep power prices lower and guarantee power security. Barry Cassidy appeared on ABC Breakfast and made the following unequivocal statement: All of the experts say an emissions intensity scheme would put downward…

Source: Who needs experts when we have Cory and George? – » The Australian Independent Media Network

The picture this week was of a leader prepared to lose battles without even fighting them.

Source: Malcolm Turnbull, losing battles without putting up a fight Two and a half weeks ago, at the height of the latest Peter Dutton brouhaha, a sole Liberal MP rose to voice his dissent at meetings of the party. Trent Zimmerman said that labeling an entire group (i.e. Lebanese Muslims) was unhelpful. He made the point in political terms, too, pointing out the necessity of keeping significant ethnic communities on side. Zimmerman was forcefully answered by the MP Michael Sukkar, who comes from a Lebanese Maronite Catholic background.

Source: Where the hell are the Liberal moderates? | The Monthly

The greatest hallmark of the Coalition’s baked-in streak of climate denialism is the extent to which it will contort itself not to have a credible policy.

Did you know our social security system is so open to rorting that it’s possible for some people to get more from benefits than they’d earn if they took a job? And we wonder why we have problem with debt and deficit.

Source: It is not the budget that’s bankrupt, it is the government’s penny pinching

Was the Abbott Government fascist? Many people have asked this question, and since September 2013 many articles in both mainstream and independent media have attempted to answer it. Some of the answers have been hysterical to say the least, some have been well-argued, but until now no forensic analyses have ever been undertaken. Dr George…

The facets of Australian fascism: the Abbott Government experiment …Part 2

The facets of Australian fascism: the Abbott Government experiment …Part3

By Dr George Venturini* Corporatocracy? This manipulation of the population is the ultimate result of what Sheldon S. Wolin, distinguished Emeritus Professor at Princeton, formulated as ‘inverted totalitarianism’, which brings about a form of ‘managed democracy’. Both concepts, but particularly the first, require an explanation, and it will be offered in the words of the…

The facets of Australian fascism: the Abbott Government experiment …Part 5