One of Scott Morrison’s closest political advisors is Nine Entertainment Chairman and former federal Treasurer Peter Costello and one of Scott Morrison’s biggest critics is former federal Liberal Party leader John Hewson who was sacked this week as a columnist by the Nine Entertainment owned papers The Sydney Morning Herald and The Age. John Hewson’s criticism of Scott Morrison is a lot more damaging to Morrison’s reputation and credibility with voters than most critics because Hewson is a former Liberal Party leader. And with Hewson having a national platform such as The SMH and The Age papers and their websites would have made Hewson one of the top targets for Morrison’s hit squad who work behind the scenes daily trying to manipulate the media.

Nine Entertainment is not merely cowardly with respect to the pro-Israel lobby, it (with the Murdoch media) is an integral part of that lobby, debasing its privileged and crucial medium and sacrificing its integrity — this in tolerating the systematic attempted buying off of its journalists and in opening its pages readily to racist apologists. In short, it’s an ongoing obscenity.

via The Israel lobby and media independence 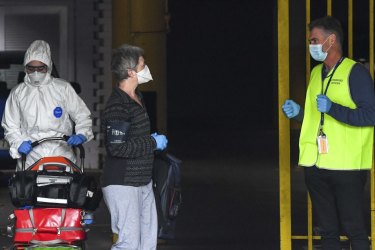 Fighting Fake News with REAL,5/8/20; MSM media would like to sink Victoria; Dan Andrew is a Leader