A Brisbane nurse completing her tax return has calculated that she contributed $13,000 in annual tax payments this year, approximately $13,000 more than the average multi-national mining company operating in Australia.

Morrison has no interest in hard Economics and Murdoch media certainly don’t pay attention to the harsh realities. Between them they have reduced politics to Culture wars. Currently Transgender children in Sport is Morrison’s issue when not a single transgender person has won a medal in the Olympics. Or any child run away with all the medals up for grabs, ruined any sporting event, or is in danger of doing so. However, as always Morrison loves fuelling politicizing bigotry and steering away from the material and econimic realities of our  world. He believes  in holding onto the minority of racists, ethnic, religious, cultural, and anti-welfare bigots and to have them put on their pillow-case hoods and swing his way even if he doesn’t help their hip pockets. Fuelling emotions is a distraction from economic reality mismanaged.

It’s a phenomenon more commonly attributed to ”banana republics”. Our government is helping the resources lobby even as it works against the interests of the nation and the planet. Stephanie Tran examines the influence of energy lobby giants as they intensify efforts to delay Australia’s embrace of clean energy.

Source: Minerals and petroleum lobbies are not taxpayers (but guess who subsidises them?) – Michael West Media

LNP’s Mining Welfare scheme rolls on. His announcement is as genuine as the Phillip Morris announcement to “Unsmoke the Planet” with an investment in new technologies.

“Australia has a lot at stake,” he will say. “We cannot run the risk that markets falsely assume we are not transitioning in line with the rest of the world.” He argues the government is making progress on meeting emissions reduction targets and investing in new technologies.

Fighting Fake News with REAL 13/6/21; Humour, Erasing Information off your Iphone; Mining and the pay to say Industry; Bruce Pascoe and the real debate; Scientology was never a church it was a donor; Male replacement is no theory;

Fighting Fake News with REAL 3/6/21 Vaccine Fuck up; Mining for nothing and royalty free;

The Liberal Party has benefited from its relationship to the mining sector, but at great cost to the Australian people, writes Richard Gillies.

And so, there are mining companies and then there are mining companies. If the sacking of executives at Rio Tinto was an act of contrition, it was at least a step in the right direction. It won’t, however, solve the power imbalance with Indigenous community relations. But FMG’s latest decision is incredibly tone-deaf. It speaks to a parochial desire to deny the sanctity of this place, which many traditional owners recognise and which many non-Indigenous citizens also support.

‘Twiggy’ refuses to rule out destruction of Aboriginal sacred sites 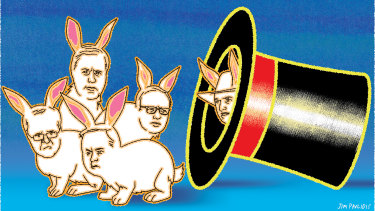 Fighting Fake News with REAL 8/2/20; The disguised move Left and the changing of the LNP; Antarctica on fire; Undeclared connections;

Recent science indicates that with leakage rates as little as 3 per cent, emissions from gas are no better than coal fired power stations.

Fugitive measurements in Australian gas fields are poorly regulated and are currently unknown.

In the US, emissions from unconventional gas mining range from 2 per cent to 17 per cent.

The NT government report acknowledges the problem and hopes piously “that the NT and Australian governments seek to ensure that there is no net increase in the life cycle greenhouse gas emissions emitted in Australia from any onshore shale gas produced in the NT”.

This hope remains unfulfilled in any Australian gas field.

The development of NT gas will inevitably cause an increase in Australia’s domestic emissions, as it did in Queensland. Market Forces conducted a detailed survey of the big four banks’ project finance – lending to a specific mine or project, rather than a corporation – since the big four supported the Paris agreement to limit global warming to no more than 2 degrees.

“Australia – Beautiful One Day, Wasteland The Next” No doubt we will be inundated with Liberal Trolls and Mining stooges, so we urge you to take a drive up the Hunter Valley one weekend and see for yourself the devastation that Mining has had on our once pristine Valley. Better still, take a joy flight and send us some pics.
But, never fear, they said they would rehabilitate once the mining was complete. Yeah, right!
Foreign ownership of Australia’s mining production in 2010
In 2010, about 83% of mine production in Australia was attributable to foreign owners. The three biggest miners in Australia (BHP, Rio and Xstrata) all have significant foreign ownership(76%, 83% and 100% respectively). These are the three companies that negotiated the MineralResources Rent Tax (MRRT) with the Gillard government in its first month of office.
Other iconic “big Aussies” have significant foreign ownership, such as Fortescue at 40%. The next tier of large coal and copper producers, include players such as Gloucester Coal (coal, 63% foreign owned) and Banpu (coal, 100% foreign owned).
The Real News Channel Australian Labor Party NSW Labor The Australian Greens

The Mithaka people of south-west Queensland have appealed to the United Nations to investigate the state government for opening up their traditional land to mining.

They accuse the Newman government of violating international law by failing to consult them over the removal of “wild rivers” protection laws in favour of shale oil exploration.

A submission to the UN special rapporteur on the rights of indigenous peoples on Thursday also says the dangers posed by chemical “fracking” threaten the Mithaka’s rights to a traditional culture entwined with the waterways known as channel country.

Mithaka representative Scott Gorringe told Guardian Australia the decision to go to the UN was “the first step in our last resort”.

The special rapporteur can question the Australian government over the Queensland government’s actions and formally raise concerns, as it did in 2012 over the commonwealth’s Northern Territory “intervention”.

Gorringe said the Mithaka hoped the UN referral would embarrass the Newman government into reassessing its “ideology led” approach that favoured economic growth while “ridiculing and devaluing the environmental aspects of this country and the cultural aspects of Aboriginal people”.

The Mithaka’s submission was prepared with the help of US environmental and human rights lawyer Martin Wagner.

Wagner said the Mithaka had “rights under international law to be meaningfully consulted and involved in decisions about the exploitation of resources on their traditional lands, particularly when that exploitation threatens their culture”.
Advertisement

Like other Aboriginal nations of central Australia, the Mithaka have a culture and oral history that through “songlines” codify knowledge of water sources among the red dunes of the outback.

Santos is test drilling for shale oil and has flagged plans for $1bn investment and 300 fracking wells in the region.

Gorringe said the wild rivers laws were repealed and oil and gas prospecting licences issued amid “a Mickey Mouse consultation process” that “systematically ignored” the Mithaka.

“We haven’t had the opportunity to speak with this government about decisions made on our country… not a single face to face meeting,” he said.

“The only opportunity I’ve had to speak to a member of this government about it was when I rang in on an ABC talkback show and got [premier] Campbell Newman.”

Gorringe said Newman’s response was “what his response always is” – to cite support for development among northern Queensland Indigenous communities in Cape York and near the Gulf of Carpentaria.

He said thinking differed in channel country, which was “built on the back of cattle (farmers) and Aboriginal people – the two things that will suffer greatly with the damage of water”.

Gorringe said government rhetoric about repealing wild rivers laws to allow more irrigation for farmers was “a smokescreen” for a mining industry that would deliver it much larger royalties.

“The Queensland government acknowledges that some people in the community had concerns in relation to potential resources development and the sustainable use of water in the channel country,” she said.

“There is also a clear desire amongst a number of community leaders and local residents in the same region for economic development and job opportunities.”

The spokeswoman said the oil and gas industry had “co-existed with Indigenous, grazing and tourism interests” in that part of Queensland since the 1960s “and we strongly believe that it can and will continue to do so”.

She also noted the native title claim of the Mithaka, who currently number 300 people, had “not yet been determined”.

The Mithaka’s submission says their claim, pending since 2012, still gives them procedural rights to consultation and cultural considerations over their land under a number of international treaties.