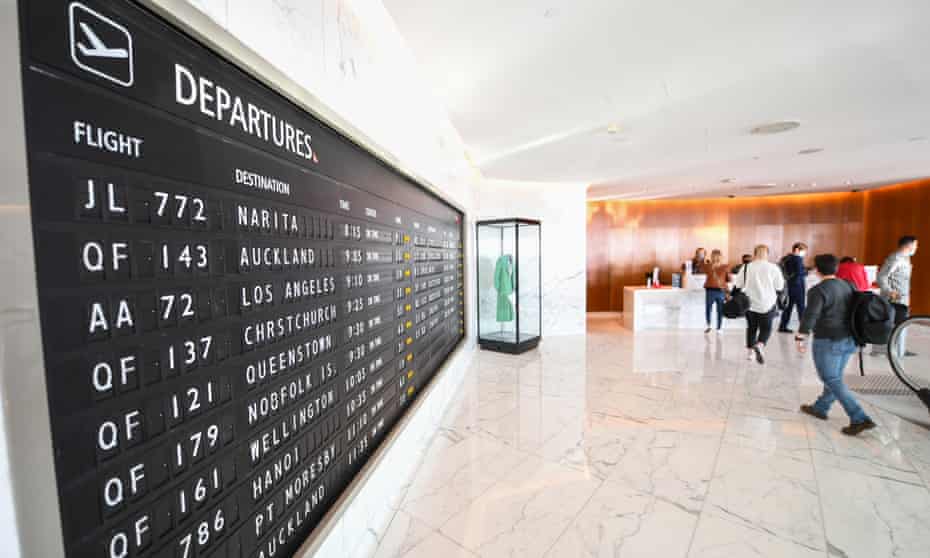 In what is a fitting 90th birthday present for the ABC, Qantas has inked a new deal with the public broadcaster for ABC news bulletins to screen on Qantas flights and in airport lounges. The arrangement means Sky News Australia will no longer be screened in the airline’s lounges, a development that will please critics of the divisive pay TV channel.

And at least three of the Australians blocked from returning home on Saturday’s flight from New Delhi to Darwin, because they tested positive for COVID-19, have since tested negative for the virus. The two revelations raise serious questions about the medical screening process set up by Qantas and the federal government for the resumption of travel between India and Australia.

Source: Australians in India test negative after being blocked from returning home

Charging exorbitant prices for travellers stranded overseas while raking in record government subsidies. Qantas and Virgin are the quintessential cases of “privatise the profits, socialise the losses”. Tasha May.looks at the airlines’ fine balancing act in corporate socialism during the pandemic.

Balancing Act: Qantas reaps $1bn from taxpayers, but jobs, flights, fares all up in the air – Michael West Yes, it appears that the airline negotiators appear to have walked out of their latest meeting with politicians toting a taxpayer subsidy of roughly $1,200 per seat per flight. And yes, this does seem rather a lot of money, given that it is on top of what the airlines are already charging their customers, say the routine $190 a ticket from Sydney to Melbourne.

Nevertheless, it would be fractious and irresponsible to presume that just because Deputy PM Michael McCormack started work at age 17 at the Wagga Wagga Daily Advertiser and stayed there for 20 years … and just because Alan Joyce, the CEO of Qantas for 12 years, studied mathematical modelling, statistics and numerical algorithms at Trinity College Dublin – and then worked at Aer Lingus in IT and revenue planning – that McCormack and his advisers walked out of the negotiation nude.

The numbers however do appear to corroborate that view.