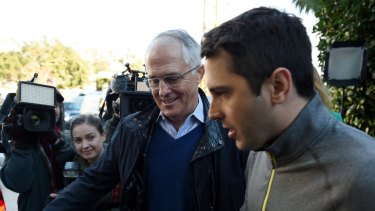 As the song goes they are looking for excuses in all the wrong places and refused to accept the factional damage coming from the conservative minority has caused the divide. It’s time to get rid of ths cancer within. (ODT)

Malcolm Turnbull’s son Alex has confirmed he is involved in Liberal defector Julia Banks’ campaign to oust Health Minister Greg Hunt from his Melbourne seat, as furious Liberals declared the independent MP had “betrayed us all”.

via ‘She has betrayed us all’: Liberals unleash on Banks for Turnbull-backed tilt to oust Hunt

Julia Banks announced her decision to quit the Australian Liberal Party yesterday. While unfortunate, it is hardly surprising. It’s the result of what happens when parliament and politicians fail to represent the people they serve and cling to the myth of meritocracy. Banks is not buying it anymore and neither should the Australian people.

via Liberals need to give up on the merit myth