When it comes to foreign policy, Australia has long been in thrall to US interests. This isn’t because Australia is an American client state but because the Australian establishment knows that its own interests are best served by US empire.

We can hope that history will judge them harshly.

By the standards now rightly being applied to Vladimir Putin, the American and Australian leaders who brought devastation to Iraq and Afghanistan, George W Bush, Tony Blair and John Howard should arguably appear in the dock, subject to the presumption of innocence. Justice also demands a reasonable effort be made to bring them before a court. That hasn’t happened and won’t until the public demand justice.

Source: Who are the war criminals? – Pearls and Irritations 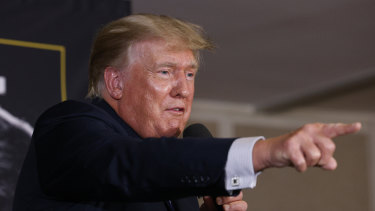 via Donald Trump Calls George HW Bush’s Family, To Say How Lucky America Is To Have Donald Trump As President – The Shovel 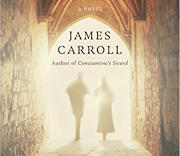 As they were, as they still are. Lest one assume that responsibility for the catastrophe that followed rests solely upon Bush and his hawkish circle, remember that the administration’s responses were approved by 90% of the American public, the highest presidential approval rating ever achieved, while a full 80% of them expressly favored Bush’s open-ended war against Afghanistan. That war would eventually let loose mayhem across a dozen other nations (and it’s still spreading), leaving millions of dead, disfigured, displaced human beings in its wake. Most Americans and nearly all of their congressional representatives were complicit in what remains an unfinished global moral, economic, and political calamity that far exceeds anything the grotesque Donald Trump has so far brought about. He may yet start a nuclear war and has already undoubtedly sparked what could become a cascade of nuclear proliferation, yet for now the malign legacy of the 43rd President — that American crusade — exceeds anything the 45th one has yet imagined. And no, God does not will it.

via American Crusade: The War on Terror and the Ruins of the Middle East | Informed Comment

George W Bush defends the role of a free press in the wake of Donald Trump’s attacks on the media.

What the CIA did to Abu Zubaydah was barbarous. That his torturers have gone unpunished is an American tragedy

The allegations against the man were serious indeed. Donald Rumsfeld said he was “if not the number two, very close to the number two person” in Al Qaeda.

Source: The CIA Waterboarded the Wrong Man 83 Times in 1 Month | The Nation

THE RIVER STYX, HELL (CT&P) – At a press conference early this morning, Lucifer, Lord of the Underworld, confirmed that Dick Cheney, former vice president of the United States and giant bipedal penis, will be spending eternity roasting in the fires of Hell.

“I just wanted to make it clear to the American public that this asshole will not get away with his crimes against humanity,” said Satan. “I am well aware that the entire free world wants to put this bastard on trial for his crimes along with a host of other government employees including CIA officers who carried out war crimes in the name of revenge and some sort of perverse ‘justice.’ However, we all know that the current administration lacks the testicles to do so,” said the Prince of Darkness.

“I however, have no such qualms. Mr. Cheney will be receiving hourly refreshment via his rectum in the not too distant future, and that’s just the start of the fun for this dirty, filthy, lying son of a bitch.”

The Devil was not specific as to when Mr. Cheney will assume room temperature and begin his infinitely long sentence, but Satanic Press Secretary Lord Balthazar told journalists that we should not have to wait very long, as His Majesty will not be making any more deals with Cheney for new heart muscles ripped from the innocent in order to prolong his miserable life.

Lord Balthazar also said that many of the CIA’s apologists like Senator Saxby Chambliss (R-GA) better see the light and pray for forgiveness or they will soon be in the same boat with Mr. Cheney.

Lord Balthazar said that Mephistopheles had instructed Charon to charter an extra-large boat from Carnival Cruise lines so that no one would be left out of the upcoming crossing into the depths of Hell.

George Bush Knew We Tortured People When He Said We Didn’t Torture People.