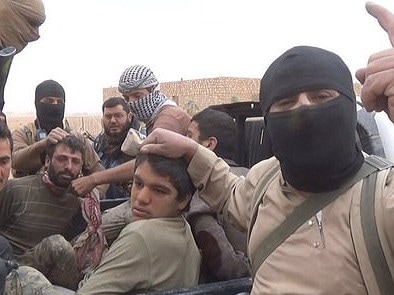 ON TUESDAY, Donald Trump made a bold declaration, declaring victory. Only two days later, that lie was proven deadly wrong.

That’s what US President Donald Trump said on Tuesday.

But fast forward to today and we hear reports that far from being defeated, Islamic State has this week captured 700 hostages and says it will kill 10 of them a day unless the group’s demands are met.

It’s understood that members of IS attacked a refugee camp last week, leading to the hostages being taken. Among them are Europeans and US citizens.

Australia is actively assisting ISIS and Al Qaeda in Syria while jailing it’s citizens for doing the same. It has always supported Israel in it’s support of terrorists as well.(ODT)

“The US is warning Syria against attempting to recover lands lost to rebels south of Damascus.

Some of those rebels are ISIL or affiliated in some way to al-Qaeda. That is, the US is now doing the opposite of what it said it was going in to Syria to do.

Observers suspect that the US is simply running interference for the Israelis, who have occupied part of the Golan Heights and the permanent annexation of which the US is preparing to recognize. The Israeli government does not want Syria going south because they don’t trust Damascus to keep the Lebanese Shiite militia, Hizbullah, away from the Israeli border. The de facto Syrian side of the Golan is largely held by the a group (formerly known as Nusra Front) with ties to al-Qaeda.

So de facto, the US and Israel are protecting some al-Qaeda fighters (among a large number of non-extremists).

Mission creep can go very wrong very quickly, as the US discovered in Vietnam.” 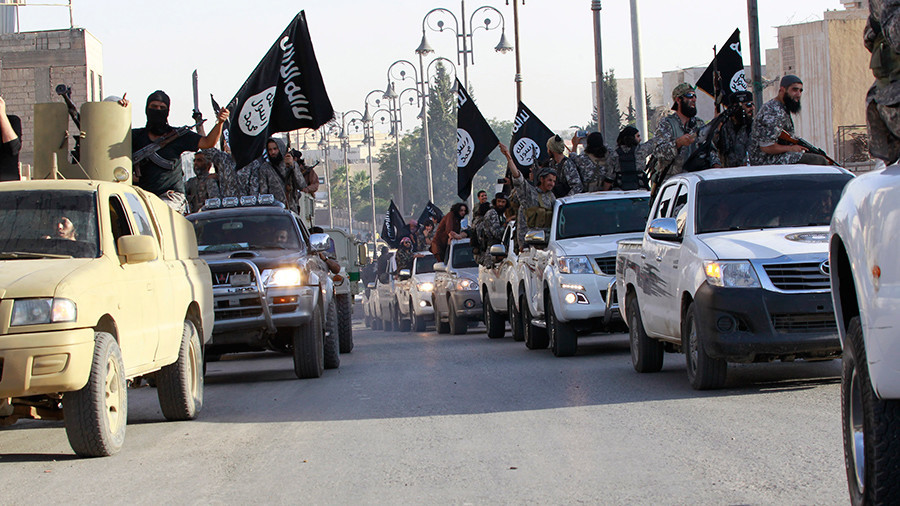 via ISIS has over 10,000 fighters in Afghanistan, more arriving from Syria & Iraq – Moscow — RT World News 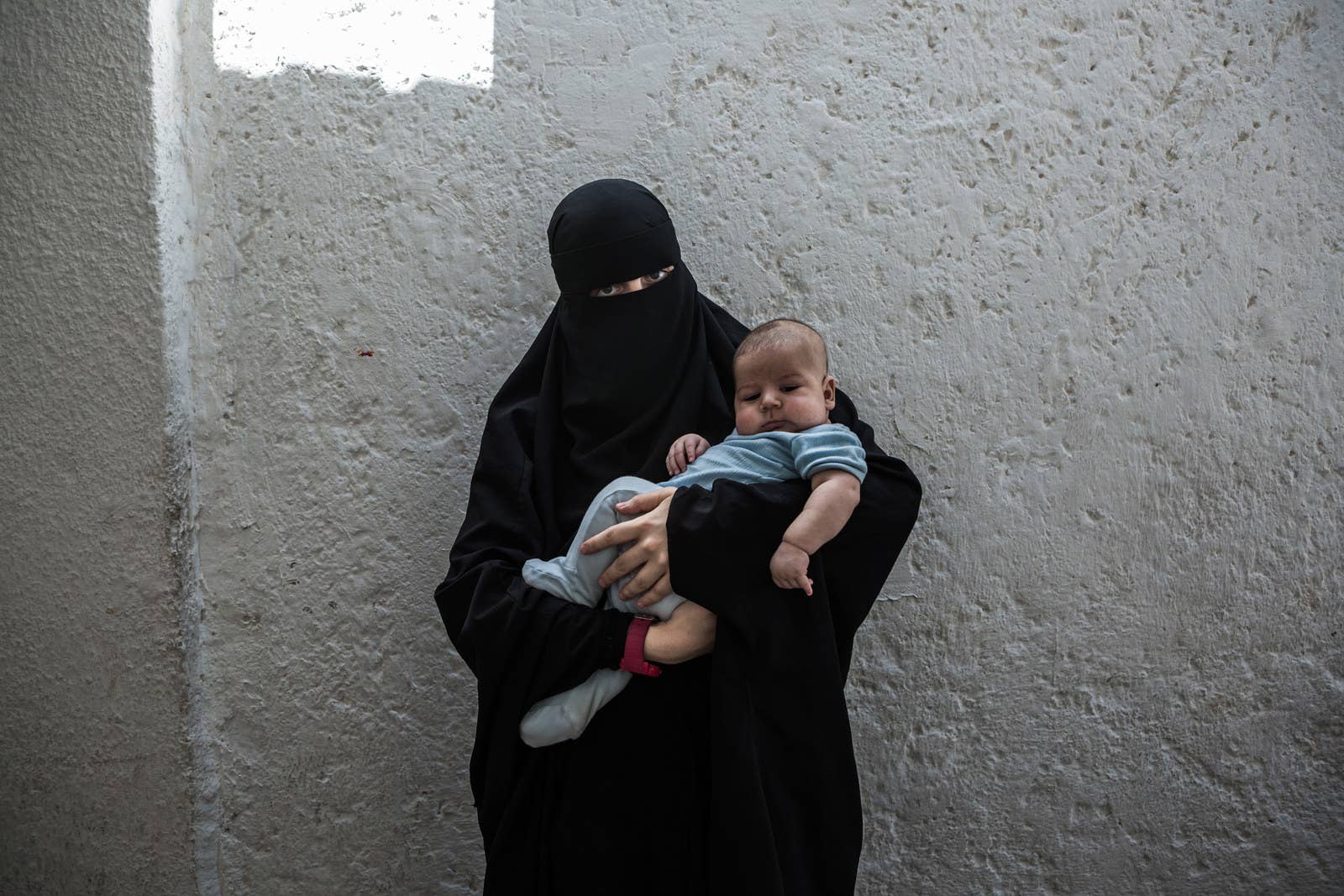 “We were looking for paradise but all we got was hell.”

Source: We Spoke To Women Who Married Into ISIS In Syria. These Are Their Regrets.

The blame game against Iran is not new but it is infantile of the US to keep pointing the finger at Iran when everyone knows that it is Saudi Arabia that is behind groups like ISIS, political analyst and commentator Shabbir Hassanally says.

The founder of the transparency organization WikiLeaks released a statement yesterday upon the release of over 500,000 diplomatic cables dating back to 1979, which succinctly reveals how the CIA was essentially responsible for creating the Islamic State (ISIS) terror group. 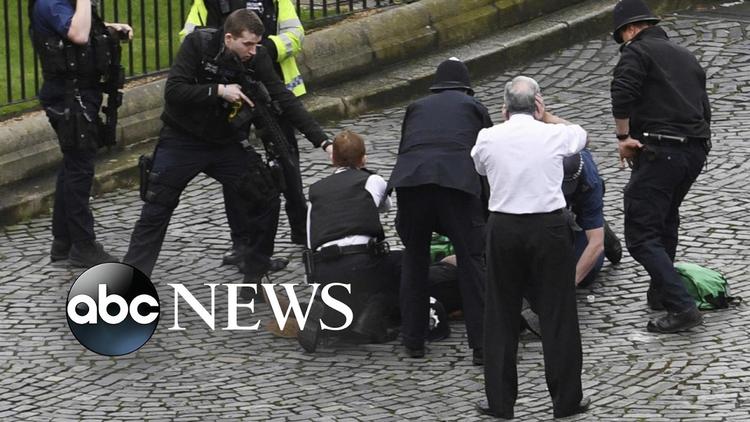 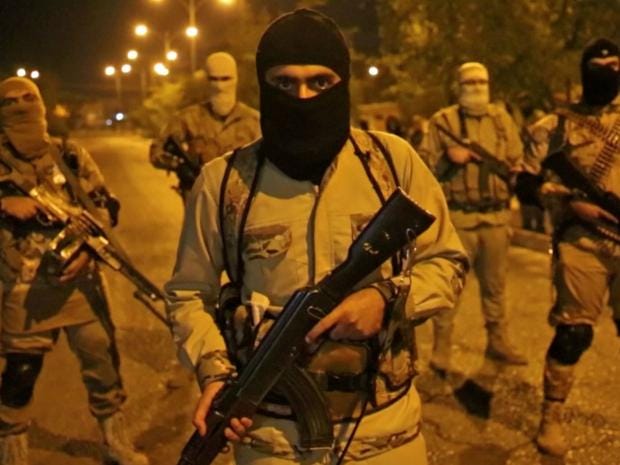 ISIL deserters and the men who helped them escape from Syria reveal testimonies of life and death under the armed group. 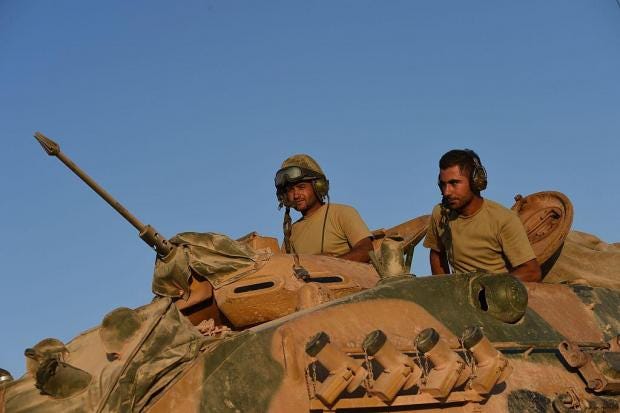 At least 15 Turkish and US-backed Syrian rebels have been killed in fighting as the opposition edges closer towards Dabiq, an Isis village in northern Syria of great importance to the terror group’s ideology. “If matters proceed as planned, within 48 hours we will be in Dabiq,” Ahmed Osman, commander of the Sultan Murad Free Syrian Army (FSA) group, told Reuters on Monday.

Source: Isis prepares for ‘apocalyptic’ battle to defend the village at the heart of its propaganda operation | The Independent

After the death of a British teenager in Syria, mystery surrounds the whereabouts of dozens of women and girls who have joined the so-called Islamic State. Kadiza Sultana’s family were told she was killed in a Russian air strike in May but the two friends she travelled to Raqqa with are reportedly alive.

Source: Isis’ British brides: What we know about the girls and women still in Syria after the death of Kadiza Sultana

The Islamic State is no mere collection of psychopaths. It is a religious group with carefully considered beliefs, among them that it is a key agent of the coming apocalypse. Here’s what that means for its strategy—and for how to stop it. 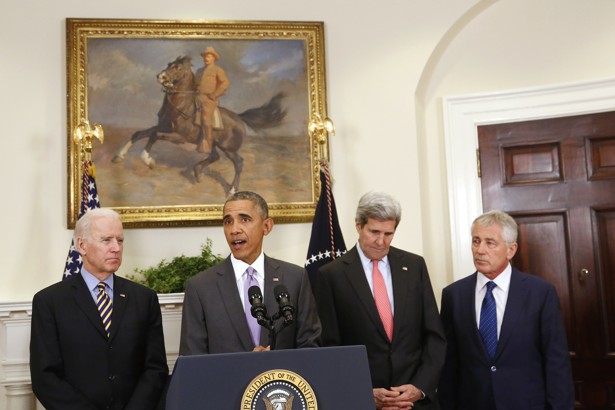 “I have come to the conclusion that there is no military solution to this issue that can be generated by the U.S. But I believe there is a political solution.” How to think about the next war, as we consider getting into it.

Source: On the Impossibility of Fighting ISIS – The Atlantic

As a military helicopter was downed in Syria by Islamic State, resulting in the deaths of two Russian pilots, RT sits down with political analyst Catherine Shakdam, who says that while soldiers die fighting terror, some governments continue pushing for their political agendas.

Source: ISIS downs chopper in Syria: Where do their weapons & intelligence come from? — RT Op-Edge

Islam, as many major religions, already teaches peace as a rule — and the Qur’an states that killing one person would be akin to slaying all of humanity.

Source: ISIS Just Proved It Has Nothing to Do With Islam

Source: You Can’t Understand ISIS If You Don’t Know the History of Wahhabism in Saudi Arabia

Isis has welcomed Britain’s vote to leave the European Union in its Arabic language propaganda newspaper, hailing a “political crisis” and the prospect of referendums in other nations. The article in al-Naba claimed the Brexit “threatens the unity of Crusader Europe”, according to a translation by Shiraz Maher, the deputy director of the International Centre for the Study of Radicalisation. Two years ago, the armies of the group that would soon call itself the Islamic State, a group that already controlled large swathes of territory in Iraq and Syria, entered Mosul, the second city of Iraq. The Iraqi Army, in which the United States had invested, or perhaps wasted, US$25 billion, fled in fear. Shortly after, the group announced the restoration of the Muslim caliphate, which had been dissolved in 1924 by the leader of the Republic of Turkey, Kemal Atatürk.

Source: The mind of the Islamic State: An ideology of savagery | The Monthly

Male, 26, single, quite well-educated but not an expert on the Quran – this is the profile of an average fighter joining Isis. Analysis of thousands of entry documents leaked from the terrorist group has provided vital new insight into the background and expertise of its international jihadists.

Here is a list of the top 10 indications that the ISIS terrorist group was deliberately engineered by the US and Israel to achieve certain geopolitical goals.

Source: Top 10 Indications That ISIS is a US/Israeli Creation | Wake Up World

Explosions ripped through the departure hall of Brussels Airport and the Maalbeek metro station, killing dozens.

By John Vibes at theantimedia.org   It was reported this week that the terrorist group, ISIS, recently mandated U.S. dollars be the legal tender in their occupied territories. From now on, the U.S. dollar will be the only form of currency ISIS accepts for tax payments, fines, and …

Source: The US Dollar Just Became the Official Currency of ISIS AnonHQ

Ben Anderson of VICE gives a chilling report on Da’esh: the events that led to their rise and the situation as of today.

The senior spokesman for US-led operations in Iraq and Syria has emphatically backed Malcolm Turnbull’s call for Europe to “step up” in the fight against the Islamic State terror group and said Australia is at the “very bottom” of the list of nations to do more.

Source: Australia has ‘stepped up’ in fight against Islamic State – European nations must, too: US 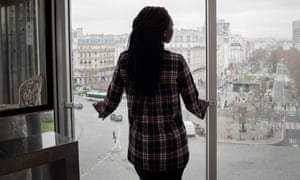 Sophie Kasiki is one of the few women to escape from Raqqa, the stronghold of Islamic State

Source: ‘I went to join Isis in Syria, taking my four-year-old. It was a journey into hell’ | World news | The Guardian

Tom EngelhardtWhy the Islamic State Is the Minor Leagues of Terror

Source: Why the Islamic State Is the Minor Leagues of Terror | Common Dreams | Breaking News & Views for the Progressive Community

Recently, the leading presidential candidate for the Republican Party, Donald Trump told the whole world that Muslims should be barred from entering the United States of America. He based his argument on the actions of radical jihadist groups, especially the self-proclaimed Islamic State of Iraq …

Source: Fight Against ISIS: This Is How You May Ignorantly Be Promoting ISIS’s Agenda In The West AnonHQ There were more airstrikes against ISIS this July 4 weekend. Most politicians agree that ‘war is the answer.’ But here’s an argument that peacebuilding is the only realistic way to defeat ISIS.

Source: Why defeating ISIS with military might is starry eyed idealism

The leader of a popular Jewish supremacist group circulates a new video that puts CCTV footage of stabbing attack to bouncy electronic music and violent, disturbing lyrics. Benzi Gopstein, the head of Lehava, posted a video…

Source: WATCH: How the far-right glorifies killing of Palestinians | +972 Magazine

Force will not wipe out Islamic State because it is a byproduct of a much bigger conflict that needs to be resolved first.

Source: Islamic State is a bit player in a much bigger fight 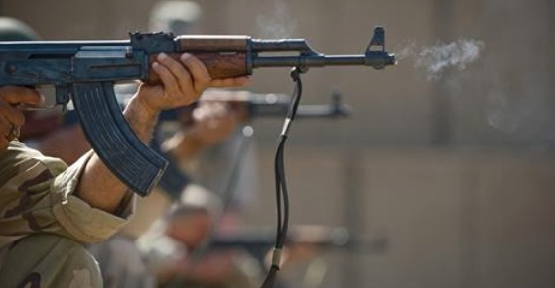 “It’s my deep belief that any actions to the contrary in order to destroy the legitimate government [of Syria] will create a situation which you can witness now in the other countries of the region or in other regions, for instance in Libya, where all the state institutions are disintegrated. We see a similar situation […]

Source: Turkey Just Downed A Russian Plane – Announcing Itself As An Official Partner Of ISIS? | Collective-Evolution When armed insurgents kidnapped the author in Iraq, they interrogated him on building a propaganda machine. A decade later, they became Daesh.

Source: John Martinkus: ‘What my captors wanted to know’ | The Saturday Paper 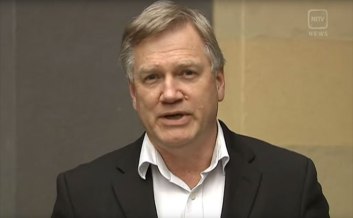 If you want to recruit disaffected Muslims to a war of hate, there’s no more effective way than to get prominent westerners to do the heavy lifting.

Fourteen years ago, immediately after the Al Qaeda terror attacks in the United States on September 11, the French daily Le Monde published a headline that perfectly expressed the sentiments of grief, shock, and solidarity that so many around the world felt at the time: Nous sommes tous Américains  (We are all Americans).

Source: ISIS Wants You to Hate Muslims | The Nation

Source: Confessions of an ISIS Spy – The Daily Beast

They come from Russia, France—even New Jersey—to end their lives for an ‘Islamic State.’ But a defector reveals that Saddam’s old spies hold all the triggers.

Source: How ISIS Picks Its Suicide Bombers – The Daily Beast

Talking to girls. Drinking a beer. A thousand things will get you tortured in the Islamic State. Unless you’re a suspected CIA spy. Then you lose your head.

Motorcycles and minibuses, fake IDs and frantic calls. This is how a former spy and battlefield commander leaves the Islamic State.

Source: ‘How I Escaped From ISIS’ – The Daily Beast