The president is not elected by the people; that power is held by the electoral college. And if its electors decide to go rogue, there’s not much anyone can do.

Election 2020: Could the electoral college keep Trump in the White House?

Mr Incredibility, Clive, did promise, last year, he’d pay 800 former workers at Queensland Nickel’s Townsville Refinery. Three years late. Yet it was the Commonwealth which had to stump up $66m in unpaid entitlements.

“It is the core that is lunatic, not the fringe.” – » The Australian Independent Media Network

The real scandal isn’t that Donald Trump is secretly poor — it’s that our system let such an obvious fraud get so rich.

Dividing working people is a tried and true strategy of our upper economic group and their collaborators. Think president Lyndon Johnson. He opined on the politics of racism to Bill Moyers a young staffer in 1960:

“if you can convince the lowest white man he’s better than the best colored man, he won’t notice you picking his pocket. Hell, give him somebody to look down on and he’ll empty his pocket for you.”

via It’s Still the Economy, Stupid | The Smirking Chimp

By Christian Marx Over the past three decades, the political and sociological narrative has become narrower than ever. Sensible social policies are now trumpeted as “dangerously communist”. The most basic social systems are labelled “hand outs for bludgers”. The Murdoch press is a hateful echo chamber for the intellectually stunted and the shallow thinkers. It…

Source: The system is the problem – » The Australian Independent Media Network 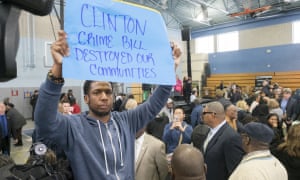 By John Vibes at trueactivist.com   Teacher Wendy Bradshaw pointed out that how the structure of modern schooling is abusive to children, and that children who are labeled as “bad” are many times just having trouble fitting into the rigid structure that is being forced on them. Her …

Source: “The Disorder Is In The System, Not The Children” Teacher Quits With Epic Rant AnonHQ