The state of South Australia is the future. For one hour, on October 11, all of its electricity was generated by solar power, the first time this feat was achieved by any major jurisdiction in the world. So reports Richard Davies of the Australian Broadcasting Corporation. October is a spring month in Australia.

South Australia first to be 100% Solar-Powered, as Solar becomes Cheapest form of Energy 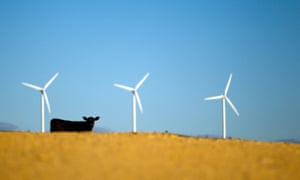 The most surprising of those developments may be the South Australia achievement, which shows that since the closure of the Hazelwood brown coal generator in Victoria in March 2017, South Australia has become a net exporter of electricity, in net annualised terms.
Advertisement

Hugh Saddler, lead author of the study, notes that this is a big change for South Australia, which in 1999 and 2000, when it had only gas and local coal, used to import 30% of its electricity demand.

The fact that wholesale prices in South Australia were higher in other states – then, as they are now – has nothing to with wind and solar, but the fact that it has no low-cost conventional source and a peaky demand profile (then and now).

“The difference today is that the state is now taking advantage of its abundant resources of wind and solar radiation, and the new technologies which have made them the lowest cost sources of new generation, to supply much of its electricity requirements,” Saddler writes. Tesla’s new battery will be big enough to power thousands of homes, but it’s likely to be just the first of many such installations.

Tesla’s Elon Musk is promising big battery storage will be in place by SA’s summer, but what exactly is it and how will it be used?

Source: Tesla to supply world’s biggest battery for SA, but what is it and how will it work? – ABC News (Australian Broadcasting Corporation)