According to the FBI, a former GA sheriff’s deputy bragged in text messages with members of an alleged extremist group that he planned to charge Black Georgians with felonies to keep them from voting. He also bragged to the group that he beat a Black man who was in custody, but the incident apparently never happened. Via the Belleville News-Democrat: 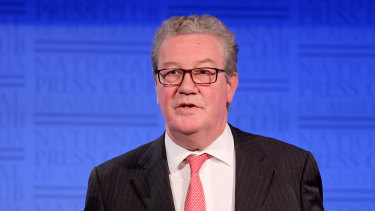 First the FBI now the CIA any Independant arm of government is a danger to this President why? Because they alone threaten his image and spin. (ODT) 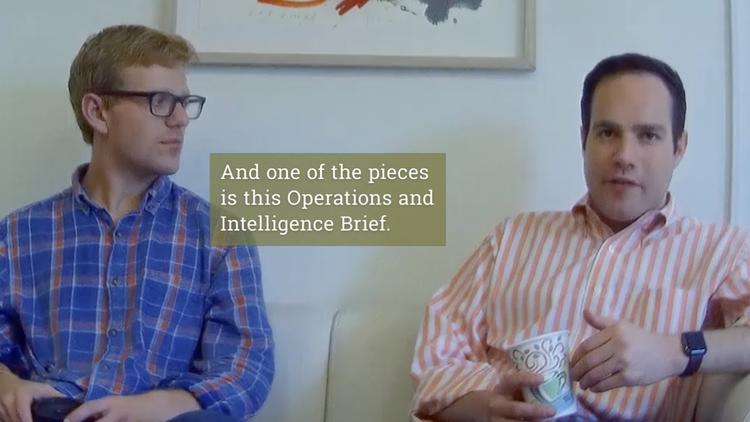 The reason that the story was broken to Lipmann by three intelligence insiders is that they were disturbed that the Trump administration was apprised of their findings and did absolutely nothing about them. Trump is alleged to have said that he didn’t believe the Israelis are spying on him. That makes you wonder what they might have on him from having spied on him.

via FBI Director: No Evidence Trump Was Being ‘Spied On’ | Crooks and Liars 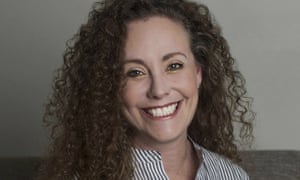 Democrats urged the FBI to investigate Swetnick’s claims and voiced concern that the White House may be narrowing the scope of the agency’s work.

“I’m very concerned about this because the White House should not be allowed to micromanage an FBI investigation,” Amy Klobuchar of Minnesota, who sits on the judiciary committee, told CNN.

She added: “I think she [Swetnick] has to be interviewed by the FBI. I haven’t met her. I believe in due process, she did sign an affidavit.”

Just 24 hours after caving to pressure from the Senate and requesting an FBI probe into the sexual assault allegations against his Supreme Court pick Brett Kavanaugh, President Donald Trump is reportedly already working to impose strict limitations on the scope of the investigation—a move that has been denounced as a flagrant attempt to further rig the process in Kavanaugh’s favor.

via ‘This Is a Farce, Not an Investigation’: Trump Accused of Rigging FBI’s Kavanaugh Probe By Imposing ‘Outrageous’ Limits

US President Donald Trump says an FBI raid on the offices and home of his personal lawyer Michael Cohen is “an attack on our country”.

He said the search warrants were executed by the office of the US Attorney for Southern District of New York but they were “in part” related to special counsel Robert Mueller’s investigation. 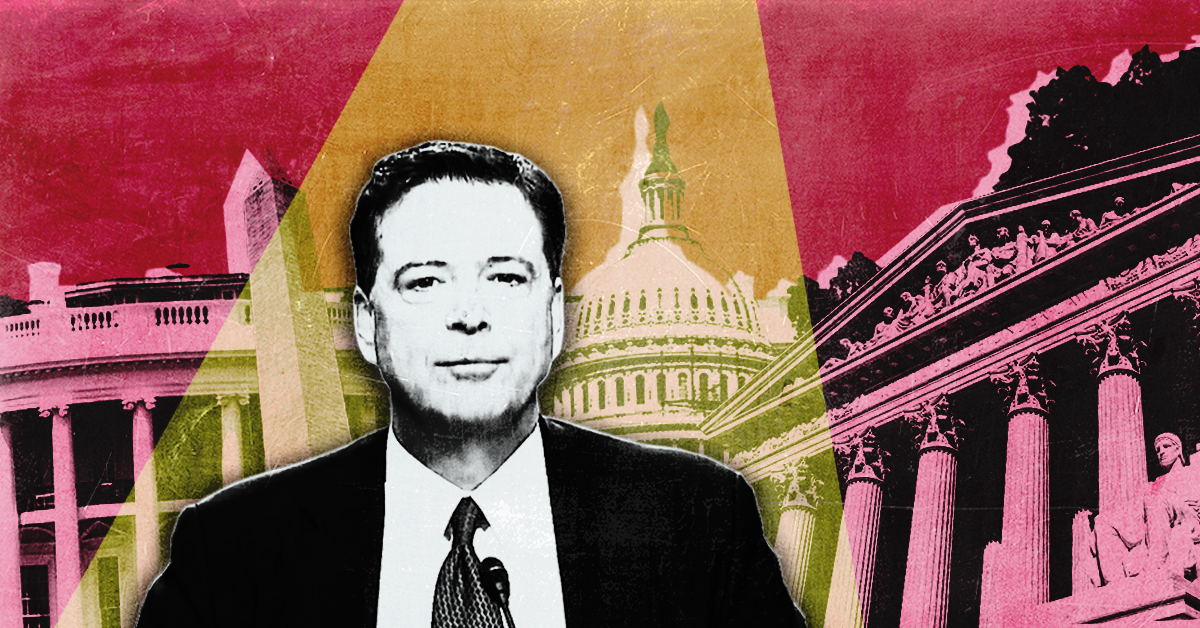 Source: FBI Concedes It May Never Identify Which Trump Staffer Didn’t Consult With Russians During Election – The Shovel

The president’s Friday outburst is only the latest in a flurry of assaults against U.S. intelligence.

Source: Donald Trump Is Once Again Going To War Against His Own Intelligence Agencies 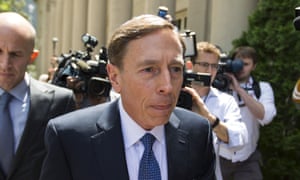 Retired general called for more aggression towards Isis, as ex-CIA chief David Petraeus reportedly in race for secretary of state

The unwelcome return of Carlos Danger.

So called “terrorist” attacks have been taking place on the planet for decades, the most memorable one being 9/11. Almost 15 years later, that one “terrorist” attack has served as a massive awakening tool for the human race, allowing us to see through the veil that’s been blinding the masses for so long, but we […]

BOSTON – (CT&P) – Officials revealed this week that the Islamic State terror group has a foothold in all 50 states as it continues to target disaffected Americans through its torrent of online propaganda and slick videos of barbaric beheadings and mutilations.

The FBI has reportedly set up command centers in each of its 56 field offices in case extremists try to mark the July 4 weekend by unleashing similar carnage here in the U.S. American ISIS ‘recruits’ to date have included schoolgirls, a young nurse, a homophobic bakery manager and part-time florist and even a National Guard soldier who hatched a plan to gun down 120 of his own colleagues.

FBI agents have made at least 30 arrests on US soil this year as they try to combat the murderous reach of ISIS and its batshit crazy religious kook followers.

Some have conspired to travel or send friends abroad to link up with fundamentalist fighters while others have plotted jihad here in the US – with Capitol Hill among the targets for a foiled bombing raid.

Gunmen Elton Simpson, 30, and Nadir Soofi, 34, came perilously close on May 4 when they were shot dead while trying to storm a controversial ‘Draw Mohammed’ event in Garland, Texas.

Another young fanatic, Usaamah Rahim, 26, was killed last month as he lunged at police with a knife in Boston’s Roslindale neighborhood. He was allegedly plotting to decapitate controversial anti-Islam activist Pamela Geller, the organizer of the same controversial Texas event.

“Ms Geller was never in any real danger from Rahim,” said Zimbalist. “To get close enough to cut her head off Rahim would have had to look at her face, and he would have been instantly turned to stone, thus stopping the attack in its tracks.

“For example, the last Islamic State sniper that took aim at Ms Geller was found on a rooftop 300 yards from her home while still holding his 30.06. He had been transformed into a granite statue. I think the plan is to place him on the National Mall so he can serve as a reminder as to what happens when these fucked up kooks try to take out someone as obnoxious as Ms Geller.

No one really knows why Geller’s face has such an extreme effect on people who view her up close, but scientists postulate that the burning hatred she has of anything non-Geller may have something to do with it.

The phenomenon first came to light in 2007, when her husband Michael Oshry, a used car dealer specializing in organized crime, was found dead in their home. The official story was he had died of a heart attack but anonymous sources told Fox News that he had been turned into an igneous rock formation while taking a shower.

“We’re more concerned with someone using explosives against Ms Geller,” said Zimbalist. “The bitch is just too noxious for anyone to actually get close enough to use any hand-held weapons against her.”

Zimbalist said that more arrests may be made over the holiday weekend, and advised U.S. citizens to exercise “extreme caution” as they go about their business consuming pork products and watching things explode.

SOME NASTY ASS CAVE IN THE DESERT – (CT&P) – On Tuesday, ISIS took to its radio station, WKIL,  to boast that the bumbling idiots who attacked the Muhammad Art Exhibit and Cartoon Contest in Garland, Texas, on Sunday night were “two soldiers of the caliphate.” The claim, which has not yet been verified by any American officials, is the first attack on American soil for which the terror group has taken responsibility, but ISIS vowed it would not be the last.

During his morning drive-time program, Abdul-Aziz Asad Bouhtros Boutros Boutros Boutros Haddad Skyhook (which roughly translates to “he who lusts after young female goats”) read a statement from the Islamic State Parks and Recreation Board that said that ISIS had recruited hundreds of disaffected young Muslims throughout the United States and would use these human time bombs to “bring America to its knees” like a “camel in heat.”

“We tell America that what is coming will be even bigger and more bitter, and that you will see the soldiers of the Islamic State do terrible things. We have already ruined your economy by creating income inequality, we are responsible for the ongoing destruction of the polar ice caps, our agents within the police force and black community are burning your cities to the ground, and all this is just the beginning!” said Skyhook as foamed at the mouth.

“We have young, ideologically pure soldiers of the caliphate in place in all of your elementary and middle schools, and we are set to unleash them at any time! Prepare for the ‘Mother of All Class Disruptions!’ You vile infidels will reap the reward for your imperialist invasions, the theft of our blessed and merciful fossils fuels, and your fucking fast food franchises now dotting the Middle East. Die Great Satan!”

Skyhook then had to cut to traffic to report an overturned camel on the road to Mecca.

Federal investigators have yet to confirm that the two men who conducted the attack in Garland have any connections to ISIS, Al-Qaeda, or one of the gazillion half-ass terrorist splinter groups trying to earn brownie points by murdering defenseless civilians.

“At this time we have no reason to believe that these two clowns had any connections to anything other than Twitter and Facebook,” said FBI Special Agent Efrem Zimbalist III. “About the only thing they had in common was a low IQ and an inability to plan even the simplest terrorist attack. Hell, they barely even got out of their fucking car before they were turned into Swiss cheese,” chuckled Zimbalist.

When asked about the claims made by the Islamic State Parks and Recreation Board on WKIL, Zimbalist told journalists that he wasn’t overly concerned.

“You have to remember who we’re dealing with here. Neanderthals would score higher on the SAT. So don’t worry; these imbeciles couldn’t find their asses with both hands,” said Zimbalist.