”Only when the tide goes out do you discover who’s been swimming naked.” So said Warren Buffett. And the tide has ebbed on the Coalition’s claim to be superior economic managers. Exposed by its bungled response to the pandemic, both in the provision of health protections and economic safety nets, the government has proved Buffett’s aphorism. Alan Austin crunches the numbers.

Source: Eight years in, how do our Coalition economic management gurus measure up? – Michael West Media

An important step in the battle between corporate tax lawyers constant innovations around Australia’s tax regulations. The report also reveals that roughly a third of all the companies analysed have paid zero tax, a metric consistent with previous years and one which Saint did not think would change substantially, even leading into the 2020-21 pandemic year.

While the Pandemic shellacked many businesses, the $90bn in JobKeeper subsidies propped many of them up, and some $20bn of it was wasted on companies which enjoyed rising revenues. Another $20bn went to corporations which did not need it, much was spent of executive bonuses and dividends to shareholders.

This time next year will will get a better idea of whether the corporate culprits which snaffled the massive JobKeeper subsidies paid their fair share of tax.

Australia faces an intensifying risk of global investors divesting bonds or equity if we don’t join other nations in making a net zero emissions commitment for 2050, the Reserve Bank has warned.

Exposure will not weary them, nor shame condemn – the giant pork barrel that is the federal government’s web of grants and rorts rolls on regardless. With the stench of the “#carporks” still fresh, the latest instalment from grant corruption central is Round Five of the Building Better Regions Fund – $300 million worth of political largesse hopelessly skewered towards electorates held by the coalition and independents. Spreadsheet sleuth Vince O’Grady analysed the $294 million “infrastructure projects stream” to find funds were allocated according to form – 16 per cent to Labor electorates, 11 per cent to seats held by independents and 73 per cent to Coalition seats. 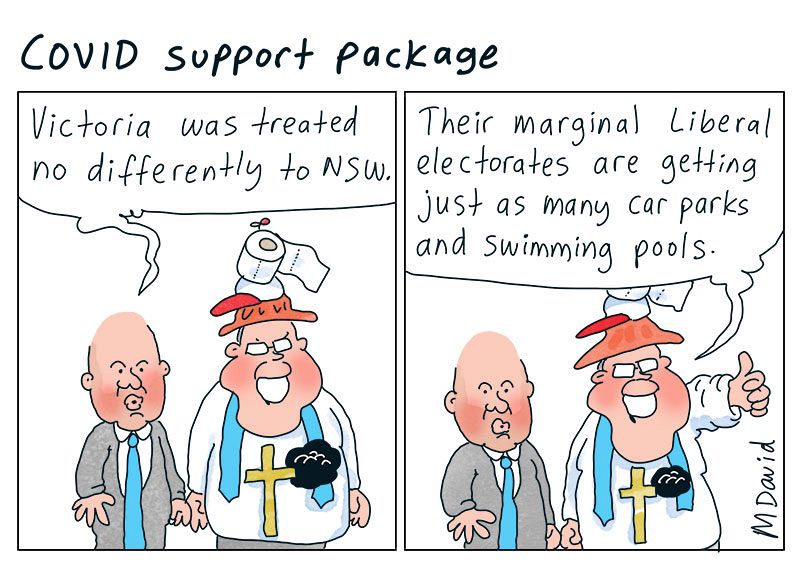 The Morrison years have been appalling for Australian workers. Alan Austin reveals the actual state of employment — because the mainstream media refuses to do so.

Revelations of rampant cheating at KPMG echo the broader decay in culture at the top of business in Australia; at the Big Four firms which advise both our largest corporations and government, indeed the firms to which government itself is being outsourced. Michael West speaks with Jeffrey Knapp.

In the end, the economy is a man-made construct. It can be changed. The laws of nature, however, cannot. It would be tragic to look back and think we gave it all up because we weren’t brave enough to challenge the insane notion of endless growth on a finite planet with the urgency it deserves.

Source: Degrowth economy: The climate solution no one is talking about

Australia will be paying nearly $1 billion to a privatised company providing pharmaceutical products that were developed when we owned it, writes Professor John Quiggin.

Paying for what we used to own: The strange case of CSL

Overall the share of American income from wages and salaries fell significantly, from almost 71% in 2016 to less than 68% in 2018. There’s one more enlightening and perhaps infuriating detail. The number of households making $1 million or more but paying no income taxes soared 41% under the new Trump tax law. Under Obama, there were just 394 such households. With Trump, this grew to 556 households making on average $3.5 million without contributing one cent to our government. Again, Trump seems to have forgotten all about the Forgotten Man. But he’s busy doing all he can to help the rich, then stick you with their tax bills.

New Zealand’s government recently put more than NZ$160 million towards developing a domestic recycling sector to create jobs as part of its economic recovery from the COVID-19 pandemic. 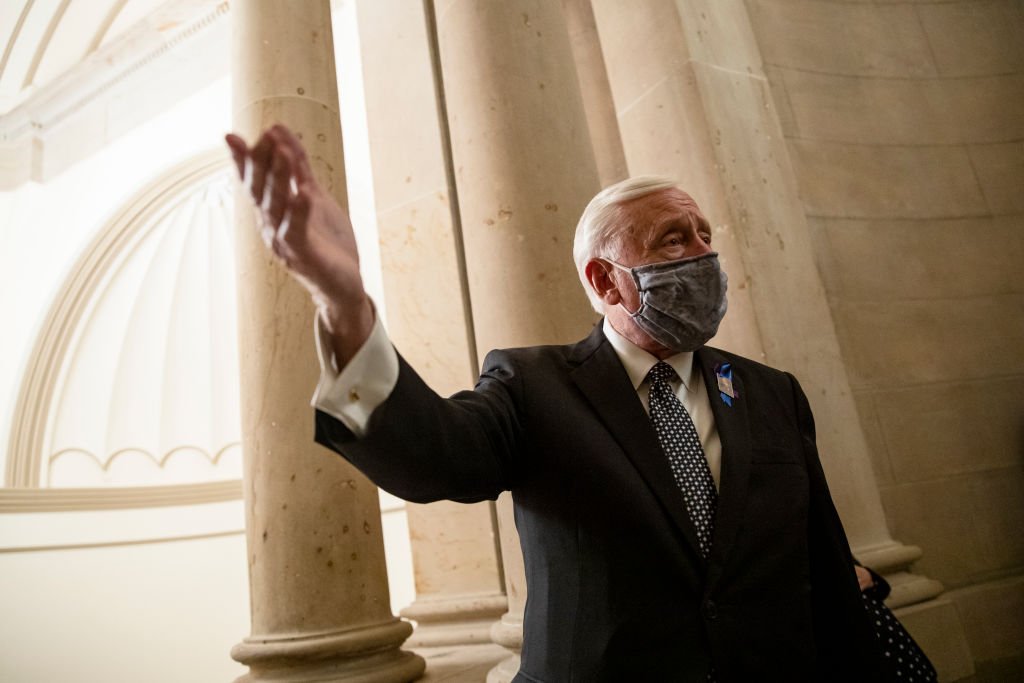 One noisy theme in the Donald Trump Disruption Show in an otherwise chaotic assemblage of messages has remained fairly constant: winding back US troop commitments. The US has fought its complement of wars, bloodied and bloodying. Time to up stakes and head home. It was a message that sold in 2016 across the aisles of politics, and it is one that continues to resonate. But the practice of it has proven murkier. Nothing this president does can be otherwise. The US military complex remains sprawling, overweight and defiant. As a result, the military footprint has been not so much dissipated as readjusted.

via Pulling out of Germany: Trump Adjusts the Military Furniture – » The Australian Independent Media Network

Dr Steven Hail believes that government spending can save the economy from serious recession in the wake of Covid-19.

via Modern monetary theory, COVID-19 and the economy 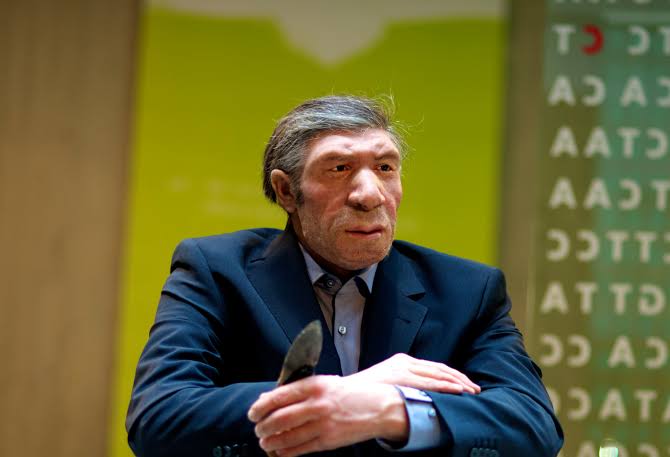 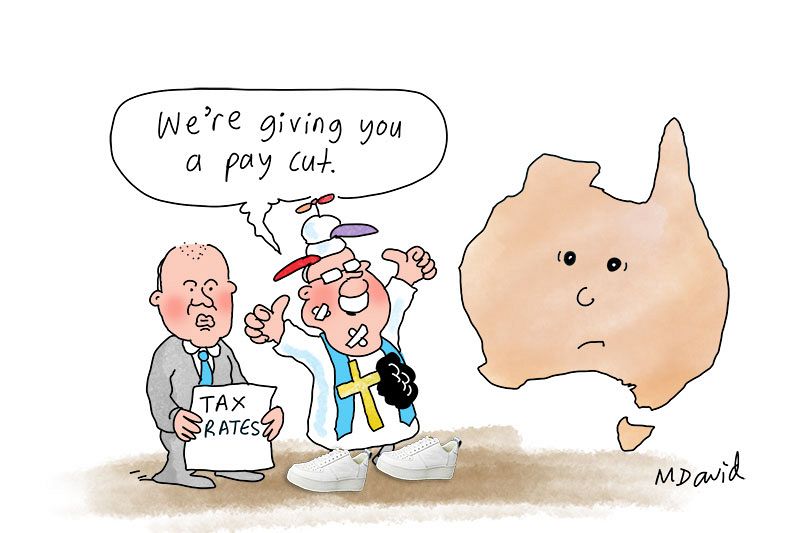 Why? Because Australian citizens no longer have the discretionary spending power they have long enjoyed. That this is happening during an extraordinary worldwide boom in investment, jobs, growth and profits is a damning indictment of the Morrison Government’s economic management. Another one.

via Retailers also thrown on the Coalition’s scrapheap How can the ALP regain control of the message proven by the facts since GFC? (ODT)

The Liberal Party, its ideological ally the IPA and Rupert Murdoch’s News Corp have done a remarkable job of pushing the false narrative of superior Liberal economic management. The Labor Party has invited submissions to its 2019 campaign review. Alan Austin, offers a solution.

The truth about Labor’s economic management

An impressive global consensus exists that Australia’s Rudd and Gillard Governments generated the best-performed economy the world had ever seen More than 130 economists, other academics and global leaders are on the record affirming Australia handled the global financial crisis (GFC) better than any other administration.

That list includes the 66 who signed an open letter in August 2010 supporting Kevin Rudd’s stimulus program. It does not include finance ministers around the world who in 2011 voted Wayne Swan the world’s best treasurer.

Why voters believe the opposite

As argued elsewhere, three powerful organisations systematically falsify the record on Australia’s economy and have been remarkably successful in duping voters. These are the Liberal Party, the Institute of Public Affairs and Rupert Murdoch’s News Corporation. There are others, but none with the resources and reach of these three.

via Propaganda Prescription: how Australia can get its economic mojo back – Michael West Morrison seems to be on a different page to the experts. In 6 years the managed to double our debt that took almost a Century to build. (ODT)

Economic truth the LNP don’t want you to know and Trump hides wit the help of Murdoch. Our current economic reality and comparitive standing in the world today. Just over 5years ago Wayne Swann and Julia Gillard had us place 2nd today the the Abbott/Turnbull/Morrison Government has us 20th telling us how ‘grear‘ that is and all Australians have benefited from their boom time.(ODT)

The Turnbull government has hoovered up more than $2 billion in inactive superannuation accounts and claimed the revenue as its own, saying it does not trust the superannuation industry to reunite the accounts of millions of Australian workers.

via Super accounts used by Turnbull government to boost budget