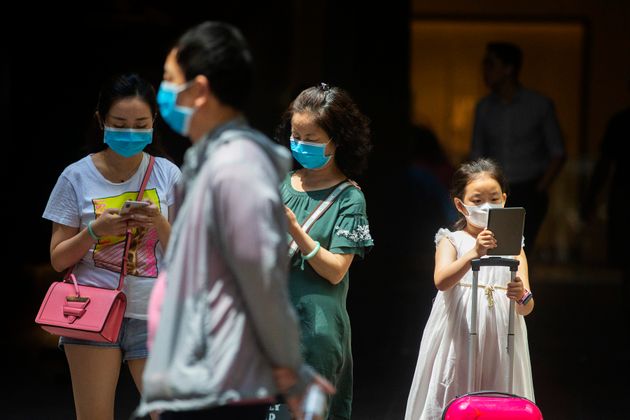 Back to the days of cutting pigtails and yelling Two Wongs don’t make a White. We haven’t moved very far. (ODT)

Racial remarks, misinformation and fearmongering in workplaces, on public transport, and on social media. 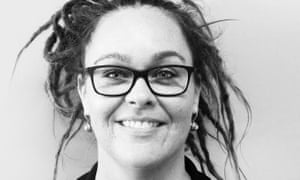 via It’s black and white: racism in Australia is common and accepted | Marni Tuala for IndigenousX | Opinion | The Guardian 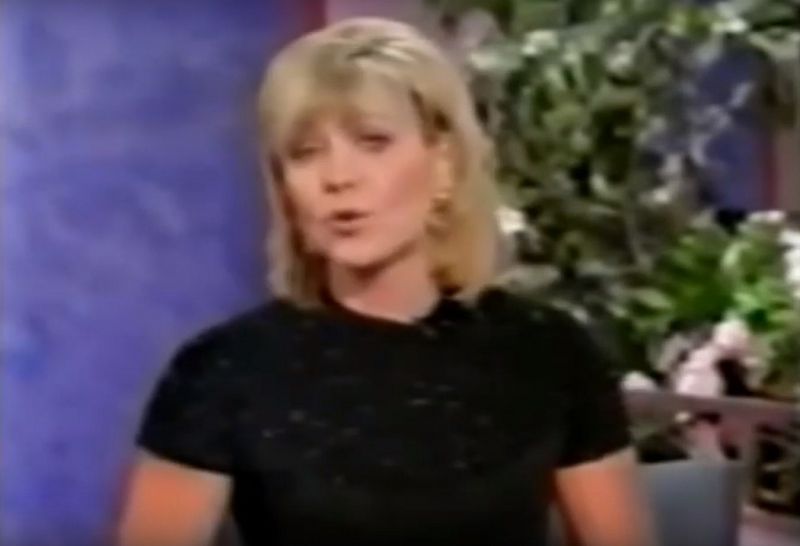 Yes, how could we go past Kerri-Anne Kennerley calling activists protesting the date for Australia Day as paedophile enablers, also winning racist of the week at very the same time. Great work KAK!

via VIDEO: Bloody Idiot of the Week — Episode 03: What a load of KAK!

It is distressing for many of us having to deal with the anti-Muslim, anti-refugee and anti-immigrant propaganda striking us in social media, and in the corporate press, particularly the Murdoch-controlled media.

That a section of our political leadership joins in these attacks is also a cause of distress.

The fact that the current Prime Minister Scott Morrison, in Liberal Party talks in 2011, urged the shadow cabinet to use the growing concerns about “Muslim immigration”, “Muslims in Australia” and the “inability” of Muslim migrants to integrate as part of its election strategy, still worries our community.

While this is not yet the dominant picture in this country, the example of the Trump Administration and the Brexit campaign in the UK indicate what could be the result.

Although these outdated and disproven racist theories have been expelled from scientific discourse, they still raise their heads in political discourse and amongst the less literate of the public.

via The legacy of eugenics and racism 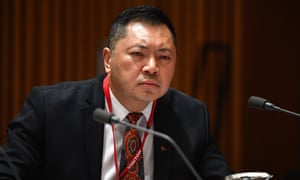 Racism means people experience citizenship differently. It means opportunities and capacities are not equally available to every citizen and egalitarian justice, the idea of a “fair go” for everyone, doesn’t work as it’s intended.

Racism divides societies and fractures the idea of common nationhood. It helps explain why some people don’t get a fair go at school, for example.

via Racism, citizenship and schooling: why we still have some way to go 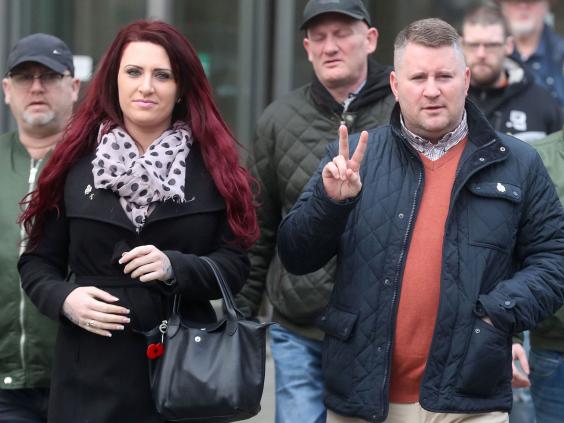 The leaders of far-right extremist group Britain First have been jailed for anti-Muslim hate crimes after targeting people they incorrectly believed were involved in an ongoing rape trial. 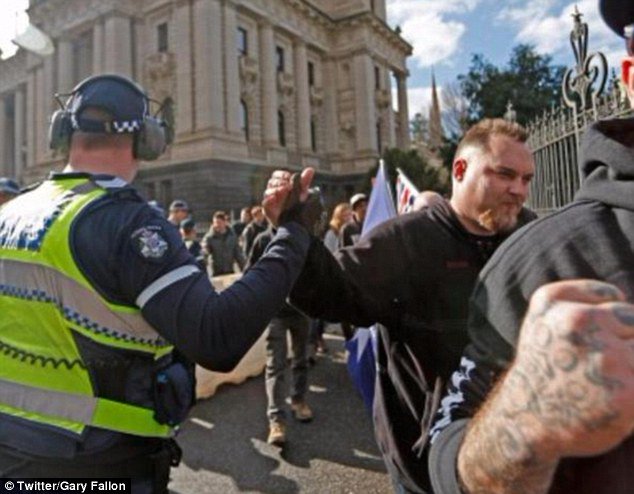 No-one should be surprised racism is embedded in police culture around the country, writes Nish Morris.

If you don’t understand (or believe in) structural white supremacy, consider that when people of colour and First Nations people have filed complaints about police harassment, targeting and abuse THIS FUCKING GUY has been overseeing the cases.

And if that’s not bad enough, then people get to throw around the blatantly misleading misconduct stats to – again – deny the prevalence of racism in our criminal justice system.

On Monday The Age revealed that former top cop Brett Guerin had a habit of posting gratuitously racist commentary on social media under the pseudonym ‘Vernon Demerest’.

Here is a taste, and just a warning that this is seriously disturbing stuff.

via The Verdict Is In – The Case Of Copper Brett Guerin Is Structural Racism, Pure And Simple – New Matilda When people say that reverse racism doesn’t exist, what they’re trying to say (I think) is not that Aboriginal people aren’t capable or guilty of racial slurs and profiling, but; that the systematic racism, entrenched societal racism and institutionalized racism that favours white history, values, perspectives and experiences are not levels of racism generally experienced by white people. Protesters have faced a wall of police in front of a Melbourne court ahead of the appearance of the leader of a far-right group accused of offending Muslims during a rally against a mosque.

By Nader Galil “My name is Nader and I am a racist*!” (think alcoholics anonymous)! I am also a cheat, a liar, I’m selfish and I’m a hypocrite. These are essentially ordinary human traits that lay within us all to varying degrees. Although we’re inaccurately taught to see these as defining personality characteristics, it is…

Source: I am a Racist – Live with it! – » The Australian Independent Media Network

Source: We’re Living in a Racial Caste System Designed to Divide Us, Benefiting No One But the 1%

Jesse Williams left audience members in tears while giving a moving acceptance speech at the 2016 BET Awards. Williams, who’s best known for his role as Dr. Jackson Avery in Grey’s Anatomy and for his outspoken activism, received the Humanitarian Award on Sunday and slammed the unfair treatment of black folks across the United States.

Source: Watch Jesse Williams give a powerful speech on racism in America at the BET Awards | People | News | The Independent

The Melbourne suburb of Coburg became a no-go zone for residents on Saturday as rival protest groups clashed on the streets.

Source: The anti-racism rally that brought Nazis to the streets of Coburg

“Racism is at the root of the Australian dream.”….Not to be missed!!!!

David Jones has defied the wrath of racist “booers” and delivered itself an extraordinary marketing coup by appointing retired Sydney Swans star Adam Goodes to be its brand ambassador. 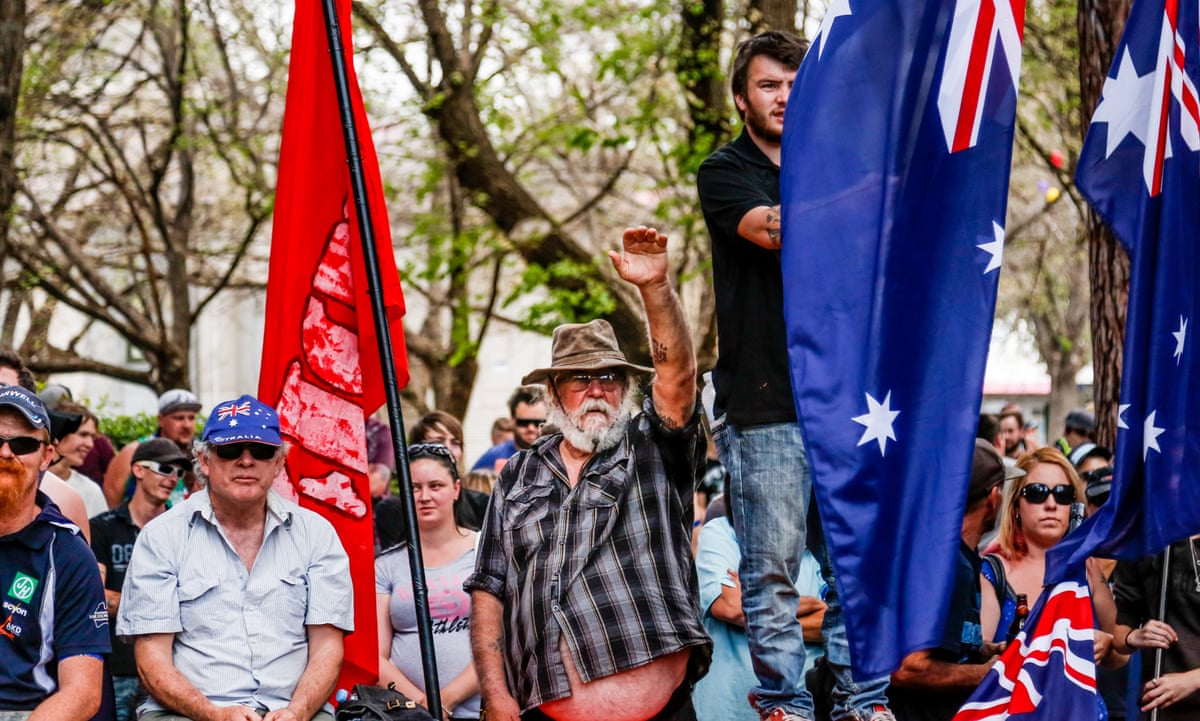 Many Australians are tolerant and abhor open bigotry. So why can’t multiculturalism explain the grind of official racism?

Source: Racism gets hot in Bendigo but elites serve it cold to migrants every day | Jason WIlson | Comment is free | The Guardian