Virtually every bit of “evidence” that Jeffrey cites is either false or inflated, to include the claim of use of chemical weapons and the responsibility for the refugees. As for who actually created the terrorists, that honor goes to the United States, which accomplished that when it invaded Iraq and destroyed its government before following up by undermining Syria. And, by the way, someone should point out to Jeffrey that Russia and Iran are in Syria as allies of its legitimate government.

Ambassador James Jeffrey maintains that “Russia needs to change its policies.” That is not correct. It is the United States that must change its policies by getting out of Syria and Iraq for starters while also stopping the deference to feckless “allies” Israel and Saudi Arabia that has produced a debilitating cold war against both Iran and Russia. Another good first step to make the U.S. a “normal, decent country” would be to get rid of the advice of people like James Jeffrey.

via Explaining Syria, by Philip Giraldi – The Unz Review

The Washington Post reported over a year ago that the CIA had concluded, on evidence that included intercepted phone calls, that Saudi Crown Prince Mohammed Bin Salman ordered the killing. His close friendship with Donald Trump’s son-in-law and senior adviser, Jared Kushner has certainly contributed to the impunity he has so far enjoyed. One way to punish Saudi Arabia is through sanctions and denial of military aid — options that were open until just last week, when Congress passed, and sent to the White House for Trump’s signature, the $738 billion 2020 National Defense Authorization Act. Sen. Bernie Sanders and California Democratic Congressman Ro Khanna issued a joint statement calling the NDAA “a bill of astonishing moral cowardice,” in part for failing to deny aid to Saudi Arabia. 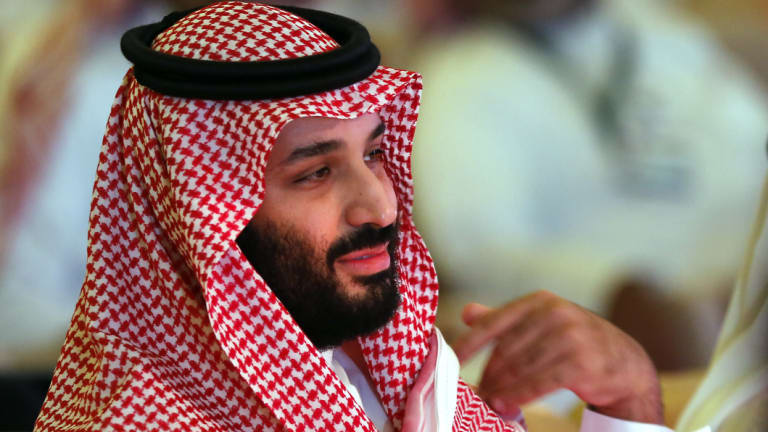 US President Donald Trump has signalled his administration will not seek any further sanctions against Saudi Arabia following the murder of journalist Jamal Khashoggi in Istanbul last month.

Trump, instead, said his top priority is preserving America’s “steadfast” alliance with the kingdom.

via Trump stands behind Saudi Arabia after killing of Jamal Khashoggi

“It’s not surprising at all, but there is something extra evil about ordering the death of a bunch of people who tortured and murdered a dissident on your orders while you pretend you had nothing to do with it.”

In his first comment on the killing of Saudi journalist Jamal Khashoggi, Israeli Prime Minister Benjamin Netanyahu described the murder as “horrendous” but defended the Saudi royal family and described its members as “friends”. 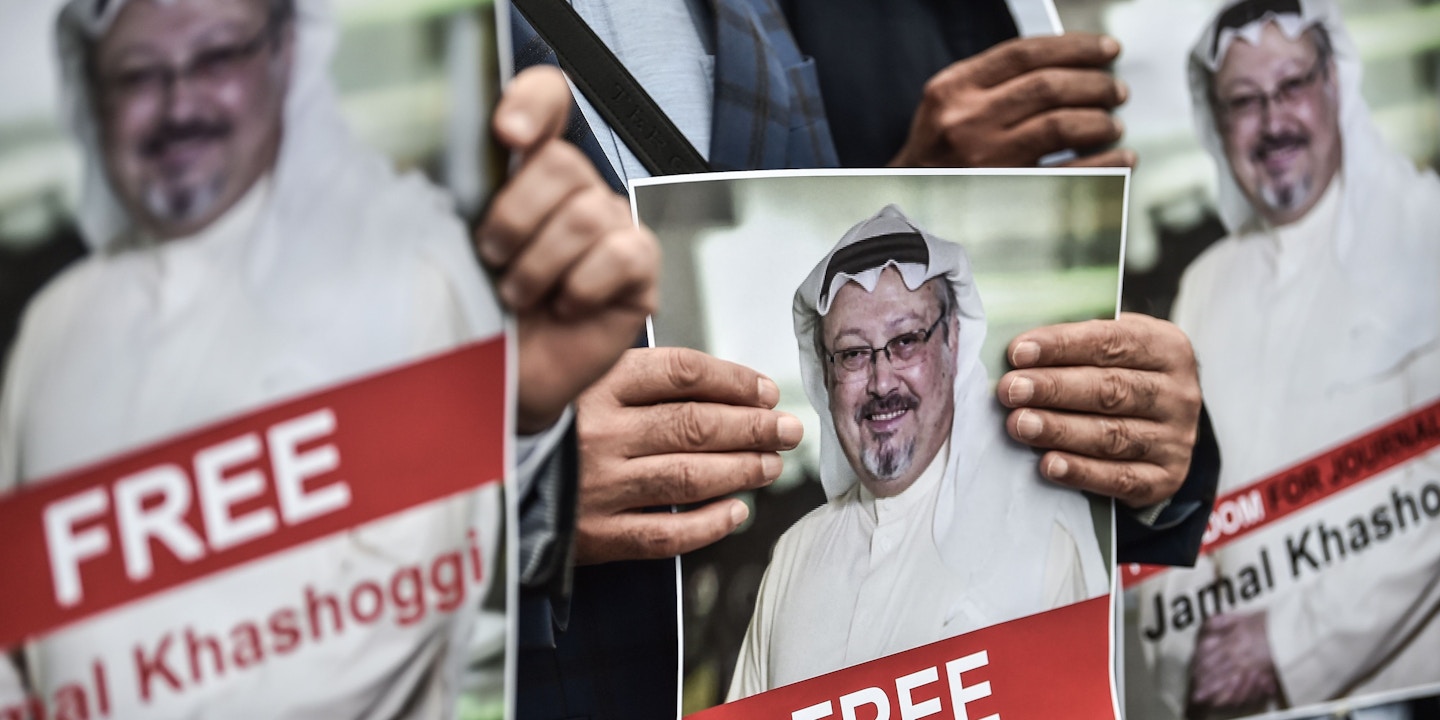 Saudis have learnt from Trump and Fox News just yell “fake news” hard and for long enough and a good bit of policing and you will get the support of your people and some from outside as well. After all Trump is onside. (ODT)

In Saudi Arabia, major media outlets have cast the disappearance and apparent murder of Saudi dissident and Washington Post journalist Jamal Khashoggi as a foreign conspiracy to denigrate the image of the kingdom. The media accounts, which come from outlets run with the backing of Saudi Arabia and other Persian Gulf monarchies, are spinning the coverage of Khashoggi’s disappearance as a plot by rival governments and political groups to hurt the kingdom — going so far as to make false claims about the Washington Post’s owners. 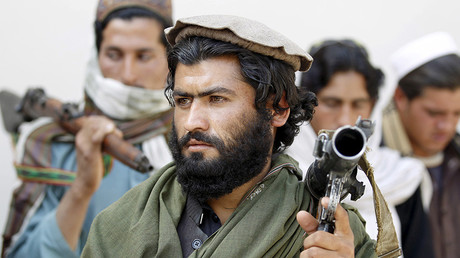 As the US influence in the Middle East wanes, it increasingly associates itself with dictatorships like Saudi Arabia, whose “dark face” and “role in supporting terrorism is known to everyone in the region,” a high ranking Iranian Revolutionary Guard official told RT. “It was a great day,” Trump said. He cited “tremendous investments in the United States … and jobs, jobs, jobs.”

Islamic State has been able to infiltrate Saudi Arabia through digital recruiting, and it has found devotees willing to kill fellow Sunnis, as well as Shiites, to destabilise the monarchy.

Source: Islamic State incites Saudis to kill their own relatives

We cannot defeat IS without defeating Wahhabi theology. And that means spending just as much effort defending liberal ideas.

The West should take the horrific occasion of the Paris attacks to reconsider its acquiescence in Saudi priorities for Syria and the Middle East. From the vantage point of Riyadh, the great danger emanating from the Middle East is the spread of Iranian influence.

Source: France Should Stop Listening to Saudi Arabia on Syria | The Nation

Abd al-Wahhab argued that all Muslims must individually pledge their allegiance to a single Muslim leader (a Caliph, if there were one). Those who would not conform to this view should be killed, their wives and daughters violated, and their possessions confiscated, he wrote. The list of apostates meriting death included the Shia, Sufis and other Muslim denominations, whom Abd al-Wahhab did not consider to be Muslim at all. There is nothing here that separates Wahhabism from ISIS.

Source: You Can’t Understand ISIS If You Don’t Know the History of Wahhabism in Saudi Arabia | Alastair Crooke

Is it possible to break taboos through laughter in Islamic societies? – Your Middle East.

‘Forgive me if I see Tony Abbott’s trumped up fear and warmongering for what it is — the last ditch attempts of an unpopular prime minister to gain some support in a country that is sick of his political posturing. It’s the George Dubya Bush school of crisis management — concoct a war, ramp up the terror and let fear and loathing for the unseen enemy unite the country behind he who so bravely leads the charge.’ Sophie Love

And because we are so isolated in our own homes, cars, and offices, it is easy to convince the vast majority that there is a terrible terror threat ‘out there’. That we are under attack.

That “they hate us” and want to bring us down.  In February 2003. Over a million people  could see that Bush and Blair’s considered oratory and fear mongering was a web of lies, masking simpler and more sinister political and private industry needs. The same people are falling for the LNP spin and rhetoric. Have we learned nothing?

Wake up, my friends, this is just the last ditch efforts of a floundering government to win friends and influence people. Don’t be a patsy to their political bravado. Watch what the other hand is doing. Sophie Love

ISIS are a long way from here. Quite frankly we have more to fear crossing the road or driving our cars. The current Government seems to want to close our open and generous hearts with all the rhetoric about the threat to our shores, the terror threat, the budget emergency… fear and loathing in Australia.

The Australia I chose 27 years ago was one of hope, open hearts, open minds and welcoming arms. Please don’t change… Sophie Love 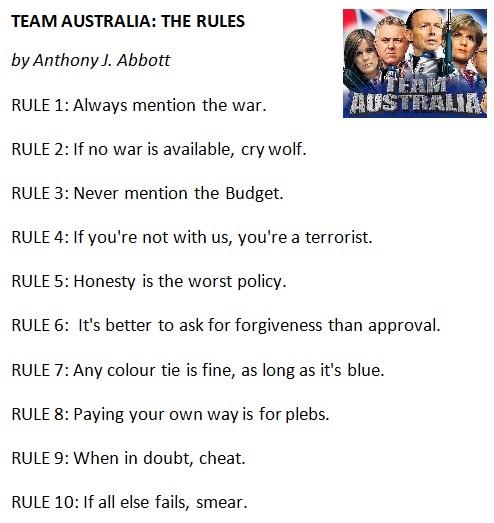