As former Obama adviser Ben Rhodes tweeted Tuesday: “Conservative MPs in UK finally standing up to Boris sadly underscores how much conservatives in the US have been cowardly in the face of Trump.”

“Cowardly” might be an understatement. Quivering Republicans have turned the party of Lincoln into a cult of Trump. They are the president’s supine enablers — and history won’t be kind to them. 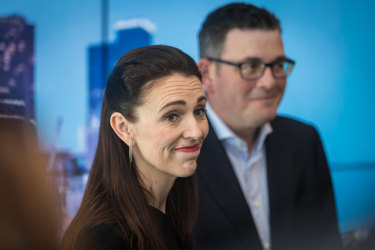 Fighting Fake News with Real,19/7/19; Jacinda Adair is talking directly to Murdoch Media and the Alt-Right;

Brett Kavanaugh may or may not be an attempted rapist, but one thing is clear. The Republican senators are according him all the honors of white privilege. That includes a presumption of innocence that statistically speaking, white juries do not accord African-American defendants.

Samuel R. Gross, Maurice Possley, and Klara Stephens have shown that African-Americans show up in cases of exoneration from crimes they did not actually commit at many times the rates of whites. That is, African-Americans are 13% of the US population but they make up a *majority* of persons exonerated when DNA tests are now administered.

*innocent black people are about seven times more likely to be convicted of murder than innocent white people.

The system on average puts African-American defendants in jail for 3 times longer than white defendants.

via If Brett Kavanaugh were African-American, Would he be Going to Jail.”