California’s Air Resources Board has announced a wide-ranging set of plans aimed at taking the state to net carbon zero by 2045. This step will involve radically reducing the use of fossil fuels, to the point where any carbon dioxide they emit is less than or equal to the carbon absorbed, e.g., by the state’s forests and other carbon sinks. The unprecedented push for a rapid transition away from carbon emissions is likely the most ambitious in the world. If California were a country, it would have the fourth-highest nominal GDP in the world ahead of Germany, so it is a potential model for other industrialized communities. 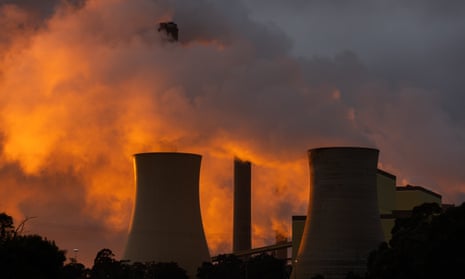 So much for back patting we are still laggards

Australia continues to trail other developed countries in addressing the climate crisis, in part due to the Albanese government’s support for new fossil fuel developments, according to an analysis released at the Cop27 UN conference in Egypt.

The rich get told , They Pledge in Public. Then do Sweet FA.

Leaders from poor countries criticised wealthy governments and oil companies for driving global warming, using their speeches at the COP27 climate summit in Egypt to demand that they pay up for damages being inflicting on their economies.

As much as it pains me and no doubt Andrew Bolt he’s only runner up to the worst of the worst at Sky. He never seems to get a gong for anything. The 80-year-old from Sydney beat him by lengths and Rown Dean was also near to making him an also-ran.

Sky News has just spent the Day 2 of News Corp’s climate action campaign showing worrying statistics that suggest an alarming number of Australians are misinformed on climate change and the facts regarding the importance of climate action, leading to the network asking how the so many Aussies could be so misinformed on such a serious issue?We know it could be hard for Sky News to find these since they have scrubbed the pushback against climate action from the transcripts of their coverage, here are our picks of some of the best possible culprits to blame for this situation.

Source: ‘Why Aussies are misinformed on Climate Change?’ – Top 10 answers for Sky News’ question | The Chaser

The dominance of ‘econobabble’ and market approaches have hurt climate action. That’s why renewable energy is vital to the future of the climate and the economy, write Dan Cass and Andrew Bray. The world seems particularly chaotic this winter. The climate news is diabolical, with fears about melting of the Arctic permafrost and the ancient ice stores of theMore