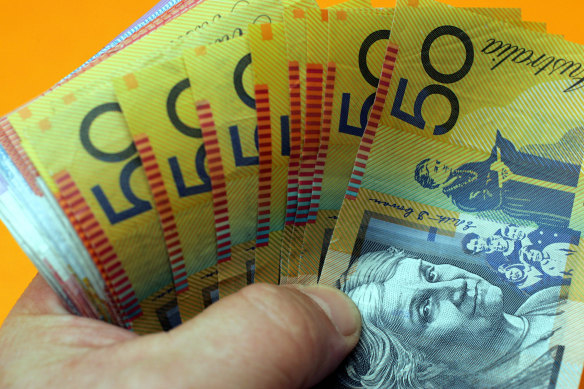 As the Los Angeles Times reported late Friday, the accidental shooting death of Halyna Hutchins on the New Mexico set of “Rust” took place six hours after several union crew members left the location and were replaced by non-union workers.

Much of Australia is back under pandemic lockdown thanks to Coalition mismanagement. The Liberals have used the crisis to bolster big business. Now the workers’ movement needs to champion its own measures to counter the pandemic and rebuild the economy.

Source: Australian Business Has Used the Pandemic to Attack Workers — Now It’s Time to Fight Back 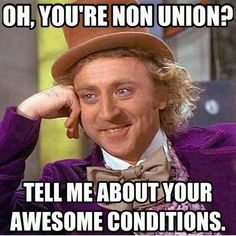 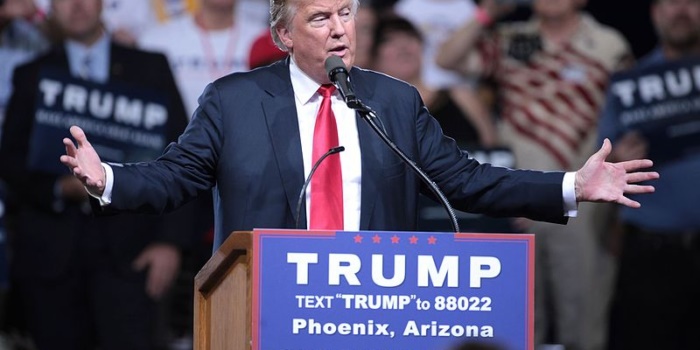 Unite the poor by fighting racism

According to the Poor People’s Campaign, there are 140 million Americans living in poverty or near poverty. Those living near poverty are low income workers who are one paycheck away from “official” poverty (which is set at a ridiculously low standard). About half of those in or near poverty are white — although poverty is significantly higher percentage-wise among the Black, Latino and Native populations. The total breakdown of poor people in the country is 66 million white people, 26 million Black people, 38 million Latinos, 8 million Asian Americans and 2 million Native people.

What is needed in the United States is to promote a class-wide rebellion of the working class that lives in or near poverty. This is not only possible but it is an imperative need. Racism and white supremacist ideology is the most potent and nurtured weapon of the ruling class to retain power. It is the principal obstacle to such a class wide rebellion to end poverty. To dislodge the capitalists from power requires a fighting movement that promotes the rise of a genuine popular democracy that puts state power in the hands of the poor and working class. Central to such a movement and to its eventual victory is an uncompromising war against any manifestation of racism.

via Trump the Magician: The Real Function of Racism and Xenophobia Like moths to a flame, the Liberal Party is drawn to picking fights over industrial relations. According to The Australian Financial Review’s Phillip Coorey, a group of backbenchers is champing [$] at the bit after a briefing last week from the Australian Chamber of Commerce and Industry, and a rev-up at the weekend’s Conservative Political Action Conference by Queensland LNP senator Amanda Stoker, who attacked unfair dismissal laws and blamed the complexity of awards for wage theft

.there are already signs of an ideologically driven agenda in the union-busting Ensuring Integrity Bill, which is being pitched as an answer to the militancy of the CFMMEU and its rogue Victorian secretary, John Setka. The Saturday Paper’s Mike Seccombe suggested recently that, given expert opinion that existing laws could provide a path to deregistration of the CFMMEU, Setka is “not the reason for the proposed legislation, but the excuse”.

via WorkChoices 2.0 | The Monthly

If there ever was an issue where erring on the side of caution is preferable to the alternative, it is global warming. Donald Trump, whether he and his sycophants want to acknowledge it or not, already has blood on his hands created by his racist rhetoric. Will his “grand finale” be a legacy that results in the deaths of millions?

GREED. Too many lifestyles, particularly of the wealthy, are driven not by what they can leave for the future, but how much profit they can make today; therefore, any laws that impede their greed are anathema.

And for those who believe that America’s so-called “leaders” will do what the greedy and corrupt will not: FORGET IT. In addition to Trump seeking to obliterate climate change from the nation’s, and world’s, consciousness, several rulings by America’s corrupt and politicized Supreme Court have ensured that, for decades to come, plutocrats and corporations will be able to buy and sell politicians like trading cards.

via Trump and his minions are preparing to kill millions The children of working stiffs learned a brutal lesson this week as federal prosecutors criminally charged rich people with buying admission to elite universities for their less-than-stellar children.

The lesson is that no matter how hard you work, no matter how smart or talented you are, a dumb, lazy rich kid is going to beat you.

via America’s Economy Is Rigged From Top to Bottom 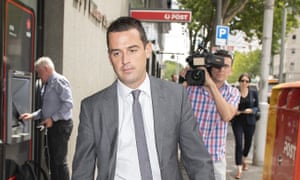 Is this a cas of Contempt of Court? (ODT)

Michaelia Cash’s former media adviser has admitted in court that he leaked details of a federal police raid on the Australian Workers’ Union but declined to say who tipped him off. 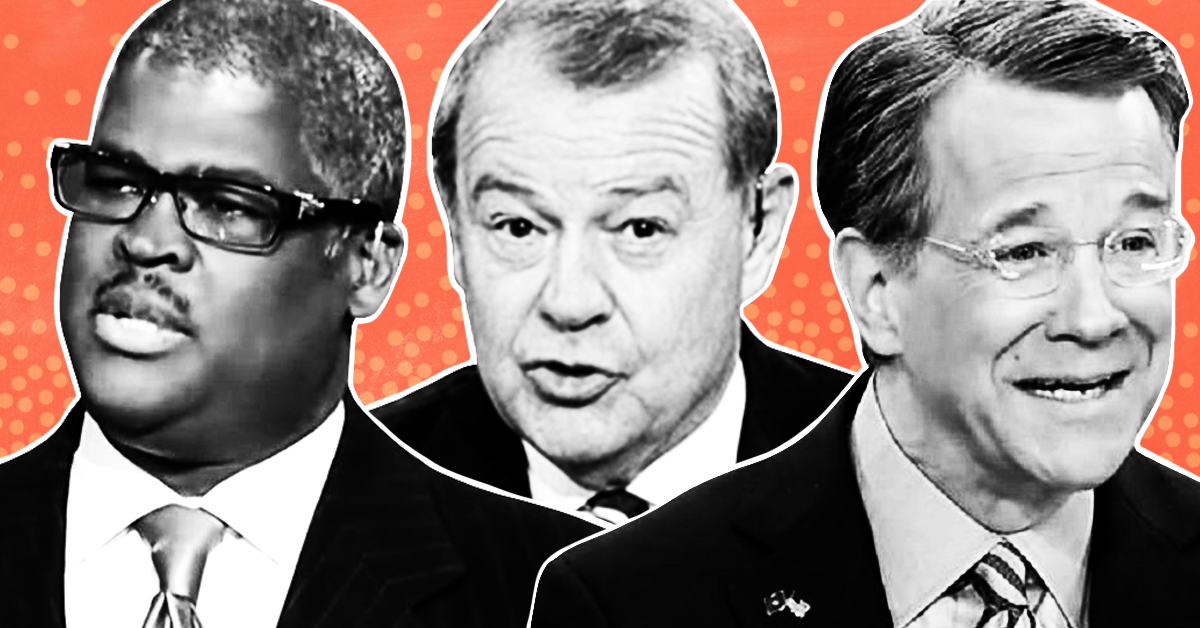 The Murdoch Party in America shows their true colours (ODT)

After new polling was released showing the overwhelming popularity of raising taxes on millionaires and billionaires, Fox News and Fox Business figures blasted voters as “brainwashed” and ignorant and even claimed that some taxes on the wealthy are “anti-human.”

A Fox News poll released at the end of January showed that a vast majority of registered voters — 70 percent in total — support raising income taxes on families making more than $10 million per year, and 65 percent support raising income taxes on those making more than $1 million per year. A Morning Consult/Politico poll released on Monday showed 61 percent of registered voters favor a wealth tax on households worth more than $50 million. Two other recent polls also found majority support for increasing taxes on the rich. But Fox hosts and guests decried these proposals as “one big giant con” amounting to a “war on the wealthy.” 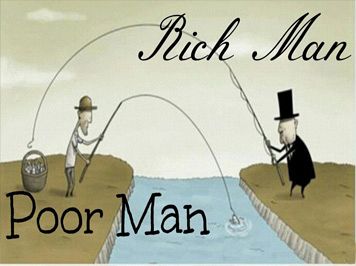 IF the Government thinks the nation’s credit card can afford $144 billion in personal income tax cuts and $65 billion in business tax cuts, why can’t it afford:

I say, if we truly do believe in a fair go in this country and our government wants to screech “class warfare”, well, you don’t need to be ALP or Green, just a decent human being to say:

via Fair go! I’ll give you class warfare By James Moylan To understand this lesson, first we must put aside all of the bullshit journalistic clichés and begin to talk about the Trump phenomena in a realistic manner. This is essential if we do not want to see the same thing occurring in Australia, because our press is failing us in exactly the…

Source: Trump, the Media and the Underclass. A Lesson for Australia – » The Australian Independent Media Network 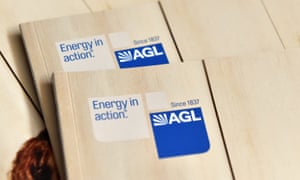 Hundreds of workers at one of Australia’s largest power plants will have their pay drastically slashed by up to 30 per cent. 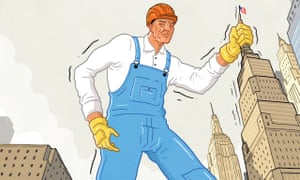 Midwestern workers voted for Obama in 2012, but they have lost faith in the establishment. Trump echoed their resentments while promising change I haven’t telephoned Centrelink in over three years, but I still have a conditioned reaction of immediate panic whenever I hear the Centrelink hold music. The number of hours I spent listening to the cheery Mozart string arrangement over tinny mobile phone speakers doesn’t bear thinking about; it must be in the hundreds. Every minute of those endless hours was torturous, especially since most calls to Centrelink involve the risk that your meagre welfare allotment is under threat (or has already been suspended). 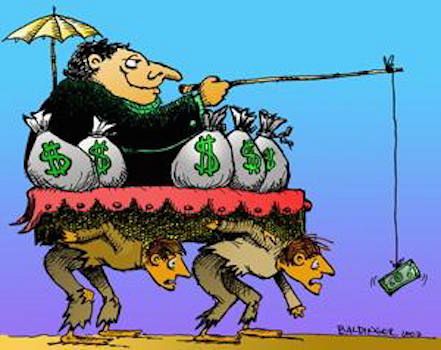 Source: From democracy through plutocracy and kleptocracy to hypocracy