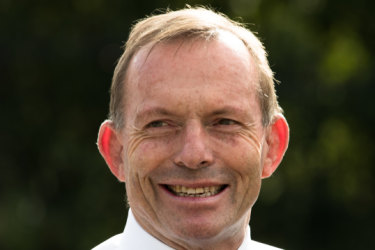 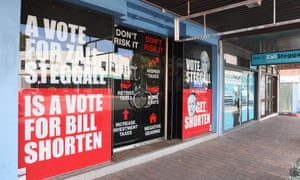 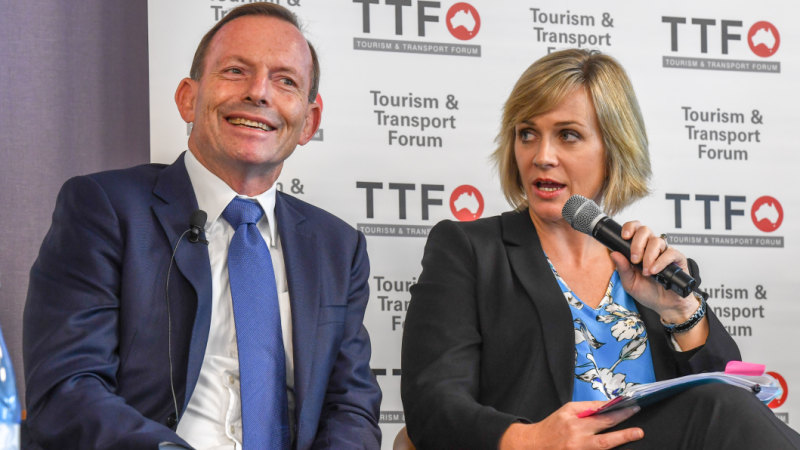 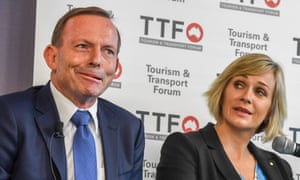 “So many things that he does the cameras don’t see,” Tani Rickle says.

Please don’t turn your back on him

“These far-left activists want to weaken our borders, make our electricity bills more expensive, and divide our nation with the politics of identity and race.” Abbott 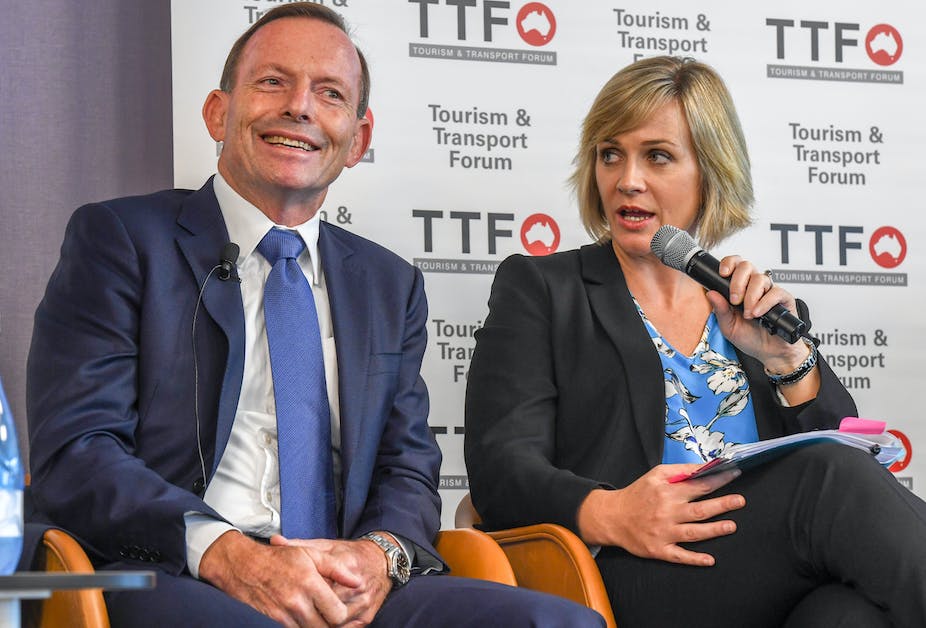 The gainers from these spectacular plays were Zali Steggall, the independent candidate who is trying to oust Abbott in Warringah, and Bill Shorten, who is handed another break in his campaign to defeat the government.

Years ago, in a much earlier round of the climate and emissions wars, Abbott referred to himself as a “weather vane.” That accurate self-assessment invited ridicule, but his latest change of direction is beyond absurd.

For months, Abbott was calling for Australia to exit Paris, like the Americans. It was part of his unremitting campaign against Turnbull, and the then PM’s drive for a national energy guarantee.

But Abbott’s new view is that leaving Paris is unnecessary.“I’m not calling for us to pull out now,” he told a Warringah candidates’ debate on Friday.

“We had an emissions obsession that needed to be broken and it’s now changed”, with a new prime minister and a new energy minister, he said.

“We can meet our Paris targets without substantial policy change and without significant additional costs on the economy.”

Abbott’s beef with the Paris agreement – for which his government set Australia’s targets – was tied to his jihad against his successor.

What’s mostly changed, though, is Abbott’s own circumstances. He faces what’s for him an existential threat – the risk of being driven out of parliamentary life. Steggall has climate change at the centre of her campaign.

But can Abbott really think his local voters are so naïve that they’ll be convinced by such an obviously expedient shift of position? They know him too well for that.

University of Canberra research has shown they are critical of him, especially over his opposition to same-sex marriage and his wrecking behaviour.

Isn’t his risk that they could simply become more cynical, concluding he’s taking them for mugs, and he could worsen rather than improve his position?

And apart from how Warringah will read his latest shift, what about his vocal right-wing supporters? You’d expect they would be shocked by this backflip.

Abbott didn’t do a full conversion, however – he remains a coal advocate, suggesting the Snowy Hydro Corporation could invest in it.

That was enough to bring in Turnbull, who slapped down his nemesis from afar. Oceans and time zones mean nothing when your anger burns hot and Twitter’s at hand.

“But it isn’t, ” Turnbull tweeted from London in response to Abbott’s claim about cheapness. “Today the cheapest form of new dispatchable or base load energy is renewables plus storage.

“We are now able to have lower emissions and lower prices but we need to plan it using engineering & economics rather than ideology and innumerate idiocy”.

via View from The Hill: Tony Abbott tries some climate adaptation for the winds of Warringah

There is a groundswell in Warringah and – worryingly for Abbott – the disparate groups are coordinating
If the posters popping up around Manly and sales of anti–Tony Abbott T-shirts are any gauge, the member for Warringah has a fight on his hands.

“There’s a huge amount of grassroots activity. Organisations are popping out of the ground everywhere. And we are finding each other,” says Louise Hislop, the convenor of Voices of Warringah.

Targeting Tony Abbott: inside the micro-campaigns to unseat the former PM | Australia news | The Guardian 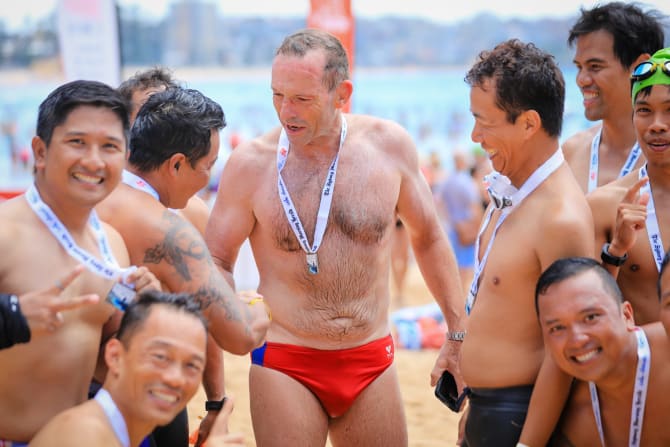 “It helped to expose the myth that the base of the Liberal Party is monolithic and all watch Sky News ‘after dark’.”

The request was straightforward, but some members fed up with his role in Canberra’s leadership convulsions and immovable conservative views on social issues were in no mood to comply. Shortly after his war cry, 32 per cent of members voted against endorsing his preselection. One in three preferred an empty chair to a former prime minister and Liberal leader. Abbott walked out of the RSL club a weakened figure, and facing questions over his political future.

A senior Liberal who opposed Turnbull’s toppling of Abbott in 2015 says “goading” doesn’t go close to describing the force of Abbott’s interventions: “Tony’s actions are destructive, selfish, and driven by bitterness and revenge. Unfortunately, that has proven very effective for him in the past.” 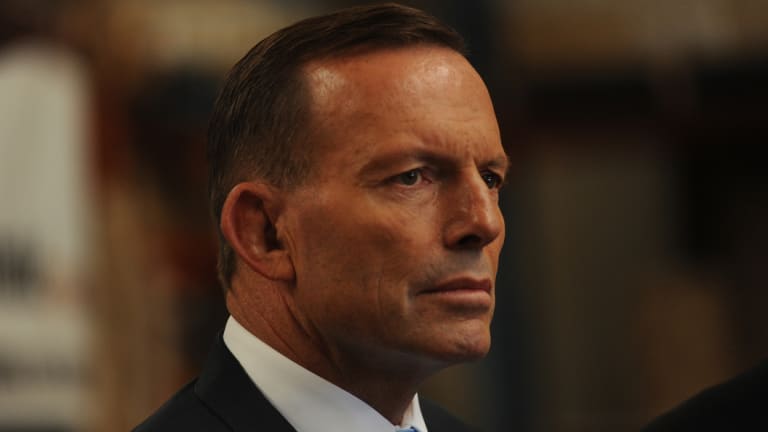 Michael Regan, the popular Northern Beaches Council mayor who was elected in 2012 with 56.33 per cent of the vote, played down the idea that he would contest Mr Abbott’s blue ribbon Sydney seat of Warringah as an independent but he stopped short of ruling it out.

In pointed criticism of both sides of politics, he said the community was “fed up with the power plays and ego-driven games taking place in Canberra”.

“Our Parliament’s become a laughing stock and all of us deserve better,” he told Fairfax Media.

Friday’s vote has again exposed the deep rift between moderates and conservatives inside the Liberal Party.