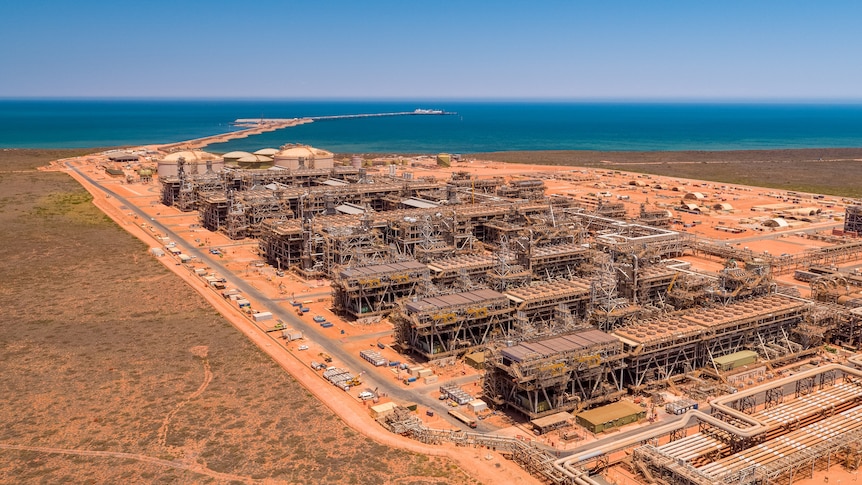 Two decades ago, then-treasurer Peter Costello blocked Shell from a takeover of Woodside, arguing that a foreign takeover of the North-West Shelf was against the national interest. It’s happened anyway. 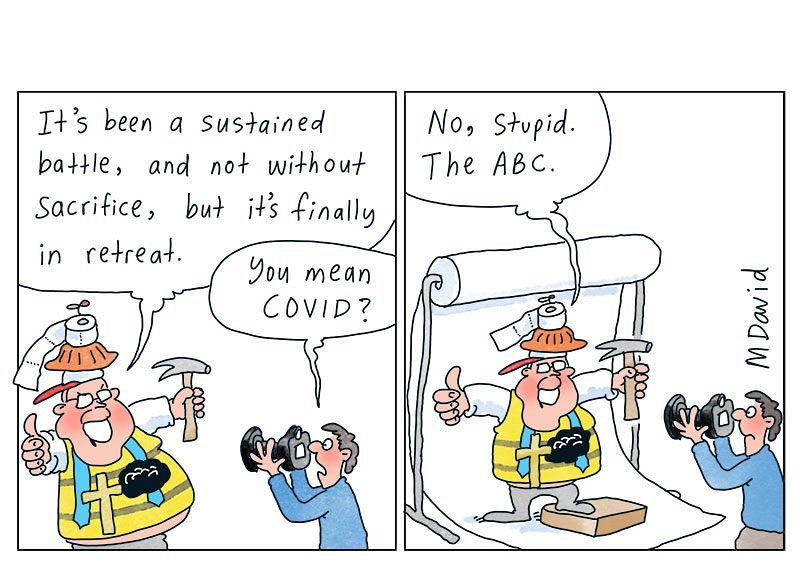 Supposing the Morrison Government wanted to turn successive failures to destroy the ABC’s credibility into a success story, it could not do better than make significant Murdoch appointments to the ABC board, writes Paul Begley. 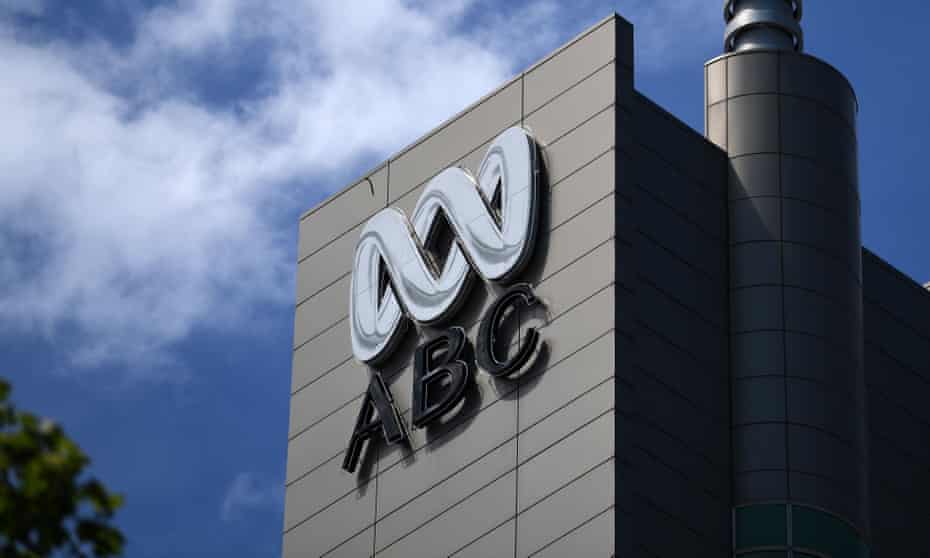 It started with Howard but got far, far worse when Abbott arrived intent on fulfilling the IPA’s wish. Despite pre election promises of NO CUTS TO THE ABC Morrison ensured their ABC’s budget was brought back to 1984 levels. Meanwhile under his leadership government debt exploded by 200% to nearly $1 Trillion. Only  30% of that increase was due to the pandemic. Yet the government believed that its actions should remain unquestioned.

The ABC’s relationship with the Howard government was never easy, and the 2001 cabinet papers, released by the National Archives on Saturday, reveal tensions between the government’s desire for budget cuts and fear of alienating its supporters who valued the national broadcaster. Despite having promised during the 1996 election campaign that the ABC’s budget was safe, within four months of coming to office John Howard’s government cut it by 2% and announced a review of the role and scope of ABC services by Bob Mansfield, the founding chief executive of Optus. Howard’s senior adviser, Grahame Morris, characterised the ABC as “our enemy talking to our friends” and Howard himself had accused the broadcaster of being left-leaning.  But the dilemma for the Coalition was the ABC was valued by its supporters, particularly in the bush, and cuts to the ABC often played badly in the regions. The cabinet papers released by the National Archives provide more evidence of the uneasy relationship

Source: John Howard and the ABC: desire for cuts came up against Liberal support for broadcaster | Cabinet papers | The Guardian

Above all, Morrison’s backing of Gladys helps normalise corruption as a way of government and the price of doing business. Whilst it’s a dog-whistle to the “freedoms” mob demonstrating against being vaccinated and imported lies and conspiracies about a deep state, it is also an act of desperation born out a Machiavellian realpolitik that tells him his government needs to win at least one other seat in NSW. “Politics is governed by the iron laws of arithmetic” his mentor Howard drily opined in an absurd reduction that helps our democracy drown in cynicism and distrust. In reality as Tony Fitzgerald argues, we need every politician to acknowledge that “membership of a political party doesn’t excuse them from their personal obligations to act honourably, and political parties to understand that voters will only vote for politicians who make and keep promises to act ethically.” 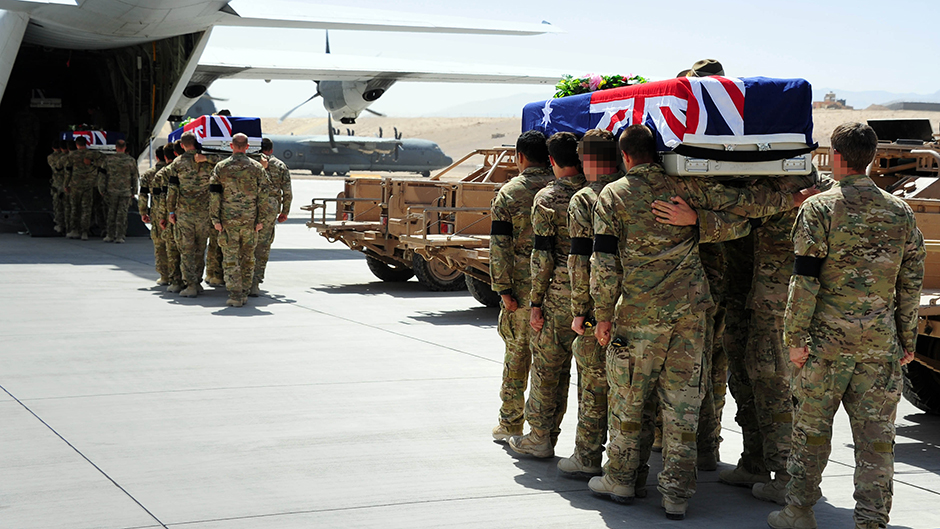 Fighting Fake News with REAL 6/6/21 Ben Roberts- Smith; The ABC; Pandemics What are we doing?

After Abbott turned his back on the Pacific by defunding the ABC and The Australian network in the region. By removing the funding from DFAT to the tune of approx $250 mill and  andreducing the ABC’s budget by some 30% since the 1980s. Abbott had promised “No Cut”. Now the current PM is trying to retrieve what has been determined an election error during this term without restoring the damage done to the ABC andRadio Australia (ODT)

To counter China’s growing influence in the South Pacific, Australia’s Prime Minister Scott Morrison says he wants to step up his country’s engagement in the region. Of course, The Australian is Rupert Murdoch’s favourite broadsheet. It loses around $20 million every year but Murdoch refuses to give it a decent burial, instead, using it as a feeder publication for the likes of Jones, Bolt and Hadley and other shock jocks of dubious accountability.

Shock jocks who shout the most outrageous lies and vilify people’s character with impunity and in the process do nothing to promote decent democratic illumination.

The Australian online edition is full of anti-ALP headlines that at times beggar belief. One example is their support for the Government’s massive tax cuts for the top end of town. One day recently I counted 10 headlines either supporting the government or attacking Labor.

In every publication, derogatory names for the Leader of the Opposition are used more often than “stop the boats.” Because of there juvenile nature none have captured the imagination of the public. Now they are having another go with “Unbelieva-Bill.” Unbelievable isn’t it.
–– ADVERTISEMENT ––

Of course, these days Murdoch and his majority-owned newspapers; with blatant support for right-wing politics have done nothing to advance Australia as a modern enlightened democratic society. On the contrary, he has damaged it, perhaps irreparably. His only interest seems to be the elimination of the ABC and the superiority of right wing conservatism.

via Day to Day Politics: The Murdoch machine has started its right wing crusade – » The Australian Independent Media Network There is great value in maintaining a national broadcaster that is publicly owned and funded, politically independent and fully accountable. Public ownership brings a distinct difference to the broadcasting system, with national broadcasters required and able to provide comprehensive, innovative programs not influenced by commercial imperatives. But it seems the government’s appointees to the board…