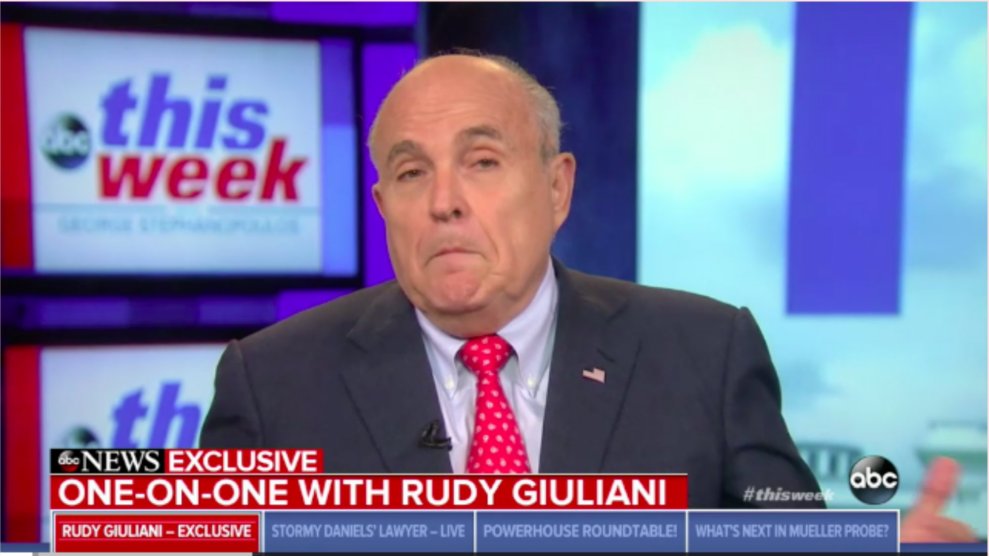 On the first point, Giuliani told host George Stephanopoulos that Trump didn’t have to comply with a subpoena from Mueller. “He’s the president of the United States,” he said. He also said wasn’t sure that Trump wouldn’t exercise his right to remain silent during questioning from Mueller—never mind that in the past Trump has basically said that only guilty people plead the Fifth.