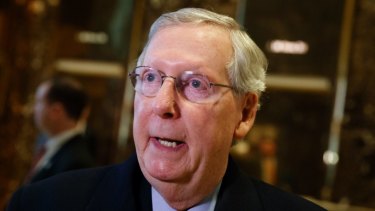 The GOP’s criticism of Twitter comes as Trump and McConnell are being pressured to endorse gun control measures after last weekend’s mass shootings in El Paso, Texas, and Canton, Ohio, that left 31 people dead.

Trump’s denigration of minorities and immigrants has prompted many to blame him for contributing to an anti-immigrant atmosphere.

Israel’s newspapers have recently reported that tens or perhaps hundreds of thousands of previously ineligible Israeli citizens will now be eligible to apply for gun licenses. This may sound familiar. Haven’t we already heard about Gilad Erdan’s “gun for every person” plan? Why is it, once again, making headlines?

US President Barack Obama on Thursday angrily called for stricter gun laws after the latest mass murder in Oregon and took aim at the powerful National Rifle Association gun lobby for blocking reform.

A vigil for Deah Shaddy Barakat, Yusor Abu-Salha and Razan Abu-Salha on the campus of North Carolina State University.

Search warrants show the suspect in the shooting deaths of three Muslim college students in North Carolina had an arsenal of a dozen firearms in the home he shared with his wife, along with a large stash of ammunition.

Records filed in Durham County superior court on Friday list items recovered by police from the Chapel Hill condominium of Craig Stephen Hicks, the 46-year-old charged with three counts of first-degree murder. The warrants show that three handguns were recovered from the Hicks home, in addition to a pistol the suspect had with him when arrested. Also listed are two shotguns and seven rifles, including a military-style AR-15 carbine. Police also recovered numerous loaded magazines and cases of ammunition. Eight spent shell-casings were found in the neighboring apartment of the young couple killed.

Hicks, who was arraigned on Wednesday morning, is being held without bond until his next hearing, set for 4 March.