via Morrison’s credibility as leader goes up in a cloud of smoke. – » The Australian Independent Media Network 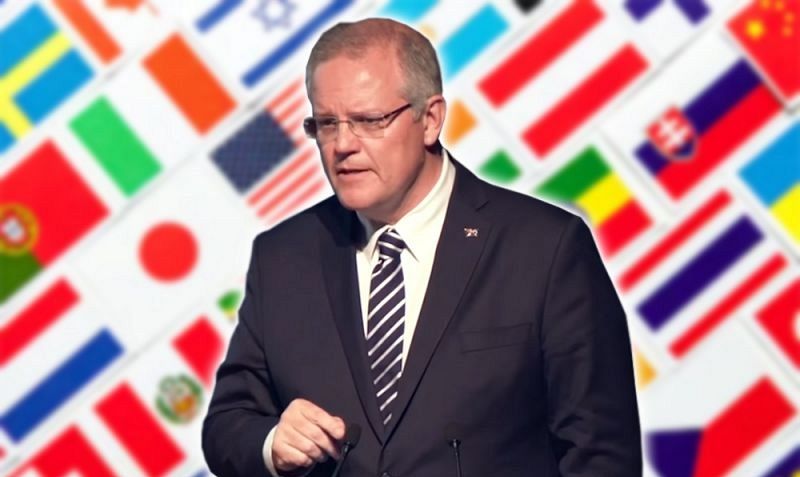 via Morrison is wrong: Global cooperation is the way forward 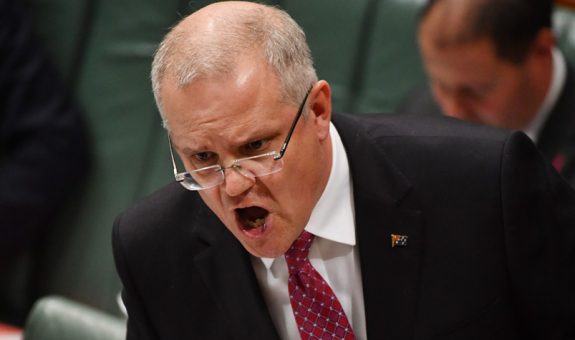 Yes, leadership has its ups-and-downs, but I don’t think that I’ve ever seen someone who moves up and down as much as the human yo-yo, Scott Morrison. You know how the yo-yo works: it reaches the end of the string and it hurries back up to the top only to immediately sink again.

I guess the thing that struck me about Yo-yo Mo’s threat to sue Aly was the simple fact that Waleed was reporting something that had been widely reported in various sources years ago. When it was first reported, our PM told us that he didn’t comment on Cabinet discussions. Not so last night, where he assured us that he brought up concerns about Muslim immigration because he wanted to “address them”. He didn’t explain how he hoped to address them as Shadow Opposition Immigration minister. Maybe he planned to help promote unity by complaining about the taxpayer funding flights to the funeral services of asylum seekers who perished when the ship crashed on Christmas Island.

Or perhaps he was trying to help last night when he assured us that there were over fifty people on Manus and Nauru who had “character” concerns. When asked how many of them were actually “rapists, murderers and pedophiles”, he was less clear, but it was clearly “significantly more than one”…

Is three significantly more than one? It is 300% after all.

Still, I’m not sure what the point is. Is he suggesting that a non-convicted pedophile with a life-threatening condition which couldn’t be treated on Nauru would be allowed to die because we couldn’t keep them under control if they came to Australia? I mean, George Pell was taken to hospital because he’s got the flu and he’s an actual convicted sex offender.

Watching last night, I couldn’t help but think that this Waleed Aly interview will be called a “trainwreck” which – as I wrote a few weeks ago, trains actually have tracks which they go off; this mob in Canberra resemble a car where the fighting for the steering wheel has become so intense that the wheel itself has ended up in the boot.

via Yo-yo Morrison And The Ups-And-Downs Of Making A Decision! – » The Australian Independent Media Network

Firstly, Tony Abbott. As if he had not embarrassed himself enough during this year, the latest but not necessarily the last effort was his astonishing suggestion that removing the carbon tax was his greatest achievement in 2014.

“Well, you know, it is very important to do the right thing by families and households,” Abbott said. “As many of us know, women are particularly focused on the household budget and the repeal of the carbon tax means a $550 a year benefit for the average family.”

Why is it a challenge? Does he mean that there is no one of sufficient competence or that the challenge is for him to overcome his own difficulties relating to women? One would think that there are plenty to pick from already; many of whom would clearly outshine some of the male deadwood he has there now. So, do we conclude that he is the problem, not the women?  Or should we just let Anthony Albanese have the last word? “There is no issue too big for Tony Abbott to show how small he is as a thinker,” Mr Albanese told Fairfax Media.

Now let’s look at Joe Hockey. If ever we needed proof that his budget measures and his actions since were creating a defence line for his elite, excessively wealthy neo liberal support base, we have it with what we read on page 117 of his MYEFO statement.

In short, his broken promise to impose new tax avoidance rules to stop multinational companies from loading debt on their Australian subsidiaries, says it all.

It was the Gillard government that planned legislation to abolish section 25/90 of the Income Tax Assessment Act 1997 that enabled tax minimisation deductions for global corporations.

In November 2013, Joe Hockey announced that the government would not proceed with the package but instead would introduce a targeted anti-avoidance option after consultation with the participants involved.

In this month’s MYEFO statement we find hidden way back on page 117 the following announcement: “The government will not proceed with a targeted anti-avoidance provision to address certain conduit arrangements involving foreign multinational enterprises, first announced in the 2013-14 MYEFO.”

The reason? That it would cause, “unreasonable compliance costs on Australian companies” with subsidiaries offshore. “That means more revenue flowing out the door to multinationals, which means worse services and higher taxes for Australians,” according to Andrew Leigh, Shadow Assistant Treasurer.

What a pathetic cop-out by Hockey. How hard would it be to exempt Australian owned companies from the legislation?

On his Facebook page, Wayne Swan says, “This decision leaves open a huge loophole that will bleed our tax revenue for years and is yet another example of how this Government is reneging on essential structural reforms required to make our budget sustainable.”

Swan concludes by saying, “Joe Hockey’s deceptive rhetoric about all Australians needing to pay their fair share is yet again exposed by this decision to give further tax breaks to large multinational corporations.”

Then there is Scott Morrison whose actions as Minister for Immigration and Border Protection betray his self-professed Christian principles of standing up for the truth, standing up for justice, standing on the side of the poor and the hungry, the homeless and the naked.

Contrast this with the circumstances on Manus Island that led to the death of Reza Berati, with the recent transfer of Sri Lankans at sea, with blackmailing the Senate cross benches promising to release children in detention on Christmas Island in return for the reintroduction of Temporary Protection Visas.

Many politicians cloak themselves with so-called Christian principles when describing themselves publicly, so in that sense Morrison is not alone. And it is easy to recall such obvious contradictions in one’s words with one’s actions as we can with most of them. So we should not be surprised when so-called Christian principles employed to win votes are quickly dispensed with in favour of pragmatism.

Now he had been given the Social Services Ministry as a reward for stopping the boats, as if stopping the boats was an achievement; as if engaging a nation’s Navy to stop a handful of desperate people trying to find a safe haven was considered clever.

However, he may well find treating Australian citizens similarly is a different kettle of fish. We shall see if his belief in standing up for the truth, standing up for justice, standing on the side of the poor and the hungry, the homeless and the naked continue to conflict with pragmatism. If it does, he might well find himself and his government in a different kind of struggle.

So, what is left to say about 2014 that hasn’t been said? The ongoing incompetence and absurdity of the Abbott government has provided a rich canvas for political commentators. We can only hope they keep providing us with similar material in 2015. I certainly expect they will.

This constant harping on about removal of the carbon tax, the mining tax and stopping the boats only serves to highlight the absence of any vision for the future. They represent an ideas vacuum; a government that won by default, that was never prepared for what lay ahead and doesn’t know how to move forward.

Meanwhile the world will face some pretty ominous challenges in 2015 and there’s not a lot of confidence that those who lead us will manage those challenges well.